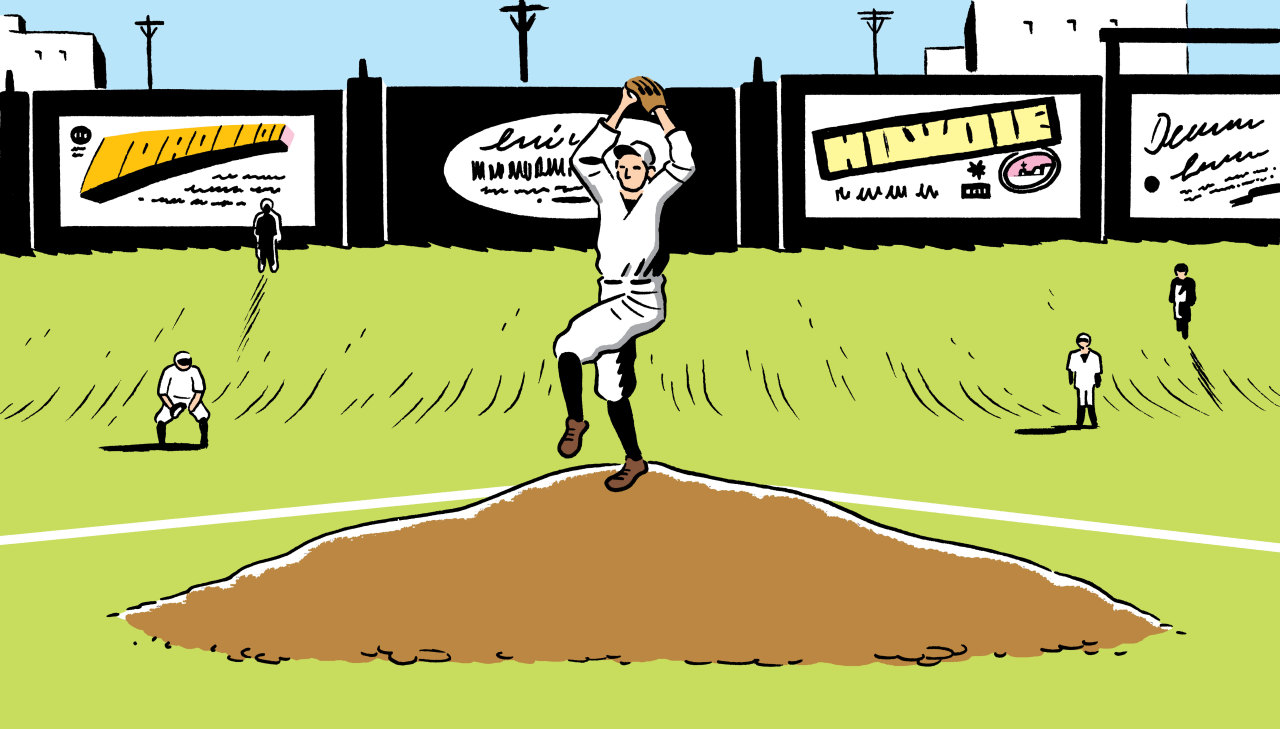 They called him “Shotgun” Rogers. In 1916, Nashville Vols pitcher Tom Rogers earned that nickname with a fastball that called a cannon to mind, and what, in the sports-writing parlance of the day, might have been called “sterling displays of boxwork.” He won 24 games for the minor league club that year, and led the team to the Southern Association championship. In an era before television, before radio, when small towns saw big leaguers only during rare off-season barnstorming trips, these independent clubs were the only game in town. In Davidson County, Rogers was a hero, a country boy made good in the big city. But on June 18, 1916, Shotgun Rogers, aka the Gallatin Gunner, earned his deadly nickname a second time around.

Pitching in Mobile against the Sea Gulls, Rogers launched one of his famous fastballs at Johnny Dodge, a smooth-handed third baseman who had played in Nashville the year before. A happy-go-lucky type sometimes criticized for a lack of commitment to the game, Dodge had—according to the Tennessean‘s Blinkey Horn—”recently coupled his latent faculties with self mastery.” 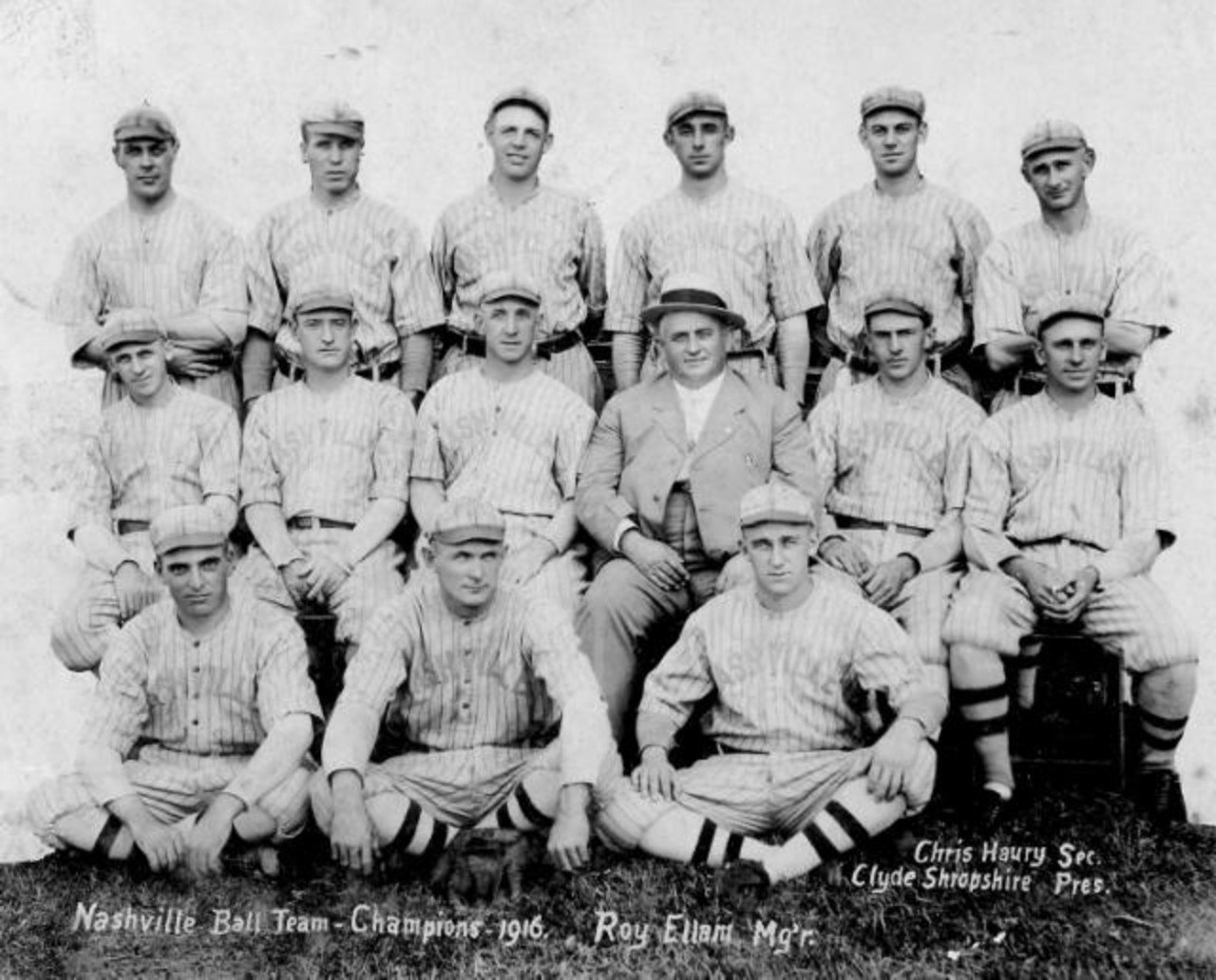 The Nashville Vols in 1916. Photos courtesy of Skip Nipper.

“When that juncture was reached,” wrote Horn, “his success was assured.”

But Dodge also had a nasty habit of “running out into the diamond to meet a curve before it broke”—an unorthodox bit of the gamesmanship that has long since disappeared from the sport. That day in Mobile, Dodge ran to meet Rogers’ pitch, but the ball did not curve. At “cannon-speed,” it sailed into Dodge’s face and “knocked him to the ground like a log.” A “hasty examination” suggested he would recover. He didn’t, dying of a brain hemorrhage after passing out in the clubhouse showers.

Contemporary accounts tell us nothing about Rogers’s reaction. In those days, ballplayers’ private lives were private, in victory and in tragedy. Rogers is not quoted in the newspaper accounts of Dodge’s death, and there is no way to really know how the on-field catastrophe affected him. But the newspapers do record that, three weeks after his fastball killed Johnny Dodge, Shotgun Rogers threw a perfect game.

It’s a fine example of a historical footnote. Just a few sentences in an obscure baseball history book—”Man kills former teammate; man throws perfect game”—that make one desperate to learn more. But there’s not much more to learn. Newspaper accounts of the perfect game, though lavish in their praise of Rogers, neglect to mention Johnny Dodge. The dark side of the narrative is left out completely, making this footnote a reminder that in sports—as in plenty of other areas—narrative is malleable. When the facts are thin enough, the narrative can be whatever we want it to be. 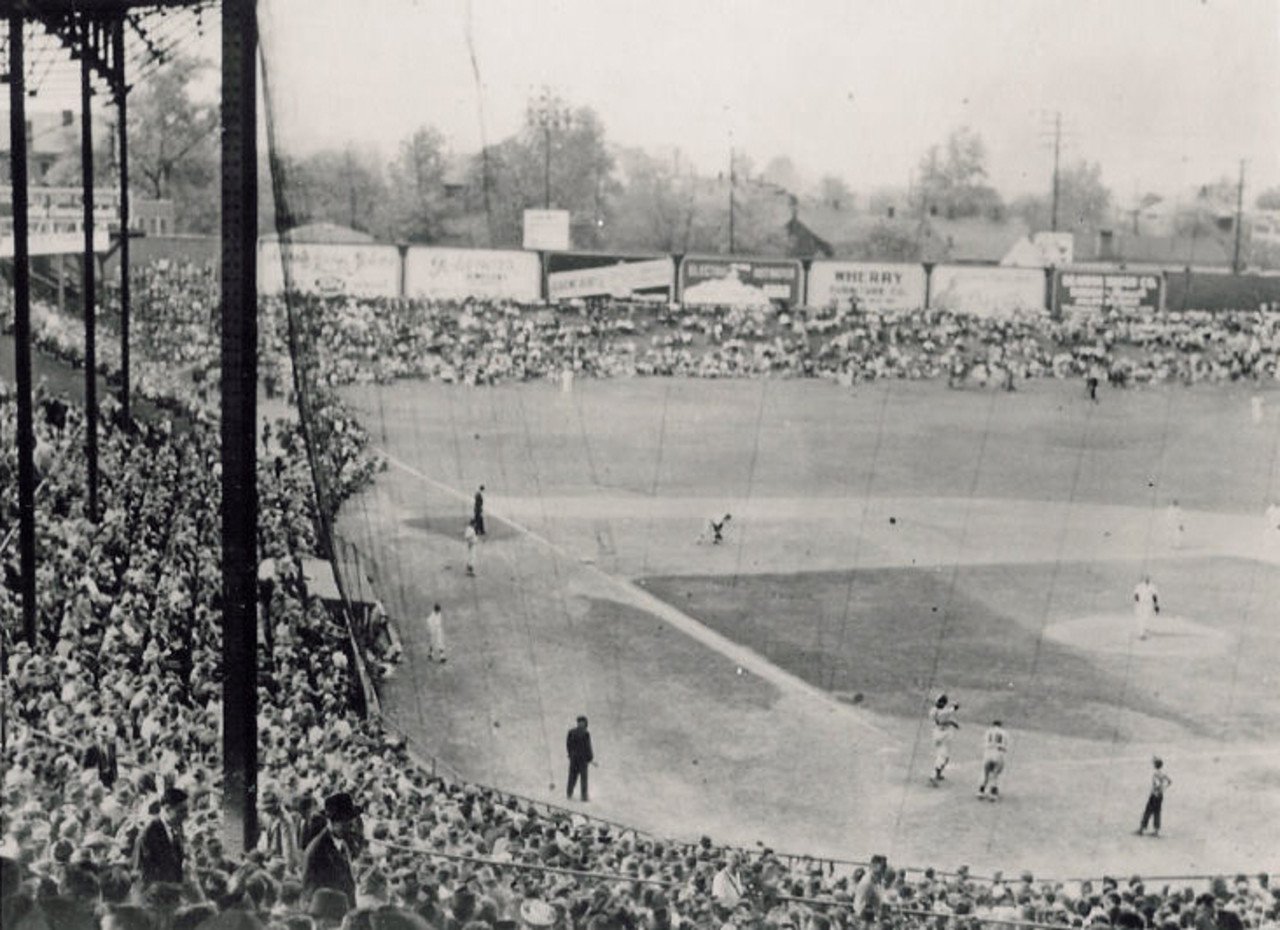 In those days, Nashville baseball was played at Sulphur Dell, which the New York Times once called “the world’s most improbable ballpark.” The playing area was mitten-shaped: long to left field and center, but just 262 feet to right, where the wall was topped by a screen ten feet taller than the Green Monster. Outfielders were known as “mountain goats” because of the outfield “dump,” a steep hill that, in right field, rose as high as 22.5 feet and earned the park the nickname “Suffer Hell.”

Low-lying, swampy and cramped, the Dell was a stopover for Major League teams coming up from spring training, and on April 7, 1927, the state legislature adjourned early to watch the Yankees play the Cardinals.

“I’d read that Babe Ruth took one look at the park when he came through the dugout,” says Skip Nipper, author of Baseball In Nashville, “and said, ‘I’m not playing right field, because I wouldn’t play on anything a cow wouldn’t graze on.'”

It took two days for the news of Dodge’s death to filter back to Nashville. In the Tennessean of July 19, it’s simply mentioned that the game was “weird,” that Rogers’s fielding was “miserable,” and that Dodge took one to the forehead in the seventh. The next day, under a photo of Dodge in action, Horn gives his eulogy, leading with the news that “The Great Umpire has called Johnny Dodge out.”

The on-field death, Horn tells us, was “without a parallel in Dixie,” and it was the last in the minor leagues until 2007, when a line drive claimed the life of Mike Coolbaugh, first base coach for the Tulsa Drillers. After Coolbaugh’s death, the Houston Chronicle interviewed Jane Thomson—Rogers’ 85-year-old niece—to ask about the man her uncle killed. According to her, Rogers and Dodge had been close friends, rooming together for several years before the third baseman was traded to Mobile, and the accident destroyed the pitcher. 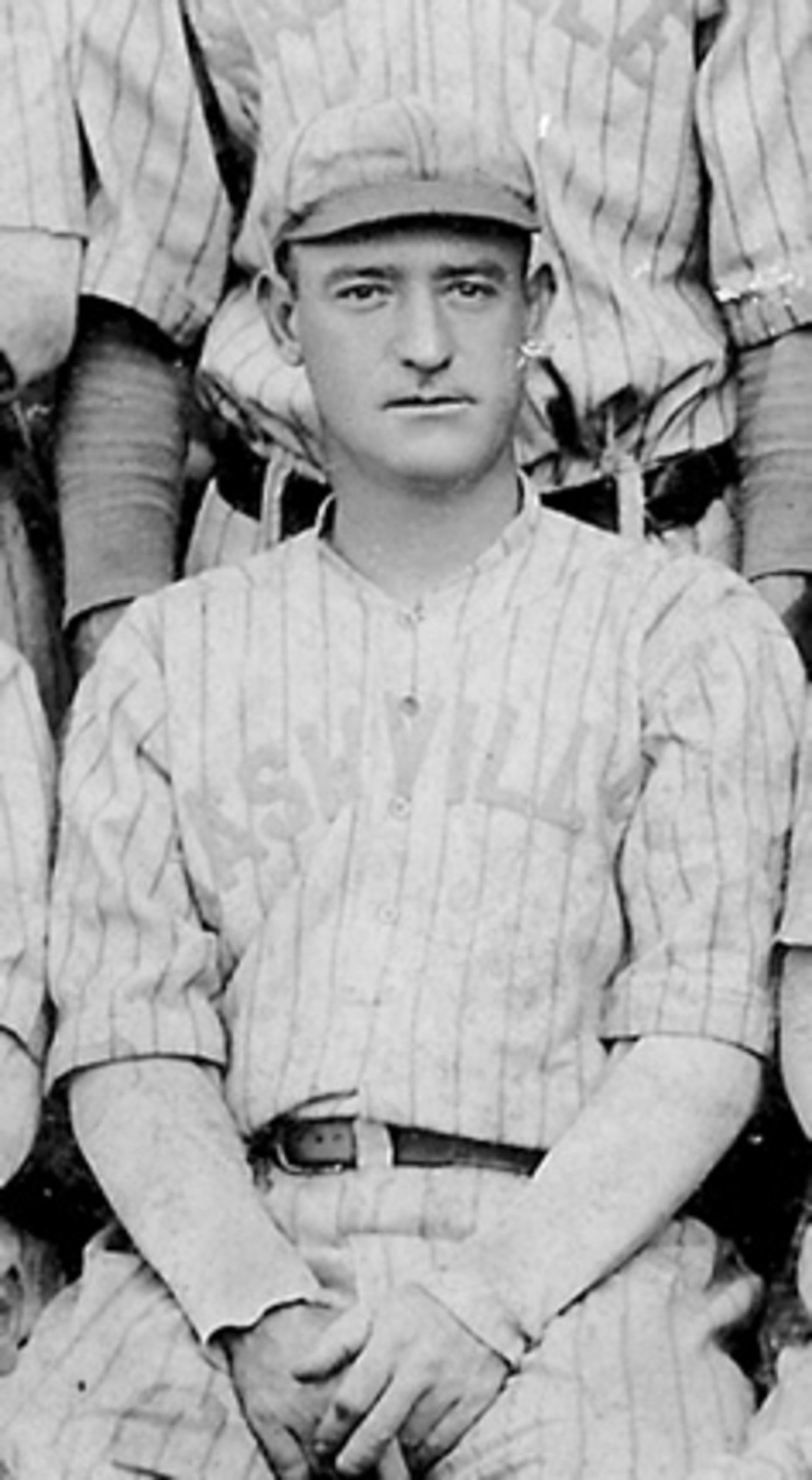 “When you kill your best friend, it just hurt him so much,” Thomson told the Chronicle. “He just never could hold up anymore after that. He was his friend. I don’t know that it was guilt, but it was just such a tragedy.”

The incident haunted Rogers, she said, who drifted away from his fastball and, after an undistinguished major league career, died an alcoholic at 44. His widow, Edna Rogers, said that on certain nights Rogers would stand by the roadside and pass envelopes into a car window—financial support for Johnny Dodge’s family. Shotgun was not a happy killer.

It’s natural for the Rogers family to believe their uncle heartbroken, and it may well be true. But it’s not possible to know what Tom Rogers was thinking on July 11, 1916, when he achieved what in baseball passes for immaculate: a perfect game, which Blinkey Horn described with his trademark twisted prose as “one unmarred by either a run, a hit or a hostile son of swat reaching the initial corner.”

The feat was, Horn assures us, “the most gallant exhibition of slab work ever unfurled in this section of the more or less United States,” a “climax of twirling cunning” whose description is conspicuous for the absence of any mention of Johnny Dodge. The bloodshed is strictly figurative:

“Like the steady sweep of a giant blade, the Gallatin Gunner’s superb pitching mowed down the twenty-seven hostile Lookouts as rapidly as they came to bat.” In the face of “the Gatling gun delivery of the Sumner County Scythe,” the Chattanooga players “were moved into the morgue.”

A man addicted to metaphor, Horn’s writing becomes more frenzied as the recap thunders along. The game was “the Climax of All Brilliancy,” and Rogers, as “grand commander and supreme ruler of Baseball’s Hall of Fame,” should have his name “blazoned in brilliant letters high on the shield of honor.” 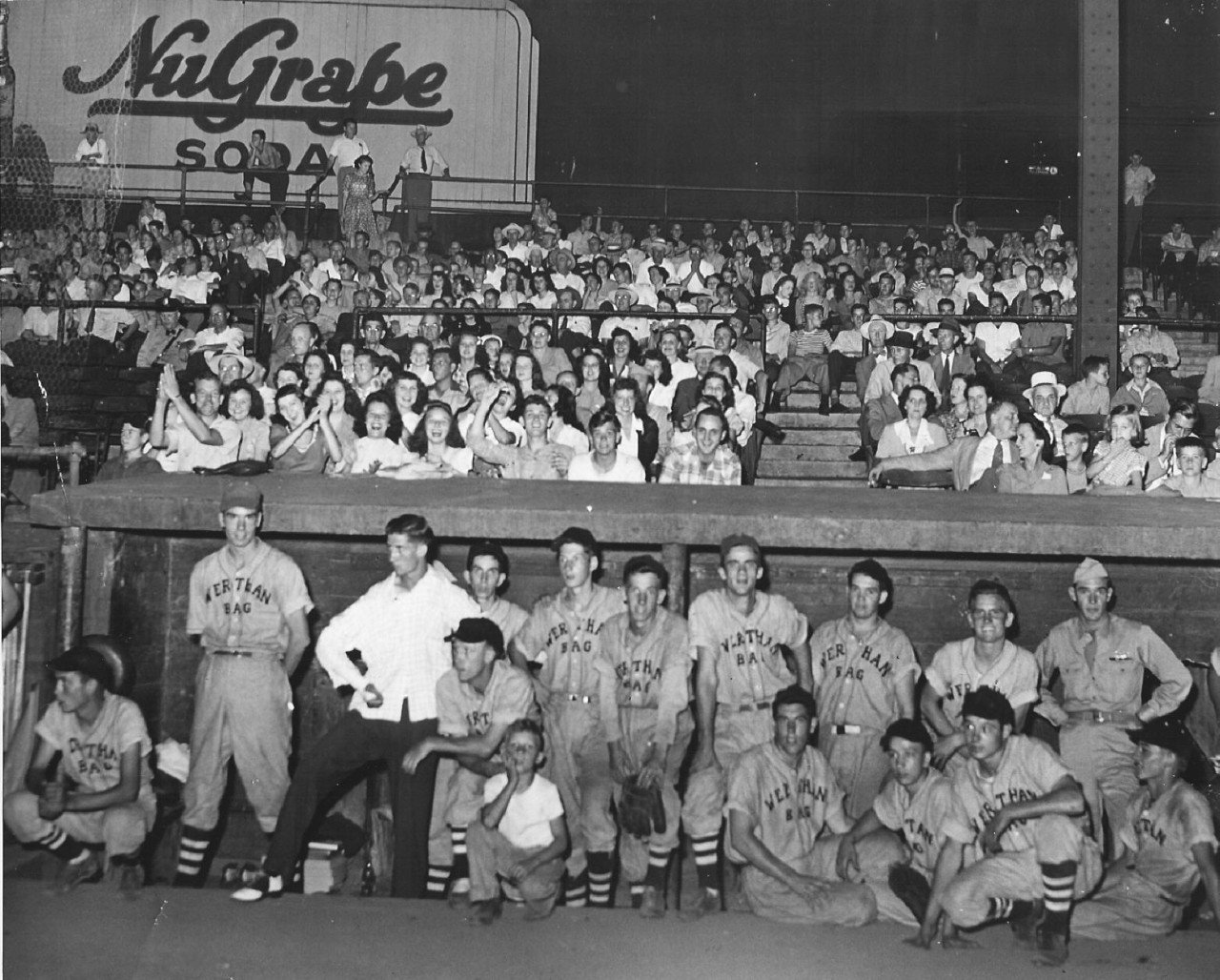 Fans cheer on the Werthan Bag team at Sulphur Dell in 1945.

But all that “brilliant work” would have been meaningless, Horn admits, were it not for the contributions of Billy Lee and Gus Williams, who saved the game with a pair of catches “that were near impossible”—both of which came in front of features not seen in 21st-century ballparks. In the seventh, Gus Williams “made a seemingly impossible stab” in front of the blacks-only grandstand. And in the second inning, Billy Lee caught a ball on the run in right-center, sprinting up the famous dump of Sulphur Dell.

“Stumbling, he clutched the ball, fell sprawling on his face, but clutched the pill safe in his gloved paw while the fan colony relapsed into a frenzy.”

The perfecto was safe. Johnny Dodge was still dead. And Horn comes closest to the truth when he calls the game “brilliant and bizarre.”

In the 19th Century, Søren Kierkegaard was as baffled by the story of Abraham and Isaac as I am by Rogers and Dodge. (Denmark did not have baseball then, and so philosophers were forced to content themselves by studying the Bible.) He wrote a book about it, Fear And Trembling, the only bit of smartypants philosophy that ever stuck with me—not because of its ethical discourses, but because of the comparatively simple prelude, when Kierkegaard complains that the more he thought of Abraham and Isaac, the less he understood what’s meant to be a simple parable about faith.

Trying to come to grips with the idea that a man could, by resolving to murder his only son, be rewarded with the title “father of the faith,” Kierkegaard tells the story again and again, each time with a different spin. Because you can’t get a copyright on this kind of thing, allow me to appropriate:

On June 18, 1916, Tom Rogers threw a fastball that killed Johnny Dodge. He was so upset by this horrible accident that, three weeks later at Sulphur Dell, he pitched a perfect game in his fallen roommate’s honor.

On June 18, 1916, Tom Rogers threw a fastball that killed Johnny Dodge. Numbed by shock, he spent the next three weeks in a haze, and was so disconnected from himself that he was able to, almost unintentionally, throw a perfect game.

On June 18, 1916, Tom Rogers threw a fastball that killed Johnny Dodge. Although his teammates assured him the popular third baseman’s death was not his fault, Rogers felt reproach in their eyes. Defiant, defensive and embittered, he turned his rage upon the Chattanooga Lookouts, and threw a vengeful perfect game.

Pick your favorite. I can’t choose, and don’t want to. I’m transfixed by a faceless image of Shotgun Rogers on the mound, limbs blurred, apart from his teammates, alone while gripping his fastball and perfection and death, all at the same time. When that juncture was reached, his success was assured.

W.M. Akers, a features editor at Narratively, is a playwright, the creator of the bestselling game Deadball: Baseball With Dice, and the author of Strange Times , a free weekly newsletter about the newspapers of Prohibtion-era New York.