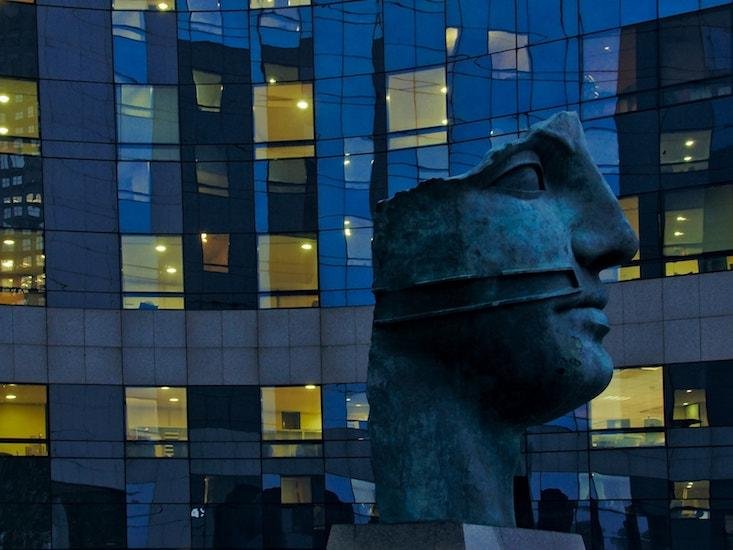 Demystifying the luck skillset has been a personal project of Christine Carter, a sociologist and senior fellow at the Greater Good Science Center, at U.C. Berkeley. Photo by: Photograph Zoltán Vörös / Flickr

Luck can seem synonymous with randomness. To call someone lucky is usually to deny the relevance of their hard work or talent. As Richard Wiseman, the Professor of Public Understanding of Psychology at the University of Hertfordshire, in the United Kingdom, puts it, lucky people “appear to have an uncanny ability to be in the right place at the right time and enjoy more than their fair share of lucky breaks.”

What do these people have that the rest of us don’t? It turns out “ability” is the key word here. Beyond their level of privilege or the circumstances they were born into, the luckiest people may have a specific set of skills that bring chance opportunities their way. Somehow, they’ve learned ways to turn life’s odds in their favor.

Demystifying this luck skillset has been a personal project of Christine Carter, a sociologist and senior fellow at the Greater Good Science Center, at the University of California, Berkeley. A few years ago, she was putting together an online course for families on raising happier kids. She translates research findings on qualities such as gratitude, mindfulness, and happiness into quantifiable, teachable skills. Amidst her work, she stumbled upon a funny little concept that seemed to be entangled with all these things—luck. “On the academic side of things, I’ve always been sort of skeptical of any concept related to luck,” says Carter. “Because as a sociologist, it’s like, Oh, so all those children in Darfur are just not lucky? We know that there are other things there.”

“His research is hilarious.”

Then Carter stumbled on Wiseman’s luck research (one of his books is The Luck Factor, published in 2004). Wiseman started out as a magician and made his career researching the more unusual niches of psychology (a 2002 study, published in The Journal of Parapsychology, is titled, “An Investigation into the Alleged Haunting of Hampton Court Palace: Psychological Variables and Magnetic Fields”). By the 1990s, he had taken on an unconventional project—running experiments on self-proclaimed lucky and unlucky people and attempting to quantify their differences. “His research is hilarious,” says Carter. “He takes people who self-define as lucky and people who don’t say they’re lucky, and then he puts a $20 bill in the street and the lucky people notice them and pick them up. And unlucky people don’t.”

The experimental design may seem a little silly, a superficial way to distinguish the fortunate from the unfortunate. Yet this was the kind of result that Wiseman found in several related experiments over the course of about 10 years, from about 1993 to 2003. In one such study, Wiseman provided a group of volunteers with a newspaper and instructed them to count the photographs inside. Written in large font on half of the second page was this message: “Stop counting—there are 43 photographs in this newspaper.” A similar insert placed halfway through the paper read, “Stop counting, tell the experimenter you have seen this and win $250.” Overall, the self-identified unlucky participants were left counting. It suggested that luck could have something to do with spotting opportunities, even when they were unexpected.

Wiseman didn’t stop there. He turned these findings into a “luck school” where people could learn luck-inducing techniques based on four main principles of luck: maximizing chance opportunities, listening to your intuition, expecting good fortune, and turning bad luck to good. The strategies included using meditation to enhance intuition, relaxation, visualizing good fortune, and talking to at least one new person every week. A month later, he followed up with participants. Eighty percent said they were happier, luckier people.

“I thought if Wiseman can train people to be lucky, you can certainly teach those skills to our kids, and they have other really good side effects too,” says Carter, like better social skills and a stronger sense of gratitude. She came up with a few basic strategies for parents to teach their kids, including being open to new experiences, learning to relax, maintaining social connections, and (yes) talking to strangers. All of these techniques had one theme in common—being more open to your environment both physically and emotionally.

“If you’re anxious that you won’t find a parking place, then literally your vision narrows. You lose your peripheral vision.”

It makes sense. The more observant you are of your surroundings, the more likely you are to capture a valuable resource or avoid tragedy. Lucky people don’t magically attract new opportunities and good fortune. They stroll along with their eyes wide open, fully present in the moment (a problem for people glued to phone screens). This also means that anything that affects our physical or emotional ability to take in our environment also affects our so-called “luckiness”—anxiety, for one. Anxiety physically and emotionally closes us off to chance opportunities.

“If you’re anxious that you won’t find a parking place, then literally your vision narrows,” says Carter. “You lose your peripheral vision the more anxious you are because your flight-or-fight mechanism creates binocular vision.” Anxious people bias their attention to potential threats, and are predictably less likely to converse with strangers. “We teach our kids not to talk to strangers and we teach them to fear other people, and that shuts them down to the opportunities that people might bring, but also creates anxiety,” says Carter.

Proponents of “stranger danger” might balk, but the idea is relatively straightforward: reduce kids’ fear and anxiety toward meeting new people, and consequently open them up to the advantageous connections that people can bring.

Carter discovered that simply opening up parents’ minds this way to the idea that luck could be learned made a big difference. Carter herself admits she comes from a long line of anxious women, and learning these luck skills wasn’t easy. But once you do, she says, you can begin to see the good in unlucky situations, which can improve your response to misfortune.

In the Huffington Post, Carter wrote, “My kids and I love to read Jon Muth’s book Zen Shorts, which includes an ancient parable about a farmer’s son who breaks his leg. When his neighbors say, ‘What bad luck!’ the farmer says only ‘Maybe.’ Turns out the broken leg saves his son from going to war….”

Teresa Iafolla is a freelance writer based in the San Francisco Bay Area. She writes about literature and the social sciences.