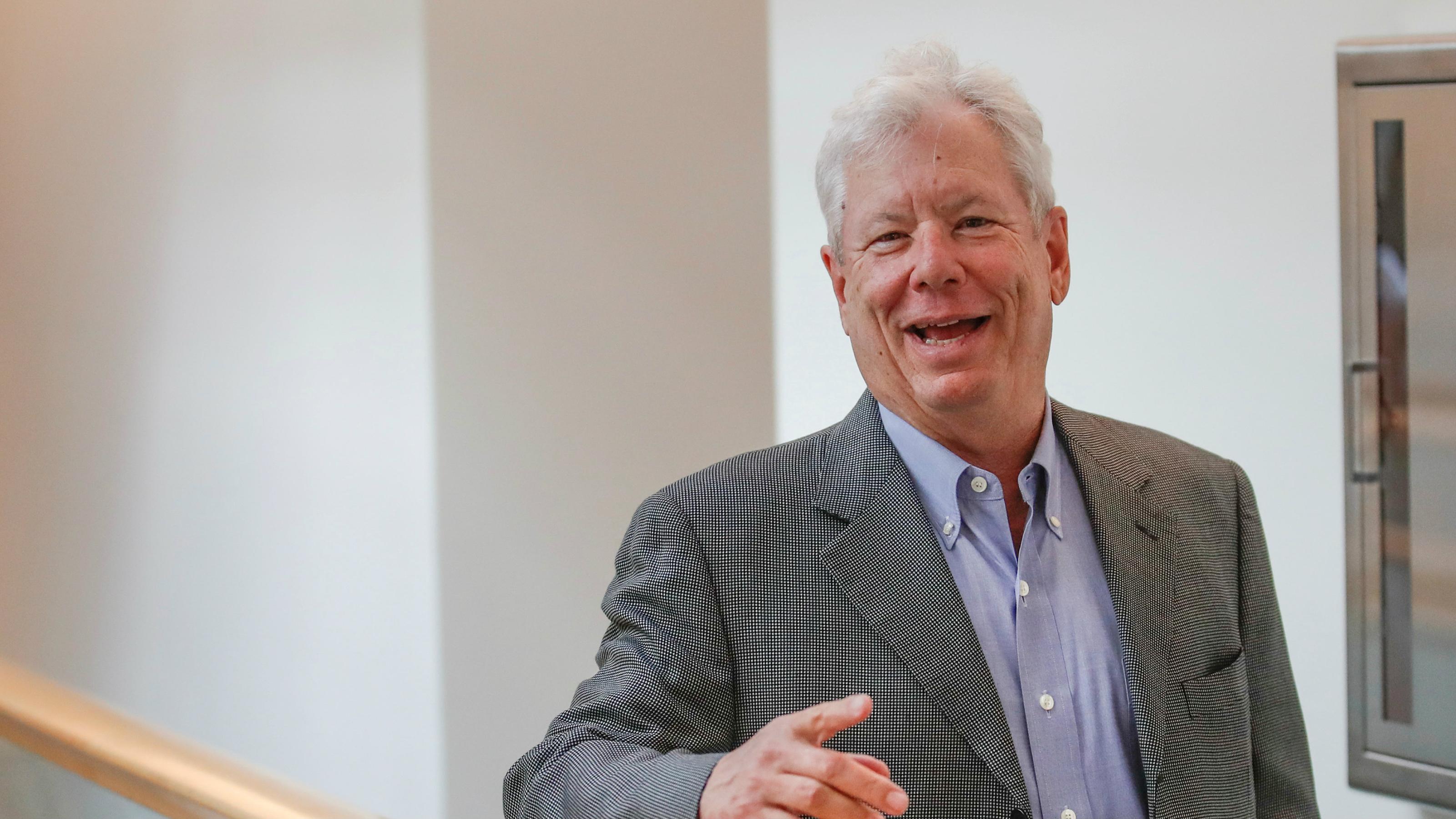 Sorry to say it, but you’re not perfect. We like to believe that we are smart, rational creatures, always acting in our best interests. In fact, dominant economic theory these days often makes that assumption.

What was left of this illusion was further dismantled by the The Royal Swedish Academy of Sciences, who awarded the Nobel prize in economics to Richard Thaler, an American economist at the University of Chicago, for his pioneering work in behavioral economics, which examines humanity’s flaws—namely, why we don’t make rational economic decisions.

In 2008, Thaler co-authored the influential book Nudge: Improving Decisions about Health, Wealth and Happiness with Cass Sunstein. In this and his other research, Thaler explains the flaws and biases that influence our actions. This led to the theory that you can use subtle nudges to encourage people to make better decisions, particularly when planning for the long term, such as saving for retirement.

Here are some of the main ways behavioral economists like Thaler say we let ourselves down.

People can make bad economic choices based on something Thaler dubbed the “endowment effect,” which is the theory that people value things more highly when they own them. In other words, you’d ask for more money for selling something that you own than what you would be willing to pay to buy the same thing.

This relates to another key theory, known as loss aversion. People experience the negative feeling of loss more strongly than they feel the positive sense of a gain of the same size. This is also impacted by anchoring: If you are selling an item, your reference point is most likely to be the price you paid for something. Even if the value of that item is now demonstrably worth less, you are anchored to the purchase price, in part because you want to avoid that sense of loss. This can lead to pain in financial markets, in particular.

We’ve all been there, torn between making a sensible decision that sets us up well for the future and something that provides more immediate gratification. This is the internal struggle between what Thaler and others describe as your planning self and doing self. One way to avoid this conflict is to remove short-term courses of actions. This goes against the traditional economic notion that more choices are always better.

This is where nudges come in. Thaler and Sunstein pioneered the idea of using nudges to create alternative courses of actions that promote good long-term decision making but maintain freedom of choice. One method of doing this they found is simply changing the default option—switching users from opt-in to opt-out, for example. This has been used in public policy, particularly with the creation of “nudge units” in the US and UK, to boost both retirement savings and organ donation. In 2014, a study (pdf) by the Economic & Social Research Council found that 51 countries had developed centralized policy units influenced by behavioral sciences. 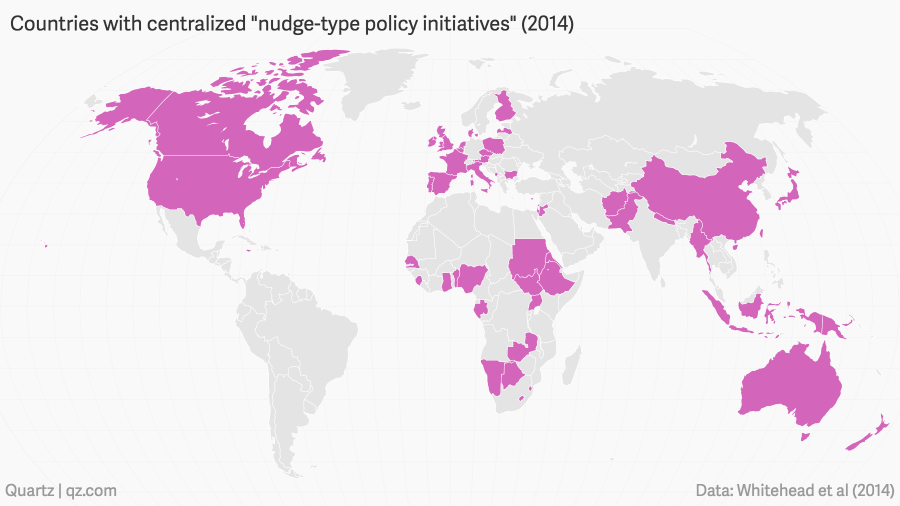 People are inclined to make decisions based on how readily available information is to them. If you can easily recall something, you are likely to rely more on this information than other facts or observations. This means judgements tend to be heavily weighted on the most recent piece of information received or the simplest thing to recall.

In practice, research has shown (pdf) that shoppers who can recall a few low-price products—perhaps because of a prominent ads or promotions—tend to think that a store offers low prices across the board, regardless of other evidence. And in a particularly devious experiment, a psychology professor (naturally) got his students to evaluate his teaching (pdf), with one group asked to list two things he could improve and another asked to list 10. Since it’s harder to think of 10 bad things than just two, the students asked to make a longer list gave the professor better ratings—seemingly concluding that if they couldn’t come up with enough critical things to fill out the form, then the course must be good.

Most people are likely to stick with the status quo even if there are big gains to be made from a change that involves just a small cost. In particular, this is one of the implications of loss aversion. That’s why a nudge, such as changing the default option on a contract, can be so effective. Thaler’s research on pension programs shows that while employees can choose to opt-out of a plan, the status quo bias means once they are in it, they are actually more likely to stay put.

Governments have used this to encourage better behavior (pdf). In 2006, the US passed a law that encouraged firms to automatically enroll their employees in retirement savings plans, which they could opt out of at any time. By 2011, Thaler and a colleague estimated that 4.1 million people were in some type of automatic escalation plan and annual savings increased by $7.6 billion by 2013. In the UK, a national scheme to automatically enroll people in a personal savings plan had an opt-out rate of just 12 percent.

These flaws—or human traits, to be more charitable—may not seem unusual, but Thaler argues that appreciating the implications of human behavior has lost its importance in dominant economic theory. As the field relied more and more on mathematics, there was a push to explain the world using rigid, complex economic models. These models tend to focus on what can be measured, and the irrational decisions humans make hardly fits that mold. In a paper (pdf), Thaler wrote: “It is time stop thinking about behavioral economics as some kind of revolution. Rather, behavioral economics should be considered simply a return to the kind of open-minded, intuitively motivated discipline that was invented by Adam Smith and augmented by increasingly powerful statistical tools and datasets.”

Today, behavioral economics is still considered a somewhat separate subject within the broader discipline. But if Thaler has it his way, the field of study that just won him a Nobel prize won’t exist for long: “If economics does develop along these lines the term ‘behavioral economics’ will eventually  disappear from our lexicon. All economics will be as behavioral as the topic requires.”