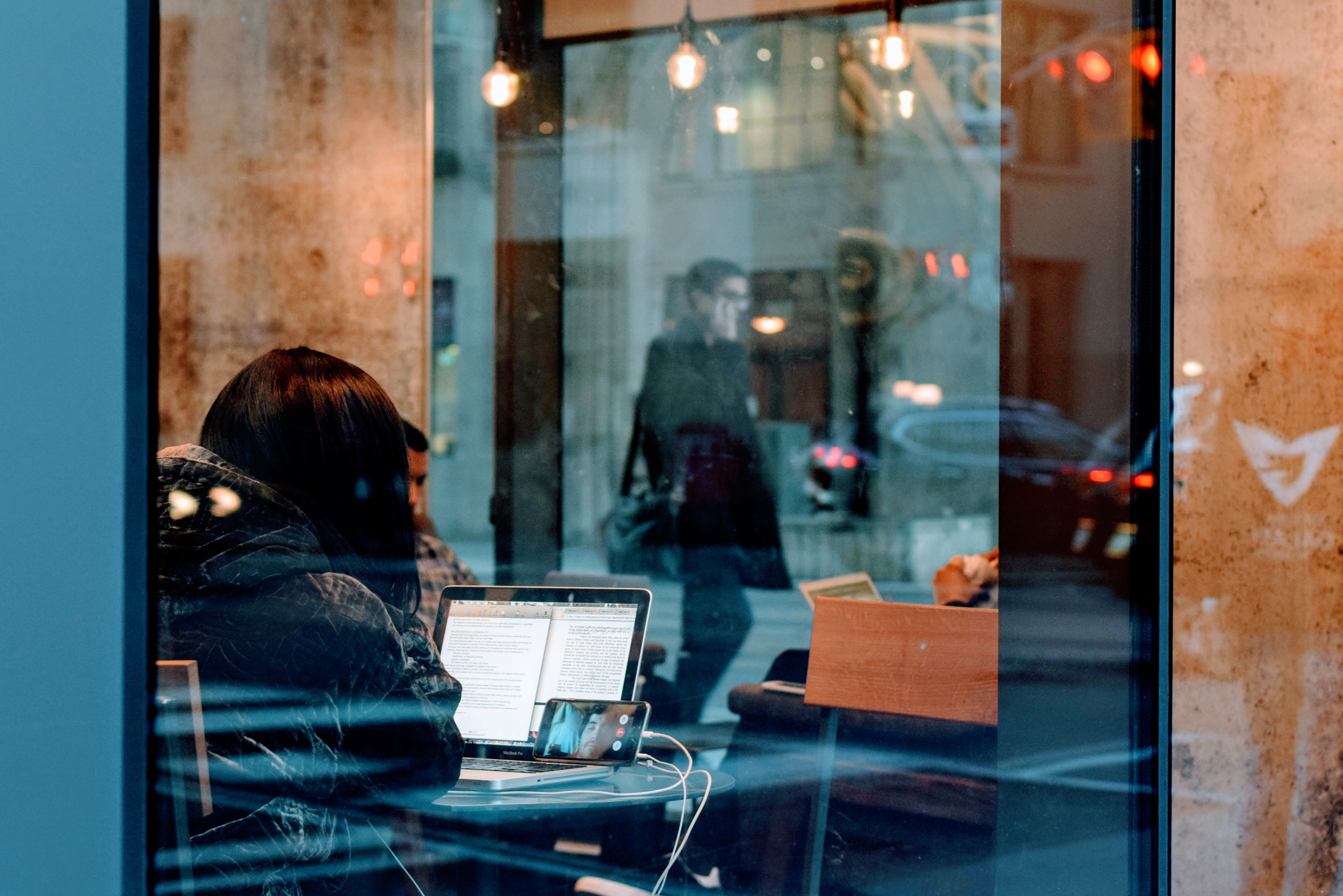 Photo by Tim Gouw on Unsplash

I recently met a guy who, despite having a massively successful business, an awesome lifestyle, a happy relationship, and a great network of friends, told me with a straight face, that he was thinking of hiring a coach to help him “reach the next level.”

When I asked him what this elusive next level was, he said he wasn’t sure, that that’s why he needed a coach, to point out his blind spots and show him what he’s missing out on.

“Oh,” I said. And then stood there awkwardly for a moment, gauging how brutally honest I was willing to be with someone I just met. This guy was very enthusiastic, clearly ready to spend a lot of money on whatever problem someone decided to tell him he had.

“But what if there’s nothing to fix?” I said.

“What if there is no ‘next level?’ What if it’s just an idea you made up in your head? What if you’re already there and not only are you not recognizing it, but by constantly pursuing something more, you’re preventing yourself from appreciating it and enjoying where you are now?”

He bristled a bit at my questions. Finally, he said, “I just feel like I need to always be improving myself, no matter what.”

“And that, my friend, might actually be the problem.”

There’s a famous concept in sports known as the “Disease of More.” It was originally coined by Pat Riley, a hall of fame coach who has led six teams to NBA championships (and won one as a player himself).

Riley said that the Disease of More explains why teams who win championships are often ultimately dethroned, not by other, better teams, but by forces from within the organization itself. 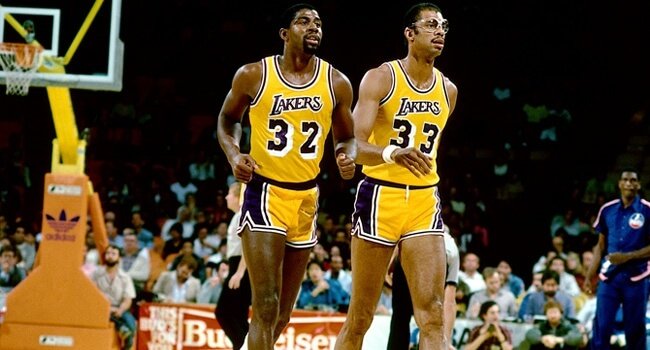 Riley said the 1980 Lakers didn’t get back to the finals the next year because everyone became too focused on themselves.

The players, like most people, want more. At first, that “more” was winning the championship. But once players have that championship, it’s no longer enough. The “more” becomes other things — more money, more TV commercials, more endorsements and accolades, more playing time, more plays called for them, more media attention, etc.

As a result, what was once a cohesive group of hardworking men begins to fray. Egos get involved. Gatorade bottles are thrown. And the psychological composition of the team changes — what was once a perfect chemistry of bodies and minds becomes a toxic, atomized mess. Players feel entitled to ignore the small, unsexy tasks that actually win championships, believing that they’ve earned the right to not do it anymore. And as a result, what was the most talented team, ends up failing.

More is not always better

Psychologists didn’t always study happiness. In fact, for most of the field’s history, psychology focused not on the positive, but on what fucked people up, what caused mental illness and emotional breakdowns and how people should cope with their greatest pains.

It wasn’t until the 1980s that a few intrepid academics started asking themselves, “Wait a second, my job is kind of a downer. What about what makes people happy? Let’s study that instead!” And there was much celebration because soon dozens of “happiness” books would proliferate bookshelves, selling millions of copies to bored, angsty middle-class people with existential crises.

But I’m getting ahead of myself.

One of the first things psychologists did to study happiness was a simple survey. They took large groups of people and gave them pagers (remember, this was the 80s and 90s), and whenever the pager went off, each person was to stop and write down two things:

1) On a scale from 1-10, how happy are you at this moment?
2) What has been going on in your life to cause these feelings?

They collected thousands of ratings from hundreds of people from all walks of life. And what they discovered was both surprising, and actually, incredibly boring.

Pretty much everybody wrote ‘7,’ like, all the time, no matter what.

At the grocery store buying milk. Seven. Attending my son’s baseball game. Seven. Talking to my boss about making a big sale to a client. Seven.

Even when catastrophic stuff did happen — mom got cancer, missed a mortgage payment on the house, junior lost an arm in a freak bowling accident — happiness levels would dip to the 2-5 range for a short period, and then, after a certain amount of time, promptly return to seven.

This was true for extremely positive events as well. Lottery winners, dream vacations, marriages, people’s ratings would shoot up for a short period of time, and then, predictably, settle back in around seven.

This fascinated psychologists. Nobody is fully happy all the time. But similarly, nobody is fully unhappy all the time either. It seems that humans, regardless of our external circumstances, live in a constant state of mild-but-not-fully-satisfying happiness. Put another way, things are pretty much always fine. But they could also always be better.

But this constant ‘seven’ that we’re all more or less always coming back to, it plays a little trick on us. And it’s a trick that we all fall for over and over again.

The trick is that our brain tells us, “You know, if I could just have a little bit more, I’d finally get to 10 and stay there.”

Most of us live most of our lives this way. Constantly chasing our imagined 10.

You think to be happier, you need to get a new job, so you get a new job. And then a few months later, you feel like you’d be happier if you had a new house. So you get a new house. And then a few months later, it’s an awesome beach vacation, so you go on an awesome beach vacation, and while you’re on the awesome beach, you’re like, “YOU KNOW WHAT I FUCKING NEED? A GODDAMN PIÑA COLADA? CAN’T A FUCKER GET A PIÑA COLADA AROUND HERE?” And so you stress about your piña colada, believing that just one piña colada will get you to your 10. But then it’s a second piña colada. And then a third. And then… well, you know how this turns out. You wake up with a hangover and are at a three.

Because you know that soon you’ll be back at that seven.

Some psychologists call this constant chasing of pleasure the “hedonic treadmill” because people who are constantly striving for a “better life” end up expending a ton of effort only to end up in the same place.

But wait… I know what you’re saying:

W-T-F, Mark. Does this mean that there’s no point in doing anything?

Otherwise, you will simply run and run towards some vision of your own glory and improvement, towards your perfect 10, all the while feeling as though you’re in the same place. Or worse, like Riley’s championship teams, slowly undermining what got you there to begin with.

Self-Improvement as a Glorified Hobby

Back in my early 20s, when I was what I would characterize as a “self-help junkie,” one of my favorite rituals every year was to sit down around new years and spend hours mapping out my life goals, my vision for myself, and all of the amazing shit I was going to do to get myself there.

I analyze my desires and values and end up with a sexy and impressive-sounding list of largely-arbitrary goals, filled with stuff like taking a bongo class or making a certain amount of money or finally nailing that ever-elusive six-pack.

But I eventually learned that the funny thing about self-improvement for the sake of self-improvement is that it doesn’t inherently mean anything. It’s just a glorified hobby. It’s something to keep you occupied and to enthusiastically discuss with other people who have the same hobby.

The improvement is not the problem, it’s the WHY that’s motivating the improvement that matters. When one compulsively looks to improve oneself, without any greater cause or reason driving it other than self-aggrandizement, it leads to a life of immense self-preoccupation, a light and beneficent form of narcissism where one’s constant attention and focus is on oneself.

And ironically, this will probably make your life worse off. 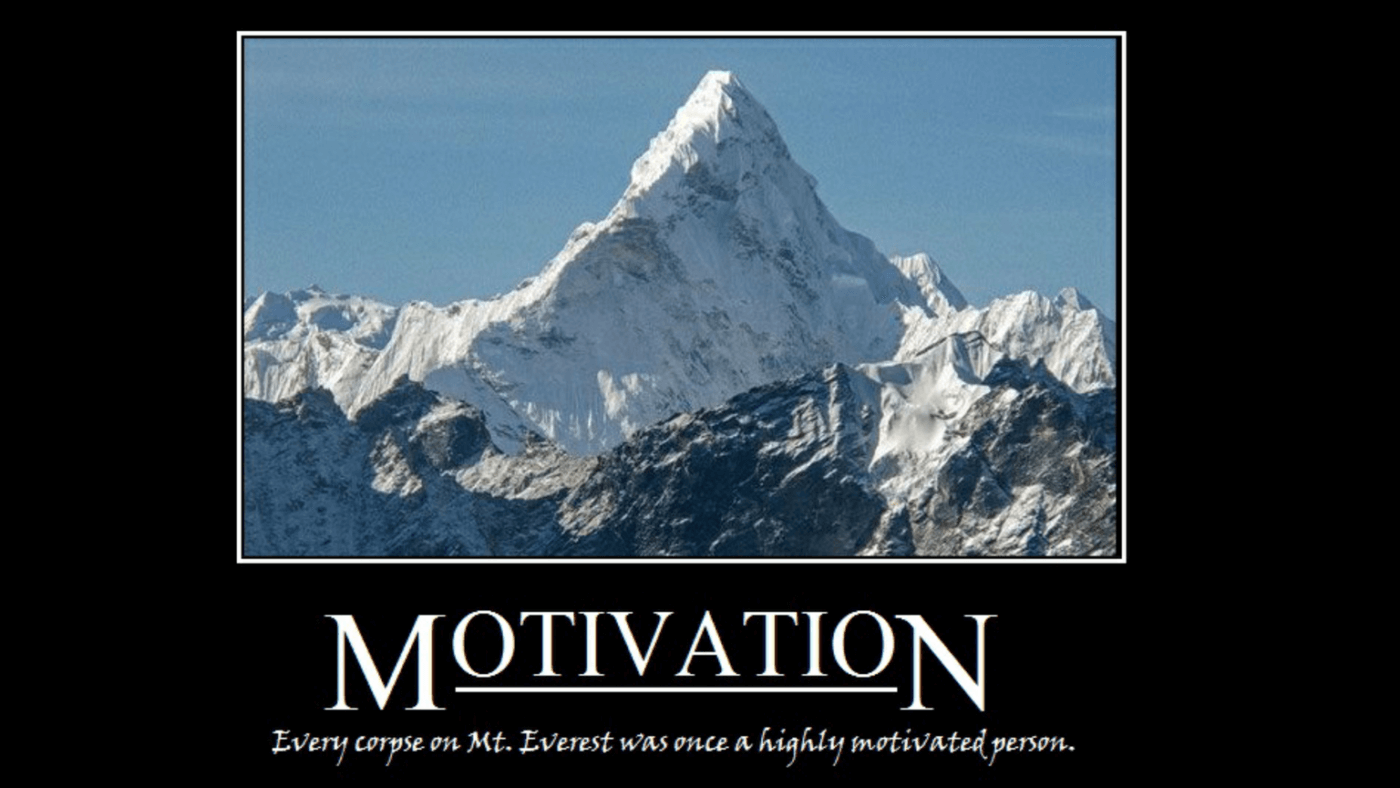 I think the same principle is true with all forms of self-improvement. Self-improvement tools should be used like bandages, only to be opened and applied when something is hurt or seriously wrong, and with the goal always being to eventually remove them.

Life is not a Game of Improvement, but Rather a Game of Tradeoffs

I think many people see life in terms of linear growth and improvement. This is probably only true when you’re young.

As a kid, your knowledge and understanding of the world grow massively each year. As a young adult, your opportunities and skills grow rapidly as well.

But once you hit adulthood, once you’re established and have developed expertise in certain areas, because you’ve already invested so much time and mental energy into your skills and assets, life is no longer simply a question of improvement, but rather of trade-off.

I’ve spent 10 years developing my ability as a writer. I’ve managed to conjure a successful writing career for myself. If I turned around and wanted to become a DJ, on the one hand, you could argue, I’m “improving” myself, by expanding my talents and skill set, but to put the hundreds of hours to become competent at an entirely new artistic endeavor would force me to give up some opportunities as a writer. That 500-hours or whatever is necessary to DJ competently could be spent writing another book, starting a column at a prestigious magazine, or simply shitting out a bunch more of these blog posts.

The same was true with the NBA players who won championships. In their eyes, they were just moving up in the world. Yesterday, they won their first championship. Today, they’re getting more commercials, a better locker, a big, brand new house.

What they didn’t realize is what they were trading off. Their time and energy, now occupied by all sorts of new luxuries, was no longer able to focus on the nitty-gritty of basketball. And as a team, they suffered.

Which brings me back to the guy in search of a coach I met a couple weeks ago.

Ultimately, my advice to him was simply to be careful. Be careful with the drive to improve for the sake of improvement, the desire for more for no other reason than it’s more. Be careful adopting new dreams and goals that could harm the success and happiness you’ve already built for yourself today.

Or as the cliche goes, be careful what you wish for, because you just might get it.

Life is not a checklist. It’s not a mountain to scale. It’s not a golf game or a beer commercial or whatever other cheesy analogy you want to insert here.

Life is an economy. Where everything must be traded for something else and the value of all things rise and fall with the amount of attention and effort you put into them. And in that economy, we each must eventually choose what you’re willing to trade based on what you value. And if you’re not careful with your values, if you are willing to trade things away for the sake of another hit of dopamine, another temporary trip to your own personal psychological 10, then chances are you’re going to fuck things up.Mark Manson is the author of The Subtle Art of Not Giving a F*ck: A Counterintuitive Approach to Living a Good Life.