If you’ve never watched a game of Dota 2 before, you might be overwhelmed at first. You’ll see a screen full of animated characters, special effects, and battles on battles. It can be difficult to keep tabs on all the action.

Clement Ivanov, however, views the scene differently. He sees each character as a pawn in a slow-moving strategy game, similar to chess. “You can individually play each character, but there is always one guy that understands its potential,” says Ivanov. “It’s not a fast-paced game. Once you get to a certain level, strategy is more important than the reaction times.”

Dota 2, officially known as Defense of the Ancients 2, is one of the most popular games in the global arena of electronic sports. In 2017, the premier competition, The International, hosted by the game’s creator, Valve, had over 92 million online viewers, the majority based in China. While collectively over 509 million hours of play were watched, 465 million hours came from viewers there.

Earning a Living As a Professional Gamer

Ivanov, who is based in Estonia, is better known in the professional gaming world as Puppey, captain of Team Secret. One of the top-earning Dota 2 players in the world, he went pro in 2010, and his career growth parallels the growth of e-sports as a whole. According to E-Sports Earnings, he has racked up over $1.65 million in prize money from 93 tournaments. The e-sports craze itself brought in $1.5 billion of revenue in 2017, according to statistics company SuperData. Such games are even being considered for the 2024 Olympics. Consequently, the best players have rocketed to celebrity status within that niche world. “This job is really a hobby and a weird career overall,” says Ivanov.

Ivanov and his team’s professional careers took off after their first win at The International in 2011. “Before the competition, we were poor and not really doing anything,” says Ivanov. “We went to this Valve competition, and we did well and we won. I can say, well, it was all worth it. I didn’t even care what happened after that. It was worth it.” 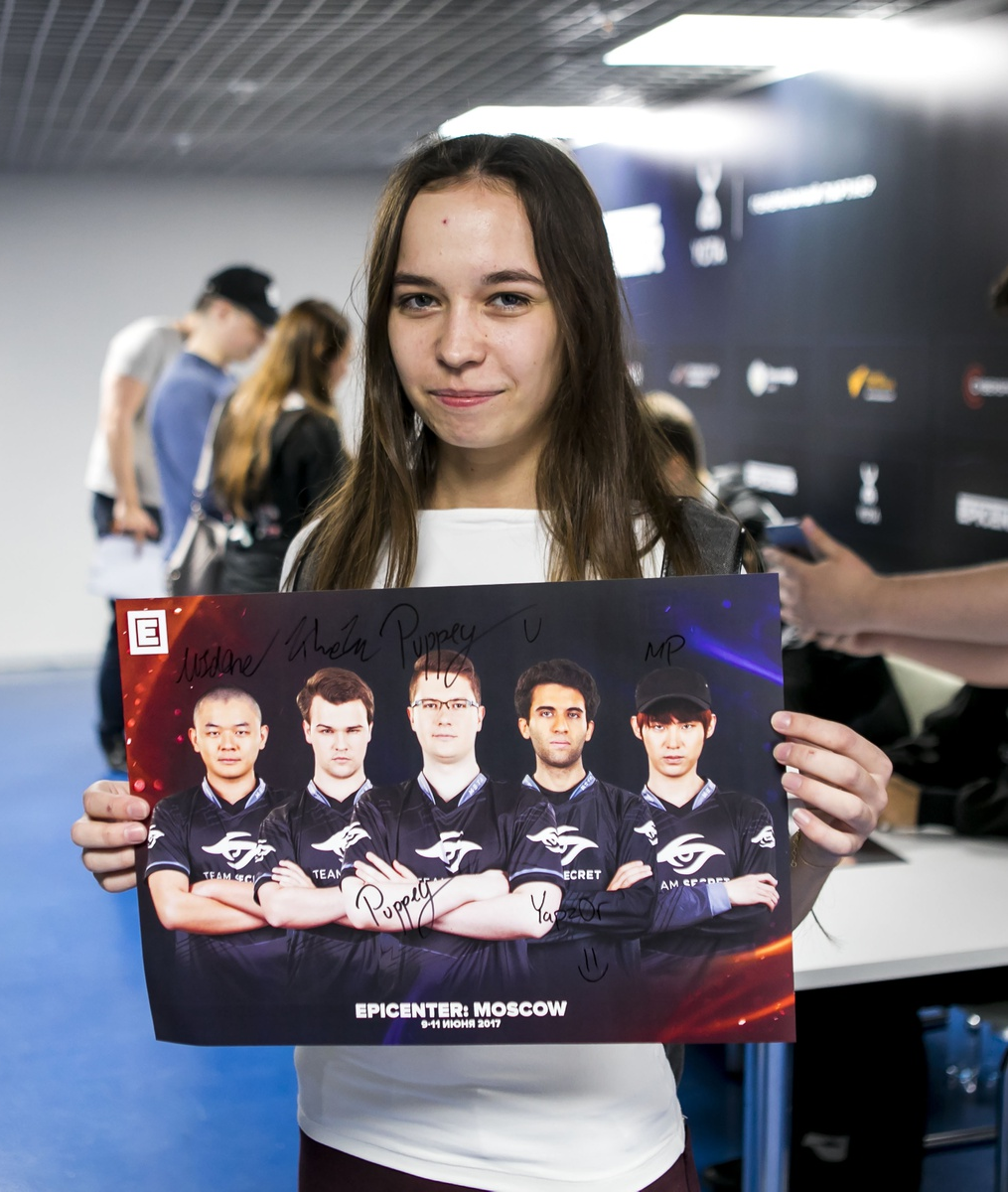 A fan gets a Team Secret poster signed at the 2017 Epicenter: Moscow Dota 2 competition. Photo from Epicenter .

Ivanov is one of the lucky ones. Supporting yourself on prize winnings alone is virtually impossible for all but a top sliver of gamers. Only about 500 people worldwide have earned over $150,000 through prizes. Sure, sponsorships provide support for players of some games, like League of Legends and Counter-Strike: Global Offensive, but this has yet to reach the levels seen in more established professional sports. A few players have found avenues for earning money with traditional sports institutions like the Philadelphia 76ers and the English Premier League, while other have turned to offering subscriptions on game-streaming platforms like Twitch.

Ivanov has much more to do than just be one of the best players in the world. While most professional athletes had trainers to help them gain the skills to go pro, most gamers who have reached the professional level did so without coaches or trainers. That means it’s up to team captains to give them the training they missed.

In his role as a captain, Ivanov’s responsibilities include recruiting team members, coaching his players to refine their skills, establishing a balance in the team, coordinating strategy, and—oh, yeah—playing Dota 2. And he is exceptionally good at all of this. His leadership and guidance are widely credited as some of the best in the business.

While there are varying paths to success as a professional gamer, as Ivanov puts it bluntly, you just have to be really good. “E-sports is even harder to succeed in than poker right now,” he says. “It’s similar for Dota, which has a very small window for success. There are 10 million players, and about 50 are kind of earning a good living right now. The others are in the middle.”

And once you reach this top tier, your work is not done. In China, where e-sports are a matter of national pride, expect to relocate to live in a house with your teammates full time. As players switch teams, they also have to switch cities and homes. Team Secret, on the other hand, lives together for only a few weeks at a time before large tournaments, practicing 10 to 12 hours a day.

The Future of Professional Gaming

Ivanov doesn’t see much change coming from the influence of technologies like artificial intelligence and virtual reality. “Most of the things people thought would change the gaming world haven’t actually changed it much,” he says. “I do know a lot these AIs trained in Dota also compete against players. It dominates the fuck out them.” But since Dota tournaments are limited to human players, the dominant AIs aren’t going to take the jobs of professional gamers anytime soon.

What’s changing is the acceptance of the career path and the profile of the professional gamer. “We don’t know how far a gamer can go with age and be as good as somebody else,” says Ivanov. “We are getting to the point where some competitors are two times older than the younger competitors.”

And as the players age, so does the fan base. “People understand gaming is in our culture now,” he says. “It’s in our communities. All of the 25-year-olds know about it. Mostly people over 50 are the ones that don’t get it. But as time progresses, soon [the older generations] will understand what we do too.”