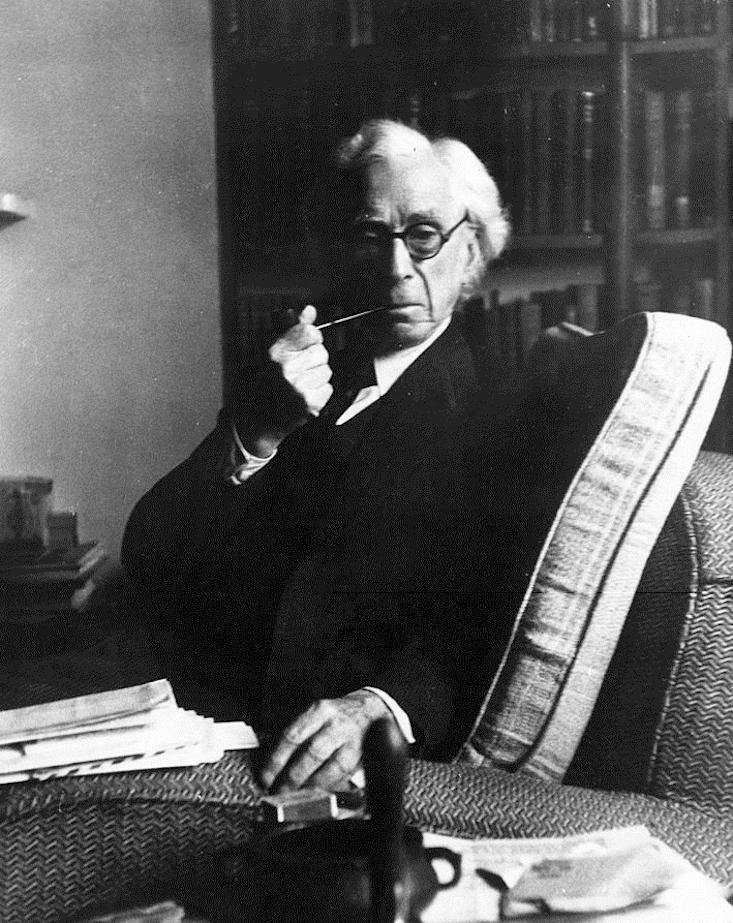 Bertrand Russell’s quip prefigured the scientific discovery of a cognitive bias—the Dunning–Kruger effect—that has been so resonant that it has penetrated popular culture. Photo from Wikicommons.

On this past International Holocaust Remembrance Day, I reread a bit of Bertrand Russell. In 1933, dismayed at the Nazification of Germany, the philosopher wrote “The Triumph of Stupidity,” attributing the rise of Adolf Hitler to the organized fervor of stupid and brutal people—two qualities, he noted, that “usually go together.” He went on to make one of his most famous observations, that the “fundamental cause of the trouble is that in the modern world the stupid are cocksure while the intelligent are full of doubt.”

Russell’s quip prefigured the scientific discovery of a cognitive bias—the Dunning–Kruger effect—that has been so resonant that it has penetrated popular culture, inspiring, for example, an opera song (from Harvard’s annual Ig Nobel Award Ceremony): “Some people’s own incompetence somehow gives them a stupid sense that anything they do is first rate. They think it’s great.” No surprise, then, that psychologist Joyce Ehrlinger prefaced a 2008 paper she wrote with David Dunning and Justin Kruger, among others, with Russell’s comment—the one he later made in his 1951 book, New Hopes for a Changing World: “One of the painful things about our time is that those who feel certainty are stupid, and those with any imagination and understanding are filled with doubt and indecision.” “By now,” Ehrlinger noted in that paper, “this phenomenon has been demonstrated even for everyday tasks, about which individuals have likely received substantial feedback regarding their level of knowledge and skill.” Humans have shown a tendency, in other words, to be a bit thick about even the most mundane things, like how well they drive.

Stupidity is not simply the opposite of intelligence.

Russell, who died in 1970 at 97 years of age, probably would not be surprised to hear news of this new study, published in Nature Human Behaviour: “Extreme opponents of genetically modified foods know the least but think they know the most.” The researchers, led by Philip Fernbach, cognitive scientist and co-author of The Knowledge Illusion: Why We Never Think Alone, analyzed survey responses from a nationally representative sample of U.S. adults. They obtained similar results, they write, “in a parallel study with representative samples from the United States, France and Germany, and in a study testing attitudes about a medical application of genetic engineering technology (gene therapy).”

Fernbach called their result “perverse.” It was nevertheless consistent with prior work exploring the Dunning–Kruger effect and the psychology of extremism, he said. “Extreme views often stem from people feeling they understand complex topics better than they do.” Now as ever, societies need to know how to combat this.

But what exactly is stupidity? David Krakauer, the President of the Santa Fe Institute, told interviewer Steve Paulson, for Nautilus, stupidity is not simply the opposite of intelligence. “Stupidity is using a rule where adding more data doesn’t improve your chances of getting [a problem] right,” Krakauer said. “In fact, it makes it more likely you’ll get it wrong.” Intelligence, on the other hand, is using a rule that allows you to solve complex problems with simple, elegant solutions. “Stupidity is a very interesting class of phenomena in human history, and it has to do with rule systems that have made it harder for us to arrive at the truth,” he said. “It’s an interesting fact that, whilst there are numerous individuals who study intelligence—there are whole departments that are interested in it—if you were to ask yourself what’s the greatest problem facing the world today, I would say it would be stupidity. So we should have professors of stupidity—it would just be embarrassing to be called the stupid professor.”

Brian Gallagher is the editor of Facts So Romantic, the Nautilus blog.