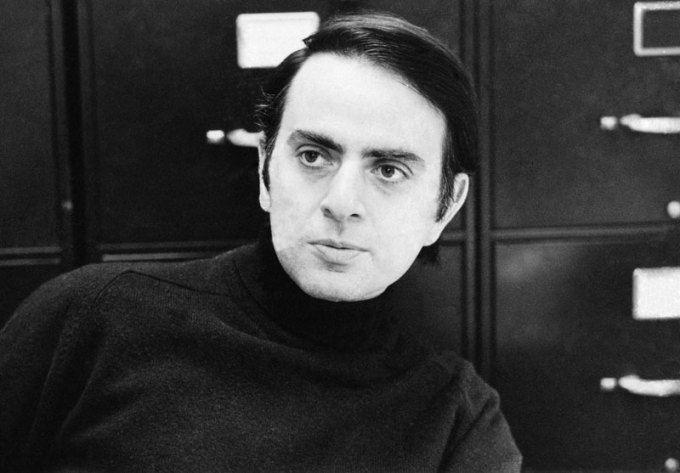 Carl Sagan (November 9, 1934–December 20, 1996) was many things — a cosmic sage, voracious reader, hopeless romantic, and brilliant philosopher. But above all, he endures as our era’s greatest patron saint of reason and critical thinking, a master of the vital balance between skepticism and openness. In The Demon-Haunted World: Science as a Candle in the Dark (public library) — the same indispensable volume that gave us Sagan’s timeless meditation on science and spirituality, published mere months before his death in 1996 — Sagan shares his secret to upholding the rites of reason, even in the face of society’s most shameless untruths and outrageous propaganda. 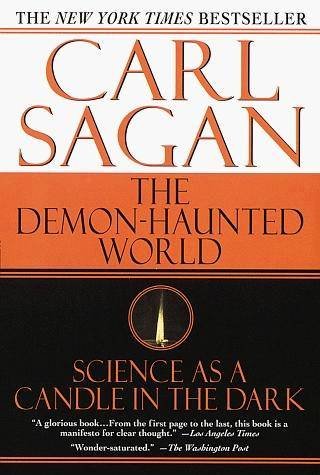 In a chapter titled “The Fine Art of Baloney Detection,” Sagan reflects on the many types of deception to which we’re susceptible — from psychics to religious zealotry to paid product endorsements by scientists, which he held in especially low regard, noting that they “betray contempt for the intelligence of their customers” and “introduce an insidious corruption of popular attitudes about scientific objectivity.” (Cue in PBS’s Joe Hanson on how to read science news.) But rather than preaching from the ivory tower of self-righteousness, Sagan approaches the subject from the most vulnerable of places — having just lost both of his parents, he reflects on the all too human allure of promises of supernatural reunions in the afterlife, reminding us that falling for such fictions doesn’t make us stupid or bad people, but simply means that we need to equip ourselves with the right tools against them.

Through their training, scientists are equipped with what Sagan calls a “baloney detection kit” — a set of cognitive tools and techniques that fortify the mind against penetration by falsehoods:

The kit is brought out as a matter of course whenever new ideas are offered for consideration. If the new idea survives examination by the tools in our kit, we grant it warm, although tentative, acceptance. If you’re so inclined, if you don’t want to buy baloney even when it’s reassuring to do so, there are precautions that can be taken; there’s a tried-and-true, consumer-tested method.

But the kit, Sagan argues, isn’t merely a tool of science — rather, it contains invaluable tools of healthy skepticism that apply just as elegantly, and just as necessarily, to everyday life. By adopting the kit, we can all shield ourselves against clueless guile and deliberate manipulation. Sagan shares nine of these tools: 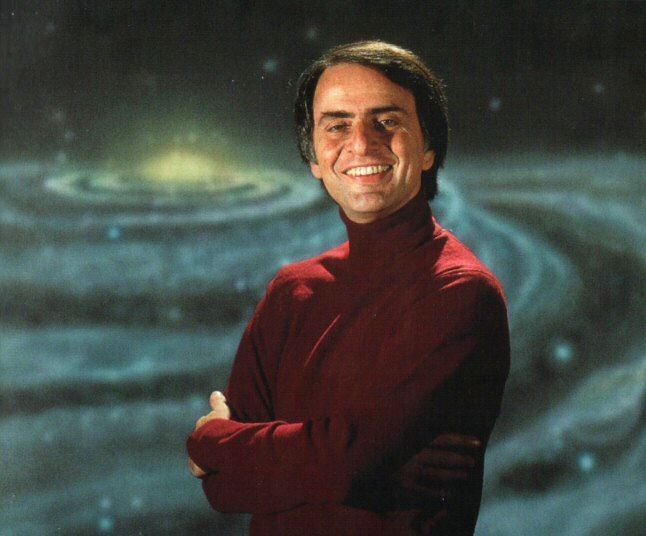 Just as important as learning these helpful tools, however, is unlearning and avoiding the most common pitfalls of common sense. Reminding us of where society is most vulnerable to those, Sagan writes:

In addition to teaching us what to do when evaluating a claim to knowledge, any good baloney detection kit must also teach us what not to do. It helps us recognize the most common and perilous fallacies of logic and rhetoric. Many good examples can be found in religion and politics, because their practitioners are so often obliged to justify two contradictory propositions.

He admonishes against the twenty most common and perilous ones — many rooted in our chronic discomfort with ambiguity — with examples of each in action:

Sagan ends the chapter with a necessary disclaimer:

Like all tools, the baloney detection kit can be misused, applied out of context, or even employed as a rote alternative to thinking. But applied judiciously, it can make all the difference in the world — not least in evaluating our own arguments before we present them to others.

The Demon-Haunted World is a timelessly fantastic read in its entirety, timelier than ever in a great many ways amidst our present media landscape of propaganda, pseudoscience, and various commercial motives. Complement it with Sagan on science and “God”.