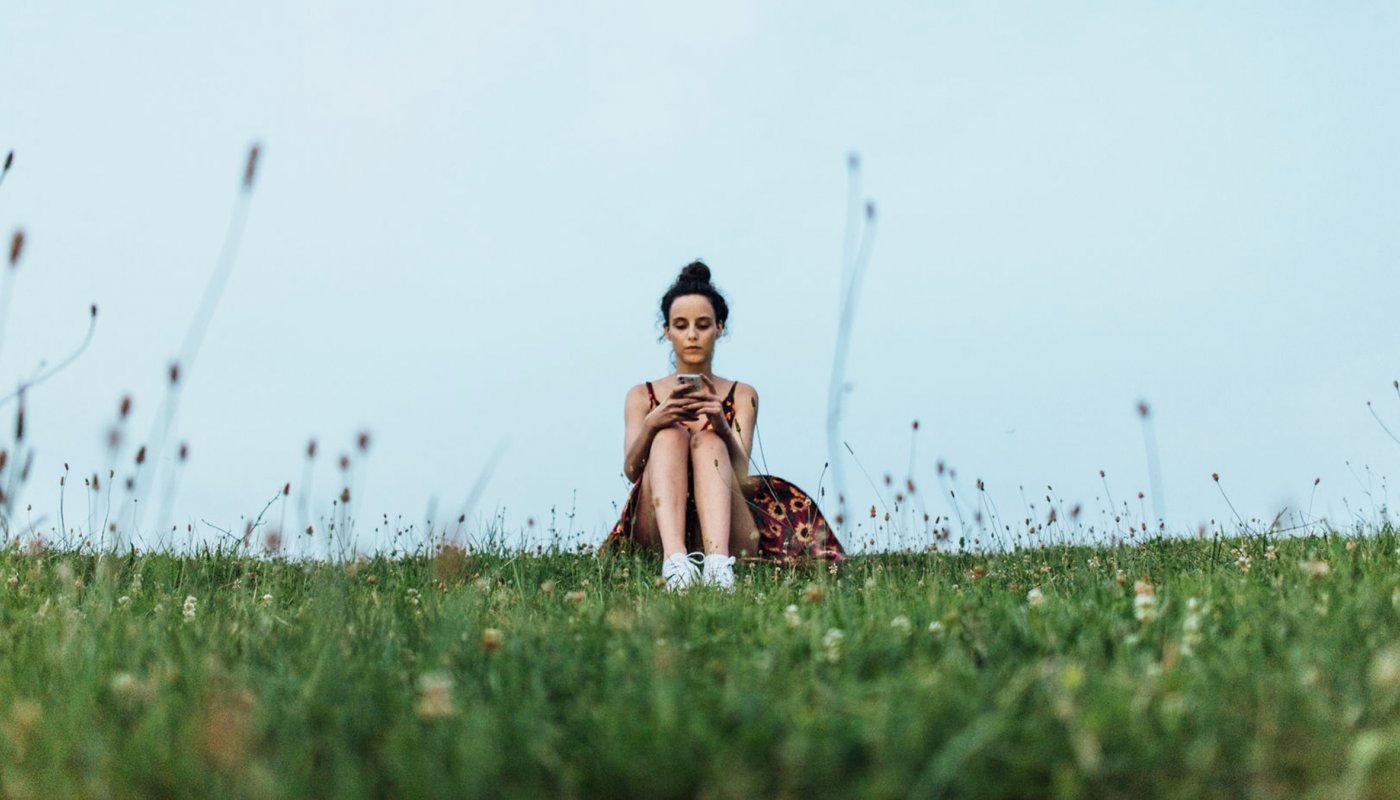 Your logical brain is no match for the emotional pull of all that dopamine. Photo by Boris Jovanovic/Stocksy.

A lot of cable, Internet, and social media news is a bit like candy: You know you probably shouldn’t indulge in it but there’s just something about it that’s so enticing. So you tell yourself you’re “going to have just one”—one minute, one article, one political Tweet or Facebook comment—but the next thing you know it’s been over an hour staring into a screen and you feel some combination of gross, sad, and maybe even ashamed. No different than wasting calories on junk food, you get upset with yourself for wasting time on junk content. I could have been outside, you tell yourself. I’m never doing this again! Yet it’s not long before the cycle repeats itself.

This cycle sucks. I know because I’ve been swept up in its vortex more times than I’d like to admit. Evidently, so have lots of people. Data from the Pew Research Center on Journalism and Media shows that combined revenue—which is a good proxy for time spent on content—for Fox News, CNN, and MSNBC has nearly tripled since 2006 and doubled since 2009. Yikes.

But even so, we need not despair. There is a way to break the habit.

Jim Davies, a professor of Cognitive Science at Carleton University, says that everything about the news—from the dramatic headlines to the riveting background music to the colors on the screen (lots of red, which experts agree is one of, if not the most, emotionally charged color)—is engineered to prey on our hardwired impulses to pay attention to what seems exciting and important. The manner in which the news is presented—be it on television or the social feeds on our phone—often triggers the release of dopamine, a powerful neurochemical that tags experiences as meaningful and makes us want to seek them over and over again, Davies explains in his book, Riveted.

“High dopamine makes everything look significant,” he writes. “The news needs a fear to monger, regardless of how important it is. It deemphasizes the routine and constant, and brings irregularities to our attention.” The more compelling the drama, he writes, the more we’ll be sucked in.

Consider, for example, a recent story that overtook Twitter for a morning in late October and was covered by most major news outlets. Two girls, ages 11 and 12, at a middle school in Florida, were caught plotting to murder their classmates and drink their blood. Pretty gruesome stuff, right? But here’s the thing: They were caught. No one was hurt. Like the gawker effect in traffic, we can’t help ourselves from slowing down and staring at the wreckage when what we should be doing is getting out of the way so emergency crews can do their jobs.

What, if anything, do we get out of trending stories? Again, here’s Davies:

“Some activities are pleasurable and doing them is inherently rewarding. Others are difficult to do, but pay off with happiness or pleasure in the future. Some other things are important to do, even if you never get much from it. I worry that the news has none of the characteristics that make something worthwhile. It’s not fun, it causes anxiety, it gives you a warped sense of reality, and people who watch it are rarely going to DO anything with the information they get ... So why do people engage in it? Its sensational nature makes it feel important when it’s not.”

Unfortunately, simply telling yourself you aren’t going to dump time into trending topics on social media or watch cable news probably won’t work. Your logical brain is no match for the emotional pull of all that dopamine. According to Judson Brewer, psychiatrist, associate professor at Brown University and author of the book The Craving Mind: From Cigarettes to Smartphones to Love—Why We Get Hooked And How We Can Break Bad Habits, you’ve got to give the news a taste of its own medicine; you’ve got to feel your way out.

Brewer, who studies and treats patients for addiction, writes that every abusive substance or experience “hijacks the dopamine system.” In order to get any addiction under control, Brewer writes, you’ve got to re-train your brain. Doing this requires thinking about both your craving (in this case, to check and sink time into the news) and if you give into it, the consequences (how you feel after).

“Each time you ride the wave of a craving [without giving in],” he writes, “you stop reinforcing the habit.” For the times that you do succumb to a craving, if you pay attention to how you feel after, “you move from knowledge to wisdom, from knowing in your head that this is bad for you to knowing it in your bones.” These two skills work in tandem: the more deeply you feel your disgust after indulging in trending topics, the easier it becomes to ride your next craving without getting sucked in. In essence, you are retraining your brain to realize your urge to check the news is noise—not signal—and it’s an urge that you don’t need to act on because the “rewards” of doing so aren’t really rewards at all.

It’s worth clarifying that I’m not suggesting ditching news altogether. The free press is a large part of what makes this country work. I read the New York Times, Wall Street Journal, and Economist regularly. And Twitter can be effective in certain situations. During the recent California wildfires, Twitter was the best source of real-time info for many people evacuating.

But what I, and lots of people who study this, are suggesting is that the 24/7 cable news cycle and much of what trends as news on social media does a lot more harm than good. It sucks people in and creates the illusion that you’re doing something meaningful when you aren’t. Instead of worrying about illness you can exercise. Instead of despairing about the political situation and making comments on Facebook you can contact your elected officials. Instead of feeling awful for people in unfortunate circumstances you can volunteer.

Brad Stulberg (@Bstulberg) writes Outside’s Do It Better column and is the author of the bestselling book Peak Performance: Elevate Your Game, Avoid Burnout, and Thrive with the New Science of Success.