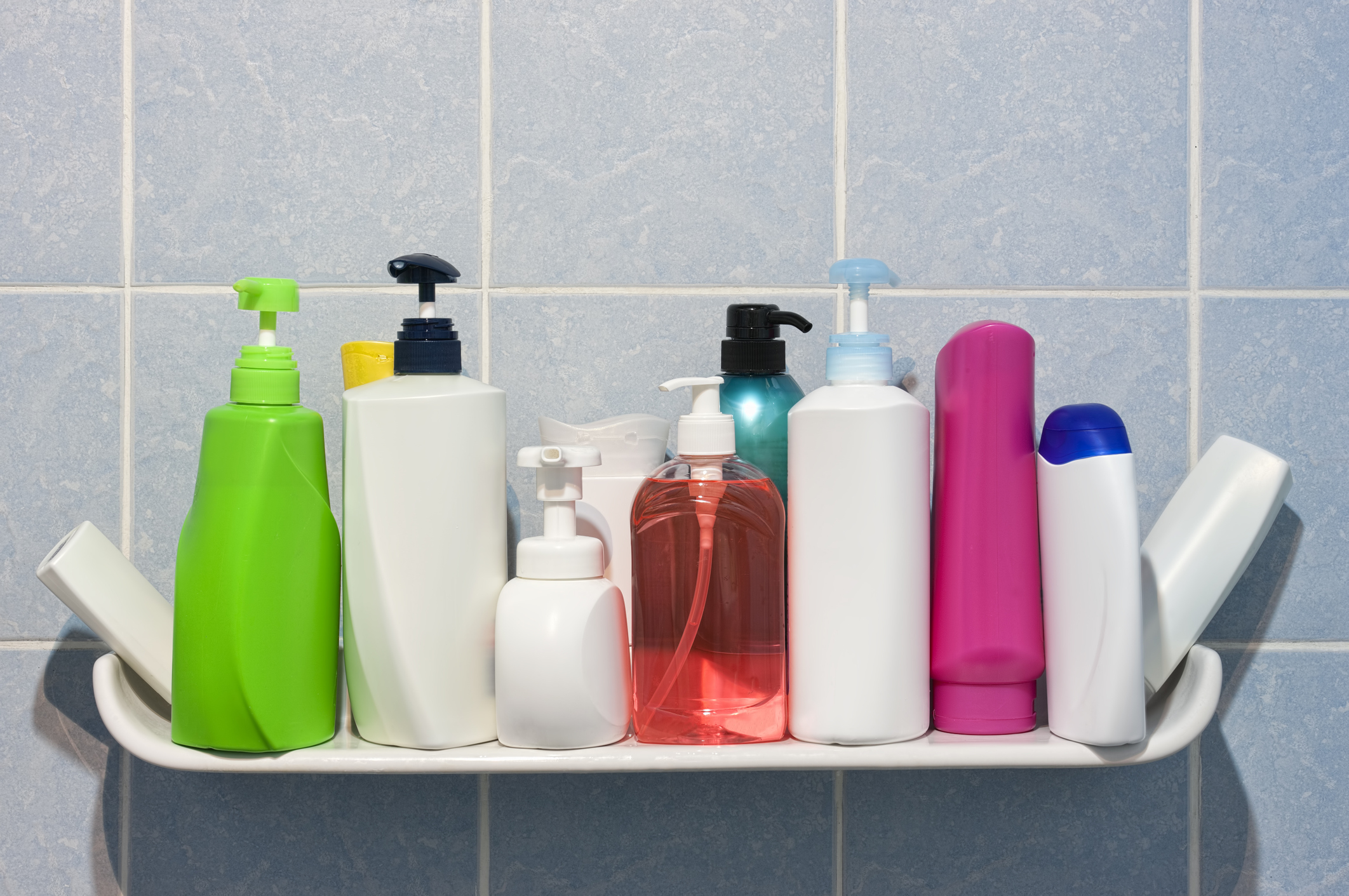 ‘As I gradually used less and less, I started to need less and less’ ... James Hamblin on cutting out soap and deodorant. Photo from enviromantic / Getty Images.

When James Hamblin tells people he has not used soap in the shower for five years, they tend not to hold back in expressing their disgust. “It’s one of the few remaining things for which we feel fine telling someone that they’re gross,” he says. “It’s amazing to me, honestly.”

Yet despite people’s “clearly moralising judgments”, Hamblin is no hygiene slouch. Even pre-pandemic, he made a point of washing his hands with soap. He is, after all, a doctor who lectures at the Yale School of Public Health and a medical writer and podcaster for the US magazine the Atlantic. At 37, he looks so youthful that he still gets compared to the fictional child doctor Doogie Howser.

But eschewing soap on your pits and bits does raise awkward technical questions, more on which after some context. Hamblin’s minimalist showering habits evolved gradually, after he relocated from California to a studio apartment in Brooklyn, New York, to pursue a writing career. He needed to save time, money and space. Simultaneously, he says: “I started learning about emerging microbiome science and decided to try going all-out for a bit.”

Even if you have not yet read up on our microbiomes – the trillions of microbes that lead symbiotic lives with humans, colonising our skin and our guts – you may have spotted vague statements such as “microbiome-gentle” printed on bottles of shower gel. This because microbiologists – and brands – are learning more and more about the complex relationship we have with our germs. These include their starring roles in developing our immune systems, protecting us from pathogens (by creating antimicrobial substances and competing with them for space and resources) and lessening the likelihood of autoimmune conditions such as eczema. So, there is a growing awareness that scrubbing them off, along with the natural oils on which they feed, or dousing them with antibacterial products may not be the best idea after all.

Hamblin’s new regime got him thinking about modern notions of cleanliness, what is natural and how these two issues are, frankly, all over the shop. Stigmatism of body odour began as an advertising strategy that helped quadruple the sales of Lifebuoy soap in the 20s. A century later, we still live in fear of anyone detecting the slightest hint of BO on us. We are more perfumed, moisturised and exfoliated than ever.

Yet despite advances in skincare and modern medicine, conditions such as acne, eczema and psoriasis, as well as other autoimmune diseases, have been rising steadily. Also, while we attempt to appear squeaky clean, research has revealed that many of us don’t wash our hands properly – or at all – when it matters most: before eating and after going to the toilet. (That said, awareness of the importance of handwashing has certainly risen as a result of Covid-19.)

“It’s all mixed up right now, right?” says Hamblin, who set out to explore these paradoxes in perceived cleanliness in his book Clean: The New Science of Skin and the Beauty of Doing Less. He says the key to the success of his experiments, which saw him all but give up deodorant, was his “slow-fade” approach. “As I gradually used less and less, I started to need less and less,” he writes. “My skin slowly became less oily, and I got fewer patches of eczema. I didn’t smell like pine trees or lavender, but I also didn’t smell like the oniony body odour that I used to get when my armpits, used to being plastered with deodorant, suddenly went a day without it.” As his girlfriend put it, he smelled “like a person”.

It is not that we were unaware of bodily odours before “BO” was coined, but Hamblin thinks our natural smells are far more nuanced and informative than we give them credit for. “We know from historical writings that certainly people smelled bad. We didn’t just accept all smells,” he says. “Now, if someone smells sweaty or of anything less than soap, perfume or cologne, we think of that as being unclean.”

Hamblin started to notice that he smelled less pleasant when stressed. He interviewed a researcher who could train dogs to sniff out cancer in humans, while lovers he spoke to told him they thought the way their partner smelled naturally was good. He writes: “The hundreds of subtle volatile chemical signals we emit may play roles in communicating with other people (and other species) in ways we’re just beginning to understand.”

Hamblin also highlights the bare-faced cheek behind the rise of the skincare industry, as soap progressed from a multipurpose, often homemade product to a seemingly infinite parade of near-identical concoctions advertised for different problems, genders and occasions, at wildly different prices. Once hooked on daily soapings that remove our natural oils, we needed moisturisers and hair conditioners to replace them. In the 50s, the industry further cashed in by highlighting the drying effects of soap and offering milder detergents. Today, Hamblin writes, we have come full circle; many people seek products that are “as close as possible to nothing at all”.

He writes about a fellow journalist – and soap dodger – Maya Dusenbery, who had been prescribed every acne treatment going. The only one that worked? Nothing at all.

She had tried astringents, to dry out the skin; oral and topical antibiotics; the pill; and isotretinoin, a drug that has been linked to side-effects such as suicidal thoughts and inflammatory bowel disease. Not only were these ineffective, but she also developed rheumatoid arthritis – an agonising autoimmune condition. When she started taking immune-suppressing medication for that, her hair started falling out.

Enough was enough: Dusenbery stopped taking any medication for her skin. After an extremely oily few months, it settled. Now, the only things that touch her face are a microfibre cloth and water. Thanks to her adoption of a more holistic approach to her rheumatoid arthritis, in consultation with a specialist, this has gone into remission, too.

On the subject of antibiotics, Hamblin writes that they have commonly been prescribed for acne; he says they “seem to play a part in causing and exacerbating autoimmune disease” and that “antibiotic overuse is likely to be a bigger threat to biomes than hygiene”.

Perhaps as a result of experiences such as Dusenbery’s, microbiologists, dermatologists and skincare companies are striving to create new medicines for skin conditions, along with mainstream beauty products that contain live bacteria or ingredients that could feed our microbiomes. There is even the prospect of bespoke products from beauty behemoths such as L’Oréal that are tailored to our own skin microbiomes, which are as unique as our fingerprints. But we are certainly not there yet – and we should be wary, says Hamblin, of “anyone who’s out there right now selling a single microbe, or who tells you that you have a certain [microbial] imbalance you need to get corrected medically”.

There is a good chance we will never understand our microbiomes well enough to manipulate them confidently and to positive effect. “Maybe there are some things we can do, but … it keeps coming back to this holistic sense of ‘everything matters’.”

Microbiologists have found that hunter-gatherers and Amish people, who work together on farms from childhood, have optimally diverse microbiomes and minimal chances of contracting autoimmune conditions and associated inflammation. Urban westerners who want to boost their more modest skin microbes would benefit from close contact with other people and animals, and from spending as much time as possible in nature, preferably getting dirty.

But now that we are in a pandemic, much of that behaviour is on hold. In fact, if the relative sterility of the world before Covid-19 (in which Hamblin’s book was written) was already compromising our microbial balance, lockdowns and social distancing could challenge it even more. “I don’t know when we’ll go back to handshaking and ways that we might have been sharing different sorts of microbes with one another,” says Hamblin.

Of course, reducing antibiotic use is key to microbiome success, along with resisting washing so frequently. Which brings us to bottoms – for this is what people visualise when they get grossed out over other people not soaping themselves. How can you get rid of unwanted residue down there with just your hand and water? “Dry toilet paper kind of creates that problem,” says Hamblin. “If you were gardening and had mud all over your hands, would you just use a dry paper towel? No, you’d at least get them wet and scrub them together. When people use bidets, they have less of an issue with that, or when people use disposable towelette things.” But the towelettes are expensive, wasteful and block drains, he admits, so “wetting toilet paper is fine”. This is his solution, which he shares to satisfy curiosity, rather than to preach or prescribe. And no, the paper does not fall apart when wet – “unless you’re trying to drown it”.