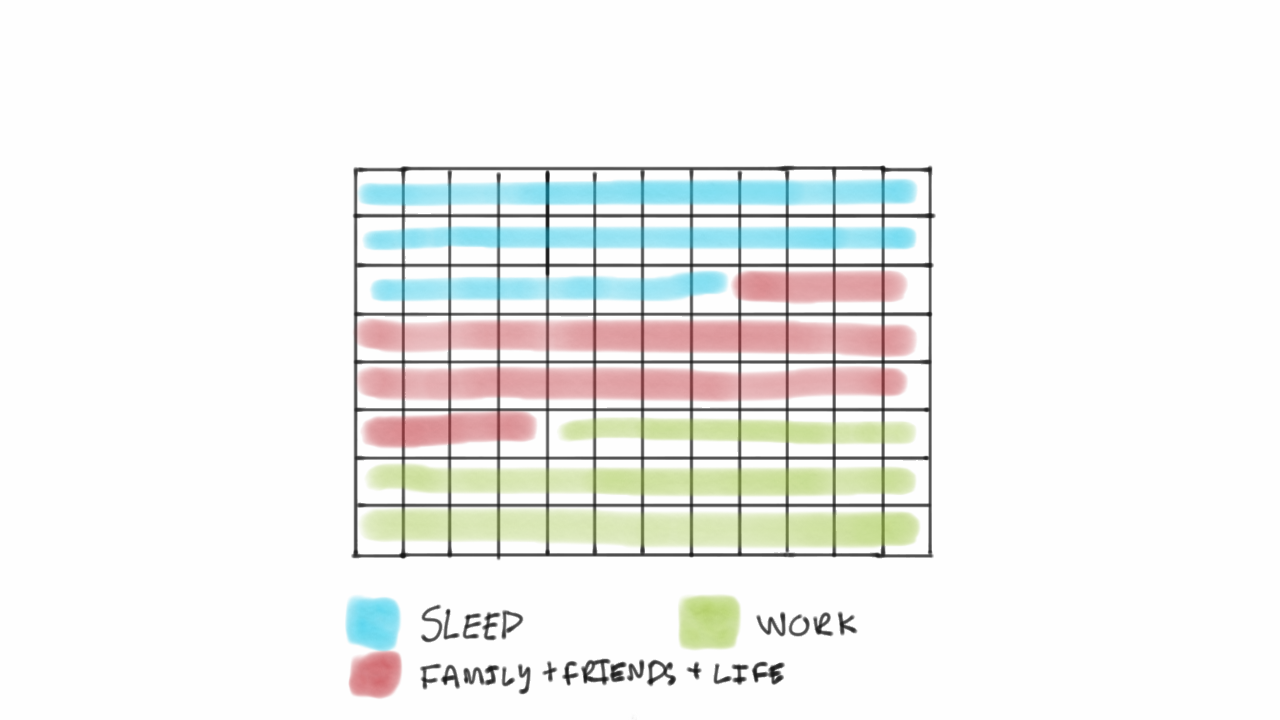 We each have 96 energy blocks each day to spend however we’d like. Using this energy blocking system will ensure you’re spending each block wisely to make the most progress on your most important goals.

Warren Buffett “ruled out paying attention to almost anything but business—art, literature, science, travel, architecture—so that he could focus on his passion,” wrote Alice Schroder in her book The Snowball. This isn’t unique to Warren Buffett. Almost all of the successful people I know follow a similar approach to focusing their efforts.

The key to better outcomes is not working harder. Most of us already work long hours. We take work home, we’re always on, we tackle anything we’re asked to do, and we do it to the best of our ability. It doesn’t seem to matter how many things we check off our to-do lists or how many hours we work, though; our performance doesn’t seem to improve.

While we like to think of exceptionally successful people as being more talented than we are, the more I looked around, the more I discovered that was rarely the case. One of the reasons we think that talent is the explanation is that it gives us a pass. We’re not as talented as those super-successful people are, so of course we don’t have the same results they have. The problem with this explanation is that it’s wrong. Talent matters, of course, but not as much as you think.

As I looked around, I noticed that the most successful people I know have one thing in common: they are masters at eliminating the unnecessary from their lives. The French writer Antoine de Saint-Exupéry hit on the same idea, writing in his memoir, “Perfection is finally attained not when there is no longer anything to add, but when there is no longer anything to take away.” This principle, it turns out, is the key to success.

Incredibly successful people focus their time on just a few priorities and obsess over doing things right. This is simple but not easy.

Here’s one method to help you choose what to focus on and how to use your time (it’s a mix of time blocking and a variation of Warren Buffet’s two-list system):

Not all of those blocks are direct productivity blocks — they can’t be unless we’re androids. Given that we’re human, we need to allocate some blocks to activities that humans require for good health, like sleeping. Sleeping for eight hours uses 32 blocks of your 96-block day. Let’s say that another 32 blocks go toward family, friends, commuting, and general life stuff. That leaves 32 blocks for you to apply your energy toward keeping your job and doing something amazing. 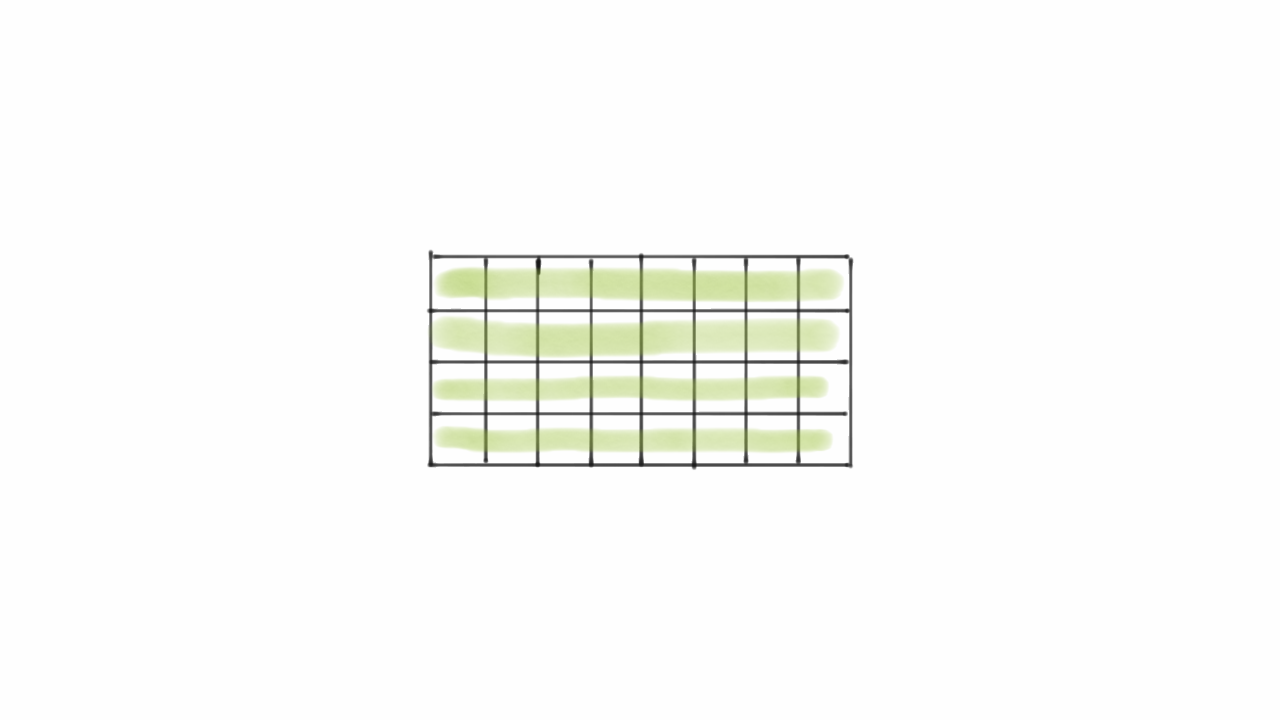 Think you can get more done by sleeping less? Think again. Sleep has a way of affecting your other blocks. If you get enough sleep, the other 64 blocks are amplified. If you don’t get enough, their efficacy is reduced. Almost every successful person I know makes sleep a priority. Some go as far as getting ChiliPads to regulate their bed’s temperature and going to bed at exactly the same time every night; others use the same wind-down routine every night. Almost all of them go to bed early (or least before 12), and wake up early to get a start on the day.

Step 2: Write a list of all the goals you have. When I did this, I stopped at 100 and I could have kept going. I would venture to guess that if you sat alone for half an hour, you’d come up with just as many. Writing them down not only frees up your mind from keeping track of them but also gives you a visual representation of just how many things you want to do.

Step 3: Circle your top three goals. Take your time; there’s no need to rush. It’s hard to narrow them down, which is why so few of us think about these things consciously.

Step 4: Eliminate everything else. This is where things get interesting. When it comes to the 32 blocks of work time you have to allocate, everything that’s not on your top-three list should be dropped. You can pick up the “everything-else” list after you’ve achieved a goal, but until then it’s what Warren Buffet calls your “avoid-at-all-costs” list.

The Power of Focus

Let’s look at an example. Say we’re working on 10 projects. We have priorities that we try to focus on, but we also give the other projects a decent effort. Let’s say we allocate our 32 blocks of energy to our 10 projects as follows: 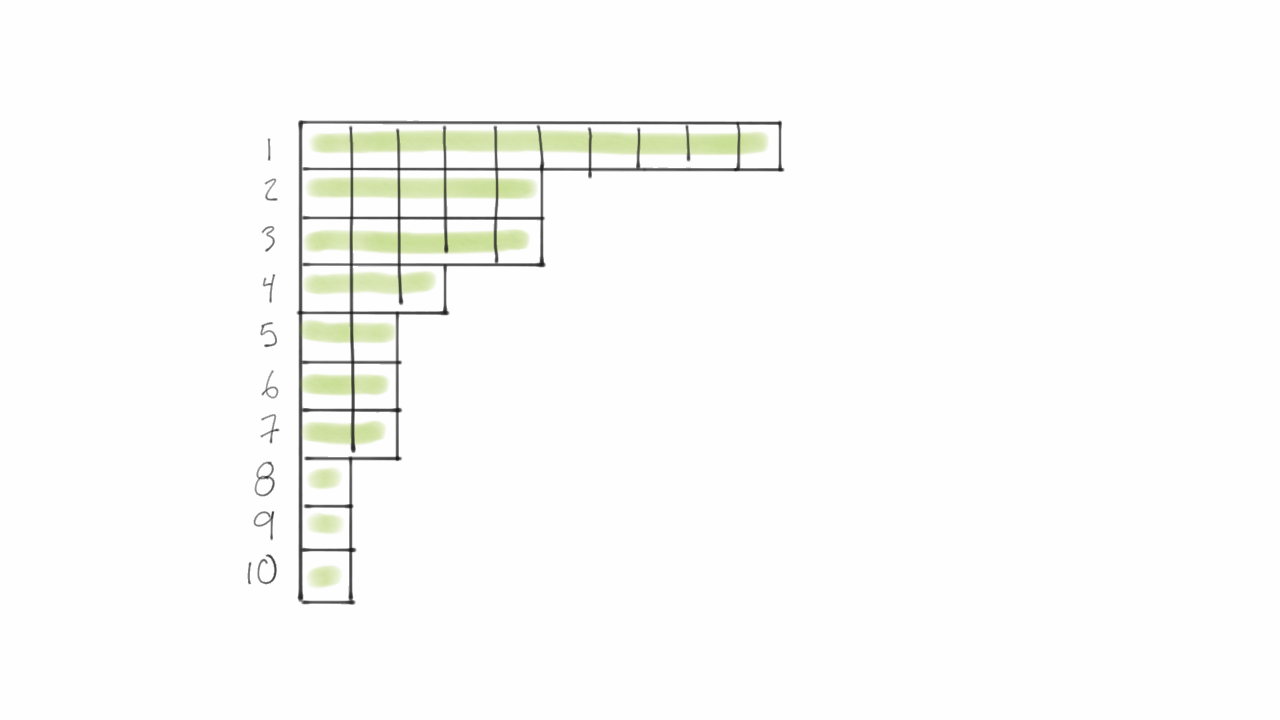 Not bad, eh? But if we do the above exercise, it will look more like this: 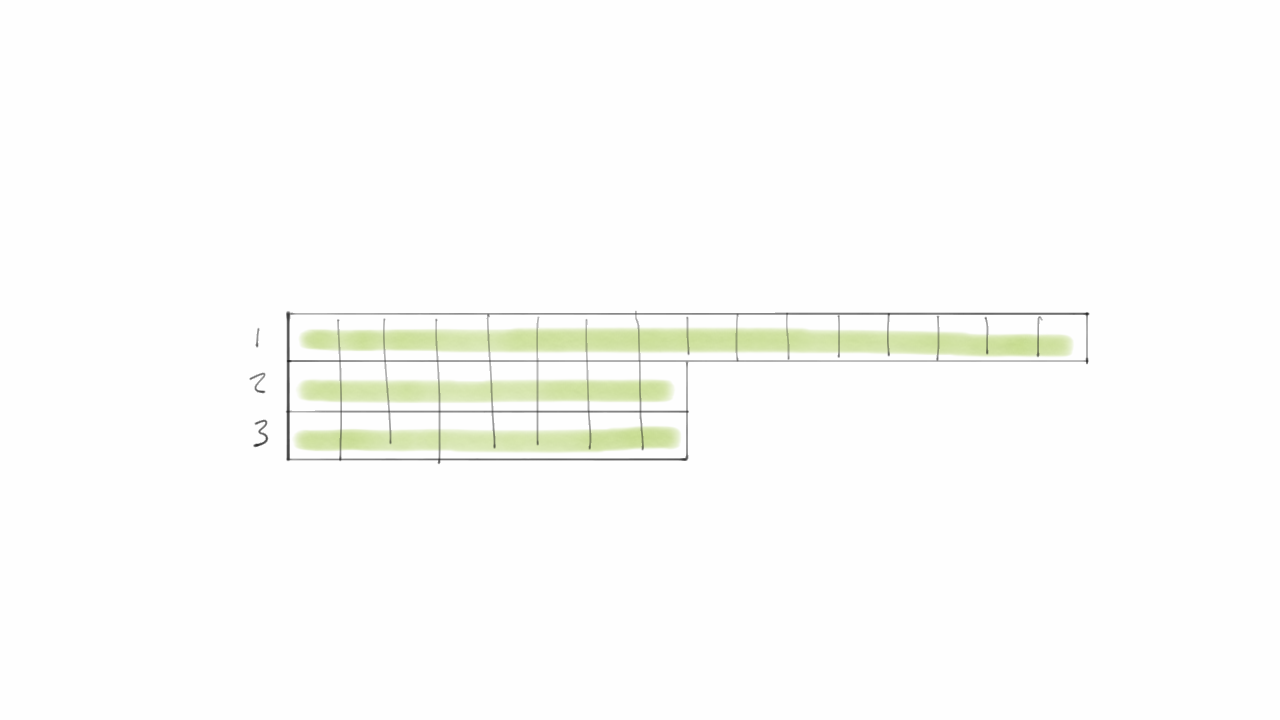 Focus directs your energy toward your goals. The more focused you are, the more energy goes toward what you’re working on.

Eliminating things that you care about is hard. You have to make tradeoffs. If you can’t make those tradeoffs, you’re not going to get far. The cost of not being focused is high.

The direction you’re going in is important to the extent that you’re applying energy to it. If you’re focusing your energy on 10 goals, you’re not focused, and instead of having a few completed projects, you have numerous unfinished projects. Like Sisyphus, you’re constantly getting halfway up the mountain but never reaching the top. I can’t think of a bigger waste of time.

It’s not about working harder to get better results. You have only so much energy to apply. Pick what matters. Eliminate the rest.