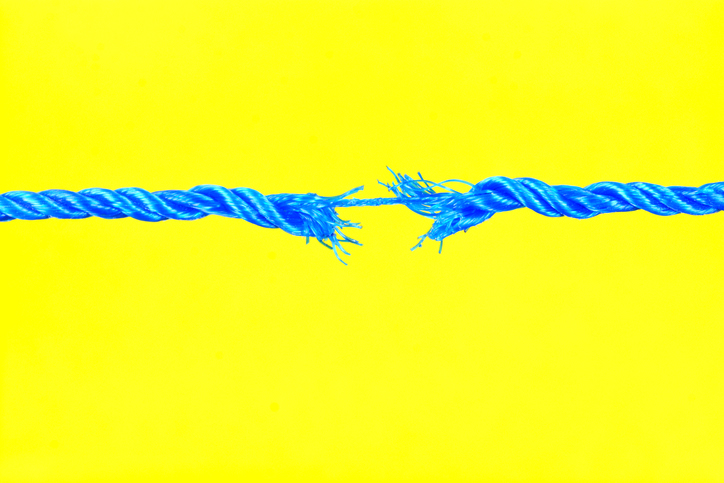 Your job title isn’t the only thing that determines how influential you are. Every word you use at work expresses your personal brand, from your confidence and authority to your depth of knowledge. And it’s verbs–those action words that should be the engine of a sentence–that most often trip us up.

Overusing certain weak verbs can make you sound weaker, too. They can undercut your ability to inspire others and suggest to listeners–from top executives and colleagues to your direct reports–that you aren’t really sure of yourself. So while there’s certainly room for uncertainty in any workplace, you might want to trim these verbs from your vocabulary.

Who doesn’t use the expression “I think?” Your coworker might say, “I think we should move ahead with this project,” or your boss may tell you, “I think you’ve got a good idea.” Harmless enough, right?

The only trouble is that “think” doesn’t sound definitive. It subtly saps the power of whatever follows it. “Think” derives from an Old English word (“þencan” or “thencan”) meaning to “conceive in the mind, consider, meditate.” In other words, you’re subtly suggesting that you’re still considering the position you espouse–that you’re not sure of it.

In ordinary conversation, “I think” is a throwaway phrase that won’t even register on most people, but you may want to steer clear of it at work. While it’s fine to mutter occasionally (“I think I’ll have coffee with my friend”), you’re better off axing any prefatory phrase in professional settings. Say, “You’ve got a good idea” or, “That’s an excellent proposal.” If you want a replacement verb, try, “I’m confident your plan will work!”

When your boss says, “I need this report as soon as possible,” she undercuts herself. Using “need” conjures up a feeling of dependency on the part of the speaker, rather than of obligation and responsibility on the part of the team. I once heard a vice president say to her subordinate, “I need you to do something for me.” It made the tone of her request sound pleading rather than empowered. Simply put, “I need” makes you sound needy. To project more confidence, swap it with firm but polite phrases like, “Please have this report to me by next Friday.”

“Want” is really similar to “need”: It suggests the speaker is wanting or lacking in some way. If a boss tells a subordinate, “I want you to improve the quality of your work,” that statement suggests the boss is not getting what she wants–which maybe she isn’t. But the better way to get what you want is to simply set forth facts: “Your work on this report needs to be higher quality.” That puts the onus on the employee.

Similarly, if you tell your boss, “I want a raise,” you’ve made an emotional appeal and signaled your lack of confidence. It’s better to bring together a verb of conviction (“I believe” or “I’m convinced”) and your reasons: “I believe my pay and performance during the last year make a strong case for a raise.”

“Guessing” conveys tentativeness. I once heard a CEO tell analysts, “Our best guess is that our profit for year’s end will be marginally better than last year’s.” There were so many ways he could have reframed that more confidently: “We expect our profit for the year to be ahead of last year’s,” or, “Our results should surpass last year’s.”

If you aren’t sure of the results, that’s fine! Don’t lie or exaggerate. Rather than “guess,” use the most confident expression you can.

Leaders often begin statements with “I hope”: “I hope we’ll get that sale” or, “I hope you’ll be able to take on that assignment.” Rather than inspiring confidence, “hope” has a prayer-like quality, suggesting that the speaker has little control over the outcome.

What are some alternatives? Instead of saying you “hope” that a team will bring in a client sale, tell them, “I’m looking forward to a win,” or “I know you’ll give it your all.” These statements are much more empowering. They show your confidence in what your team can already do, rather than subtly questioning their performance in the future.

You’re having coffee with a colleague who asks if you’re going to an upcoming town hall meeting. If you answer, “I suppose so,” you quietly indicate that it doesn’t really matter to you–you’re not really engaged.

There’s no occasion in the workplace where conveying your indifference and inertia will improve your influence or authority. Instead, find something to express your passion for (even if it’s not the meeting experience itself): “Yes, I’ll definitely be there–I want to hear what management has to say.” You may not think this matters when you’re talking to a teammate, but it does. News travels fast, and if the words you repeatedly use suggest a “don’t really care” attitude, it’s only a matter of time before your reputation and influence begin to dip.

Language is a powerful force in all your impromptu conversations. And because there are more chances to use them, the small words and phrases you resort to every day at work can have an outsized impact on your leadership ability. Cut these six verbs from your lexicon, and you’ll start to notice your power and confidence climb.