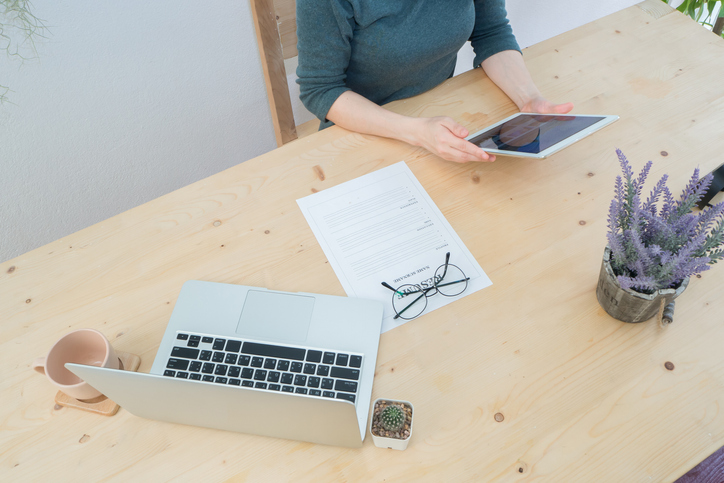 While your résumé won't get you the job you really want, if you're following a standard hiring process, a good cover letter and résumé are necessary to get you to the next stage, the interview (which is when you had better be ready for the most commonly asked job interview questions).

Oddly enough, though, "good" doesn't necessarily mean standing out from the crowd, taking a clever new approach, or simply making sure you don't use some of the sillier words people tend to use to describe themselves.

Researchers at the University of Michigan undertook a study "systematically examining the impression management (IM) content of actual résumé​s and cover letters and empirically testing the effect on applicant evaluation."

Or, in non-researcher-speak, they tried to figure out what works and what doesn't.

They broke impression management -- trying to influence the opinions of others -- down into eight basic categories:

Self-promotion also involved statements like, "Designed, negotiated, and wrote new financing agreements never before done on x, far exceeding the national average." And those old standbys, "My work experience and education uniquely qualify me for the position" and "I am a perfect match for this position."

Ingratiation could be institutional. You might say, "The university is a renowned institution. Go, (university team nickname)! The campus possesses beautiful natural grounds and extensive facilities for educating students. It is with great pleasure that I'm seeking to explore an employment opportunity within your organization." Or it could be individual, in which case you might say, "I would very much like the opportunity to discuss, in person, how I might add value to x. It is my sincere hope that we will meet for an interview to discuss this position. Thank you for your time and consideration."

Or you could really try to bring it home with, "I enjoy the challenges of implementing new programs and building successful teams. I have a true desire to make a positive difference in the lives of college students. In previous positions, I have approached them as opportunities for career enhancement and discovery. I'll bring the same entrepreneurial spirit to this job. I'm excited for the opportunity for an effective partnership."

I know what you're thinking. You've seen all that before. None of it stands out.

Here are some of the key findings from the research:

In short, the more frequently an organization uses words like excellent, outstanding, and superior in job postings, the more likely it is to get cover letters and résumé​s that include those words.

Yep: As in many things, it's all about moderation. Candidates who don't self-promote at all end up in the "no" pile. But so do those who go crazy with the self-promotion, especially when it doesn't match their actual accomplishments. Why?

But there is one place where taking a strong position does matter.

So while it does sound like a cliché to say something like, "Your company is changing the world and I would love to be a part of it," it works.

According to the researchers, "Ingratiation in the form of expressing values similar to those of the hiring institution or organization is likely to increase perceptions of person-organization ﬁt. Furthermore, the goal of ingratiation is to increase one's likability, and its use has been found to have a significant effect on judgments of interpersonal attraction which has been linked with organizational ﬁt perceptions."

In other words, organizations want you to say you embrace their values and their mission.

Which is why successful candidates do just that.

If you're hiring, think about the language you use in your job postings. In all likelihood, what you will get back is what you put out -- which often does little to help you find the perfect candidate for your job. If you ask for adjectives, you'll get adjectives. A better approach is to say you're seeking a person with certain accomplishments -- then you can decide whether what the candidate has done matches up with what you need him or her to actually do.

If you're a job candidate, read the job posting carefully. Your goal is to strike the right balance of self-promotion.

If the posting includes a lot of superlatives, feel free to use a few yourself. (That's what they're looking for.) But don't go too crazy. If the job posting is light on superlatives, go light -- otherwise your "more intense" self-promotion will be seen as manipulative.

And if you're a woman, chances are your natural tendency is to go light on self-promotion, so consider taking it up a notch.

And no matter who you are, say you want the job -- and why you want the job. Explain why you'll be a great cultural fit. Remember, "expressing values similar to those of the hiring institution or organization is likely to increase perceptions of person-organization ﬁt." Say that you'll fit, and say why you will fit.

All of which means you can't create a boilerplate cover letter and résumé to use for every opening. Not only do you need to tailor your skills and qualifications that you mention to the particular opening, you also need to tailor your self-promotional language to that of each job posting.

If you want to get the interview, that is.