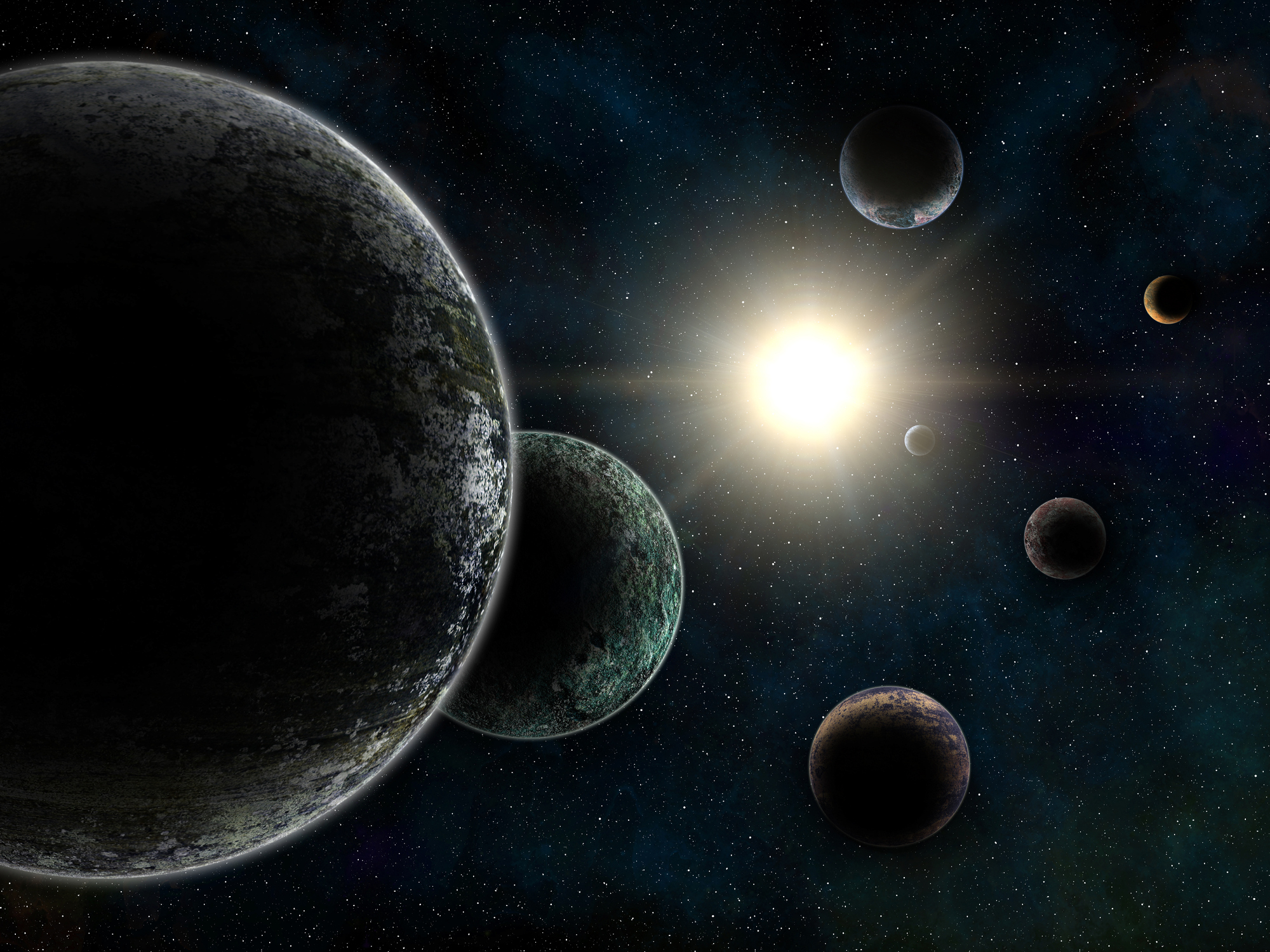 How special is the solar system? The history of astronomy has mostly been a one-way journey from a worldview in which our solar system is orderly (and divine) to a view in which we are not special. Our solar system’s planets, once thought to dance in god-ordained perfect circles in a “music of the spheres,” deviate from circular orbits. Johannes Kepler, who demonstrated the non-circular orbits of the planets, tried to restore a sense of heavenliness by latching onto a new pattern for their orbits based on Plato’s mathematical solids—but that notion was discredited many years later with the discovery of Uranus.

So when, on a sunny afternoon in California in 2017, I discovered a set of patterns that seem to rule planetary systems other than our own, I was skeptical. Were these patterns real, or were they an illusion? And if real, what did they mean about our solar system’s place in the cosmos?

In addition to our solar system, we now know of over 400 multi-planet systems, thanks largely to the Kepler Mission. Kepler is a NASA spacecraft (named after the 17th century German astronomer) that was launched in 2009 for the sole purpose of discovering exoplanets—worlds orbiting other stars. It finds those exoplanets by continuously measuring the brightnesses of about 100,000 stars and waiting for the starlight from any of them dim ever so slightly due to the shadow of a planet in transit. The transit of each planet is unique, allowing the discovery of multiple planets orbiting the same star.

This is not at all what my colleagues and I expected. In our solar system, planets range from the size of Mercury (less than half the radius of Earth) to Jupiter (more than ten times the radius of Earth). The whole population of exoplanets discovered by Kepler ranges from one quarter the size of Earth to about twenty times the size of Earth. Yet, despite this wide range of possible sizes, planets tend to be about the same sizes as their neighbors. One of my collaborators decided they looked like “peas in a pod,” and that moniker became our shorthand for the pattern.

To test whether the peas-in-a-pod pattern was real, I concocted (on my laptop) imaginary planetary systems in which the sizes of planets orbiting a given star were random. Could some sort of bias in Kepler’s method of finding planets—which favors the detection of large planets close to their stars—contrive to make the planets in each of my imaginary systems appear to fit the pattern?

A representation of the planet sizes and spacings in each of the multi-planet systems with four or more planets from the California Kepler Survey, and our solar system (SOL). Each row represents a planetary system, with the star at the left (denoted by the Kepler Object-of-Interest name for the system), and planet orbital distance increasing to the right in astronomical units (AU). Credit: Lauren Weiss.

The answer was no: in more 1000 trials with randomly assigned planet sizes put through a virtual Kepler’s detection scheme, a pattern of similarly-sized planets in the same systems never emerged. This computational experiment did not reproduce what we observe in the Kepler planetary systems. Thus, the regular sizes of planets is a real astrophysical pattern.

In addition to having similar sizes, planets in these peas-in-a-pod-like systems also have regular orbital spacing. We found that the orbital distance between the first pair of planets is a good predictor of the orbital distance of the third planet, and the fourth, and so on. (Regular spacing also exists in our solar system out to Uranus and is called the Titius-Bode Law, but Neptune and Pluto do not follow the pattern). Furthermore, there is a link between the sizes of the planets and their spacing: the systems with the smallest planet sizes also have the closest orbital spacings.

What do these patterns mean? Planet formation is surely governed by the laws of physics, but we do not have a clear narrative of how these laws manifest in the messy environment of planetary birth. Theories of planet formation were mostly written before the discovery of the first exoplanet; their purpose was to explain the emergence of our own solar system from a disk of gas and dust. A widely accepted (but unconfirmed) theory about planet formation involves the rise of so-called “oligarchs,” young precursors of planets that each influence a swath of fixed width within the disk around the star. (Pluto is no longer considered a planet because Pluto was never big enough to be an oligarch.)

Oligarchic theory predicts roughly equal-mass oligarchs spaced at regular intervals, with the size of the oligarch dependent on the width of its influence. However, because our solar system is not a system of equal-mass planets at regular spacing, the rise of oligarchs is considered a mere chapter in our solar system’s history, an early pattern that was later overwritten by violent impacts that formed our very dissimilar terrestrial planets.

Yet hundreds of exoplanets exhibit a pattern that, in a qualitative sense, resembles our long-lost oligarchs. Perhaps the peas-in-a-pod are aged oligarchs. If so, how did they evade the violence that later shaped our solar system? We might find the answer, if we continue measuring the fundamental properties of the peas-in-a-pod planets. Or we might find additional planets in these systems that break from the pattern, just as the discovery of Uranus deviated from Kepler’s proposed pattern for the orbits in our solar system. Regardless, I think Kepler would be pleased to see that, thanks to a telescope bearing his name, we have discovered a pattern that pervades not just one, but hundreds of planetary systems.

Lauren Weiss, PhD, is the Parrent Postdoctoral Research Fellow at the Institute for Astronomy at the University of Hawai'i, Manoa. She lives in Honolulu, Hawai'i. You can find more of her writing on rockyworlds.wordpress.com.

Note: The author was the Trottier Postdoctoral Research Fellow at the Université de Montréal when she performed the research described above, which has been refereed and published in the Astronomical Journal and is also publicly available on the ArXiv and in a press release. This research was conducted as part of the California Kepler Survey, which made use of data from the NASA Kepler Mission and from the W. M. Keck Observatory on Mauna Kea, Hawai’i. The views expressed are those of the author(s) and are not necessarily those of Scientific American.