No One Wants Your Used Clothes Anymore

A once-virtuous cycle is breaking down. What now? 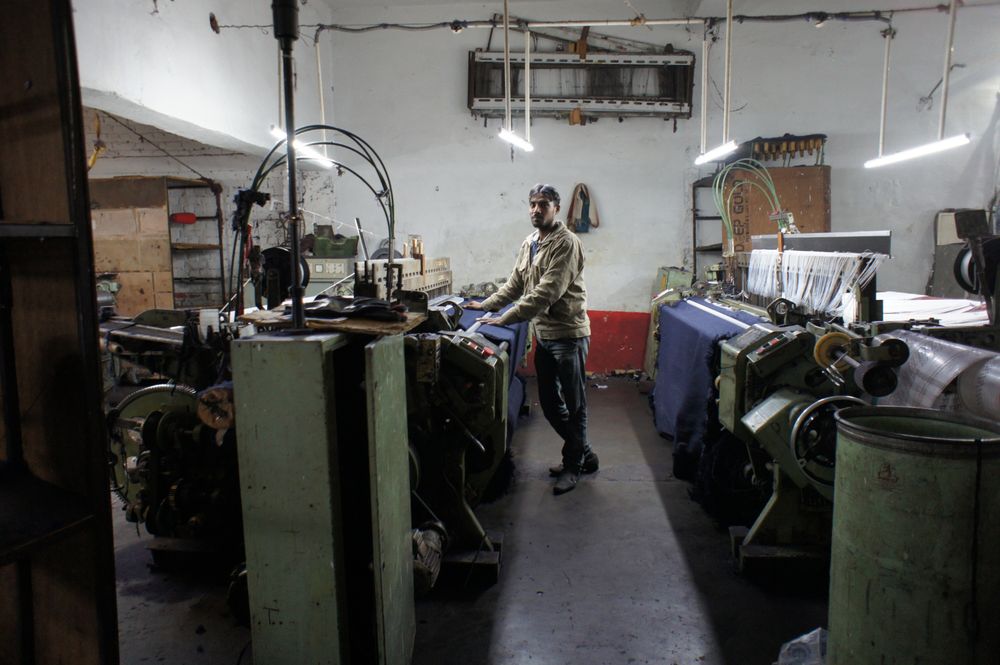 For decades, the donation bin has offered consumers in rich countries a guilt-free way to unload their old clothing. In a virtuous and profitable cycle, a global network of traders would collect these garments, grade them, and transport them around the world to be recycled, worn again, or turned into rags and stuffing.

Now that cycle is breaking down. Fashion trends are accelerating, new clothes are becoming as cheap as used ones, and poor countries are turning their backs on the secondhand trade. Without significant changes in the way that clothes are made and marketed, this could add up to an environmental disaster in the making.

Nobody is more alert to this shift than the roughly 200 businesses devoted to recycling clothes into yarn and blankets in Panipat, India. Located 55 miles north of Delhi, the dusty city of 450,000 has served as the world's largest recycler of woolen garments for at least two decades, becoming a crucial outlet for the $4 billion used-clothing trade.

Panipat's mills specialize in a cloth known as shoddy, which is made from low-quality yarn recycled from woolen garments. Much of what they produce is used to make cheap blankets for disaster-relief operations. It's been a good business: At its peak in the early 2010s, Panipat's shoddy manufacturers could make 100,000 blankets a day, accounting for 90 percent of the relief-blanket market.

In the early 2000s, though, cash-flush Chinese manufacturers began using modern mills that could produce many times more blankets per day than Panipat's, and in a wider variety of colors. Ramesh Goyal, the general manager of Ramesh Woolen Mills, told me that Chinese manufacturing has become so efficient that a new polar fleece blanket costs a mere $2.50 retail -- compared to $2.00 for a recycled blanket. This has made China the preferred manufacturer of relief blankets worldwide, costing Panipat most of its export market.

So Panipat is changing. In 2013, nobody in town made new fleece blankets. Today, about 50 mills do. Ramesh Woolen Mills added a Chinese-built line in 2016, and thereby boosted its production from 7,000 kilograms a day to 12,000, two-thirds of which is polar fleece. Consumers appreciate the quality, variety and fast production times.

But what's good for Panipat and its customers is bad news for donors and the environment. Even if Panipat were producing shoddy at its peak, it probably couldn't manage the growing flood of used clothing entering the market in search of a second life. Between 2000 and 2015, global clothing production doubled, while the average number of times that a garment was worn before disposal declined by 36 percent. In China, it declined by 70 percent.

The rise of "fast fashion" is thus creating a bleak scenario: The tide of secondhand clothes keeps growing even as the markets to reuse them are disappearing. From an environmental standpoint, that's a big problem. Already, the textile industry accounts for more greenhouse-gas emissions than all international flights and maritime shipping combined; as recycling markets break down, its contribution could soar.

The good news is that nobody has a bigger incentive to address this problem than the industry itself. By raising temperatures and intensifying droughts, climate change could substantially reduce cotton yields and thus make garment production less predictable and far more expensive. Industry executives are clearly concerned.

The question is what to do about it. Some brands, such Hennes & Mauritz AB (better known as H&M) and Patagonia Inc., are experimenting with new fibers made from recycled material, which could help. But longer-term, the industry will have to try to refocus consumers on durability and quality -- and charge accordingly. Ways to do this include offering warranties on clothing and making tags that inform consumers of a product's expected lifespan. To satiate the hunger for fast fashion, meanwhile, brands might also explore subscription-based fashion rental businesses -- such as China's YCloset -- or other more sustainable models.

None of these options can replace Panipat and the other mill towns that once transformed rich people's rags into cheap clothes for the poor. But, like it or not, that era is coming to an end. Now the challenge is to stitch together a new set of solutions.

Adam Minter is a Bloomberg Opinion columnist. He is the author of “Junkyard Planet: Travels in the Billion-Dollar Trash Trade” and the forthcoming "Secondhand: Travels in the New Global Garage Sale."