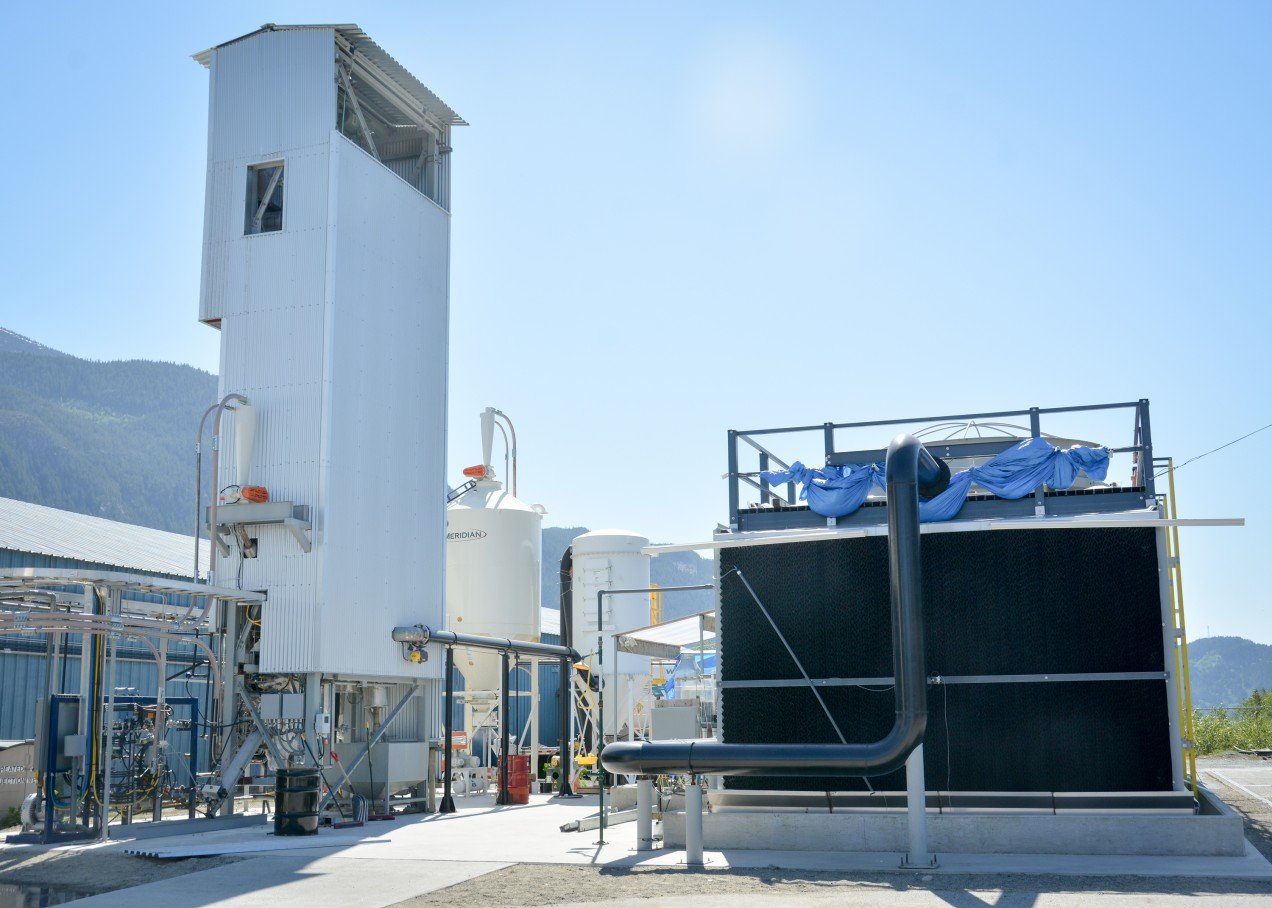 While avoiding the worst dangers of climate change will likely require sucking carbon dioxide out of the sky, prominent scientists have long dismissed such technologies as far too expensive.

But a detailed analysis published in June, 2018, in the journal Joule finds that direct air capture may be practical after all. The study concludes it would cost between $94 and $232 per ton of captured carbon dioxide, if existing technologies were implemented on a commercial scale. One earlier estimate, published in Proceedings of the National Academies, put that figure at more than $1,000 (though the calculations were made on what’s known as an avoided-cost basis, which would add about 10 percent to the new study’s figures).

Crucially, the lowest-cost design, optimized to produce and sell alternative fuels made from the captured carbon dioxide, could already be profitable with existing public policies in certain markets (see “The carbon-capture era may finally be starting”). The higher cost estimates are for plants that would deliver compressed carbon dioxide for permanent underground storage.

Making direct air capture as cheap as possible is critical because a growing body of work finds it’s going to be nearly impossible to prevent global temperatures from rising more than 1.5 ˚C without rolling out some form of the technology on a huge scale. By some estimates, the world will emit enough greenhouse gases to lock in that level of warming within a few years. At that point, one of the only ways to reverse the effects is to remove carbon dioxide from the atmosphere, where it otherwise persists for thousands of years.

David Keith, a Harvard physics professor and lead author of the paper, says the findings should shift the perception of direct air capture from “vaporware” to “something that can be built with current industrial technologies now.”

Keith is also the founder of Carbon Engineering, a Calgary-based startup that has spent the last nine years designing, refining, and testing a direct air capture pilot plant in Squamish, British Columbia. (See “Go inside an industrial plant that sucks carbon dioxide straight out of the air.”) The study, partially funded by the US Department of Energy, simulates a scaled-up version, based on the facility’s actual performance and cost data. 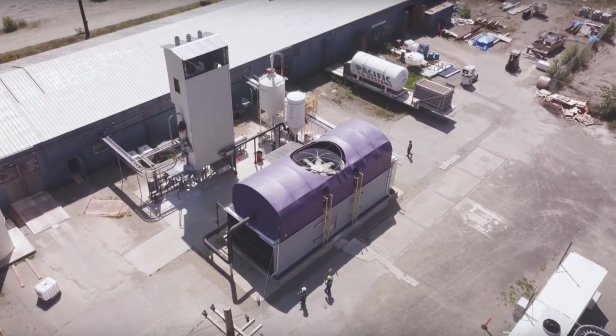 “I hope it’s a real change in the community’s view of the technology,” Keith says.

In 2011, a pair of influential papers all but sounded the death knell for direct air capture, concluding that the approach would cost nearly an order of magnitude more than capturing the greenhouse gas from power-plant stacks.

“It’d be such a great solution—if it were real,” MIT Energy Initiative senior researcher Howard Herzog, who coauthored the study that found costs could top $1,000 a ton, said at the time.

In an interview, Herzog complimented the detailed analysis in the new study, but said he remains skeptical of some of its financial assumptions. He expects that Carbon Engineering will face higher costs and challenges than it anticipates as the company moves to build larger plants.

“Until you really can confirm the costs and performance at scale, you’ve always got to take those costs with a grain of salt,” he says. “I still think a final number could be several times as much.”

The cost differences from the earlier studies arise mainly from different design choices. Those include the use of horizontally rather than vertically stacked structures, lower energy demands due to improved heat integration in the process, and the power sources selected to run the plant.

Carbon Engineering plans to combine the carbon captured at its plants with hydrogen to produce carbon-neutral synthetic fuels, a process the pilot facility has already been performing. Such fuels are more expensive than standard gasoline and diesel, so the size and stability of the market for them will depend largely on whether subsidies are in place. 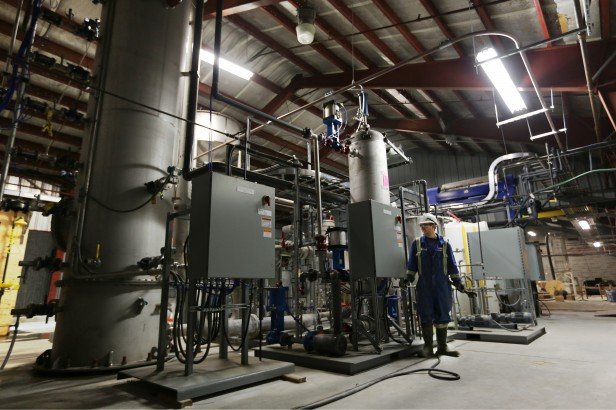 Following successful tests at the pilot plant, Carbon Engineering is now planning to build a larger facility to sell fuels.

As of June 2018, Carbon Engineering has secured $30 million. It’s currently seeking additional funds to build a larger facility that will begin selling fuels, though still on a relatively small scale.

But those carbon-neutral fuels won’t directly help to reduce carbon in the atmosphere (unless they’re used in systems that capture carbon as well). To make real gains in removing greenhouse gases, the world may eventually need to permanently store massive amounts of captured carbon dioxide, rather than releasing it again when synthetic fuels burn. Doing that on a large scale would almost surely require significant cost reductions, a high price on carbon, or other public policy support.

Keith says producing synthetic fuels offers a sustainable business model that could help companies scale up and reduce the costs of the technology, easing the path to that eventual goal.

But Herzog, who has also studied the challenges of converting carbon dioxide into fuel, remains skeptical that the numbers will work even for that initial business model.

“It’s very tough, and even tougher if the CO2 is from your most expensive source, which is the air,” he says.

James Temple is the senior editor for energy at MIT Technology Review.