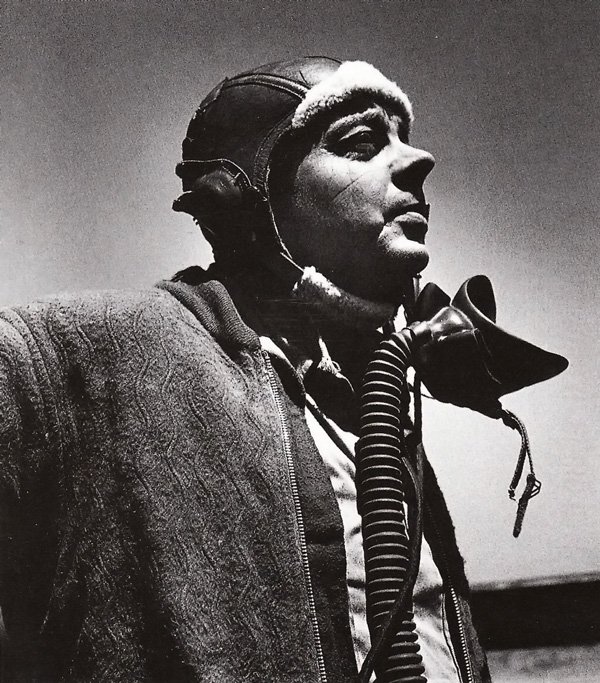 “Ponder for a long time whether you shall admit a given person to your friendship,” Seneca counseled in considering true and false friendship, “but when you have decided to admit him, welcome him with all your heart and soul.” To lose a friend who has earned such wholehearted admission into your soul is one of life’s most devastating sorrows. Whatever shape the loss takes — death, distance, the various desertions of loyalty and love that hollow out the heart — it is one of life’s most devastating sorrows. It is also one of life’s most absolute inevitabilities — we will each lose a beloved friend at one point or another, to one cause or another. 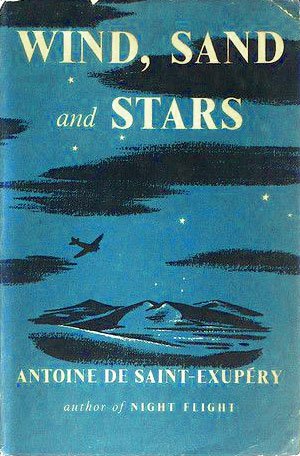 No one has articulated the disorientation of that inevitability more beautifully than Little Prince author Antoine de Saint-Exupéry (June 29, 1900–July 31, 1944) in Wind, Sand, and Stars (public library) — that endlessly rewarding collection of his autobiographical vignettes, philosophical inquiries, and poetic reflections on the nature of existence, published just as WWII was breaking out and four years before The Little Prince, which Saint-Exupéry would dedicate to his best friend in what remains perhaps the most beautiful book dedication ever composed.

With an eye to his life as a pilot, Saint-Exupéry considers with unsentimental sweetness the common experience of losing fellow pilots to accident or war. In a passage that radiates universal insight into the loss of a friend, whatever the circumstance, he writes:

Bit by bit… it comes over us that we shall never again hear the laughter of our friend, that this one garden is forever locked against us. And at that moment begins our true mourning, which, though it may not be rending, is yet a little bitter. For nothing, in truth, can replace that companion. Old friends cannot be created out of hand. Nothing can match the treasure of common memories, of trials endured together, of quarrels and reconciliations and generous emotions. It is idle, having planted an acorn in the morning, to expect that afternoon to sit in the shade of the oak.

So life goes on. For years we plant the seed, we feel ourselves rich; and then come other years when time does its work and our plantation is made sparse and thin. One by one, our comrades slip away, deprive us of their shade. 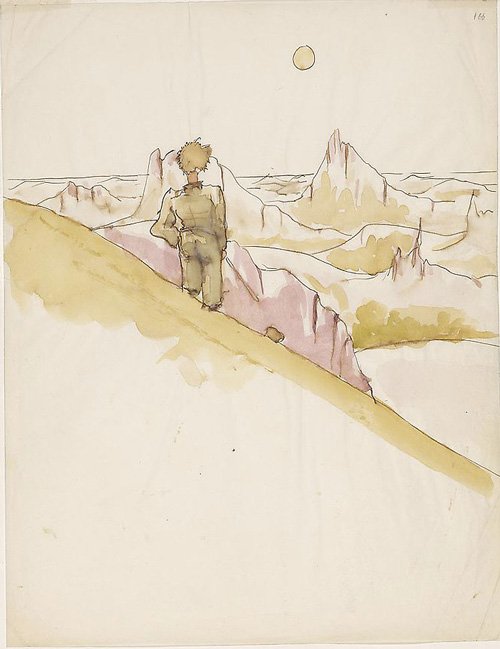 One of Saint-Exupéry’s original watercolors for The Little Prince.

Three years later, Saint-Exupéry would offer the most poetic consolation there is, only consolation there is for this existential sorrow, in the final pages of The Little Prince — a book very much about reconciling the great unbidden gift of loving a friend with the inevitability of losing that friend. In the closing scene, the little prince, about to depart for his home planet, tells the heartsick pilot unwilling to lose him and his golden laugh:

All men have the stars… but they are not the same things for different people. For some, who are travelers, the stars are guides. For other they are no more than little lights in the sky. For others, who are scholars, they are problems. For my businessman they were wealth. But all these stars are silent. You — you alone — will have the stars as no one else has them… In one of the stars I shall be living. In one of them I shall be laughing. And so it will be as if all the stars were laughing, when you look at the sky at night… And when your sorrow is comforted (time soothes all sorrows) you will be content to have known me. You will always be my friend. You will want to laugh with me. And you will sometimes open your window, so, for that pleasure… And your friends will be properly astonished to see you laughing as you look up at the sky!

Months later, much to the sorrow of his own friends and the millions of strangers who had come to love him through his books, Saint-Exupéry himself would become one of the lost pilots, vanishing over the Mediterranean Sea on a reconnaissance mission, his stardust silently returned to the stars that made him.

Couple with trailblazing astronomer Maria Mitchell on how we co-create one another and re-create ourselves through friendship, then revisit Saint-Exupéry on love and mortality, what the desert taught him about the meaning of life, and how a simple human smile saved his life during the war.