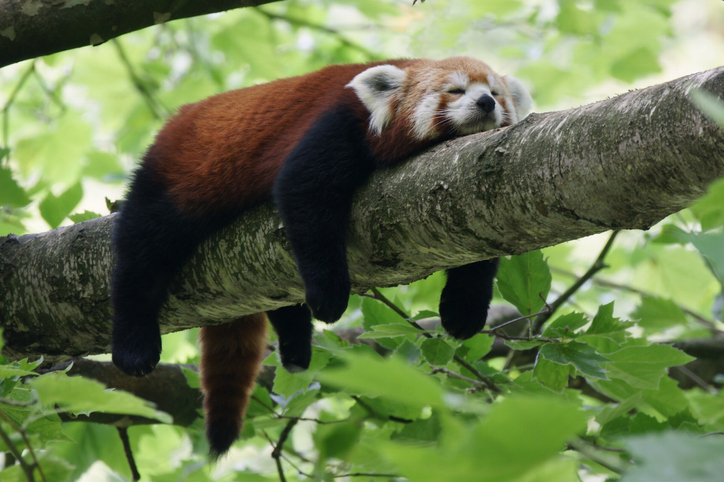 In 2017, the artist and academic Jenny Odell gave a keynote address on “how to do nothing.” In it she talked about the impact of modern life’s ceaseless demands on our time and attention, “a situation where every waking moment has become pertinent to our making a living.” And she discussed how she herself had found respite in nature.

Her talk was written for the Eyeo festival in Minneapolis – described as for the “creative technology community” and attended by the kind of blue-sky thinkers unlikely to balk at references to concepts like “observational eros.” Yet, when the 10,000-word transcript was published online, it went viral. Not only that: many people read it to the end.

“It was really a surprise that it resonated with people outside of that pretty specific context, and that people would have the patience to read something that’s 45 minutes long, online,” says Odell, by phone from her home in Oakland, California. “I’ve gotten a lot of responses from people saying things like, ‘you’ve put words to a feeling that I’ve had for a long time’.”

That a lengthy online treatise about shattered attention spans should manage to hold so many of them is ironic, it reflects wider concern. Odell writes of feeling compelled to seek refuge in her local rose garden in the days after Donald Trump became president, “like a deer going to a salt lick”: “It really did feel necessary, like a survival tactic.”

She eventually understood the impulse in the words of the French philosopher, Gilles Deleuze: when we are “riddled with pointless talk, insane quantities of words and images,” the challenge is to search for “little gaps of solitude and silence in which [to] find … the rare, and even rarer thing that might be worth saying.”

If that was hard in 1985, when Deleuze was writing, it is next to impossible now. Technology, coupled with economic insecurity, has dissolved boundaries between work, rest and leisure. “What we are left with,” Odell writes, with no small sadness, “[are] 24 potentially monetizeable hours … that we can no longer justify spending on ‘nothing.’ It ...is simply too expensive.”

This “crisis” forms the basis of Odell’s book, described as both a “critique of the forces vying for our attention” and an action plan for how to resist them. As a title, How to Do Nothing sounds parodic – I felt a bit self-conscious reading it on the train. Who needs a book to know how to do nothing?

Many of us, it turns out. In the 18-month turnaround from Odell’s keynote to hardback – warp-speed, for the industry – publishing has become transfixed by our current way of life and the possibility of a different one, evidenced by Malcolm Harris’s Kids These Days, a social critique of millennials as human capital, Digital Minimalism by Cal Newport, BuzzFeed journalist Anne Helen Petersen’s book on “millennial burnout,” and another on “the art of rest” by Claudia Hammond.

Together, these books seem to denote a dawning, collective comprehension that “rather than establishing a set of rigorous habits, we may need to rethink our approach to life in general,” as the New Yorker’s Jia Tolentino put it (her own essay collection also deals with these themes). And Odell seems to be proposing a solution.

“I mean, I hope so,” she says. “My own experience was one of self-observation, which I think is happening to a lot of people right now – you can only do something that makes you feel so bad, for so long, without starting to ask why. The original talk came out of me wondering why I was going to the rose garden so often, and why that felt necessary – I think this cultural moment, this kind of reckoning that’s happening, is maybe related.”

Many commentators have zeroed in on our relationship with technology as the source of the problem: Newport advocates a 30-day “digital declutter,” while others suggest using apps to monitor or restrict screen time. But Odell sees that approach as too limited, not only inadequately isolating tech as the cause but also framing it as the answer. Her proposal is that we train ourselves to assume a different perspective, one that allows us to see familiar things in a new way and in the process find momentary relief.

“When I try to articulate it, it sounds really abstract, but I think it’s actually very practical,” Odell says. “If you think about your mindset when you go to a place you’ve never been, especially on vacation, the way that you look at things is quite different than how you would normally look at things while on your way to work. A lot of what I’m describing is trying to apply that same mindset to things that you’ve seen many times – you will always be surprised.”

Many will recognise that slightly out-of-body sensation of being confronted by limitless possibilities in an unfamiliar place, and the refreshing, restorative effect it can have; the trick to surviving this modern world, Odell says, is to be able to access that plane as and when necessary. “Once in a while, I will go and stay in a cabin somewhere for a couple of days, but oftentimes that’s not possible. With a lot of will and effort, you can do that without leaving – you can make a decision to look at everything a little bit off-kilter. If you just expand out from the 24-hour news cycle, the notifications, even a little bit, it no longer feels like just another day.”

Odell herself finds this state of mind most easily accessed in nature, losing herself in the study of a single leaf or patch of earth, or going on meandering hikes. “I can’t even call it a hike, because some of that is just me sitting on a rock or under a tree somewhere. I’ll be on some other planet in my head, then I’ll see some trail runners who clearly just got off work, and it’s their exercise ... whereas I was having this almost psychedelic encounter with very specific plants.”

It is a kind of mindfulness that Odell is describing, albeit stripped of any connection to the wellness industry; the practice of simultaneously seeing more and zooming in with hyper-precision. “I think it gets easier, the more you do it. But sometimes it’s the really simple thing of just asking, ‘OK, what in this scene have I not noticed before?’”

A keen birdwatcher (or, as she puts it, “bird-noticer”), Odell recalls in great detail specific experiences in nature – happening upon a clearing full of sage plants and its “amazing smell,” or seeing a “really amazing warbler.” “It’s not about, at the end of those five hours, thinking, ‘I’m so glad I got my heart rate up’. Maybe I did, I don’t actually know. But it’s more that. When I got back to my car, it was like that time had just disappeared – it felt like it had been three days.” It is further evidence of the importance of parks and green spaces in cities, she adds.

Finding solace in nature is not a new idea, but its sense of escape is increasingly necessary for our survival, says Odell. She has previously likened it to “a wastewater treatment for my brain” – if not clearing it of “debris and noise and worry,” at least making her conscious of it. “You really can’t see it unless you step aside,” she says now.

Awareness – rather than change – may be the most we can hope for. Odell has said How To Do Nothing is not a self-help book promising simple steps to a lasting new way of life : “You have to know that you’re going to keep getting sucked back in, and be realistic about that.”

She hopes, however, that learning “how to do nothing” may serve as self-care in the original sense that Audre Lorde intended it - as a strategy of self-preservation for activism. With inattention at the root of inaction, complacency and even bias – she draws a link between her ideas and efforts to counter implicit racial prejudice through teaching people “how to see what they’re not seeing.” The mere investment of attention signals intention and invites returns. It is “quite humbling,” she says, to discover how much you have been missing.

“That decision to pay attention to different things, or to ask those questions – to me, that’s the beginning of free will. If, in that abstract mental space, you can be reminded that the decision is actually yours to make, that it wasn’t made for you, I think that cascades into all the other areas of your life – like, for instance, using social media – where you actually have a choice, where you didn’t think you had one.”

But paying attention is not easy to do. It demands “a state of openness that assumes there is something new to be seen,” and the discipline to “resist our tendency to declare our observations finished,” writes Odell. What is necessary, she says, is refusal (she reimagines #fomo as “#nomo, the necessity of missing out”) and vigilance, guarding against the burnout or apathy that can result from extreme overstimulation. “If attention and will are so closely linked, then we have even more reason to worry about an entire economy and information ecosystem preying on our attention.”

Ironically, in the wake of Odell’s book, it has been possible to observe those forces’ magnetic pull in action. The social critiques in her keynote have subsequently been bundled in with Silicon Valley- style “life hacks,” such as the idea of meditating for productivity; or proposals to alleviate the effects of capitalism with more capitalism, by working harder or buying more. While mindfulness is often billed as having the revolutionary power to transform the world, Odell’s book makes few promises beyond, perhaps, increased awareness and a possible coping strategy. But it is not hard to imagine her quite academic, unwieldy treatise being tidied up and repackaged as The Life-Changing Magic of Doing Nothing, assimilated by those forces for productivity it tries to resist.

It may well be already happening. I catch myself asking Odell what she sees as the benefit or the outcome of doing nothing – is it increased creativity? Greater empathy, improved mental health?