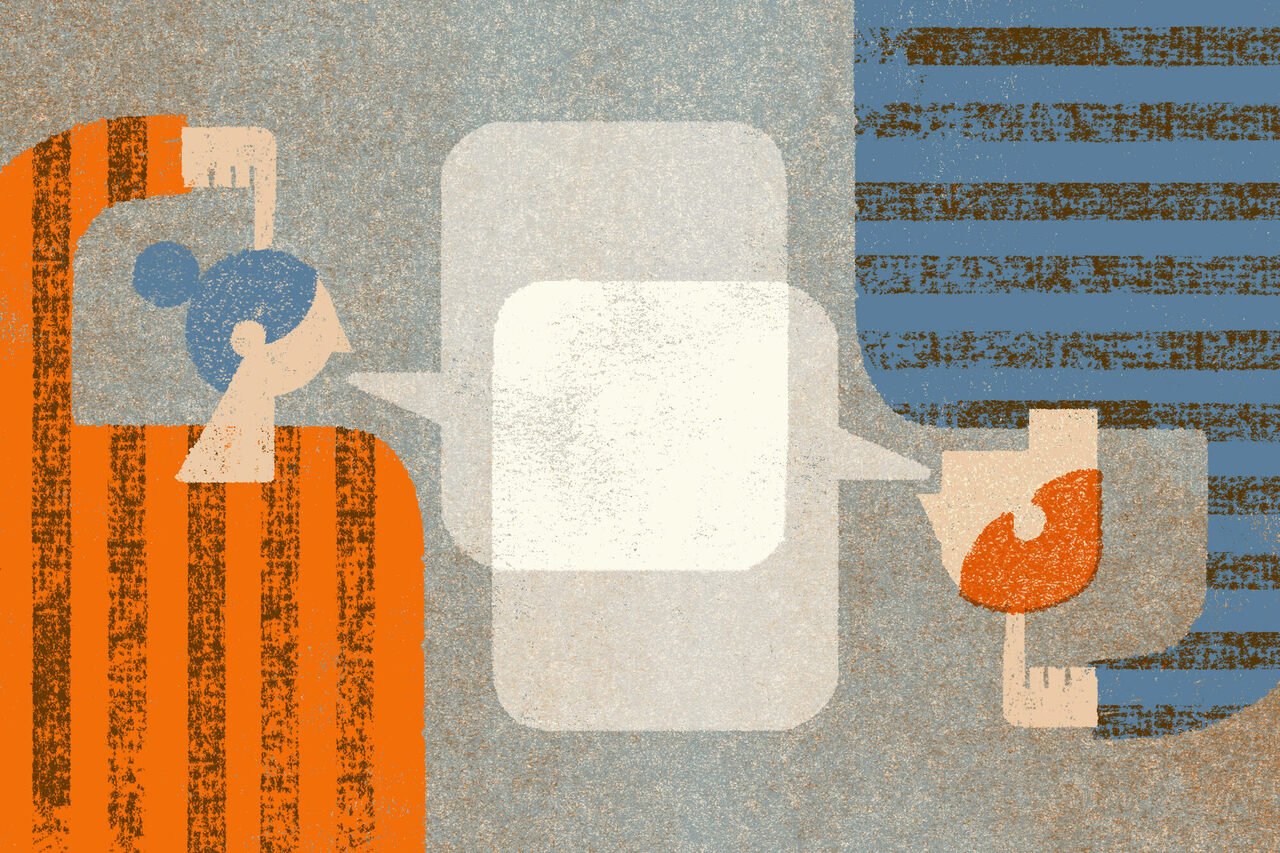 It’s a curious thing when there is an idiom—structured roughly the same way and meaning essentially the same thing—that exists in a large number of languages. It’s even more curious when that idiom, having emerged in dozens of different languages, is actually … about language. That’s the case with “It’s Greek to me.”

In a wide-ranging number of languages, major and minor, from all different branches of the language family tree, there is some version of “It’s Greek to me.” These idioms all seek to describe one person’s failure to understand what the other is trying to say, but in a particular, dismissive way. It’s not just, “Sorry, I can’t understand you.” It’s saying, “The way you’re speaking right now is incomprehensible.” And it specifically compares that incomprehensibility to a particular language, a language agreed upon in that culture to be particularly impenetrable.

Sometimes that original cultural peg has been lost. In English, the phrase doesn’t really indicate anything about the way modern English-speakers feel about the Greek language or Greece in general. It’s just an old, tired idiom. In fact, polls show that native English speakers don’t even think about Greek when asked to name the hardest language to learn. So where did the phrase come from, and why is its sentiment so universal?

As with far too many linguistic questions like this, there is no definitive answer. One theory ties it to medieval monks. In Western Europe at this time, the predominant written language was Latin, but much of the writing that survived from antiquity was in Greek. The theory holds that these monks, in transcribing and copying their texts, were not necessarily able to read Greek, and would write a phrase next to any Greek text they found: “Graecum est; non legitur.” Translated: “It is Greek; it cannot be read.” 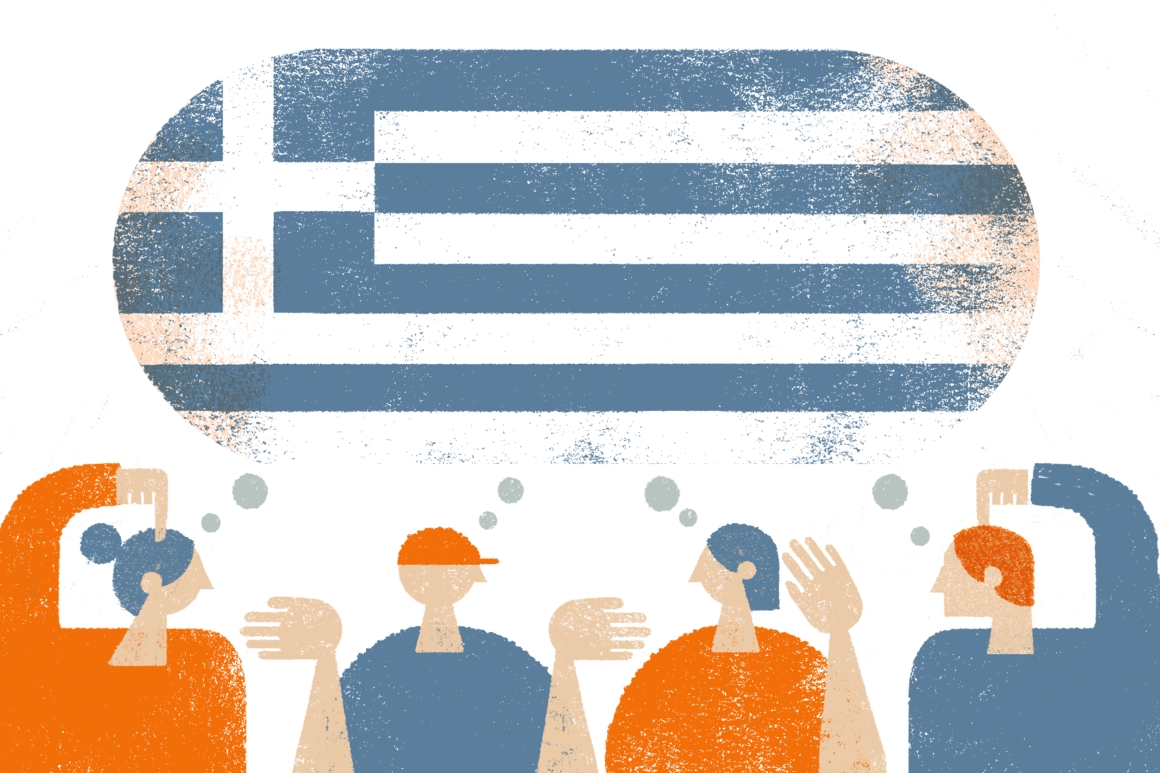 It’s all Greek to a lot of people.

This phrase seems to have been embedded in parts of Western Europe, and examples appear in plays starting in the 16th century. William Shakespeare, in his 1599 Julius Caesar, used it, and he is widely credited with bringing a long-latent phrase into the mainstream. Interestingly, Shakespeare’s version is a lot more literal than most of the uses of this idiom. In Julius Caesar, the Roman character Casca describes a speech made by Cicero, a scholar of Greek.* Casca, one of the conspirators who assassinates Caesar, does not speak Greek. So he says, “Those that understood him smiled at one another and shook their heads; but, for mine own part, it was Greek to me.”

Though Greece is nominally part of Europe, its deep ties with the Middle East, North Africa, and the Slavic countries have meant that Greek culture sometimes doesn’t seem fully of a part with Western Europe. The alphabet used there today, called the Euclidean alphabet, was ironed out just after the Peloponnesian War, in around 400 B.C. But there were several versions of the Greek alphabet and language before then, and one of those, it’s generally believed, was used by a Greek colony in southern Italy. That one was adopted by people who inhabited early Rome, and steadily evolved on its own into Latin. By Shakespeare’s time, the Greek alphabet looked like a weird fifth cousin to the Latin alphabet. That continues today. Some letters look similar and have similar sounds, such as “A.” “B,” on the other hand, is the second letter both alphabets, but in modern Greek sounds like the English letter “V.” Then there are “Φ” and “Λ,” which don’t particularly resemble any letter used to convey Latin or English. (These are all upper case; the lower-case ones look even more different.)

Why do the Baltic countries seem to think Spanish is so impenetrable?

English is not the only language to rely on Greek as a shorthand for gobbledygook. Spanish, Portuguese, Swedish, Norwegian, Dutch, and Afrikaans do as well. You’ll notice those are all European languages except for Afrikaans, and Afrikaans is Germanic in origin.

Harry Foundalis, a cognitive scientist who studies Greek linguistics, says many Greek people know that in English and other languages, Greek serves as an indecipherable tongue, and many Greek people, especially young ones, speak English anyway, so they’ve encountered it before. “How do we feel about it? We find it funny,” says Foundalis. “Those of us who know it make jokes with it. For example, I’ve noticed that every time I talk to an English-speaking audience and I use the phrase ‘That’s all Greek to me,’ and the audience knows I’m Greek, I get a thunderous laughter as a response. So, the phrase works well for me.”

There are, however, an awful lot of other languages that have some version of this phrase that doesn’t use Greek. Some of these are weird in their own right. What’s up with the Baltic countries, which think Spanish is so impenetrable? Why do the Danish use Volapük, a short-lived Esperanto-type constructed language created by a German in 1880? When a Bulgarian says “Все едно ми говориш на патагонски,” which uses “Patagonian” instead of Greek, what the hell are they talking about? Do they mean some extinct indigenous Chonan language, or Spanish, which is the dominant language there, or Patagonian Welsh, which also apparently exists?

And what, you might ask, do the Greeks say?

Chinese happens to be the most common replacement for Greek in the idiom around the world—and the language that tops polls as the most difficult natural language to learn.

“Chinese is considered a level-four foreign language—the most difficult—for native English learners in the field of second-language acquisition,” says Janet Xing, a professor of Chinese and linguistics at Western Washington University. Different organizations have different rankings for the difficulty of learning languages; the Foreign Service Institute (FSI), the U.S. government’s department for training foreign diplomats, has five levels, based on roughly how long it will take a native English speaker to learn a given language.

The Romance languages are rated level one, the easiest, along with Dutch and Afrikaans, both Germanic, like English. (Strangely, German itself is a level two.) Level one languages take, according to the FSI, 23 to 24 weeks of study before a student attains general proficiency.

China has hundreds of languages, but both of its two most widely spoken languages—Mandarin and Cantonese—are rated level five (specifically on the FSI scale, which differs from the one Xing describes). To attain general proficiency, the FSI says it’ll take 88 weeks of study. The only language considered more difficult is Japanese.

Most of the variations on “It’s Greek to me” use “Chinese,” though they don’t specify which Chinese language. In the Philippines, in Poland, in France, in Albania, and in many, many other places, people say some variation on, “That’s Chinese to me.” 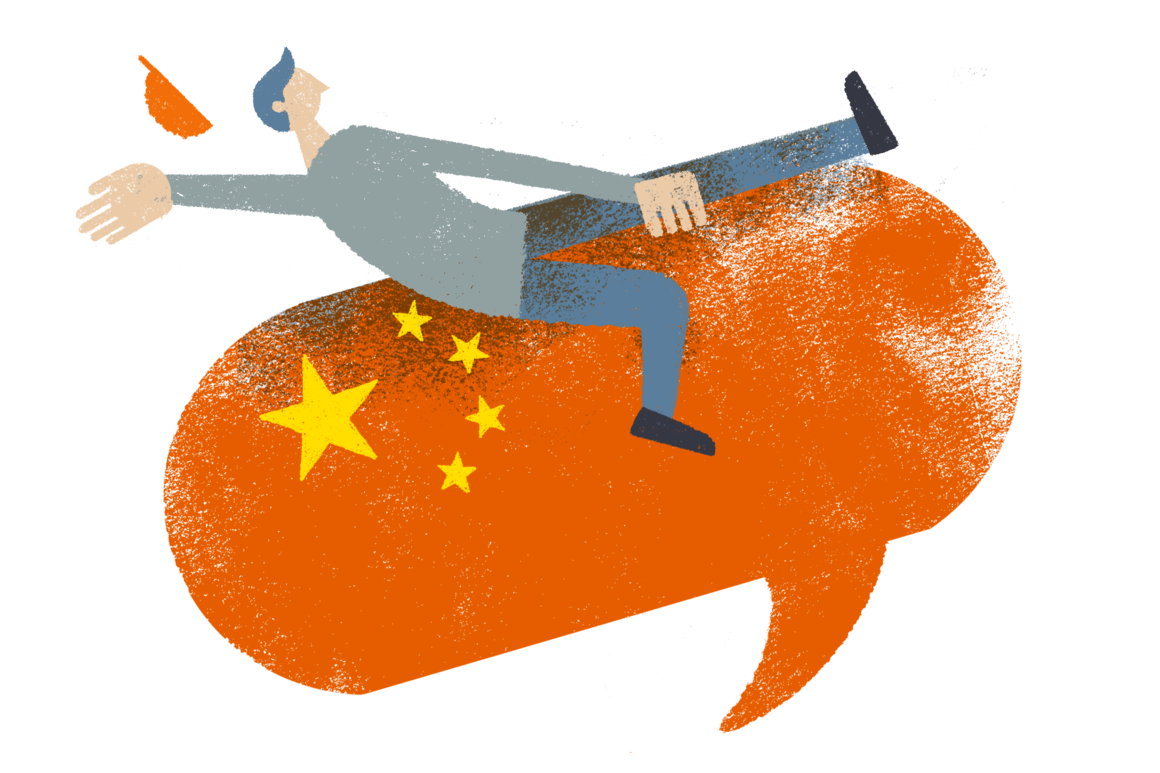 Learning Chinese can be a rough ride for speakers of other language families.

There are many reasons why Chinese has this reputation, some of which are based on cultural conceptions, and some of which are based on the structural differences between Chinese and Western languages. For the former, China is the most dominant Asian culture in the minds of most Westerners, and that tends to make it an emblem of foreignness. In a way that is either ignorant (a generous view) or racist (a harsh one), China is too incomprehensible to be understood in any capacity.

On the linguistic side, Chinese is legitimately very, very different from Romance, Germanic, and Slavic languages. The FSI doesn’t declare Mandarin wildly difficult because its language experts are racist; they rank it a level five language because they have taught thousands of English-speaking diplomats to speak Mandarin, and it is very, very difficult.

David Moser, a linguist currently at Yenching Academy of Peking University, wrote a book about the development of standard Chinese. He’s lived in China for years, teaches at a university there. And he also wrote a truly excellent article about why Chinese is, in his words, “so damn hard.”

For one thing, he explains, Mandarin is a tonal language, meaning that changes in pitch can totally change the meanings of words. “How is it possible that shùxué means ‘mathematics’ while shūxuě means ‘blood transfusion,’ or that guòjiǎng means ‘you flatter me’ while guǒjiàng means ’fruit paste’?” he writes. Tonal languages are not really that uncommon, especially in Asia and Africa, and among North America’s indigenous languages. But European languages and those based on them, very rarely have any tonal qualities. (Some, like Swedish and Serbo-Croatian, are considered “pitch-accent” languages, which is an ill-defined term basically meaning “a few very small tonal elements of some sort.”)

The idea that the tone of your voice can totally alter the meaning of a word is a wrinkle for English speakers trying to learn Mandarin (four tones) or Cantonese (between six and nine tones, depending on how you count). Add to that the writing system in Mandarin, which Moser characterizes as truly nuts, at least to Western eyes. Mandarin as it’s typically written does not use an alphabet, but rather logograms: symbols, sometimes very detailed and elaborate, that represent a word or even a whole phrase. Western-style alphabets—in which symbols correspond, more or less, to sounds—exist, but they’re aftermarket solutions. Pinyin, one of the most used Mandarin alphabets, has only been around since 1958.

To attain general proficiency in Mandarin or Cantonese, it takes 88 weeks of study, experts say.

To learn Mandarin you have to learn thousands of individual characters, and those characters, writes Moser, are only barely phonetic. In English, if you generally understand the alphabet, you can get often get pretty close to being able to spell a word you’ve only heard before. In Spanish, which is a completely phonetic language, it’s even easier. Mandarin? Good luck. Some elements of an individual symbol may show up in the symbol of a similar-sounding word—say, “president” and “present”—but that’s about as helpful as it gets. And Chinese logograms could have a dozen or more such elements in each one.

“I have seen highly literate Chinese people forget how to write certain characters in common words like ‘tin can,’ ‘knee,’ ‘screwdriver,’ ‘snap’ (as in ‘to snap one’s fingers’), ‘elbow,’ ‘ginger,’ ‘cushion,’ ‘firecracker,’ and so on. And when I say ‘forget,’ I mean that they often cannot even put the first stroke down on the paper,” he writes. This doesn’t happen in languages that rely on alphabets, no matter how bad your spelling might be.

In Chinese, for what it’s worth, there are a couple of different sayings in the “It’s Greek to me” family. A Mandarin speaker might describe incomprehensible speech as Martian, or being like the sound of birds. The way you can tell you’ve reached the peak of language difficulty is when you don’t even bother with a human language in your version of the phrase.