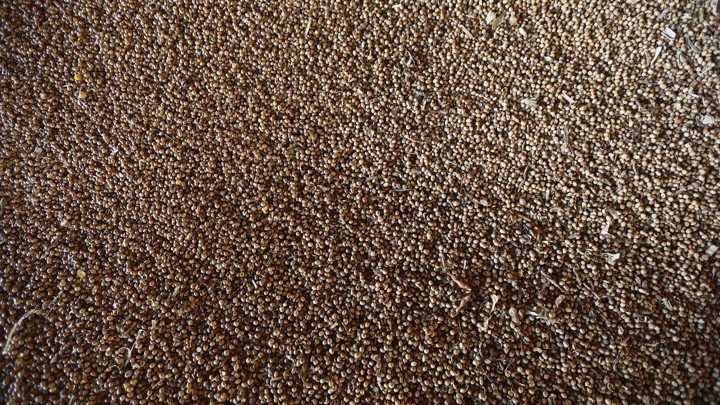 Soybeans in a silo at a cattle feed in the Amazon rainforest in Brazil. Photo by Mario Tama / Getty.

Ecoanxiety is an emerging condition. Named in 2011, the American Psychological Association recently described it as the dread and helplessness that come with “watching the slow and seemingly irrevocable impacts of climate change unfold, and worrying about the future for oneself, children, and later generations.”

It’s not a formal diagnosis. Anxiety is traditionally defined by an outsized stress response to a given stimulus. In this case, the stimulus is real, as are the deleterious effects of stress on the body.

This sort of disposition toward ecological-based distress does not pair well with a president who has denied the reality of the basis for this anxiety. Donald Trump has called climate change a fabrication on the part of “the Chinese in order to make U.S. manufacturing non-competitive.” He has also led the United States to become the only G20 country that will not honor the Paris Climate Accord, and who has appointed fossil-fuel advocates to lead the Department of Energy and Environmental Protection Agency.

For people who experience climate-related anxiety, this all serves as a sort of exacerbation by presidential gaslight. The remedy for a condition like this is knowing what can be done to mitigate environmental degradation, from within in a country singularly committed to it.

Helen Harwatt is a researcher trained in environmental nutrition, a field focused on developing food systems that balance human health and sustainability. She’s interested in policy, but realistic about how much progress can be expected under the aforementioned leadership. So she and colleagues have done research on maximizing the impacts of individuals. As with so many things in life and health, that tends to come down to food.

Recently Harwatt and a team of scientists from Oregon State University, Bard College, and Loma Linda University calculated just what would happen if every American made one dietary change: substituting beans for beef. They found that if everyone were willing and able to do that—hypothetically—the U.S. could still come close to meeting its 2020 greenhouse-gas emission goals, pledged by President Barack Obama in 2009.

That is, even if nothing about our energy infrastructure or transportation system changed—and even if people kept eating chicken and pork and eggs and cheese—this one dietary change could achieve somewhere between 46 and 74 percent of the reductions needed to meet the target.

“I think there’s genuinely a lack of awareness about how much impact this sort of change can have,” Harwatt told me. There have been analyses in the past about the environmental impacts of veganism and vegetarianism, but this study is novel for the idea that a person’s dedication to the cause doesn’t have to be complete in order to matter. A relatively small, single-food substitution could be the most powerful change a person makes in terms of their lifetime environmental impact—more so than downsizing one’s car, or being vigilant about turning off light bulbs, and certainly more than quitting showering.

To understand why the climate impact of beef alone is so large, note that the image at the top of this story is a sea of soybeans in a silo in the Brazilian Amazon rainforest. The beans belong to a feed lot that holds 38,000 cattle, the growth and fattening of which means dispensing 900 metric tons of feed every day. Which is to say that these beans will be eaten by cows, and the cows will convert the beans to meat, and the humans will eat the meat. In the process, the cows will emit much greenhouse gas, and they will consume far more calories in beans than they will yield in meat, meaning far more clearcutting of forests to farm cattle feed than would be necessary if the beans above were simply eaten by people.

This inefficient process happens on a massive scale. Brazil, the world’s largest exporter of red meat, holds around 212 million cattle. (In June, the U.S. temporarily suspended imports of beef from Brazil due to abscesses, collections of pus, in the meat.) According to the United Nations, 33 percent of arable land on Earth is used to grow feed for livestock. Even more, 26 percent of the ice-free terrestrial surface of Earth is used for grazing livestock. In all, almost a third of the land on Earth is used to produce meat and animal products.

This means much less deforestation and land degradation if so many plant crops weren’t run through the digestive tracts of cattle. If Americans traded their beef for beans, the researchers found, that would free up 42 percent of U.S. crop land.

“The real beauty of this kind of thing is that climate impact doesn’t have to be policy-driven,” said Harwatt. “It can just be a positive, empowering thing for consumers to see that they can make a significant impact by doing something as simple as eating beans instead of beef.”

She and her colleagues conclude in the journal Climatic Change: “While not currently recognized as a climate policy option, the ‘beans for beef’ scenario offers significant climate change mitigation and other environmental benefits, illustrating the high potential of animal to plant food shifts.”

The beans for beef scenario is, it seems, upon us.

“I think it’s such an easy-to-grasp concept that it could be less challenging than a whole dietary shift,” said Harwatt. The words vegetarian and vegan have stifled some people’s thinking on what it means to eat well—to consume responsibly, conscientiously. Rather the beans for beef scenario is the dietary equivalent of effective altruism—focusing on where efforts will have the highest yield. “It’s kind of a worst-first approach, looking at the hottest spot in the food system in terms of greenhouse-gas emissions, and what could that be substituted with without losing protein and calories in the food system? And at the same time, gaining health benefits.”

In addition to the well-documented health benefits of a plant-based diet, this case also brings empowerment, or at least reprieve. Regardless of a person’s degree of ecoanxiety, there is some recourse in knowing how far individuals can go to make up for a regressive federal administration simply by eating beans.