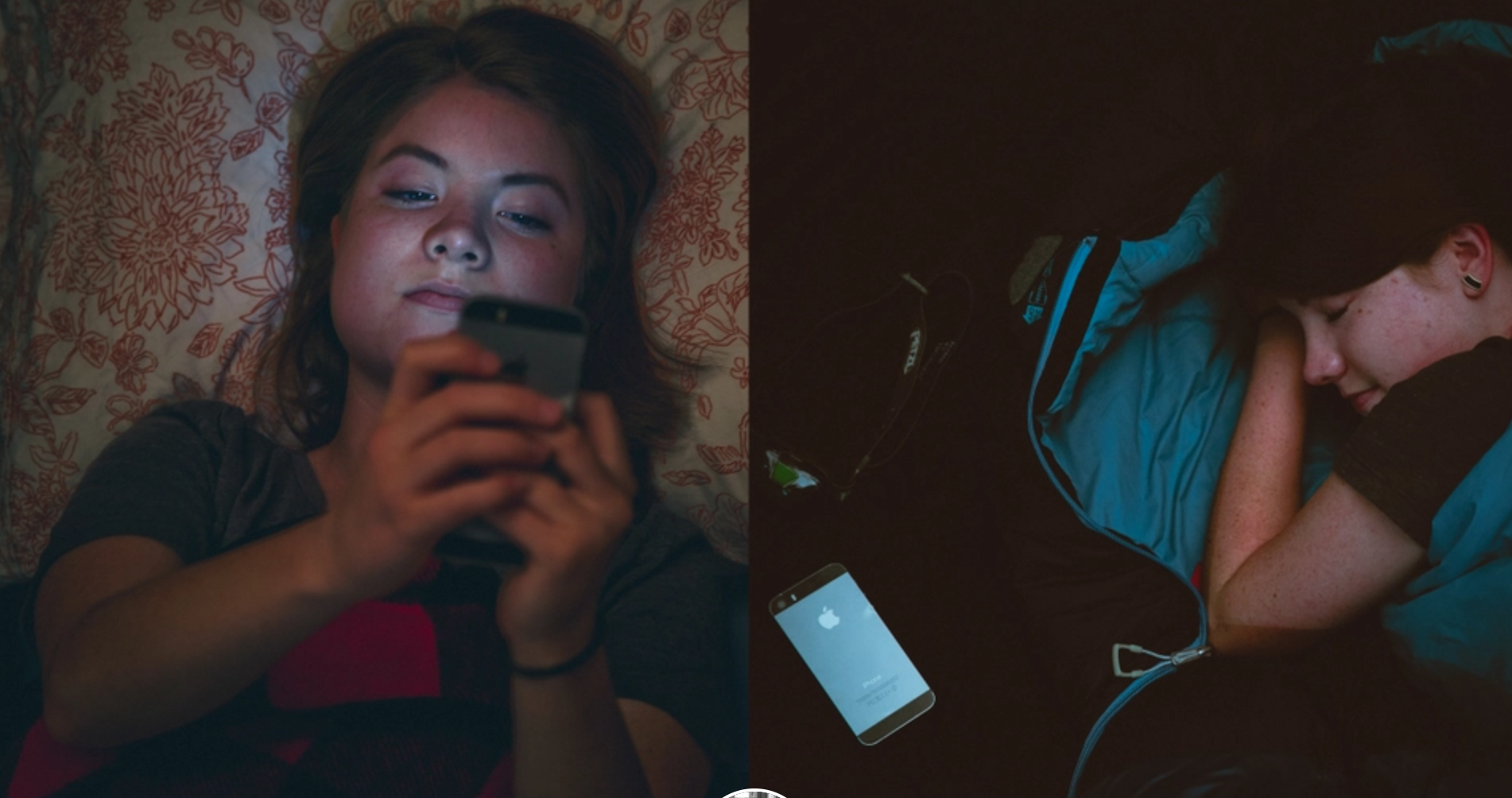 I live in explicit defiance of the rules of good sleep hygiene. Rule one: Don’t expose yourself to the blue light that’s emitted from phones and computers before bed. (When else am I going to catch up on the day’s hot takes?) Rule two: Sleep in a darkened bedroom. (I had’t considered this when buying my gauzy curtains, which are sufficient to keep my neighbors from peeping but definitely not to block out their overactive security floodlights.) Rule three: No afternoon coffee. (Ha!)

Since middle school over a decade ago, my terrible sleeping habits have manifested in various literal failures to launch: waking up for an early-morning run is a laughable concept. I hit the snooze button, on average, four times every morning. My record is eleven. Lately, my energy's been peaking later and later—I do my best thinking and running starting around 4:30 p.m. In my one attempt to have a consistent sleep schedule after college, I tried to be in bed by 10 p.m. But I often ended up just staring at my ceiling for hours, wondering who the hell is able to fall asleep in 10 to 20 minutes, which is evidently the average.

Maybe that’s why the headline stood out to me: “Want to fix your sleep schedule? Go camping this weekend,” which appeared in Popular Science in February 2017. A Current Biology study, which the article cites, focuses on that most mysterious indicator of sleep habits: the circadian rhythm. Put simply, your body should want to be asleep when it’s dark and awake when it’s light. Apparently, this well-tuned internal clock is as easy to achieve as it is lacking in most adults with a job and a smartphone. Just two days spent entirely outdoors can move a person’s internal clock 2.5 hours closer to being in sync with our natural sleep-wake cycle, the researchers found, following an earlier study showing that a week spent outdoors adjusted some subjects’ clocks by a whopping four hours. This is because constant exposure to natural light (and, crucially, darkness) seems to encourage the release of melatonin, the hormone that regulates circadian rhythm. “When your melatonin begins to rise, that tells us the start of the internal biological night is beginning,” says Kenneth Wright, professor at the University of Colorado’s Department of Integrative Physiology and a lead researcher on the study.

Maybe all this was a sign: I could hit reset on my deeply broken internal clock and indulge in some good old-fashioned stunt journalism. Surely, sleeping outside for seven days straight, even if I still had to go to work and couldn't spend all my waking hours in nature, would get my melatonin spiking at the right times. And if it didn’t, so what—winter had just ended and I really missed camping. My only rule was that I had to sleep in nature every single day. I could shower and answer e-mail and even have 2 p.m. coffee in civilization, but I couldn’t sleep in my own bed even if I was cold, miserable, or fearful of serial killers who hike.

My experiment started in early April, and a friend joined me for my inaugural night out at a car-camping site about 20 minutes from my Santa Fe home, staking out a spot for my just-big-enough-for-two tent. We sat at the campfire for a few hours, then it died, we got cold, and we made for our sleeping bags. Must be something like 11 p.m., I thought, but it was only 9:15. We laughed about it—then fell asleep about 15 minutes later. I awoke only when my alarm rang and hit the snooze button just twice.

Both of these victories were possibly a result of being lulled to sleep by, and waking up to, disorienting new surroundings. I kept my hopes low for the second night, when I’d be a little more used to the pattern and I’d be camping alone. I thought I might lie awake thinking about The Blair Witch Project. Nope. This time I was out in five minutes, barely surfaced from my deep sleep when I heard (I hope) deer circling my tent in the middle of the night, and hit my snooze button just once the next morning. After the third restful night, I abandoned my sleep anxieties and started evangelizing: “My sleep has been amazing,” I told anyone unfortunate enough to ask how the experiment was going. “I think my circadian rhythm is already changing. You can just feel it, you know?”

Having drank the melatonin-spiked Kool-Aid, I unzipped my sleeping bag on day four feeling like a whole new, clearheaded woman. I could probably go without my morning coffee, I told myself while drinking my morning coffee. But I did drop the urge to have a cup at 2 p.m.—in fact, I genuinely felt chipper all day. I was becoming the type of functional person who I always thought just lied about their caffeine habits. I kept waiting for the other shoe to drop, to start craving a nap, but that was the weirdest part: I never felt sleepy until the moment my head hit the pillow, and shortly after I was out cold. It was like my body knew to be awake until I lay down, and then it said, “Aha! I’m going to sleep now!”

I know that what I experienced isn’t really how circadian rhythms work, but according to Wright, the University of Colorado researcher, it could be related. Cutting exposure to blue light and increasing morning sunlight in any amount can help max out your melatonin closer to nightfall. “When that melatonin rises, it tells the body to get ready for bedtime in a couple hours,” Wright said. “So when it’s time for you to try to go to sleep, you’re probably sleeping more in sync with your clock.”

My experiment was less than scientific, but I do feel like I gleaned some very real benefits simply by letting sunrise and sunset determine my waking hours: the forced bedtime helped me fall asleep sooner, and the 360 degrees of sunlight and the cawing of the ravens every morning were hard to ignore. By the end of the week, I felt consistently tired whenever I chose to go to bed, and consistently more awake when it was time to start the day, and coffee no longer felt like a mandate. (I still drink it—this isn’t magic.)

I learned a lot about sleep hygiene during my week of camping, including that a lot of the specific before-bedtime habits you’ve heard about really do work. But, in addition to changes in natural-light exposure, it was actually those aspects of camping that you’d think would diminish my quality of sleep that probably enhanced it. For instance, temperatures dipped from 70 degrees to the mid-thirties after sundown every night, and the oncoming chill probably signaled to my body that sleep was imminent. Having no cell service meant that I didn't check my phone before going to bed, which meant no blue light messing with my melatonin levels. I also slept in a mummy-style sleeping bag beneath a giant quilt, the weight of which forced me to sleep on my back, so I could breathe, and kept me from moving around. (In fact, research has shown that a weighted blanket can improve sleep for insomniacs.)

How to Making Camping Work for You

For a circadian revamp, Wright sensibly recommends a weekend camping trip, rather than a harebrained workweek of semi-camping. Think of it as a cheat that’ll make it easier for you to develop healthier sleep habits when you return home. “We can use camping to jump-start an earlier sleep schedule, then use good sleep habits to keep us there,” he says. Sleeping in the backyard is OK, too, if you’re not blessed with a state forest up the road, as I am. (I love you, Black Canyon Campground.) Just make sure you’re not too exposed to streetlights or other ambient sources of illumination, and maybe leave your phone inside to cut that temptation entirely.

And even though it’s not scientifically supported, I’ve concluded that camping on a school night should be a casual option, even a sort of monthly treat—like a sports massage or a personal-health day. (I’ve tried neither, but they sound relaxing!)

How to Get the Same Benefits at Home

You can make small changes every day to replicate some of the sleep-cycle benefits of camping. “If you start your day by being more exposed to natural sunlight, that by itself is going to have an impact,” Wright says. He also suggests exercising soon after waking. “That, in addition to turning the lights down in your house and dimming all your electronic devices, could probably help keep your clock timed earlier.”

For indoor nights, I’ve also made some changes to help replicate my outdoor bedroom. I bought a blackout curtain for the window that directly faces my neighbors’ security light. (I moved the gauzy one to the window facing the street, where it will still allow the morning light to shine in.) Every night, I put my phone in airplane mode and read a book instead. I keep my room as cold as I can, although I’m not sleeping in my mummy bag—yet. I try not to worry so much about exactly when I go to sleep and instead eliminate bad sleep hygiene before it catches up to me: goodbye, 11 p.m. e-mail checks; goodbye, afternoon coffee; goodbye, snooze button number four. To paraphrase my favorite dumpster graffiti, which I believe also paraphrases a Beatles song: Everybody has something to hide (about their sleep-hygiene sins) except for me and my tent.