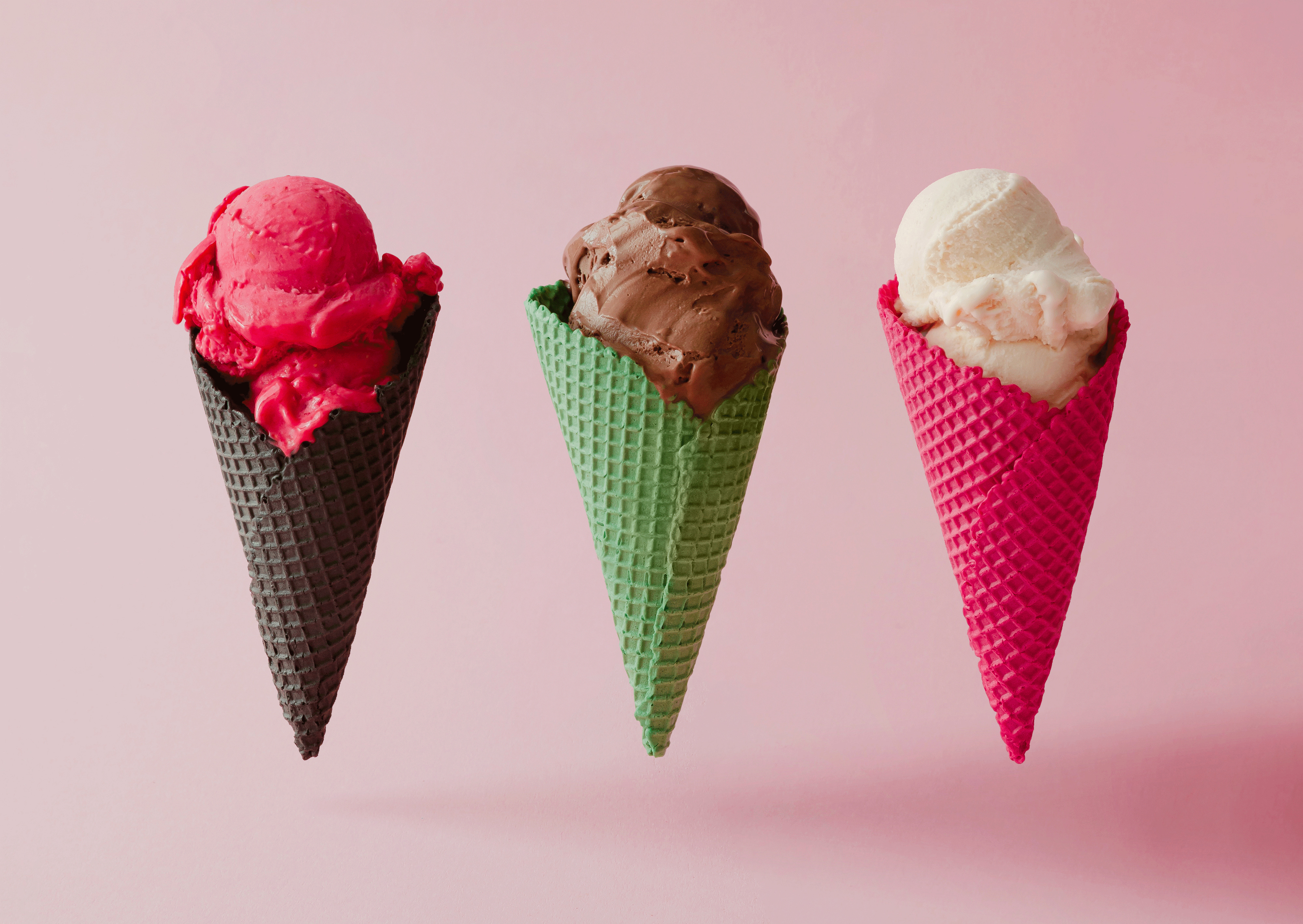 The choice of flavor may be up to you, but the number of scoops will depend on what your companion gets. Photo from Zamurovic Photography / Shutterstock.com.

Imagine you’re dining out at a casual restaurant with some friends. After looking over the menu, you decide to order the steak. But then, after a dinner companion orders a salad for their main course, you declare: “I’ll have the salad too.”

This kind of situation – making choices that you probably otherwise wouldn’t make were you alone – probably happens more often than you think in a wide variety of settings, from eating out to shopping and even donating to charity. And it’s not just a matter of you suddenly realizing the salad sounds more appetizing.

Prior research has shown people have a tendency to mimic the choices and behaviors of others. But other work suggests people also want to do the exact opposite to signal their uniqueness in a group by making a different choice from others.

As scholars who examine consumer behavior, we wanted to resolve this discrepancy: What makes people more likely to copy others’ behavior, and what leads them to do their own thing?

We developed a theory that how and why people match or mimic others’ choices depends a lot on the attributes of the thing being selected.

Nominal attributes, on the other hand, would seem to be understood as a reflection of one’s personal preferences.

So we performed 11 studies to test our theory. 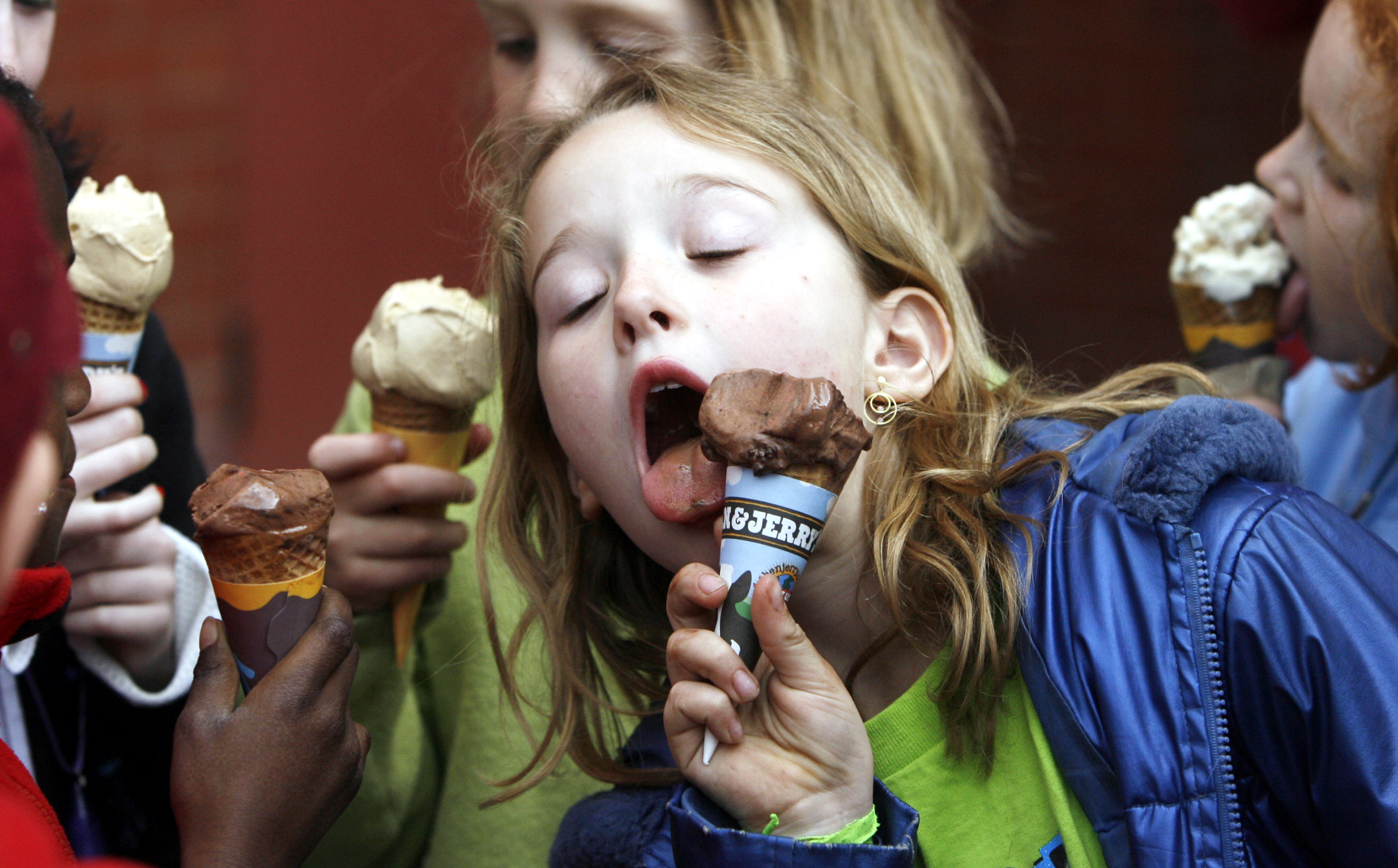 One Scoop or Two

In one study conducted with 190 undergraduate students, we told participants that they were on their way to an ice cream parlor with a friend to get a cone. We then told our would-be ice cream consumers that their companion was getting either one scoop of vanilla, one scoop of chocolate, two scoops of vanilla or two scoops of chocolate. We then asked participants what they wanted to order.

We found that people were much more likely to order the same size as their companion but not the same flavor.

The participants seemed to interpret the number of scoops the companion ordered as an indication of what’s appropriate. For example, ordering two scoops might signal “permission” to indulge or seem the more financially savvy – if less healthy – choice, since it usually costs only marginally more than one. Or a single scoop might suggest “let’s enjoy some ice cream – but not too much.”

The choice of chocolate or vanilla, on the other hand, is readily understood as a personal preference and thus signals nothing about which is better or more appropriate. I like vanilla, you like chocolate – everyone’s happy.

We also asked participants to rate how important avoiding social discomfort was in their decision. Those who ordered the same number of scoops as their companion rated it as more important than those who picked a different amount. 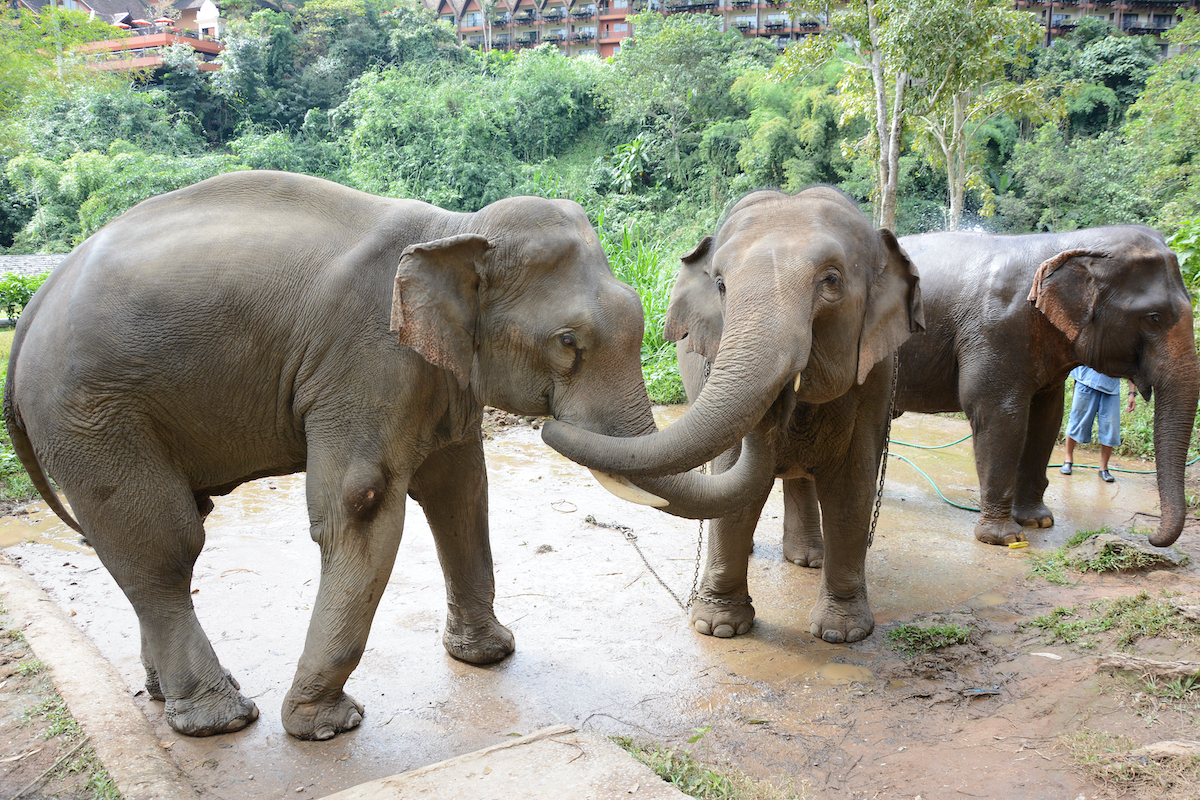 Study participants gave the same amounts to charities as their peers, but they weren’t swayed on whether to give to elephants or polar bears. Photo from LunaseeStudios / Shutterstock.com.

In the other studies, we replicated our results using different products, in various settings and with a variety of ordinal and nominal attributes.

For example, in another experiment, we gave participants US$1 to buy one of four granola bars from a mock store we set up inside the University of Pittsburgh’s Katz/CBA Business Research Center. As the ordinal attribute, we used brand prestige: They could pick either a more expensive well-known national brand or a cheaper one sold by a grocery store under its own label. Our nominal attribute was chocolate or peanut butter.

Before making the choice, a “store employee” stationed behind the checkout register told participants she or he had tested out a granola bar, randomly specifying one of the four – without saying anything about how it tasted. We rotated which granola bar the employee mentioned every hour during the five-day experiment.

Similar to the ice cream study, participants tended to choose the brand that the employee said he or she had chosen – whether it was the cheaper or pricier one – but ignored the suggested flavor.

Moving away from food, we also examined influences on charitable donations. In this study, we recruited online participants who were paid for their time. In addition, we gave each participant 50 cents to either keep or donate to charity.

If they chose to donate the money, they could give all of it or half to a charity focused on saving either elephants or polar bears. Before they made their choice, we told them what another participant had supposedly decided to do with their money – randomly based on one of the four possibilities.

The results were the same as in all our other studies, including ones we conducted involving different brands and shapes of pasta and varieties and taste profiles of wine. People matched the ordinal attribute – in this case the amount – but paid little heed to the nominal attribute – the chosen charity – which remained a personal preference.

These kinds of social cues regarding others’ choices are everywhere, from face-to-face interactions with friends to online tweets or Instagram posts, making it difficult to escape the influence of what others do on our own consumption choices.

And if we believe we’re making our companions feel more comfortable while still choosing something we like, what’s the harm in that?

Kelly L. Haws is Associate Professor of Marketing and Chancellor’s Faculty Fellow in the Owen Graduate School of Management at Vanderbilt University.

Peggy Liu is Assistant Professor of Business Administration at the University of Pittsburgh.