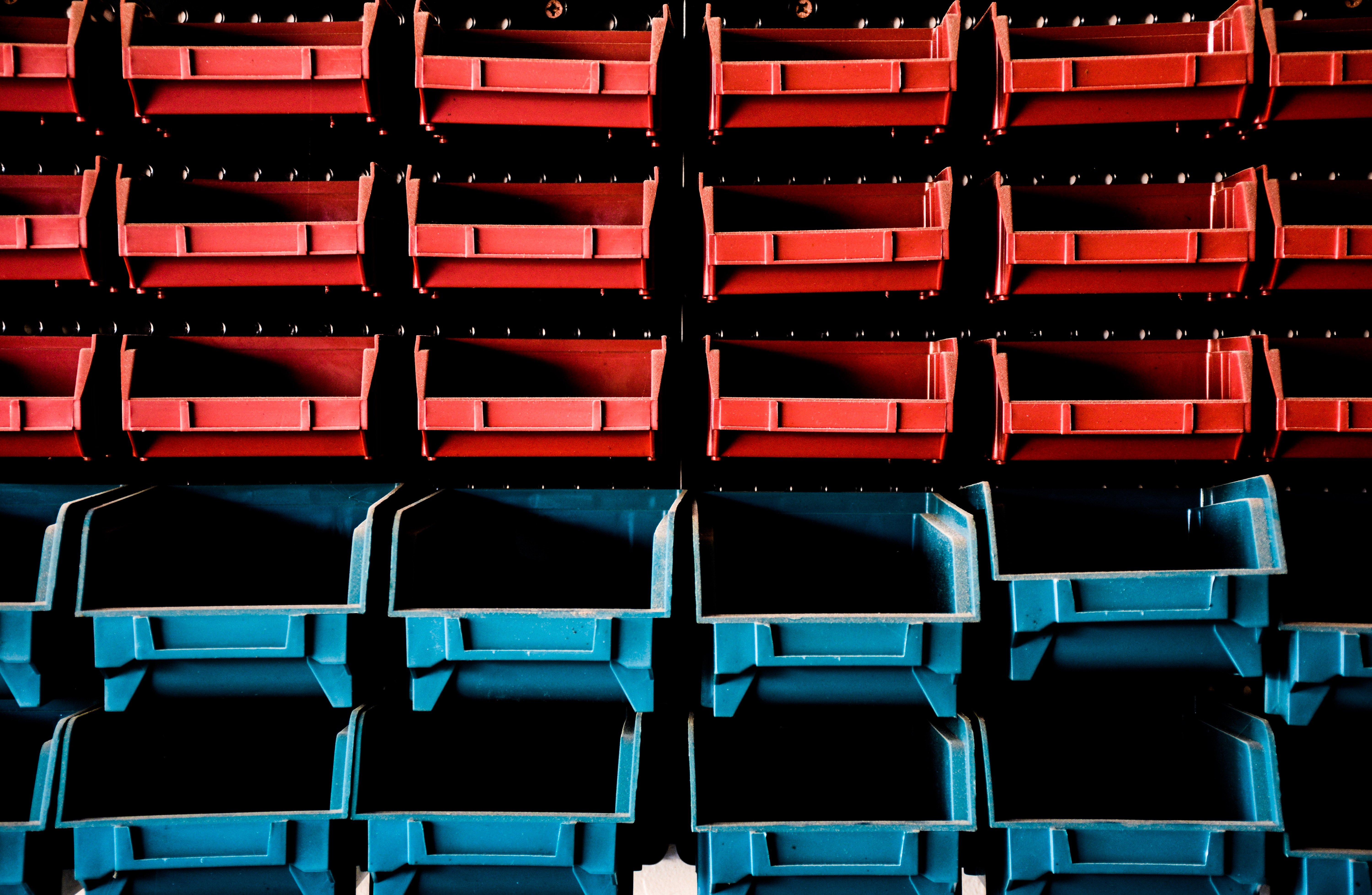 Photo by Luke Palmer on Unsplash

Dwight Eisenhower lived one of the most productive lives you can imagine.

Eisenhower was the 34th President of the United States, serving two terms from 1953 to 1961. During his time in office, he launched programs that directly led to the development of the Interstate Highway System in the United States, the launch of the internet (DARPA), the exploration of space (NASA), and the peaceful use of alternative energy sources (Atomic Energy Act).

Before becoming president, Eisenhower was a five-star general in the United States Army, served as the Supreme Commander of the Allied Forces in Europe during World War II, and was responsible for planning and executing invasions of North Africa, France, and Germany.

At other points along the way, he served as President of Columbia University, became the first Supreme Commander of NATO, and somehow found time to pursue hobbies like golfing and oil painting.

Eisenhower had an incredible ability to sustain his productivity not just for weeks or months, but for decades. And for that reason, it is no surprise that his methods for time management, task management, and productivity have been studied by many people.

His most famous productivity strategy is known as the Eisenhower Box (or Eisenhower Matrix) and it’s a simple decision-making tool that you can use right now. Let's talk about how to be more productive and how Eisenhower's strategy works.

The Eisenhower Box: How to be More Productive

Eisenhower’s strategy for taking action and organizing your tasks is simple. Using the decision matrix below, you will separate your actions based on four possibilities.

The great thing about this matrix is that it can be used for broad productivity plans (“How should I spend my time each week?”) and for smaller, daily plans (“What should I do today?”).

Here is an example of what my Eisenhower Box looks like for today. 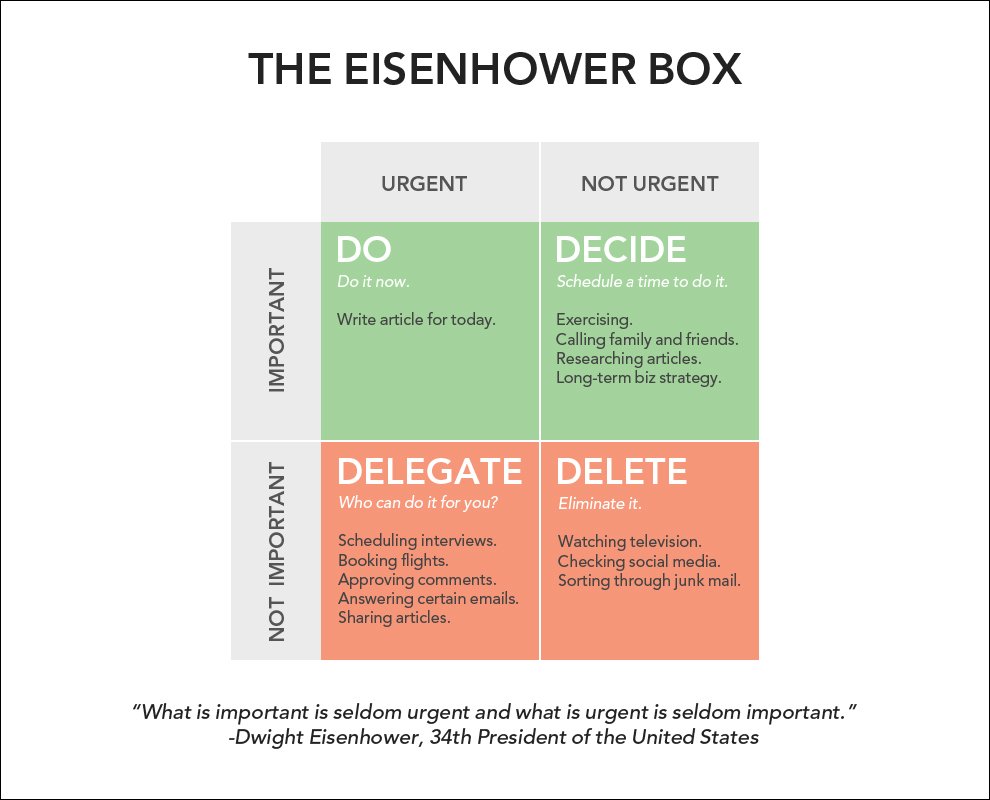 The Difference Between Urgent and Important

Separating these differences is simple enough to do once, but doing so continually can be tough. The reason I like the Eisenhower Matrix is that it provides a clear framework for making the decisions over and over again. And like anything in life, consistency is the hard part.

Here are some other observations I’ve made from using this method.

A few years ago, I was reading about computer programming when I came across an interesting quote:

“There is no code faster than no code.”
–Kevlin Henney

In other words, the fastest way to get something done — whether it is having a computer read a line of code or crossing a task off your to-do list — is to eliminate that task entirely. There is no faster way to do something than not doing it at all. That’s not a reason to be lazy, but rather a suggestion to force yourself to make hard decisions and delete any task that does not lead you toward your mission, your values, and your goals.

Too often, we use productivity, time management, and optimization as an excuse to avoid the really difficult question: “Do I actually need to be doing this?” It is much easier to remain busy and tell yourself that you just need to be a little more efficient or to “work a little later tonight” than to endure the pain of eliminating a task that you are comfortable with doing, but that isn’t the highest and best use of your time. 2

As Tim Ferriss says, “Being busy is a form of laziness — lazy thinking and indiscriminate action.”

I find that the Eisenhower Matrix is particularly useful because it pushes me to question whether an action is really necessary, which means I’m more likely to move tasks to the “Delete” quadrant rather than mindlessly repeating them. And to be honest, if you simply eliminated all of the things you waste time on each day then you probably wouldn't need any tips on how to be more productive at the things that matter.

Does This Help Me Accomplish My Goal?

One final note: it can be hard to eliminate time wasting activities if you aren’t sure what you are working toward. In my experience, there are two questions that can help clarify the entire process behind the Eisenhower Box.

Those two questions are…

These are questions that I have asked myself in my Annual Review and my Integrity Report. Answering these questions has helped me clarify the categories for certain tasks in my life. Deciding which tasks to do and which tasks to delete becomes much easier when you are clear about what is important to you.

The Eisenhower Matrix isn’t a perfect strategy, but I have found it to be a useful decision-making tool for increasing my productivity and eliminating the behaviors that take up mental energy, waste time, and rarely move me toward my goals. I hope you’ll find it useful too. 3