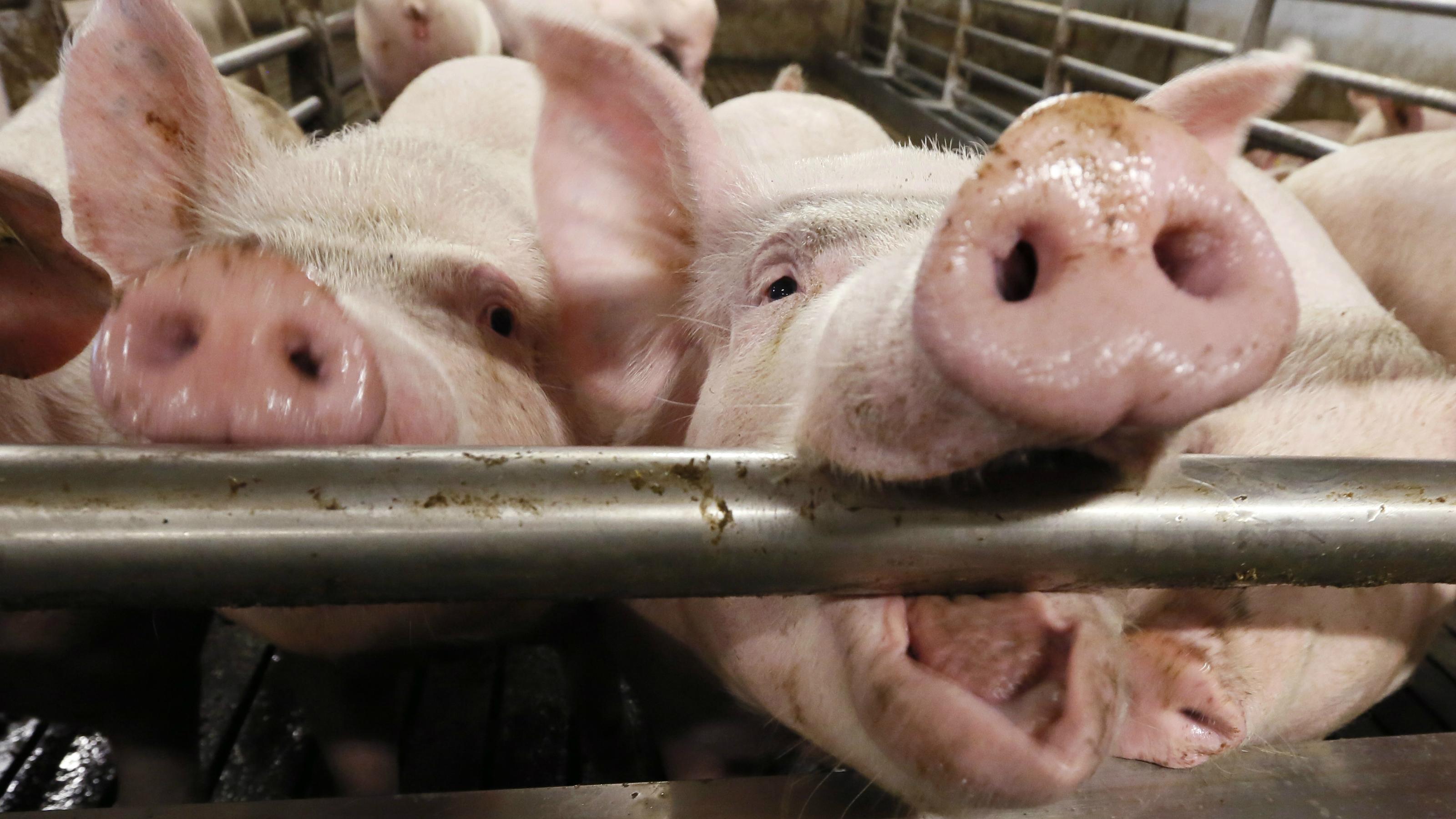 The American vegan movement was always its own worst enemy.

Members of the movement made their first impressions bellowing into bullhorns, desperate to make a difference by willing it with a loud enough voice.

But actual engagement was a weakness as people tended to ignore the passionate subculture with a rigid gospel prohibiting use of any and all animal products. For the most part, the only marks left by their efforts throughout the 1970s, ’80s, and ’90s were those scuffed into their shoes as police officers dragged them off the streets.

And then, with little warning, something changed.

A small clan of seven people—most of them in Washington, DC—considered a different tactic. In doing so, they cleaved the vegan movement in two, sowing bitter resentment but also a bold path forward. A 2001 schism splintered the vegan community into two camps: absolutists who tout veganism as an all-or-nothing moral imperative, and pragmatists who quietly advocate for incremental change. The vegan movement’s brain finally outgrew its heart, and in less than two decades the pragmatic vein of the movement has morphed into one of the biggest disruptors of the American food system.

At the core of the pragmatic effort is the Humane Society of the United States, which has managed to consolidate enough political power to leave its fingerprints on public and corporate policy changes across the federal, state, and local levels.

Its core message today is the same as it was conceived in 2000, when Paul Shapiro, who went on to be the Humane Society’s vice president of farm animal welfare, was working on a presentation with his friend and vegan compatriot, Bruce Friedrich, in DC.

The idea was novel at the time. The pair brainstormed with their friends Miyun Park, Erica Meier, Josh Balk, Matthew Prescott, and Matt Ball. Instead of throwing red paint at the fashion industry, picketing outside McDonald’s, and creating spectacles in the street, the small group devoted their energies to behind-the-scenes farm animal welfare policy, pressuring companies to improve housing conditions for pigs and hens while also drafting legislation and ballot measures to get the issues in front of voters. Their work got the attention of other vegans—including Josh Tetrick, now CEO of Hampton Creek—who would go on to play big roles in finance and in the corporate world.

Fast-forward to 2016 and that small group of pragmatists have built the movement they imagined. Friedrich leads The Good Food Institute, a lobbying shop in DC that represents the interests of meat-alternative food products; Shapiro helped mastermind a cage-free ballot initiative in Massachusetts that will reshape how food animals are produced across the country; Prescott has made inroads into major investment banks; Meier leads undercover investigation efforts to expose the poor living conditions of many farm animals; and Tetrick, who as a college student would travel from West Virginia to DC to hang out with the pragmatists, was a founder of Hampton Creek, the well-known eggless condiments company.

Their success was swift, a fledgling force that in a relative short time coalesced into a legitimate threat to meat industry practices.

“Of all the animal organizations, [the Humane Society] has the money and the political savvy to be problematic for my clients going forward,” said Michael Boccadoro, a poultry industry lobbyist, in a 2011 interview with the Associated Press.

Other industry groups have described the Humane Society as shrewd, savvy, and motivated, with the money to inflict tremendous change.

By picking on farm animal production techniques that appeal to consumer emotions, the group forced companies with so-called factory farms into the difficult position of defending practices that can seem draconian. Should piglets have their tails cut off without anesthesia? Should egg-laying hens and farrowing sows be crammed into cages in which they can barely move?

In no place was that strategy more instructive or consequential than in Massachusetts in November, 2016, where 78 percent of voters on election day supported the Question 3 ballot measure. That measure prohibits (pdf) the in-state sale of eggs, veal, or pork from farms that confined their animals in spaces that prevented them from lying down, standing up, extending their limbs, or turning around. There aren’t many egg farms in Massachusetts, but if egg farmers in Iowa want to sell their goods to the 6.7 million people living in the northeastern state, they’ll have to re-outfit how they house and manage their flocks.

Supporters of the ballot measure raised more than $2.7 million to spend on advertising, yard signs, and a boots-on-the-ground campaign that hit 62,000 doorsteps by Nov. 8. By contrast, opponents raised just over $302,000 and spent two-thirds of it on television ads, financial disclosures show. The agricultural industry failed to step up the challenge, says Ken Klippen, spokesman for the National Association of Egg Farmers.

“I think there are some in the egg industry that have lost the will to fight anything that [the Humane Society] puts forward,” Klippen says. “They don’t want to fight anymore.”

The Humane Society’s success in Massachusetts suggests the same strategy can be replicated in other population-dense states with liberal majorities. In the next few months, Shapiro says, the organization intends to hire an outside polling firm to survey cities across the US in order to pinpoint where a similar measure might find success in the next election cycle.

The group figured out an ingenious way to change the food system, without having to plead or fight directly with meat and egg companies. If major cities vote for their chicken, beef, and pork to be raised without cages, they can effectively issue a mandate to the farms and agricultural companies in middle America to change their husbandry practices.

The adoption of the Massachusetts measure depended on the effective mechanics of the other cogs of the larger movement, though. Voters who empathize with farm animals were much more likely to buy into Shapiro’s measure. That’s where Erica Meier and Compassion Over Killing comes in: By leading undercover investigation of factory farms, Meier’s team gathers the opposition research needed to make a compelling case to the public. And if sales data show consumers care about animal welfare, Matthew Prescott can use—and has used—it to convince investment banks to pressure companies, such as McDonald’s, to change their practices.

Meanwhile, companies such as Perfect Day (cow-free milk), Beyond Meat (plant-based meat), and Hampton Creek (eggless condiments) are developing meat and dairy products marketed as better for the environment and the animals. And to ease those new products into the marketplace, people such as Bruce Friedrich work to shape federal regulations that dictate how those new products can be marketed.

Despite the broad reach and proven efficacy of the vegan pragmatism, not everyone in the larger vegan movement is impressed.

The 2001 split in the vegan movement was painful, leaving behind feelings of resentment that never healed. From the absolutist point-of-view, the pragmatists diminished the importance of fighting for animal lives by concentrating their energies on farm animal welfare. A commitment to reducing animal suffering, argues Gary Francione, a Rutgers University law professor, was an abdication of the bigger mission of freeing animals altogether.

Several members of the original pragmatic bunch still credit Francione for the leadership example he set in the 1980s. It was as though he could walk on water, in their eyes—a lone figure willing to take on all sorts of legal battles, usually pro-bono, to defend the rights of a fledgling and unruly movement. 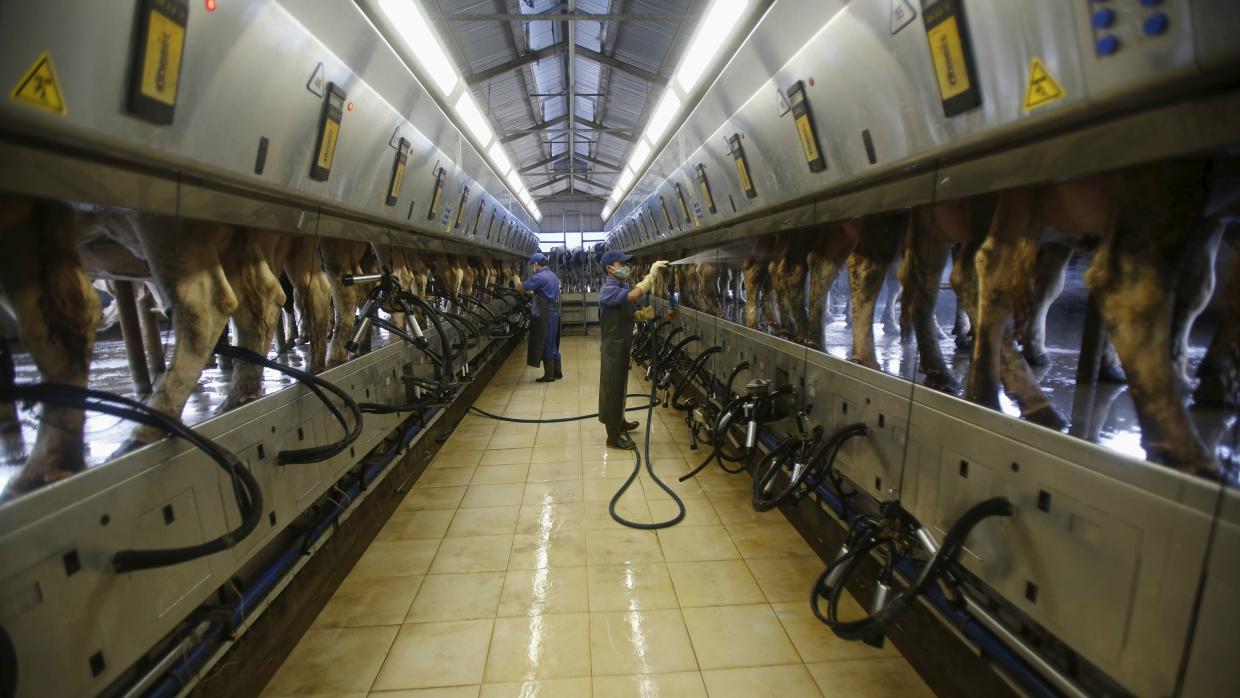 But his spotlight flickered when the pragmatists challenged his absolutist ideology and struck out on their own, they say, causing Francione to lash out at his former protégés. He created a website and drew a clear line in the sand, laying out in no uncertain terms the principles of being a vegan. Woven into those principles was one sentence that took specific aim at the pragmatic bunch: “…abolitionists should not support welfare reform campaigns or single-issue campaigns.”

“These groups are making lots and lots and lots of money,” Francione says today. “I don’t think of them as social justice organizations, I see them as basically businesses. They are never going to really change anything. The revolution is not going to be tax deductible.”

But the absolutist tactics estrange the vegan movement from mainstream culture, the pragmatists argue. Wielding a bullhorn on the street might feel good, but it’s not an effective way to change behavior. More often it comes across as cartoonish; consider how the absolutist wing is portrayed in pop culture. The problem is when you ask people for all or nothing, typically you get nothing, Shapiro says.

It’s not as though the pragmatists have forgotten their roots, either, Miyun Park says. “I locked myself to anything and everything,” she says. “I screamed like you wouldn’t believe. I got arrested so many times. And I miss it so much, because there is nothing better than being convinced that you’re 100% right.”

“But, when I think back to what I used to do, I am horrified because I think about the number of people that I turned away,” she says.

For Park and others, cutting ties and forging ahead was necessary. It was a natural evolution for the movement, a steady, patient walk toward achievable goals that would have lasting impressions.

“I have a lot of people in my life and they won’t talk to me anymore because they think I’m a sellout,” Park says. “I don’t have the luxury of pretending that screaming at people is helping animals. I grew up.”