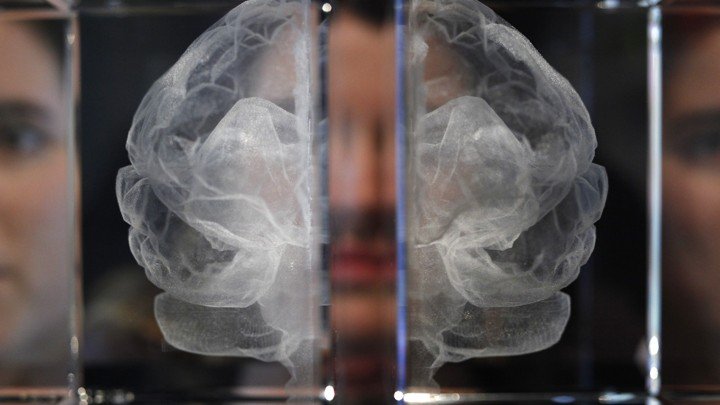 You saw the pictures in science class—a profile view of the human brain, sectioned by function. The piece at the very front, right behind where a forehead would be if the brain were actually in someone’s head, is the pre-frontal cortex. It handles problem-solving, goal-setting, and task execution. And it works with the limbic system, which is connected and sits closer to the center of the brain. The limbic system processes emotions and triggers emotional responses, in part because of its storage of long-term memory.

When a person lives in poverty, a growing body of research suggests the limbic system is constantly sending fear and stress messages to the prefrontal cortex, which overloads its ability to solve problems, set goals, and complete tasks in the most efficient ways.

This happens to everyone at some point, regardless of social class. The overload can be prompted by any number of things, including an overly stressful day at work or a family emergency. People in poverty, however, have the added burden of ever-present stress. They are constantly struggling to make ends meet and often bracing themselves against class bias that adds extra strain or even trauma to their daily lives.

And the science is clear—when brain capacity is used up on these worries and fears, there simply isn’t as much bandwidth for other things.

Economic Mobility Pathways, or EMPath, has built its whole service-delivery model around this science, which it described in its 2014 report, “Using Brain Science to Design New Pathways Out of Poverty.” The Boston nonprofit started out as Crittenton Women’s Union, a merger of two of the city’s oldest women-serving organizations, both of which focused on improving the economic self-sufficiency of families. It continues that work with a new name and a burgeoning focus on intergenerational mobility.

After years of coaching adults and watching those benefits trickle down to children, EMPath has brought children into the center of its model—offering a way out of intergenerational poverty with brain science.

Elisabeth Babcock, the president and CEO of EMPath, said people in poverty tend to get stuck in vicious cycles where stress leads to bad decision-making, compounding other problems and reinforcing the idea that they can’t improve their own lives.

“What we’re trying to do is create virtuous cycles where people take a step and they find out they can accomplish something that they might not have thought they could accomplish, and they feel better about themselves,” Babcock said. Maybe that step helps them earn more money, solves a child-care problem that leads to better child behavior, or simply establishes a sense of control over their own lives. All of these things reduce stress, freeing up more mental bandwidth for further positive steps.

It’s true that exposure to the constant stresses and dangers of poverty actually changes people’s brains. Al Race, the deputy co-director of the Center on the Developing Child at Harvard University, which has an enduring partnership with EMPath, says children who grow up in and remain in poverty are doubly affected. But the sections of the brain in question are also known to be particularly “plastic,” Race said, meaning they can be strengthened and improved well into adulthood.

EMPath’s Intergenerational Mobility Project, known as Intergen, uses three tools—one for adults, one for kids, and one for the family as a whole—to frame how they think about their individual and collective lives.

The child and adult tools use a bridge metaphor to illustrate how various domains are all important for ultimate success—if a single pillar on a bridge is weakened, according to the metaphor, the whole bridge could collapse. “The Bridge to Self-Sufficiency,” for adults, guides parents to consider family stability, well-being, financial management, education and training, and employment and career management. “The Child Bridge to a Brighter Future” similarly guides children in thinking about health and well-being, social-emotional development, self-regulation, preparing for independence, and educational progress.

“The Family Carpool Lane Tool,” meanwhile, helps parents and their children align individual and family goals. Working together, they can avoid traffic and cruise through the fast lane.

Intergen mentors visit participating families and facilitate conversations that prompt both adults and children to make future-oriented and contextualized decisions, ones that take into account other important domains. Their goal is to help the adults in the families become mentors for themselves and their children. Eventually, they hope, they make their own contributions obsolete.

Stephanie Brueck, the senior coordinator of the Intergenerational Mobility Project, recently sat down with a single mom, Ginnelle V., who asked her last name not be used to preserve her family’s privacy, and Ginnelle’s five children, four girls and one boy who range in age from kindergarten through college-aged.

Over the last year, Brueck has helped the family think through both personal and family goal-setting. Ginnelle’s youngest, 5-year-old Cyres, has a medical condition that likely will require an invasive surgery that can be delayed through certain exercises. The family’s doctor gave them an overwhelming list of dozens of exercises, few of which Cyres can do on his own. Still, exercise became Cyres’s personal goal for the Intergen Project.

Brueck created an easier-to-use fitness plan and helped Ginnelle think about working up to the doctor’s original list—starting with five push-ups, for example, and helping Cyres eventually reach the recommended 25. Looking back, Ginnelle thinks it’s strange she couldn’t break down an overwhelming task into more approachable steps on her own.

“I’m an adult, I have a brain,” Ginnelle said. But she describes her roadblocks much like brain science predicts.

“Depending on how busy your mind is or how busy your life is, you tend to see things in black and white—‘I need to get this done,’ versus ‘If I can’t do this completely I can’t get this done,’” she said, pausing before settling on something closer to reality. “Life is gray.”

In families that have participated in the Intergen Project for at least a year, 86 percent of children demonstrate an increase in EMPath’s externally validated measure of executive functioning, and 86 percent of families report an increase in household order and alignment based on another externally validated measure of “chaos” in the home, according to the most recent program data from Brueck.

Babcock calls these outcomes “kind of startling.” They’re unusually good, and EMPath is in the process of piloting the Intergen tools in Jackson, Mississippi, and the Seattle area to see if they’re replicable by other organizations in the communities they serve.

EMPath’s impact, historically, has been striking.

“We have people in our programs that have made it all the way out of poverty to a family-sustaining wage,” Babcock said. “Most organizations that are working with low-income families are trying to get them connected into jobs. Ours is trying to get them to a place where they can sustain themselves and their families.”

At the heart of these outcomes is a reliance on science. EMPath mentors understand the way the brain works, and their interventions are designed to help families effectively rewire their brains. Again, Ginnelle’s own interpretation of the program lines up. When discussing the benefits for her children, she says the family goal-setting does more than simply foster togetherness, which is a benefit in its own right.

“It’s going to empower them to understand that they can make a change,” Ginnelle said. “That things don’t have to be a certain way if they are not happy.”

Poverty creates barriers to developing this sense of control over one’s own life. And EMPath is among the minority of agencies helping families break them down—using an understanding of the human brain to effect lasting change.

Tara García Mathewson is a writer based in Boston. She has written for the Daily Herald and Education Dive.

This story is part of The Atlantic’s Next America: Early Childhood project, which is supported by grants from the Annie E. Casey Foundation and the Heising-Simons Foundation.