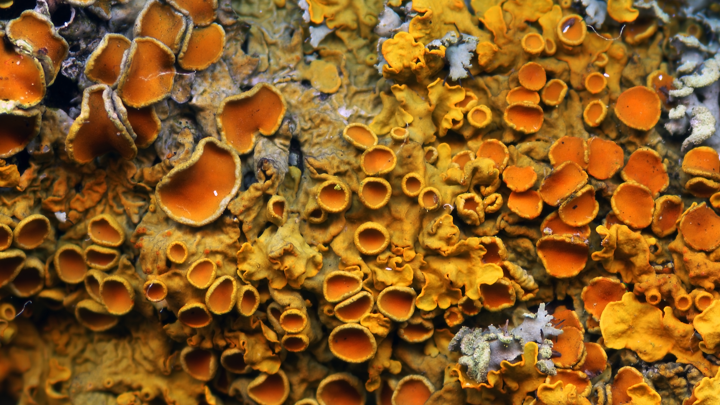 In 1995, if you had told Toby Spribille that he’d eventually overthrow a scientific idea that’s been the stuff of textbooks for 150 years, he would have laughed at you. Back then, his life seemed constrained to a very different path. He was raised in a Montana trailer park, and home-schooled by what he now describes as a “fundamentalist cult.” At a young age, he fell in love with science, but had no way of feeding that love. He longed to break away from his roots and get a proper education.

At 19, he got a job at a local forestry service. Within a few years, he had earned enough to leave home. His meager savings and non-existent grades meant that no American university would take him, so Spribille looked to Europe.

Thanks to his family background, he could speak German, and he had heard that many universities there charged no tuition fees. His missing qualifications were still a problem, but one that the University of Gottingen decided to overlook. “They said that under exceptional circumstances, they could enroll a few people every year without transcripts,” says Spribille. “That was the bottleneck of my life.”

Throughout his undergraduate and postgraduate work, Spribille became an expert on the organisms that had grabbed his attention during his time in the Montana forests—lichens.

You’ve seen lichens before, but unlike Spribille, you may have ignored them. They grow on logs, cling to bark, smother stones. At first glance, they look messy and undeserving of attention. On closer inspection, they are astonishingly beautiful. They can look like flecks of peeling paint, or coralline branches, or dustings of powder, or lettuce-like fronds, or wriggling worms, or cups that a pixie might drink from. They’re also extremely tough. They grow in the most inhospitable parts of the planet, where no plant or animal can survive.

Lichens have an important place in biology. In the 1860s, scientists thought that they were plants. But in 1868, a Swiss botanist named Simon Schwendener revealed that they’re composite organisms, consisting of fungi that live in partnership with microscopic algae. This “dual hypothesis” was met with indignation: it went against the impetus to put living things in clear and discrete buckets. The backlash only collapsed when Schwendener and others, with good microscopes and careful hands, managed to tease the two partners apart.

Schwendener wrongly thought that the fungus had “enslaved” the alga, but others showed that the two cooperate. The alga uses sunlight to make nutrients for the fungus, while the fungus provides minerals, water, and shelter. This kind of mutually beneficial relationship was unheard of, and required a new word. Two Germans, Albert Frank and Anton de Bary, provided the perfect one—symbiosis, from the Greek for ‘together’ and ‘living’.

When we think about the microbes that influence the health of humans and other animals, the algae that provide coral reefs with energy, the mitochondria that power our cells, the gut bacteria that allow cows to digest their food, or the probiotic products that line supermarket shelves—all of that can be traced to the birth of the symbiosis as a concept. And symbiosis, in turn, began with lichens.

In the 150 years since Schwendener, biologists have tried in vain to grow lichens in laboratories. Whenever they artificially united the fungus and the alga, the two partners would never fully recreate their natural structures. It was as if something was missing—and Spribille might have discovered it.

He has shown that largest and most species-rich group of lichens are not alliances between two organisms, as every scientist since Schwendener has claimed. Instead, they’re alliances between three. All this time, a second type of fungus has been hiding in plain view.

“There’s been over 140 years of microscopy,” says Spribille. “The idea that there’s something so fundamental that people have been missing is stunning.”

The path to this discovery began in 2011, when Spribille, now armed with a doctorate, returned to Montana. He joined the lab of symbiosis specialist John McCutcheon, who convinced him to supplement his formidable natural history skills with some know-how in modern genetics.

The duo started studying two local lichens that are common in local forests and hang from branches like unruly wigs. One is yellow because it makes a strong poison called vulpinic acid; the other lacks this toxin and is dark brown. They clearly look different, and had been classified as separate species for almost a century. But recent studies had suggested that they’re actually the same fungus, partnered with the same alga. So why are they different?

To find out, Spribille analyzed which genes the two lichens were activating. He found no differences. Then, he realized that he was searching too narrowly. Lichenologists all thought that the fungi in the partnership belonged to a group called the ascomycetes—so Spribille had only searched for ascomycete genes. Almost on a whim, he broadened his search to the entire fungal kingdom, and found something bizarre. A lot of the genes that were activated in the lichens belonged to a fungus from an entirely different group—the basidiomycetes. “That didn’t look right,” says McCutcheon. “It took a lot of time to figure out.”

At first, the duo figured that a basidiomycete fungus was growing on the lichens. Perhaps it was just a contaminant, a speck of microbial fluff that had landed on the specimens. Or it might have been a pathogen, a fungus that was infecting the lichens and causing disease. It might simply have been a false alarm. (Such things happen: genetic algorithms have misidentified plague bacteria on the New York subway, platypuses in Virginia tomato fields, and seals in Vietnamese forests.)

But when Spribille removed all the basidiomycete genes from his data, everything that related to the presence of vulpinic acid also disappeared. “That was the eureka moment,” he says. “That’s when I leaned back in my chair.” That’s when he began to suspect that the basidiomycete was actually part of the lichens—present in both types, but especially abundant in the yellow toxic one.

And not just in these two types, either. Throughout his career, Spribille had collected some 45,000 samples of lichens. He began screening these, from many different lineages and continents. And in almost all the macrolichens—the world’s most species-rich group—he found the genes of basidiomycete fungi. They were everywhere. Now, he needed to see them with his own eyes.

Down a microscope, a lichen looks like a loaf of ciabatta: it has a stiff, dense crust surrounding a spongy, loose interior. The alga is embedded in the thick crust. The familiar ascomycete fungus is there too, but it branches inwards, creating the spongy interior. And the basidiomycetes? They’re in the outermost part of the crust, surrounding the other two partners. “They’re everywhere in that outer layer,” says Spribille.

Despite their seemingly obvious location, it took around five years to find them. They’re embedded in a matrix of sugars, as if someone had plastered over them. To see them, Spribille bought laundry detergent from Wal-Mart and used it to very carefully strip that matrix away.

And even when the basidiomycetes were exposed, they weren’t easy to identify. They look exactly like a cross-section from one of the ascomycete branches. Unless you know what you’re looking for, there’s no reason why you’d think there are two fungi there, rather than one—which is why no one realised for 150 years. Spribille only worked out what was happening by labeling each of the three partners with different fluorescent molecules, which glowed red, green, and blue respectively. Only then did the trinity become clear.

“The findings overthrow the two-organism paradigm,” says Sarah Watkinson from the University of Oxford. “Textbook definitions of lichens may have to be revised.”

“It makes lichens all the more remarkable,” adds Nick Talbot from the University of Exeter. “We now see that they require two different kinds of fungi and an algal species. If the right combination meet together on a rock or twig, then a lichen will form, and this will result in the large and complex plant-like organisms that we see on trees and rocks very commonly.  The mechanism by which this symbiotic association occurs is completely unknown and remains a real mystery.”

Based on the locations of the two fungi, it’s possible that the basidiomycete influences the growth of the other fungus, inducing it to create the lichen’s stiff crust. Perhaps by using all three partners, lichenologists will finally be able to grow these organisms in the lab.

In the Montana lichens that Spribille studied, the basidiomycete obviously goes hand-in-hand with vulpinic acid. But is it eating the acid, manufacturing it, or unlocking the ability to make it in the other fungus? If it’s the latter, “the implications go beyond lichenology,” says Watkinson. Lichens are alluring targets for ‘bioprospectors’, who scour nature for substances that might be medically useful to us. And new basidiomycetes are part of an entirely new group, separated from their closest known relatives by 200 million years ago. All kinds of beneficial chemicals might lie within their cells.

“But really, we don’t know what they do,” says McCutcheon. “And given their existence, we don’t really know what the ascomycetes do, either.” Everything that’s been attributed to them might actually be due to the other fungus. Many of the fundamentals of lichenology will need to be checked, and perhaps re-written. “Toby took huge risks for many years,” says McCutcheon. “And he changed the field.”

But he didn’t work alone, Watkinson notes. His discovery wouldn’t have been possible without the entire team, who combined their individual expertise in natural history, genomics, microscopy, and more. That’s a theme that resonates throughout the history of symbiosis research—it takes an alliance of researchers to uncover nature’s most intimate partnerships.