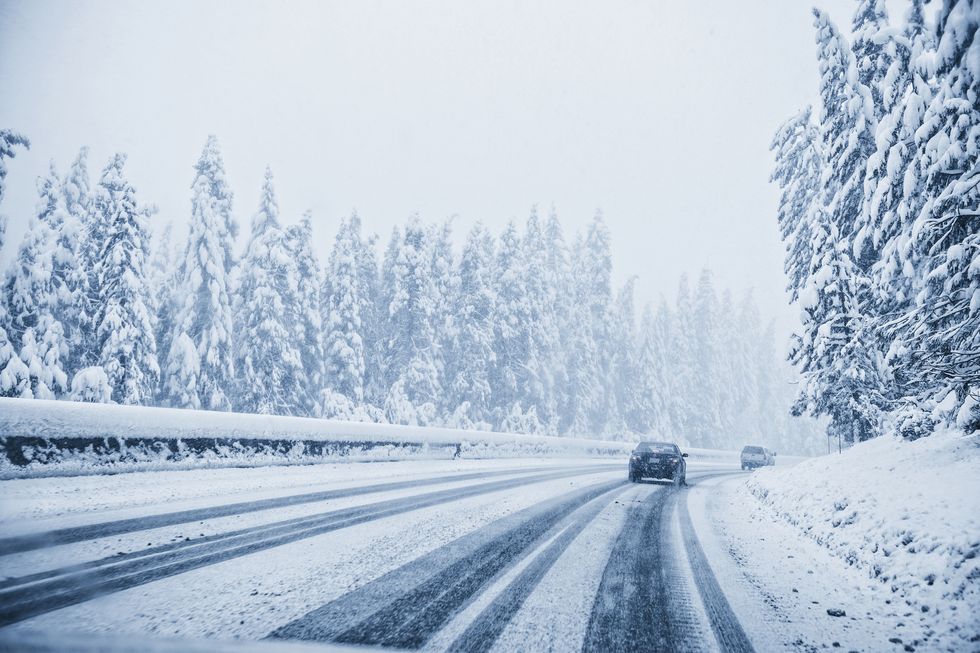 Ready for the one genius tip that will make you a better winter driver? Here it is: Look where you want to go.

Yep—that’s it. It’s so simple, and so effective, that every pro driver does it. But it’s so unintuitive that you have to practice to get it right.

That’s because our very reasonable instinct is to instead focus on where we don’t want to go. When the most urgent threat to your bodily safety and insurance premium is the car ahead of you or a guardrail, you watch that thing. But when you’re at speed, you involuntarily direct yourself towards wherever you’re focused. It’s formally known as target fixation, a term you’ll see in literature for fighter pilots and motorcycle racers.

Rather than watch the bumper of the car you’re following on the highway, or a guardrail between you and steep cliff, look further in time. Fix your eyes on the middle of your lane, at the spot you want to be several seconds later, even if that means ignoring the car in front of you. Your peripheral vision will still catch any unexpected braking or road debris.

It took me a full day at a winter driving school to believe. On a track made of snow and ice, I drove a modern Lexus LX into a turn with too much speed and deliberately lose traction.

Most runs, the rear end would fishtail, sometimes turning me completely around. A few times, usually after the instructor disabled the stability control and ABS, I’d end up sliding almost perpendicular to the direction I was pointing. Even in a controlled environment, it’s terrifying.

The instructor correctly pointed out that I was looking right at the wall of snow I wanted to not hit. “Look where you want to go,” he said, and fixed almost everything I was doing wrong. By focusing through the turn, my hands and feet would somehow help the car find traction, and get me out the other side without losing much speed

It also works on two wheels. The road tests to get your motorcycle license in the United States requires that you make tight, low-speed turns without touching your foot on the ground. In my group, the people who passed this portion of the test did what the instructors said: point your chin in the desired direction, and look a couple seconds into the future. The students who watched their front wheel and tried to avoid the closest cone didn’t pass.

I haven’t found any activity where this doesn’t help — surfing, cycling, skiing. I even used it to beat old lap times in Forza. Try it the next time you’re out on the road.

As Editor in Chief, Alexander George oversees all of Popular Mechanics’ editorial coverage across digital, print, and video.