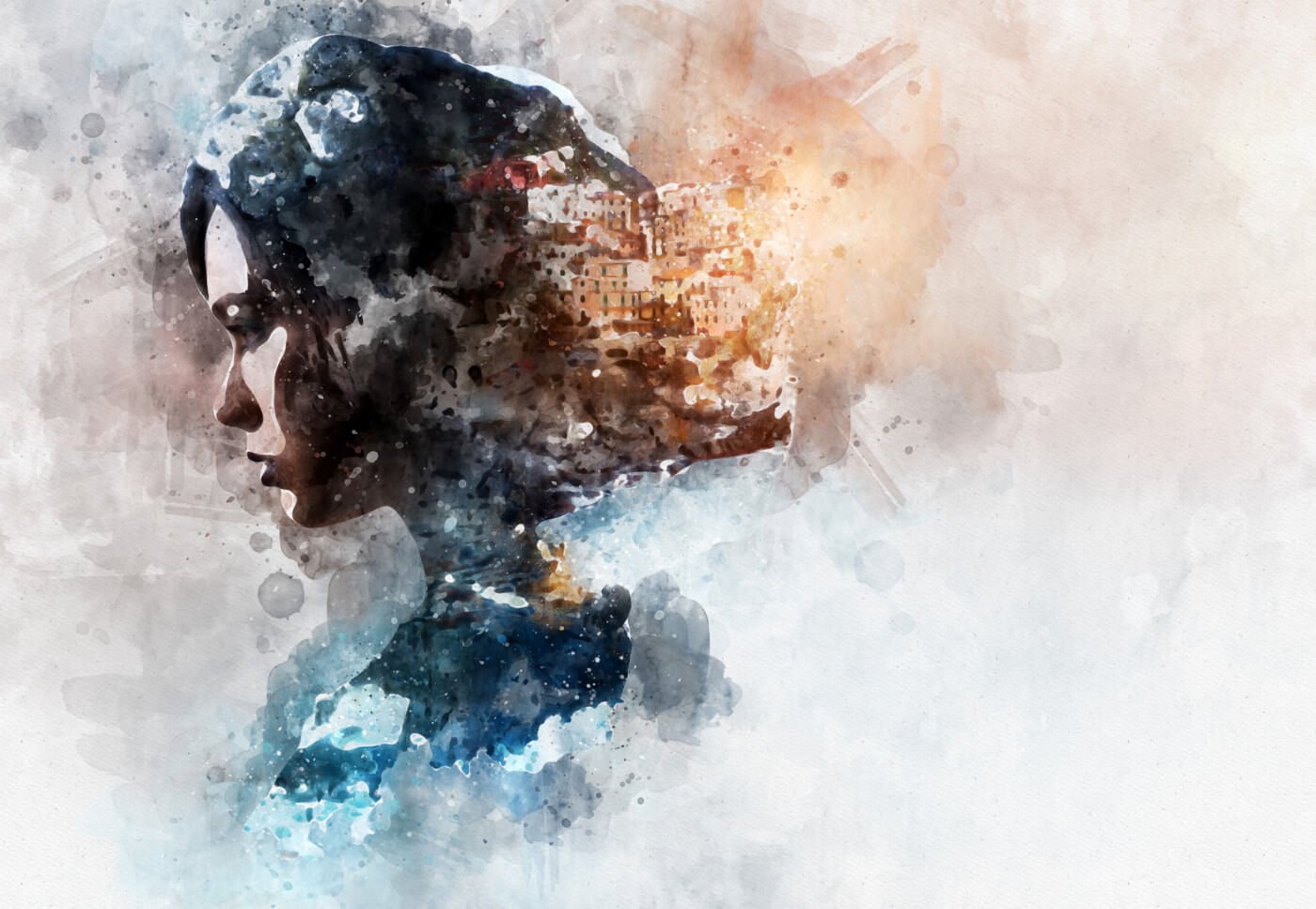 Look, I know you think the fact you feel upset or angry or anxious is important. That it matters. Hell, you probably think that because you feel like your face just got shat on makes you important. But it doesn’t. Feelings are just these… things that happen. The meaning we build around them–what we decide is important or unimportant–comes later.

There are only two reasons to do anything in life: a) because it feels good, or b) because it’s something you believe to be good or right. Sometimes these two reasons align. Something feels good AND is the right thing to do and that’s just fucking fantastic. Let’s throw a party and eat cake.

But more often, these two things don’t align. Something feels shitty but is right/good (getting up at 5AM and going to the gym, hanging out with grandma Joanie for an afternoon and making sure she’s still breathing), or something feels fucking great but is the bad/wrong thing to do (pretty much anything involving penises).

Acting based on our feelings is easy. You feel it. Then you do it. It’s like scratching an itch. There’s a sense of relief and cessation that comes along with it. It’s a quick satisfaction. But then that satisfaction is gone just as quickly as it came.

Acting based on what’s good/right is difficult. For one, knowing what is good/right is not always clear.1 You often have to sit down and think hard about it. Often we have to feel ambivalent about our conclusions or fight through our lower impulses.

But when we do what’s good/right, the positive effects last much longer. We feel pride remembering it years later. We tell our friends and family about it and give ourselves cute little awards and put shit on our office walls and say, “Hey! I did that!” when our co-workers come in and ask why we have a trophy with a goat catching a frisbee on our bookshelf (don’t ask).

The point is: doing what is good/right builds self-esteem and adds meaning to our lives.

So we should just ignore our feelings and just do what is good/right all the time then, right? It’s simple.

Well, like many things in life, it is simple. But that doesn’t necessarily mean it’s easy.

The problem is that the brain doesn’t like to feel conflicted about its decision making. It doesn’t like uncertainty or ambiguity and will do mental acrobatics to avoid any discomfort. And our brain’s favorite way to do this is to always try to convince itself that whatever feels good is the same as what is good/right.

So you know you shouldn’t eat that ice cream. But your brain says, “Hey, you had a hard day, a little bit won’t kill ya.” And you’re like, “Hey, you’re right! Thanks, brain!” What feels good suddenly feels right. And then you shamelessly inhale a pint of Cherry Garcia.

You know you shouldn’t cheat on your exam, but your brain says, “You’re working two jobs to put yourself through college, unlike these spoiled brats in your class. You deserve a little boost from time-to-time,” and so you sneak a peek at your classmate’s answers and voila, what feels good is also what feels right.

You know you should vote, but you tell yourself that the system is corrupt, and besides, your vote won’t matter anyway. And so you stay home and play with your new drone that’s probably illegal to fly in your neighborhood. But fuck it, who cares? This is America and the whole point is to get fat doing whatever you want. That’s like, the sixth amendment, or something.2

If you do this sort of thing long enough–if you convince yourself that what feels good is the same as what is good–then your brain will actually start to mix the two up. Your brain will start thinking the whole point of life is to just feel really awesome, as often as possible.

And once this happens, you’ll start deluding yourself into believing that your feelings actually matter. And once that happens, well…

Now, if this is rubbing you the wrong way right now, just think about it for a second. Everything that’s screwed up in your life, chances are it got that way because you were too beholden to your feelings. You were too impulsive. Or too self-righteous and thought yourself the center of the universe. Feelings have a way of doing that, you know? They make you think you’re the center of the universe. And I hate to be the one to tell you, but you’re not.

A lot of young people hate hearing this because they grew up with parents who worshipped their feelings as children, and protected those feelings, and tried to buy as many candy corns and swimming lessons as necessary to make sure those feelings were nice and fuzzy and protected at all times. 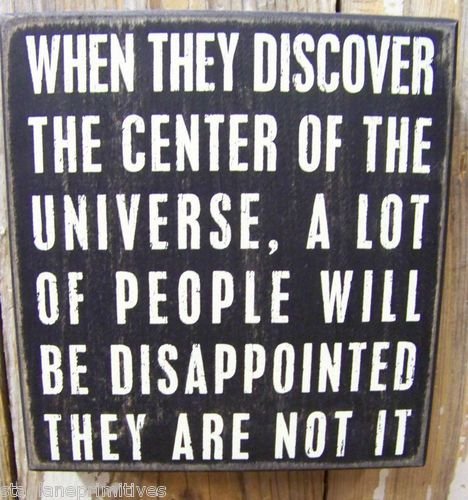 Sadly, these parents probably did this because they were also beholden to their own feelings, because they were unable to tolerate the pain of watching a child struggle, even if just for a moment. They didn’t realize that children need some controlled measure of adversity to develop cognitively and emotionally, that experiencing failure is actually what sets us up for success, and that demanding to feel good all the time is pretty much a first-class ticket to having no friends once you hit adulthood.

This is the problem with organizing your life around feelings: 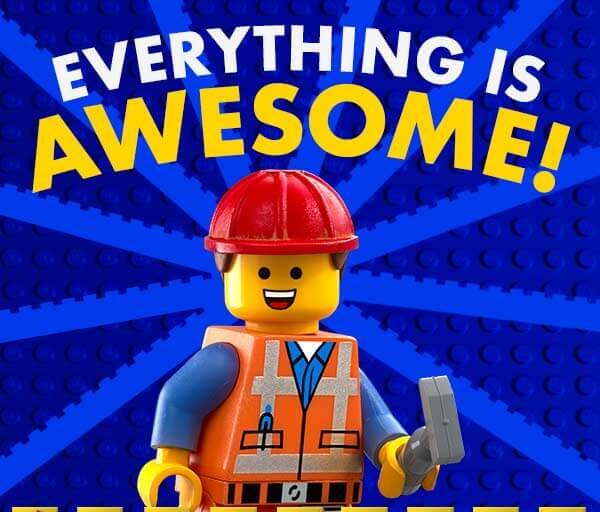 A poor philosophy for life.

Why It’s Hard to Get Over Your Own Feelings

Now, none of what I’m saying is really that surprising or new. In fact, you’ve probably tried to get over some of your own obnoxious feelings and impulses before and failed to do it.

The problem is when you start trying to control your own emotions, the emotions multiply. It’s like trying to exterminate rabbits. The fuckers just keep popping up all over the place. 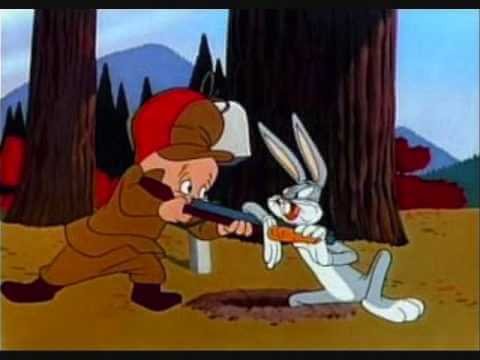 Be vewy, vewy quiet, I’m trying to get rid of my fucking feelings.

Here, let me put those into a pretty little table for you to stare at: 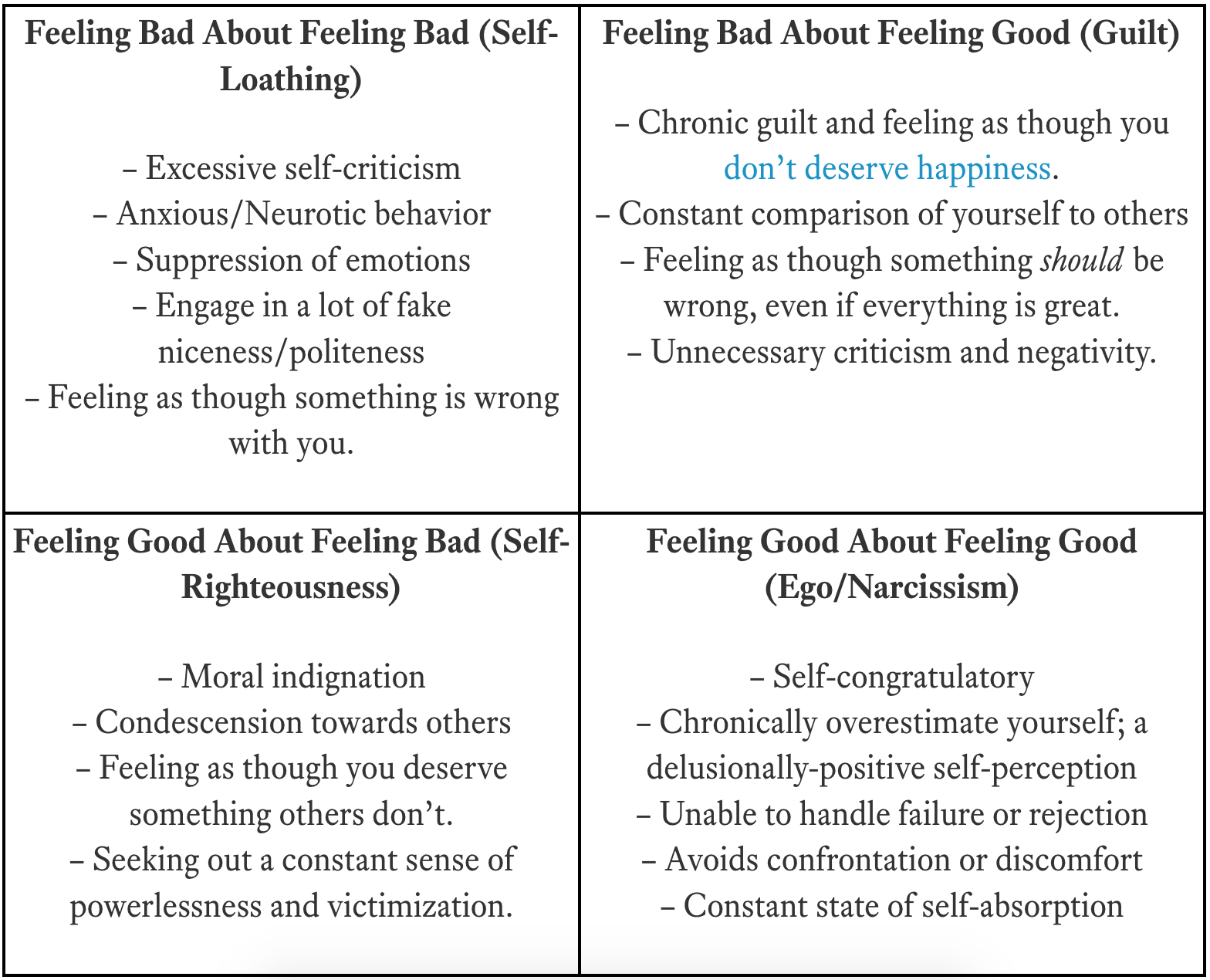 Meta-feelings are part of the stories we tell ourselves about our feelings. They make us feel justified in our jealousy. They applaud us for our pride. They shove our faces in our own pain.

They’re basically the sense of what is justified/not justified. They’re our own acceptance of how we should respond emotionally and how we shouldn’t.

And so instead, these meta-feelings have the tendency to rip us apart inside, even further.

If you always feel good about feeling good, you will become self-absorbed and feel entitled to those around you. If feeling good makes you feel bad about yourself, then you’ll become this walking, talking pile of guilt and shame, feeling as though you deserve nothing, have earned nothing, and have nothing of value to offer to the people or the world around you.

And then there are those who feel bad about feeling bad. These “positive thinkers” will live in fear that any amount of suffering indicates that something must be sorely wrong with them. This is the Feedback Loop from Hell that many of us are thrust into by our culture, our family and the self-help industry at large.

But perhaps the worst meta-feeling is increasingly the most common: feeling good about feeling bad. People who feel good about feeling bad get to enjoy a certain righteous indignation. They feel morally superior in their suffering, that they are somehow martyrs in a cruel world. These self-aggrandizing victimhood trend-followers are the ones who want to shit on someone’s life on the internet, who want to march and throw shit at politicians or businessmen or celebrities who are merely doing their best in a hard, complex world.

Much of the social strife that we’re experiencing today is the result of these meta-feelings. Moralizing mobs on both the political right and left see themselves as victimized and somehow special in every miniscule pain or setback they experience. Greed skyrockets while the rich congratulate themselves on being rich in tandem with the increasing rates of anxiety and depression as the lower and middle classes hate themselves for feeling left behind.

These narratives are spun not only by ourselves but fed by the narratives invented in the media. Right-wing talk show hosts stoke the flames of self-righteousness, creating an addiction to irrational fears that people’s society is crumbling around them. Political memes on the left create the same self-righteousness, but instead of appealing to fear, they appeal to intellect and arrogance. Consumer culture pushes you to make decisions based on feeling great and then congratulates you for those decisions, while our religions tell us to feel bad about how bad we feel.

To unspin these stories we must come back to a simple truth: feelings don’t necessarily mean anything. They merely mean whatever you allow them to mean.

This is the skill that’s perilously missing today: the ability to de-couple meaning from feeling, to decide that just because you feel something, it doesn’t mean life is that something.

This doesn’t mean you should ignore your feelings. Feelings are important. But they’re important not for the reasons we think they are. We think they’re important because they say something about us, about the world, and about our relationship with it. But they say none of these things. There’s no meaning attached to feelings. Sometimes you hurt for a good reason. Sometimes for a bad reason. And sometimes no reason at all. The hurt itself is neutral. The reason is separate.

And more often than not, any answer except one will tear you apart inside. And that answer is: nothing.