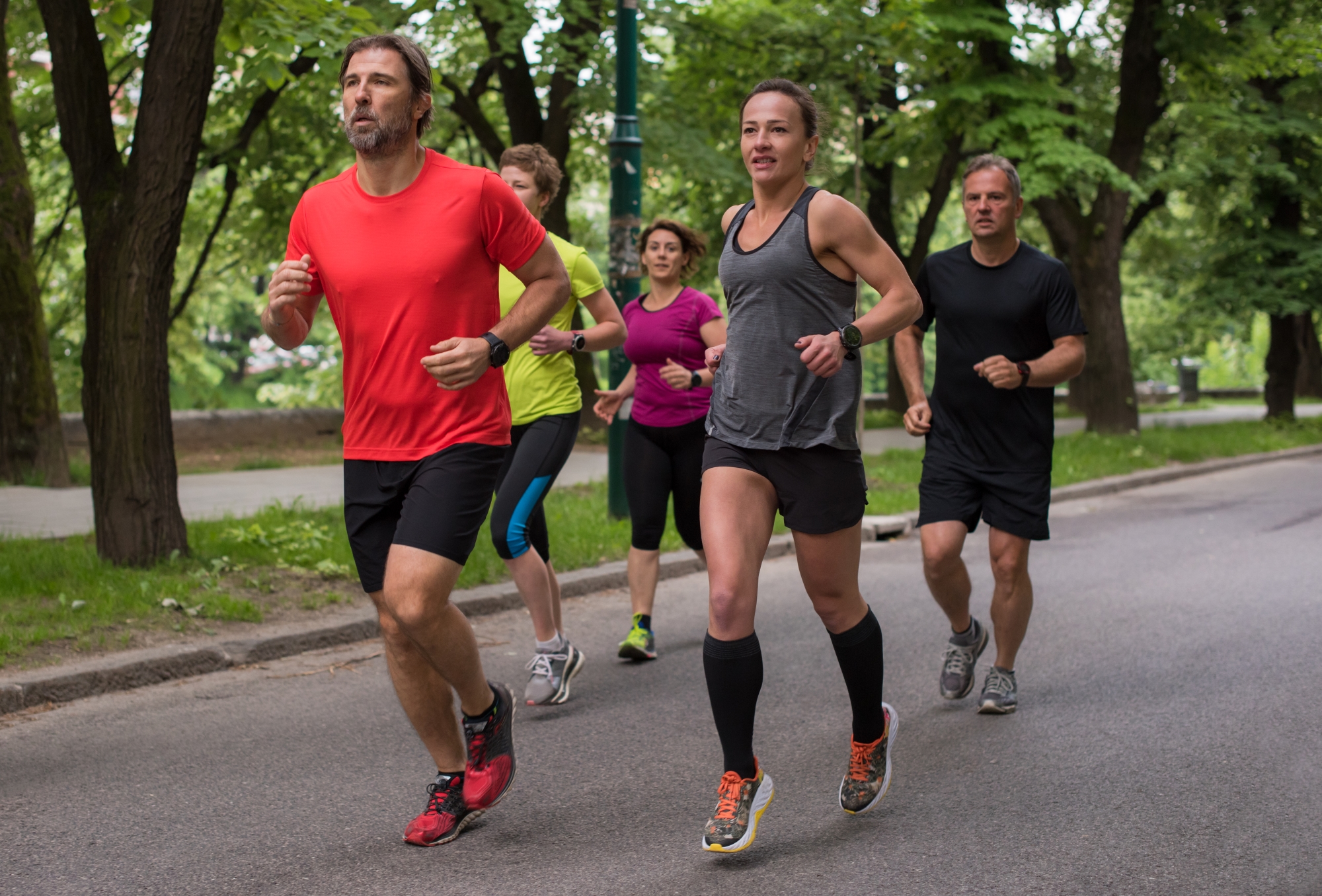 When it comes to losing weight, people often want know the best way to shed excess pounds – and there’s no shortage of fad diets or fitness crazes claiming to have the “secret” to fat loss. One theory even suggests that exercising at around 60% of your maximum heart rate will bring our bodies into a so-called “fat burning zone”, optimal for losing weight.

But does this “fat burning zone” even exist?

First, it’s important to understand a little about our metabolism. Even if we were to sit at our desk all day, our body still needs “fuel” to meet energy demands. This energy comes from carbohydrates, proteins, fats and phosphates. However, the rate at which we use them, and how much we have available, varies between people. It depends on a number of factors, such as dietary intake, age, sex and how hard or often we exercise.

Generally, exercising at lower intensities – such as sustained walking or light jogging – doesn’t require as much effort by our muscles as sprinting, for example. This means the amount of energy needed by the body is lower, so energy supply predominantly comes from fats.

At the lower end of this spectrum is our resting state. Here, the number of calories our body needs to function is considerably low, so the body primarily metabolises fat to use for energy. This means the potential “zone” for metabolising fat is between the rested state and the level of exercise intensity where carbohydrates become the dominant energy source (in terms of percent contribution to energy demand).

But this is a wide range, which lies between a resting heart rate of around 70 beats per minute to around 160 beats per minute during moderate effort exercise (such as cycling at a constant speed where holding a conversation becomes challenging), where the crossover from using fat to carbohydrates for energy occurs.

The issue with such a wide zone is that the person exercising wouldn’t necessarily be optimising their ability to metabolise fat, because as the exercise intensity increases there’s a gradual change in the balance of fat and carbohydrates your body uses for energy.

So how can we know at which point our body will switch from using fat to other fuels for energy? One approach researchers take is assessing how much fat is being used for energy during different exercise intensities.

By measuring how much air a person expels during an exercise test which gets progressively harder, physiologists have been able to calculate the relative contributions of fat and carbohydrates to meet the exercise demand at different intensities. The highest amount of fat burned is called the “maximal fat oxidation rate” (or MFO), and the intensity this occurs at is termed “FATmax”. 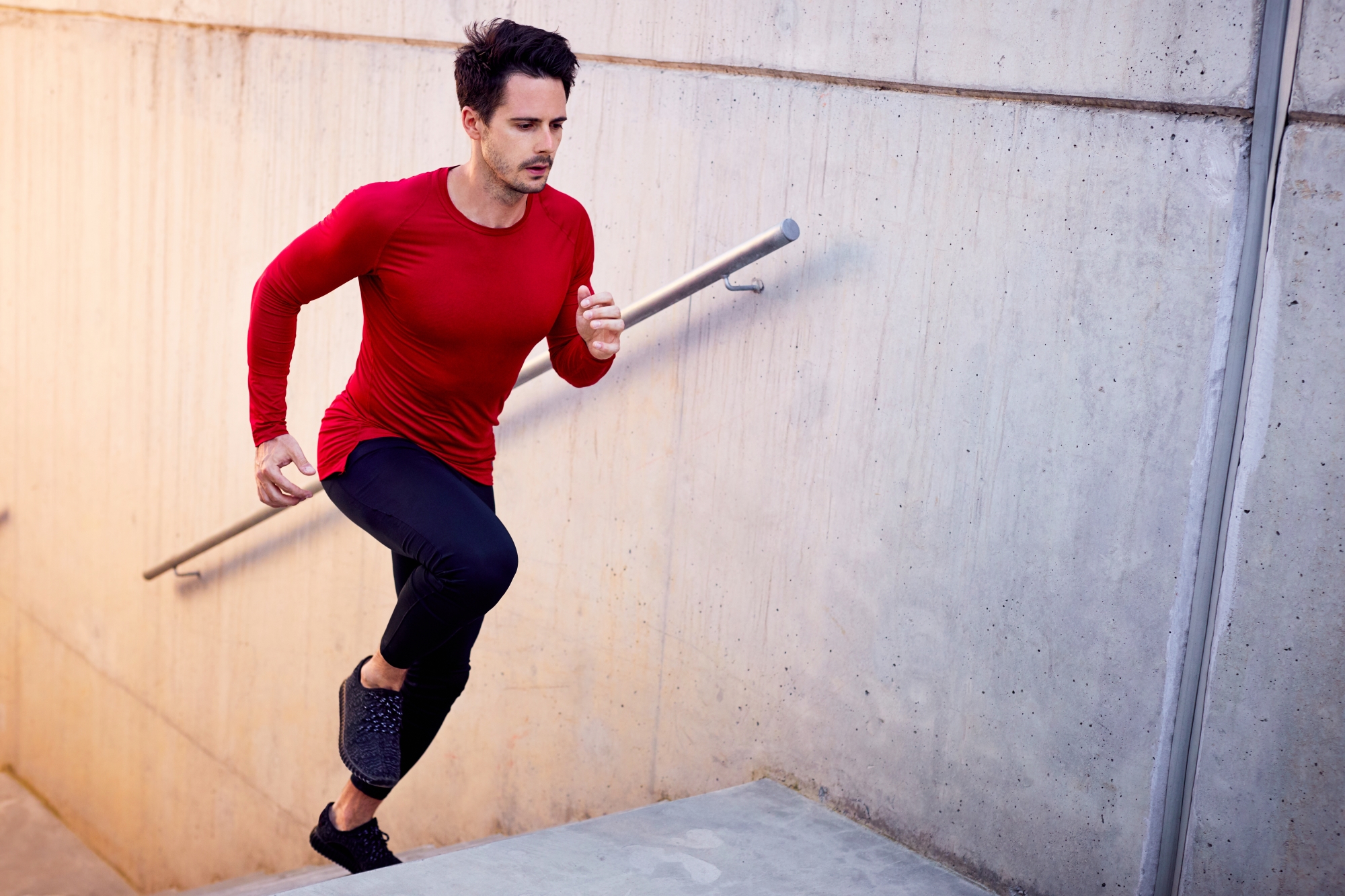 The more intense the exercise, the less fat our body draws upon for energy. Credit: baranq / Shutterstock.

Since this method was first used by researchers, studies have shown that as the intensity rises from around 40-70% of a person’s VO₂ max – which is the maximum amount of oxygen a person can use during exercise – there’s an increase in the rate of carbohydrates and fats being used. The rate of fat being burned starts to decline at higher intensities as the body requires energy more rapidly.

The so-called “fat burning zone” has been shown to occur anywhere between about 50-72% of a person’s VO₂ max. However, the ability to burn fat is also based on genetics, with studies showing that this fat burning zone is likely to be lower in overweight or obese people – around 24-46% of their VO₂ max – and higher in endurance athletes.

Another point to consider is how much fat we actually burn during exercise (if we express it in grams per minute). The answer is: surprisingly little. Even in studies with athletes, at FATmax, participants only burned on average a mere 0.5 grams of fat per minute. This would equate to around 30 grams of fat per hour.

In the average person, this appears to be even lower, ranging between 0.1 and 0.4 grams of fat per minute. To put it in perspective, one pound of fat weighs around 454 grams. So, though training in this fat burning zone will help with fat loss, this might also help explain why it takes some people longer to lose fat through exercise.

But there is evidence that following certain diets (such as intermittent fasting or a ketogenic, high fat diet) and longer exercise can increase the actual amount of fat we burn.

Perhaps it’s time to no longer consider “burning fat” to have a “zone”, but rather an individualized “sweet spot” which can be used to optimise our exercise regimes to lose weight. Regular physical activity around this “sweet spot” (which typically occurs at a low to moderate feeling of effort, for example 30-60% of your maximal effort, or a perceived exertion level of one to four out of ten) will likely improve our body’s efficiency in using fat for energy – and translate to a lower overall body fat percentage.

Justin Roberts is a Principal Lecturer at Anglia Ruskin University.

Ash Willmott is a Lecturer in Sport and Exercise Science at Anglia Ruskin University.