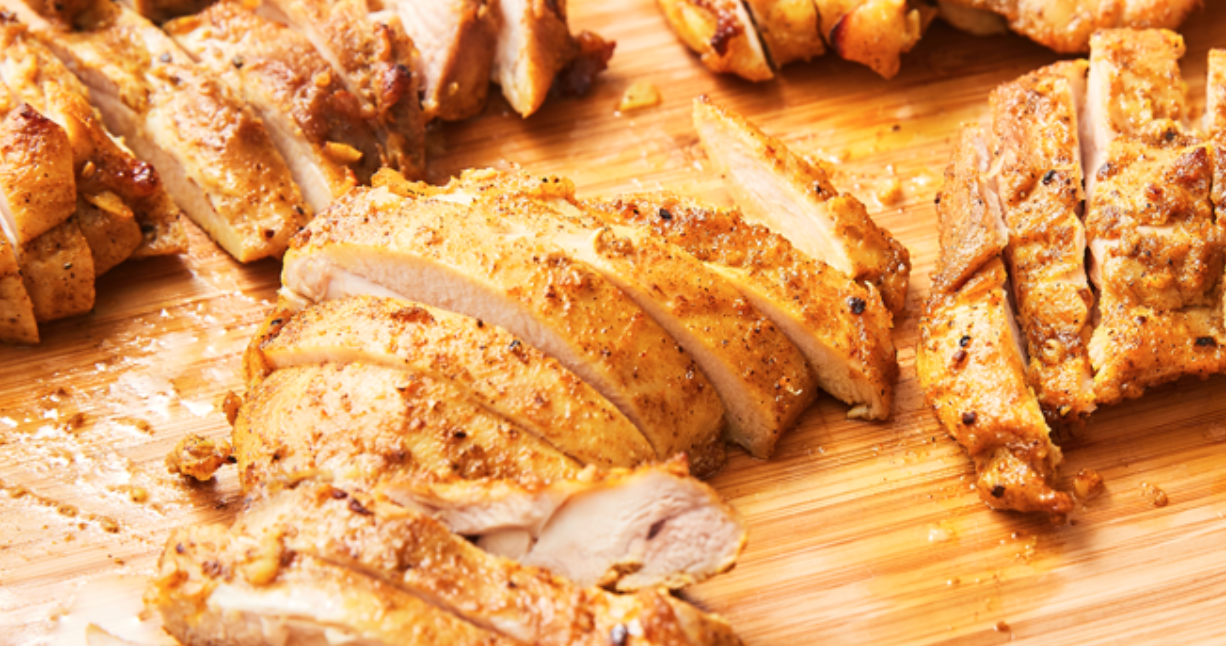 Shawarma refers to the Middle Eastern method cooking where thin slices of meat, most traditionally lamb, are stack on a vertical spit and slowly rotate in front of a fire or other heat source. The outside meat is slowly cooked and then shaved off to serve. It’s a common street food and the result is tender, juicy, well spiced meat. Our version, since it’s cooked in the oven, varies greatly from traditional shawarma, but mimics the flavor and tenderness you would find and makes it possible to make at home. Shawarma refers to the meat and is most commonly served with pita and veggies like lettuce, onions, and tomatoes. Use the chicken in a salad, on a pita, or over rice. However you serve it, you’re going to love it. Cooking the chicken with the onions adds extra moisture to the pan and helps it further tenderize the chicken and produces some pan sauce that is great tossed in with the cut chicken!