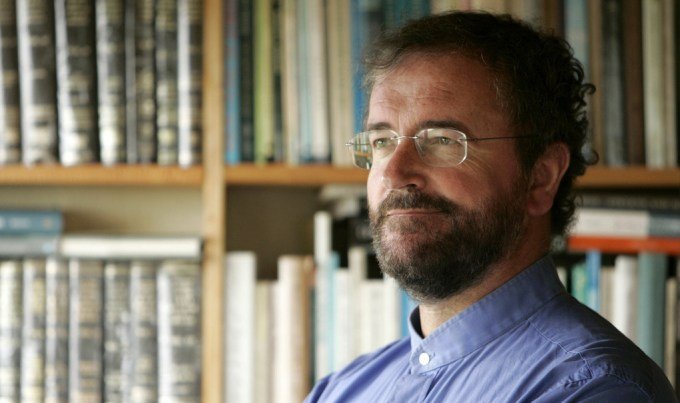 “It is the intentions, the capacities for choice rather than the total configuration of traits which defines the person,” philosopher Amelie Rorty wrote in examining what makes a person through her taxonomy of the seven layers of identity. I have thought about Rorty often in watching the steamroller of our cultural moment level the beautiful, wild topography of personhood into variations on identity politics, demolishing context, dispossessing expression of intention, and flattening persons into identities. Half a century ago, James Baldwin shone a sidewise gleam of admonition against this perilous tendency as he contemplated freedom and how we imprison ourselves: “This collision between one’s image of oneself and what one actually is is always very painful and there are two things you can do about it, you can meet the collision head-on and try and become what you really are or you can retreat and try to remain what you thought you were, which is a fantasy, in which you will certainly perish.” 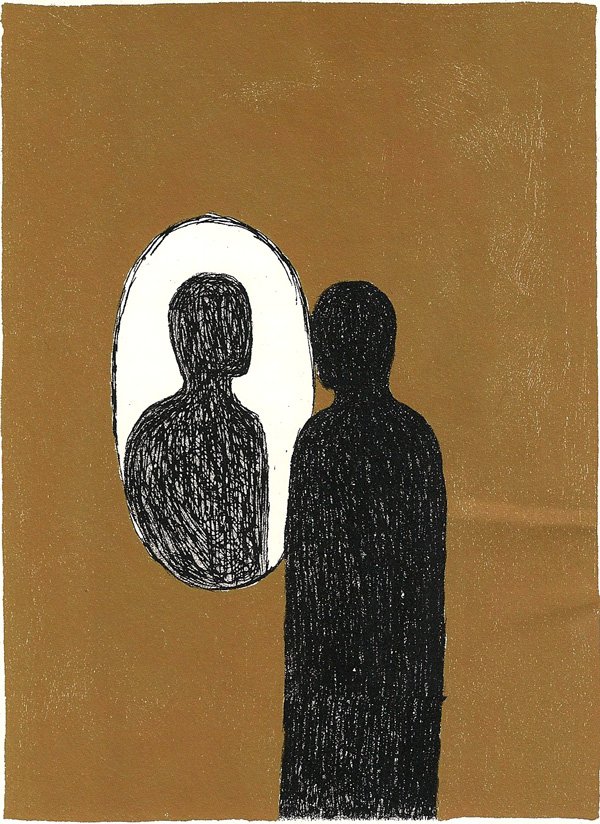 Illustration by Mimmo Paladino for a rare edition of James Joyce’s Ulysses.

During a tense recent dinner table conversation about these tensions, I was reminded of a lesser-known legacy of the great Irish poet and philosopher John O’Donohue (January 1, 1956–January 4, 2008), who has written beautifully about selfhood and the crucible of identity. 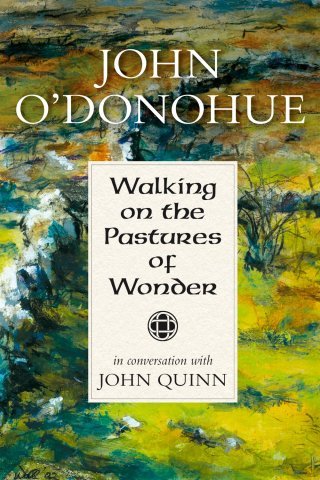 In 1997, the Irish broadcaster and radio producer John Quinn conceived of a summer series titled “Webs of Wonder” — a modern embodiment of Descartes’s conviction that “wonderment is the first passion of all,” exploring the elemental sublimity of wonder through poetry, music, literature, and philosophy. Quinn enlisted O’Donohue in the philosophical component of the program. In a hotel bar in Kinvara, the two sat down to explore the tessellations of wonder in a roaming hourlong conversation, the transcript of which was published as Walking on the Pastures of Wonder: John O’Donohue in Conversation with John Quinn (public library).

In one of the most poignant portions of the conversation, O’Donohue considers the trap of identity, the relationship between limitation and wonder, and how the unquestioned confines us to smaller and smaller compartments of ourselves:

Every human person is inevitably involved with two worlds: the world they carry within them and the world that is out there. All thinking, all writing, all action, all creation and all destruction is about that bridge between the two worlds. All thought is about putting a face on experience… One of the most exciting and energetic forms of thought is the question. I always think that the question is like a lantern. It illuminates new landscapes and new areas as it moves. Therefore, the question always assumes that there are many different dimensions to a thought that you are either blind to or that are not available to you. So a question is really one of the forms in which wonder expresses itself. One of the reasons that we wonder is because we are limited, and that limitation is one of the great gateways to wonder.

All thinking that is imbued with wonder is graceful and gracious thinking… And thought, if it’s not open to wonder, can be limiting, destructive and very, very dangerous.

Two decades after O’Donohue’s beautiful words, we have somehow found ourselves in an era where even the brightest, kindest, most idealistic people spring to judgment — which is nothing other than negative wonder — in a heart-flinch. Questions invite instant opinions more often than they invite conversation and contemplation — a peculiar terror of wonder that O’Donohue presaged:

One of the sad things today is that so many people are frightened by the wonder of their own presence. They are dying to tie themselves into a system, a role, or to an image, or to a predetermined identity that other people have actually settled on for them. This identity may be totally at variance with the wild energies that are rising inside in their souls. Many of us get very afraid and we eventually compromise. We settle for something that is safe, rather than engaging the danger and the wildness that is in our own hearts.

Paradoxically, in our golden age of identity politics and trigger-ready outrage, this repression of our inner wildness and fracturing of our wholeness has taken on an inverted form, inclining toward a parody of itself. Where Walt Whitman once invited us to celebrate the glorious multitudes we each contain and to welcome the wonder that comes from discovering one another’s multitudes afresh, we now cling to our identity-fragments, using them as badges and badgering artillery in confronting the templated identity-fragments of others. (For instance, some of mine: woman, reader, immigrant, writer, queer, survivor of Communism.) Because no composite of fragments can contain, much less represent, all possible fragments, we end up drifting further and further from one another’s wholeness, abrading all sense of shared aspiration toward unbiased understanding. The censors of yore have been replaced by the “sensitivity readers” of today, fraying the fabric of freedom — of speech, even of thought — from opposite ends, but fraying it nonetheless. The safety of conformity to an old-guard mainstream has been supplanted by the safety of conformity to a new-order minority predicated on some fragment of identity, so that those within each new group (and sub-group, and sub-sub-group) are as harsh to judge and as fast to exclude “outsiders” (that is, those of unlike identity-fragments) from the conversation as the old mainstream once was in judging and excluding them. In our effort to liberate, we have ended up imprisoning — imprisoning ourselves in the fractal infinity of our ever-subdividing identities, imprisoning each other in our exponentially multiplying varieties of otherness. 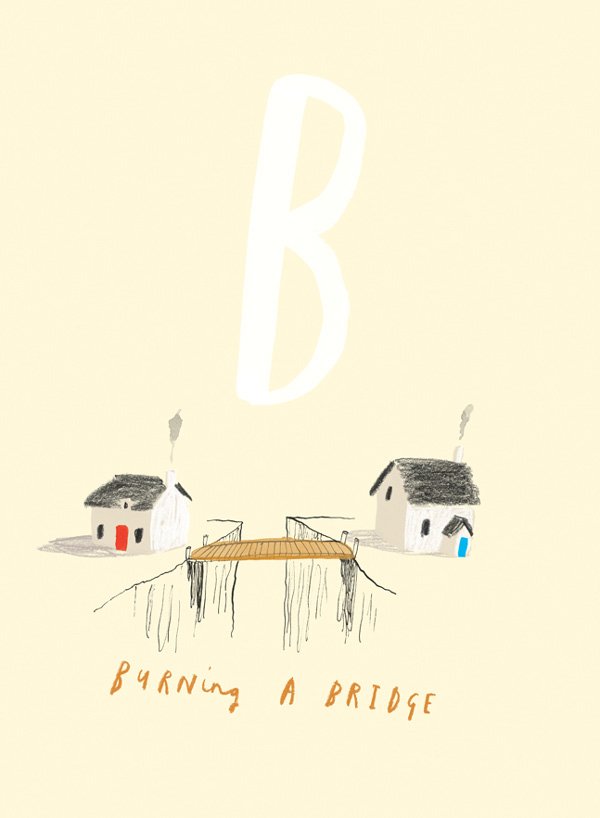 Art by Oliver Jeffers from Once Upon an Alphabet.

This inversion of intent only fissures the social justice movement itself, so that people who are at bottom kindred-spirited — who share the most elemental values, who work from a common devotion to the same projects of justice and equality, who are paving parallel pathways to a nobler, fairer, more equitable world — end up disoriented by the suspicion that they might be on different sides of justice after all, merely because their particular fragments don’t happen to coincide perfectly. In consequence, despite our best intentions, we misconstrue and alienate each other more and more.

Each one of us is the custodian of an inner world that we carry around with us. Now, other people can glimpse it from [its outer expressions]. But no one but you knows what your inner world is actually like, and no one can force you to reveal it until you actually tell them about it. That’s the whole mystery of writing and language and expression — that when you do say it, what others hear and what you intend and know are often totally different kinds of things.

A generation after James Baldwin asserted that “an artist is a sort of emotional or spiritual historian [whose] role is to make you realize the doom and glory of knowing who you are and what you are,” O’Donohue considers the singular artistry of composing a human life, suspended between the doom and the glory of the interior truths that comprise our identity:

Each one of us is privileged to be the custodian of this inner world, which is accessible only through thought, and we are also doomed, in the sense that we cannot unshackle ourselves from the world that we actually carry… All human being and human identity and human growth is about finding some kind of balance between the privilege and the doom or the inevitability of carrying this kind of world. 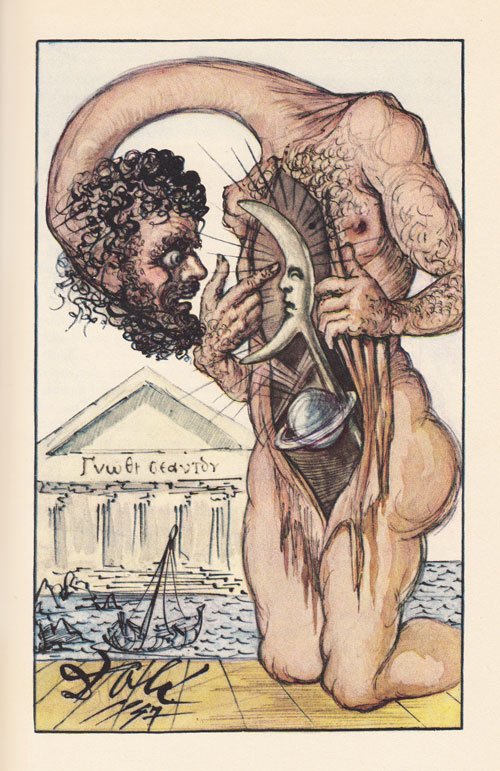 One of Salvador Dalí’s illustrations for the essays of Montaigne.

Today, we seem to serve not as custodians of our inner worlds but as their terrified and terrible wardens, policing our own interiority along with that of others for any deviation from the proscribed identity-political correctness. And yet identity is exclusionary by definition — we are what remains after everything we are not. Even those remnants are not static and solid ground onto which to stake the flag of an immutable personhood but fluid currents in an ever-shifting, shoreless self — for, as Virginia Wolf memorably wrote, “a self that goes on changing is a self that goes on living.” To liberate ourselves from the trap of identity, O’Donohue implies, requires not merely an awareness of but an active surrender to the transience that inheres in all of life and engenders its very richness:

One of the most amazing recognitions of the human mind is that time passes. Everything that we experience somehow passes into a past invisible place: when you think of yesterday and the things that were troubling you and worrying you, and the intentions that you had and the people that you met, and you know you experienced them all, but when you look for them now, they are nowhere — they have vanished… It seems to me that our times are very concerned with experience, and that nowadays to hold a belief, to have a value, must be woven through the loom of one’s own experience, and that experience is the touchstone of integrity, verification and authenticity. And yet the destiny of every experience is that it will disappear.

To come to terms with this — with the impermanence and mutability of our thoughts, our feelings, our values, our very cells — is to grasp the absurdity of clinging to any strand of identity with the certitude and self-righteousness undergirding identity politics. To reclaim the beauty of the multitudes we each contain, we must break free of the prison of our fragments and meet one another as whole persons full of wonder unblunted by identity-template and expectation.

Complement this particular direction of thought inspired by Walking on the Pastures of Wonder with James Baldwin and Margaret Mead’s spectacular conversation about identity and belonging, young Barack Obama on how we fragment our wholeness with polarizing identity politics, and Walt Whitman on identity and the paradox of the self, then revisit O’Donohue on the central pillar of friendship, how our restlessness fuels our creativity, and what makes life’s transience bearable.