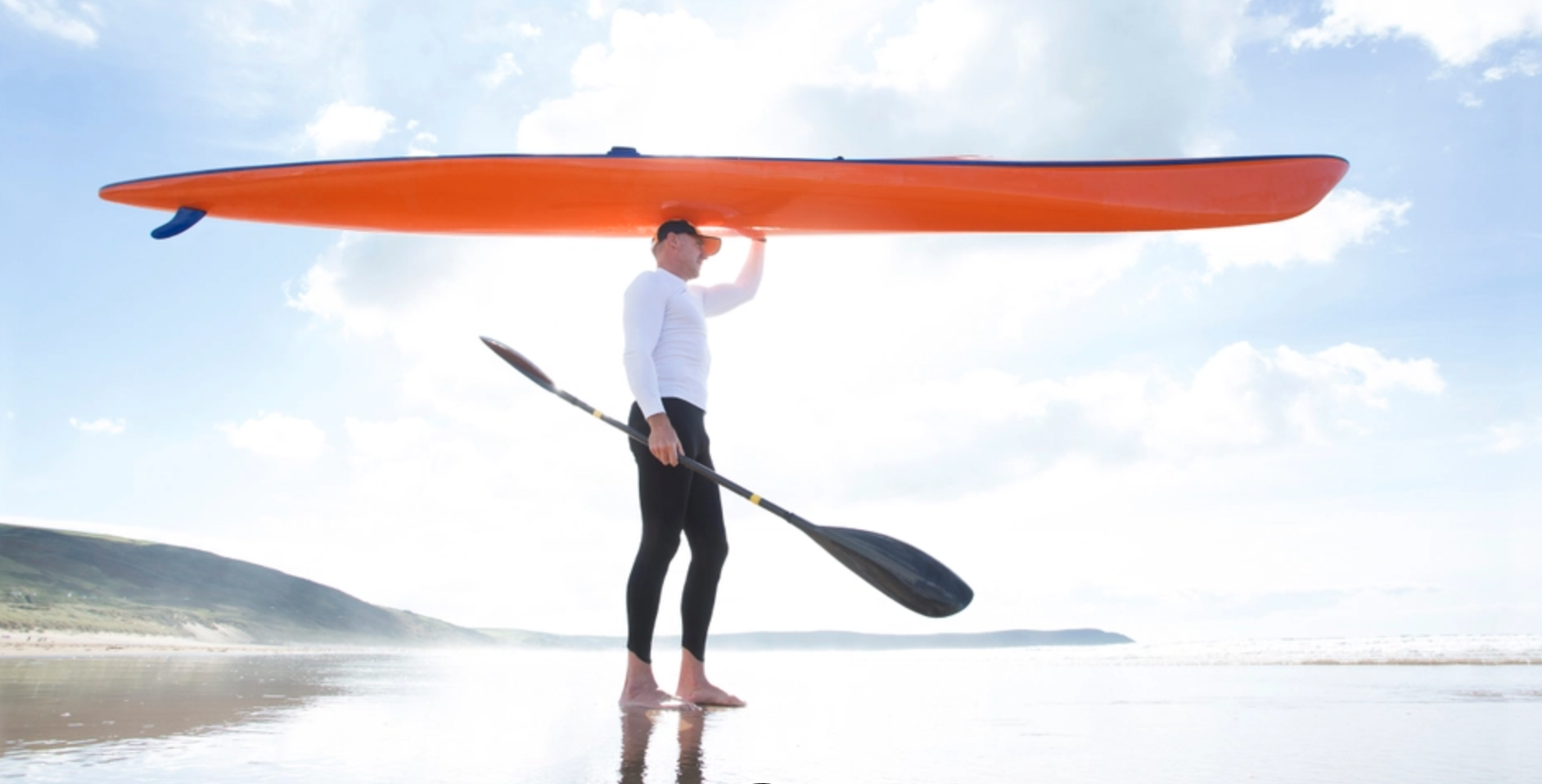 Over the past few years, there has been an ever-increasing obsession with biohacking and life extension: FDA-approved studies to see if metformin, a drug historically used to treat Type 2 diabetes, can slow aging. A supplement called Basis, which purports to extend life and is backed by multiple Nobel Prize–winning scientists. Transfusing the blood of younger individuals into older ones. Plus a whole manner of other hacks, such as dumping loads of butter into your coffee and wearing headbands that allegedly improve brain function.

Although these approaches are intriguing and arguably worth studying further (at least some of them), too many people seem to have forgotten that there already exists a scientifically proven method—one supported by decades of peer-reviewed research—to extend both the quantity and quality of your life: adopting a few healthy, quotidian habits.

“We’ve known since the mid-1960s that lifestyle behaviors have an outsize influence on health and longevity,” says Michael Joyner, a researcher and expert on health and human performance at the Mayo Clinic. Since then, evidence to support the positive impact of healthy living has mounted, he says, even as more people try to find the elixir of youth. Consider research published in 2011 in the American Journal of Public Health demonstrating that adopting healthy lifestyle behaviors—regular exercise, a wholesome diet, no smoking—can increase lifespan by 11 years. Or a 2016 study published in the British Medical Journal that found a healthy lifestyle reduces one’s chance of all-cause mortality by a whopping 61 percent.

The great irony is that “the idea behind a lot of these moon-shot fountain of youth drugs, supplements, and gadgets is to replicate the already proven biological and physiological effects of a few key behaviors,” says Joyner.

Aubrey de Grey, a pioneer in the anti-aging movement and chief science officer at the SENS Research Foundation, a Silicon Valley–based longevity institute, told the New Yorker that by doing things like optimizing his mitochondrial mutation, “I can drink as much as I like, and it has no effect. I don’t even need to exercise, I’m so well optimized.” Perhaps. But in the meantime, there’s an easier, proven method to life extension.

If exercise could be bottled up and sold as a drug, it would be a billion-dollar business. Decades of studies show that just 30 minutes of moderate to intense daily physical activity lowers your risk for physiological diseases (like heart disease and cancer), as well as psychological ones (like anxiety and Alzheimer’s). According to Joyner, many of the newfangled longevity elixirs aim to prevent mitochondrial dysfunction, or the breakdown of a cell’s ability to properly use energy, which is a normal part of aging. “But people who exercise can double the number of mitochondria in their skeletal muscle and improve its function throughout the body,” he says. “This is why exercise has such a potent anti-aging effect.”

Avoid stuff that comes wrapped in plastic. “Foods that undergo ultra-processing tend to see much of their nutritional bounty stripped from them,” says Yoni Freedhoff, an Ottawa-based obesity doctor and author of The Diet Fix. Another reason to avoid processed foods is related to energy density, or calories per gram of food. “Generally speaking, ultra-processed foods are much higher in energy density than foods made from fresh, whole ingredients,” says Freedhoff, “which isn’t great for maintaining a healthy weight.”

Freedhoff’s ideal diet for health and longevity? “One that is rich in whole foods that in turn are especially filling. You can keep calories at bay while maximizing nutrition,” he says. “This means a diet rich in vegetables, whole grains, fish, and leaner meats with regular but not excessive consumption of fruits, nuts, and healthy oils.”

A mounting body of evidence is revealing that hanging out with friends and family doesn’t just make you feel good in the moment—it’s also good for long-term health. Social connections are associated with reduced levels of the stress hormone cortisol, improved sleep quality, reduced risk of heart disease and stroke, slowed cognitive decline, lessened systemic inflammation, and improved immune function.

Americans spend more than $30 billion every year on dietary supplements, yet the vast majority don’t work and may even cause harm. A 2016 article published in the Journal of the American Medical Association cited more than 20 years of research and concluded that “studies evaluating dietary supplements have yielded predominantly disappointing results about the potential health benefits, whereas evidence of harm has continued to accumulate.”

Though supplements are often pristinely packaged in alluring promises, Freedhoff says that “it’s smart to have a policy of ‘just say no.’ There simply aren’t any supplements with sufficient evidence behind them to support their use in a person who doesn’t have a particular proven deficiency or need.”

Regardless of what the biohackers may tell you, you simply cannot nap or intermittently sleep your way to optimal health and functioning. It’s only after you’ve been sleeping for at least an hour that anabolic hormones like testosterone and human growth hormone—both of which are critical to health and physical function—are released. What’s more, a 2007 study published in the journal Sleep showed that with each additional 90-minute cycle of deep sleep, you receive even more of these hormones. In other words, there are increasing marginal benefits to sleep, and hours seven through nine—the hours most people don’t get—are actually the most powerful.

Deep sleep is also beneficial to mental health. Researchers from Harvard found that it’s only during deep sleep when your brain combs through, consolidates, and stores all the information you came across during the day. “There’s a reason all the bodybuilders and super-intellectual people I know are obsessed with sleep,” says Joyner. “Sleep works wonders.”

In Cheryl Strayed’s bestselling memoir, Wild, her mom tells her that the cure for much of what ails her is to “put [herself] in the way of beauty.” Turns out she was right, at least according to the latest science. Time in nature is an antidote to the ill effects of stress, prevents and in some cases even helps cure anxiety and depression, and enhances creativity. Though the exact causal mechanisms are not yet known, researchers speculate there is something unique about nature—perhaps related to the fact that we evolved to be in it—that puts both our bodies and minds at ease, promoting physical and psychological restoration and subsequent functioning.

Smoking is associated with dozens of types of cancer, as well as heart disease, dementia, and chronic obstructive pulmonary disease. According to the American Cancer Association, smoking causes one out of every five deaths in the United States, killing more people than alcohol, car accidents, HIV, guns, and illegal drugs combined. According to the Centers for Disease Control and Prevention, your body literally starts repairing the damage caused by smoking within days of stopping.

Like smoking, excessive alcohol use is associated with a number of chronic diseases, such as liver cirrhosis, throat cancer, and cardiovascular disease. Drinking too much also impairs sleep and daily function. The good news is that if you enjoy alcohol, drinking reasonably—one drink per day for women and up to two for men—carries minimal risk. “Moderation is key,” says Joyner.

Brad Stulberg (@Bstulberg) writes Outside’s Science of Performance column and is a co-author of the new book Peak Performance: Elevate your Game, Avoid Burnout, and Thrive with the New Science of Success.