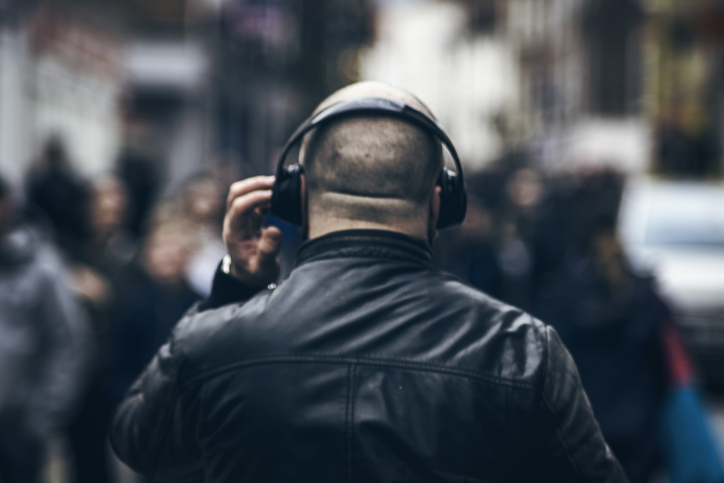 Ever zone out while someone is talking? Of course. We all do. The average human has an eight-second attention span. With electronic distractions competing for your time and an abundance of responsibilities at work, it makes listening attentively to someone else speak pretty difficult.

“We are living in a time when it’s more challenging to be consistently aware and intentional because so many things are demanding our attention. Our brains haven’t caught up to the technology that’s feeding them,” says Scott Eblin, author of Overworked and Overwhelmed: The Mindfulness Alternative. “The impact of this leaves people in a chronic condition of fight or flight.”

Listening is also hard because we’re often consumed with ourselves, says Hal Gregersen, executive director of the MIT Leadership Center. “It’s really hard to walk into a conversation without my agenda being written on my forehead and your agenda written on yours,” he says. “Unfortunately with the hectic, chaotic, complicated pace of work life today, people are even more committed to getting their own agenda accomplished.”

Why Listening is Critical

When you approach a conversation thinking only of your own agenda, your goal is to maneuver and manipulate the conversation and to come out better than the other person, says Gregersen.

“I might influence you to do, buy, or act, but the probability that I get any surprisingly new data is close to zero,” he says. “I’m thinking that the conversation is about me, or it’s about me controlling you. Neither are great conversation starters.”

Walking around with closed ears is fine if what you’re doing is the right thing and the world doesn’t change. “But if the world changes and we happen to not be doing the right thing, it becomes critical to pay attention to other people’s thoughts, emotions, words, feelings, and perspectives,” says Gregersen. “It’s important to be open to new information that you’re not looking for but need to hear.”

How do you break bad habits? Here are six ways to become a better listener:

1. Listen to Learn, Not to Be Polite

“Often, whether realizing it or not, people listen to each other out of generosity, not out of curiosity,” says Ajit Singh, partner for the early stage venture fund Artiman Ventures and consulting professor in the School of Medicine at Stanford University. “Listening is good, but the intent has to be curiosity, not generosity. True dialogue does not happen when we pretend to listen, and it certainly cannot happen if we are not listening at all.”

“Each day, ask yourself, ‘What am I going to be curious about?’” says Gregersen. “Stewart Brand, [editor of the Whole Earth catalog,] wakes up every day asking himself, ‘How many things am I dead wrong about?’ Both questions effectively open your ears. It’s having a beginner’s mind-set walking into a conversation.”

While you can’t control someone else’s listening habits, you can control your own, and that involves quieting down your mind.

“Turn off those agendas,” says Gregersen. “Really listen to what someone else is trying to say. We need information that is disconfirming, not confirming. If we ever finish a conversation and learned nothing surprising, we weren’t really listening.”

One of the simplest ways to be a better listener is to ask more questions than you give answers, says Gregersen. When you ask questions, you create a safe space for other people to give you an unvarnished truth.

“Listening with real intent means I’m going to be open to being very wrong, and I’m comfortable with that in this conversation,” says Gregersen. “In a world that’s getting more polarized, being able to listen is critical to reducing unnecessary conflict at any level, within a team, organization, or on a broader political country level,” he says.

4. Pay Attention to Your Talk/Listen Ratio

Strive for a 2:1 ratio of listening to talking, says Eblin. “If you’re a note taker during meetings or conversations, try keeping track of how much you listen versus how much you talk,” he says. “Mark off a section of the paper and write down the names of all the people on the conference call. Whenever a person talks for more than a sentence or two, put a check mark by his or her name. That includes you, too. The visual representation of comparing listening to talking might hold some lessons for you.”

5. Repeat Back What You Heard

A number of problems interfere with people’s ability to understand accurately what another person is trying to communicate, says Adam Goodman, director of the Center for Leadership at Northwestern University. “Am I anticipating what the other person is about to say? Do I agree or disagree with what’s being said? Maybe I’m agreeing too quickly and, upon reflection, I’d find myself disagreeing later?” he asks. “Put simply, there’s more opportunity to misunderstand then there is to actually understand.”

Instead, implement a process called active listening. “It’s been around for a long time, and works if done right,” says Goodman. The basic concept is repeating back to the speaker what you heard. If the speaker agrees that what you heard is what he or she intended to say, you can move on. If not, the speaker needs to reword their statement until the listener really does understand.

6. Actually Wait Until Someone is Done Talking Before You Respond

The most difficult component of listening effectively is waiting for a period at the end of a sentence before formulating a reply, says Leslie Shore, author of Listen to Succeed.

“When we begin working on a reply before the speaker is finished, we lose both the complete information being offered and an understanding of the kind of emotion present in the speaker’s delivery,” she writes in her book.

This is dangerous, says Gregersen. “When I’m the most important thing in the world, that’s the moment when I’m most likely to be thinking about next thing I’m going to say instead of listening to you,” he says. “At the very core, that’s what going on; I’m declaring to the world I am more important than you. That’s an uncomfortable moment of self-awareness, and a self-serving way of approaching life.”

We all require self-focus, but leaders who make a difference are the ones who know the purpose is bigger than themselves, says Gregersen. “When a leader is operating on the edge of what’s possible, they’re in strong listening mode,” he says.