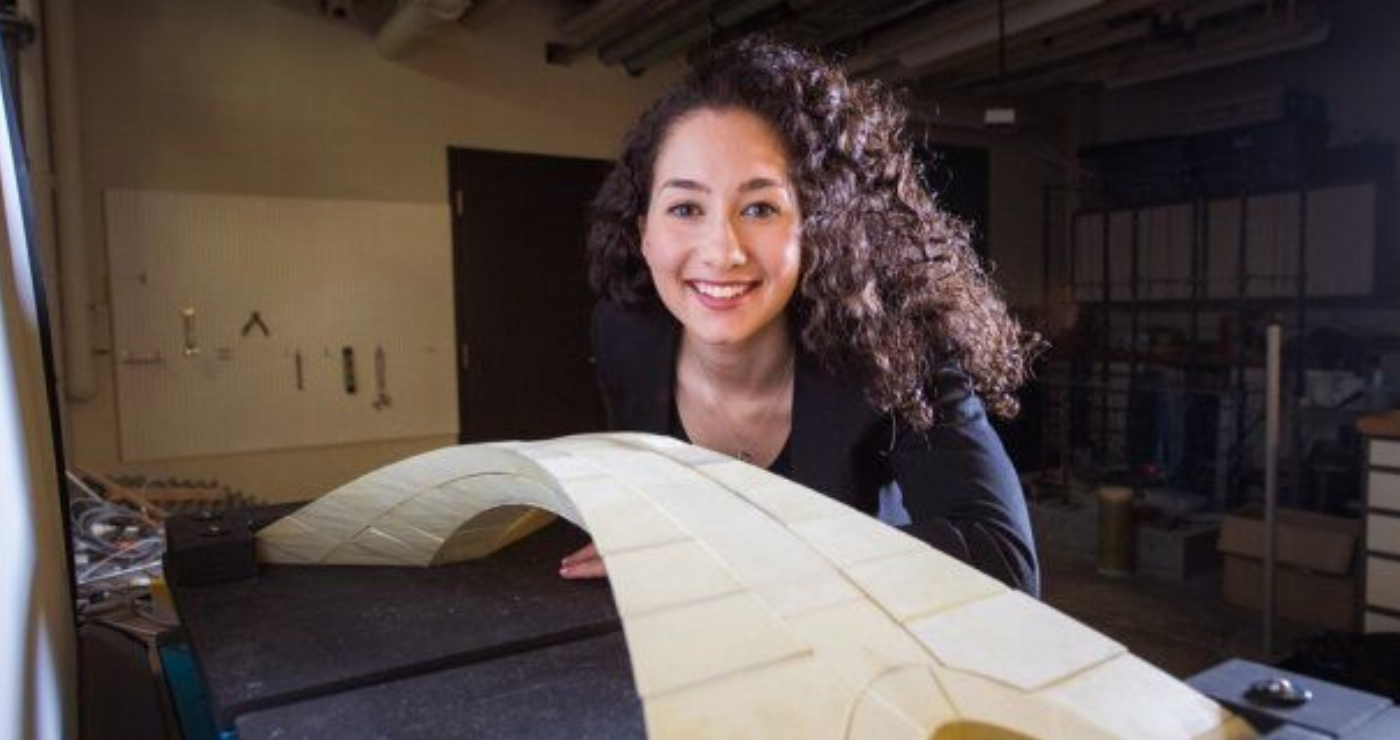 Researchers at MIT have proven Leonardo da Vinci correct yet again, this time involving his design for what would have been at the time a revolutionary bridge design. Although clients rejected da Vinci's work at the time, over 500 years later, the researchers have proven that his bridge would have worked.

The famed Renaissance Man made his living working with wealthy patrons—people like Ludovico Sforza, the Duke of Milan, who commissioned his painting "The Last Supper." But da Vinci did not want to limit himself to Italian patrons. When Sultan Bayezid II of the Ottoman Empire put out a request for proposals for a bridge connecting capital city Constantinople (now Istanbul) with its neighbor city Galata, da Vinci was eager for the chance to win the contract.

Da Vinci’s proposal was radically different than the standard bridge at the time. As described by the MIT group, it was approximately 918 feet long (280 meters, though neither system of measurement had been developed yet) and would have consisted of a flattened arch “tall enough to allow a sailboat to pass underneath with its mast in place...but that would cross the wide span with a single enormous arch,” according to an MIT press statement. It would have been the longest bridge in the world at the time by a significant measure, using an unheard of style of design.

It wasn’t just length or style that set da Vinci’s bridge apart. It also had safety features unheard of at the time. One of the biggest challenges facing any bridge design is that it has to exist in nature no matter the conditions, including wind.

Strong winds have forced many bridge, including relatively modern bridges from the 20th century, into lateral oscillations leading to collapse. Da Vinci would have added what are known as wing walls, abutments out to the side of the bridge, steadying it during harsh conditions. They are now common design elements of modern bridges. 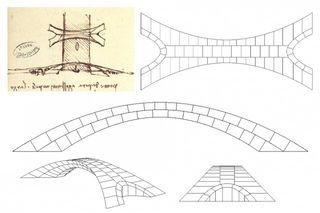 da Vinci’s sketch of the bridge proposal, together with modern drawings. Karly Bast and Michelle Xie

“It’s incredibly ambitious,” says recent graduate student Karly Bast, who worked on the project with professor of architecture and of civil and environmental engineering John Ochsendorf and undergraduate Michelle Xie on the project. “It was about 10 times longer than typical bridges of that time.”

Bast, Oschsendorf, and Xie analyzed available documents regarding the bridge, the possible materials and construction methods of the period, and the geographic conditions of the river estuary then known as the Golden Horn, now called Haliç, where the Sultan wanted the bridge.

Da Vinci's sketches and letters to the Sultan regarding the bridge can be found in what's known as Manuscript L, a small Codex stored in the Institut de France in Paris. Da Vinci wrote that

I, your faithful servant, understand that it has been your intention to erect a bridge from Galata (Pera) to Stambul… across the Golden Horn (‘Haliç”), but this has not been done because there were no experts available. I, your subject, have determined how to build the bridge. It will be a masonry bridge as high as a building, and even tall ships will be able to sail under it.

He does not specify what materials he would need, but the team assumed that da Vinci was talking about stone—neither wood or brick would have been able to sustain a bridge of that size at the time. The word “masonry” also tipped off the team to a design strategy. Like the classic masonry bridges of ancient Rome, with which da Vinci would have been familiar, it would stand solely through the forces of physics and gravity with no need for fasteners or mortar.

Since building a full-scale bridge would have been unwieldily, the team resorted to building a model. Using 126 blocks, they built the bridge at a scale of 1 to 500, making it around three feet long.

“It was time-consuming, but 3-D printing allowed us to accurately recreate this very complex geometry,” Bast says. Da Vinci’s design is well-known among historians, and has even inspired a modern bridge in Norway. But being inspired is different than proving the original design correct.

“That was not a test to see if his design would work with the technology from his time,” Bast says. The model is “held together by compression only. We wanted to really show that the forces are all being transferred within the structure.”

The crucial moment came, as it does in projects like these, with the adding of the keystone.

“When we put it in, we had to squeeze it in. That was the critical moment when we first put the bridge together. I had a lot of doubts,” Bast recalls. But “when I put the keystone in, I thought, ‘this is going to work.’ And after that, we took the scaffolding out, and it stood up.”

“It’s the power of geometry” that makes it work, she says. “This is a strong concept. It was well thought out.” Further tests showed that the bridge could have even stood its own against earthquakes to an extent far beyond other bridges at the time.

There are still mysteries surrounding the project. “Was this sketch just freehanded, something he did in 50 seconds, or is it something he really sat down and thought deeply about? It’s difficult to know.”

While it's difficult to know da Vinci's intentions, one thing is now relatively certain: the bridge would have worked.