5 Tricks to Never Run Out of Ideas Again

Put these in your back pocket for a rainy day.

Human beings are naturally creative. But sometimes we struggle with getting started. Whether you are going to write a novel or starting to learn a musical instrument, here are five methods to be more creative:

If you want to have a lot of good ideas, you need to expose yourself to good ideas. This means reading books, having conversations with interesting people, seeking out new experiences, travel and more.

There’s often a trade-off between creativity and efficiency. An efficiency-minded approach would seek out things that directly impact the area you want to improve. Read a business book to improve your business. Read a fitness book to get in shape. 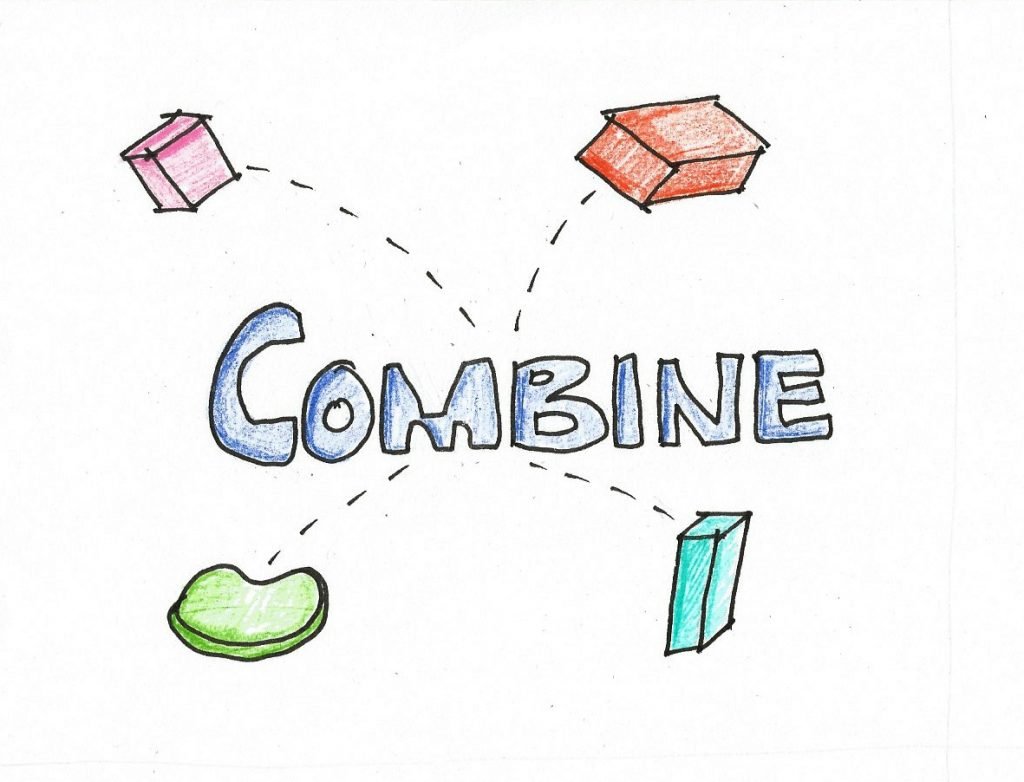 A creativity-minded approach often benefits from searching far broader, and then making disparate connections. While it’s unlikely that any single idea you have will be totally original, the combination of a few different ideas is often unique. To give an illustrative analogy, everyone has seen all the cards in a deck of playing cards. Yet shuffle those cards and the number of permutations is greater than the grains of sand in all the worlds beaches.

You can balance breadth and specificity by asking yourself whether it’s more important to have original ideas or useful ones. For useful, read direct. For original, read broad.

2. Have a Capture Mechanism

Creative ideas often come to you when you’re not deliberately trying to solve a problem. This is because when your attention is more relaxed, and your mind is wandering, it is often easier to associate more distant ideas than when you are using your attention to try to suppress distractions. 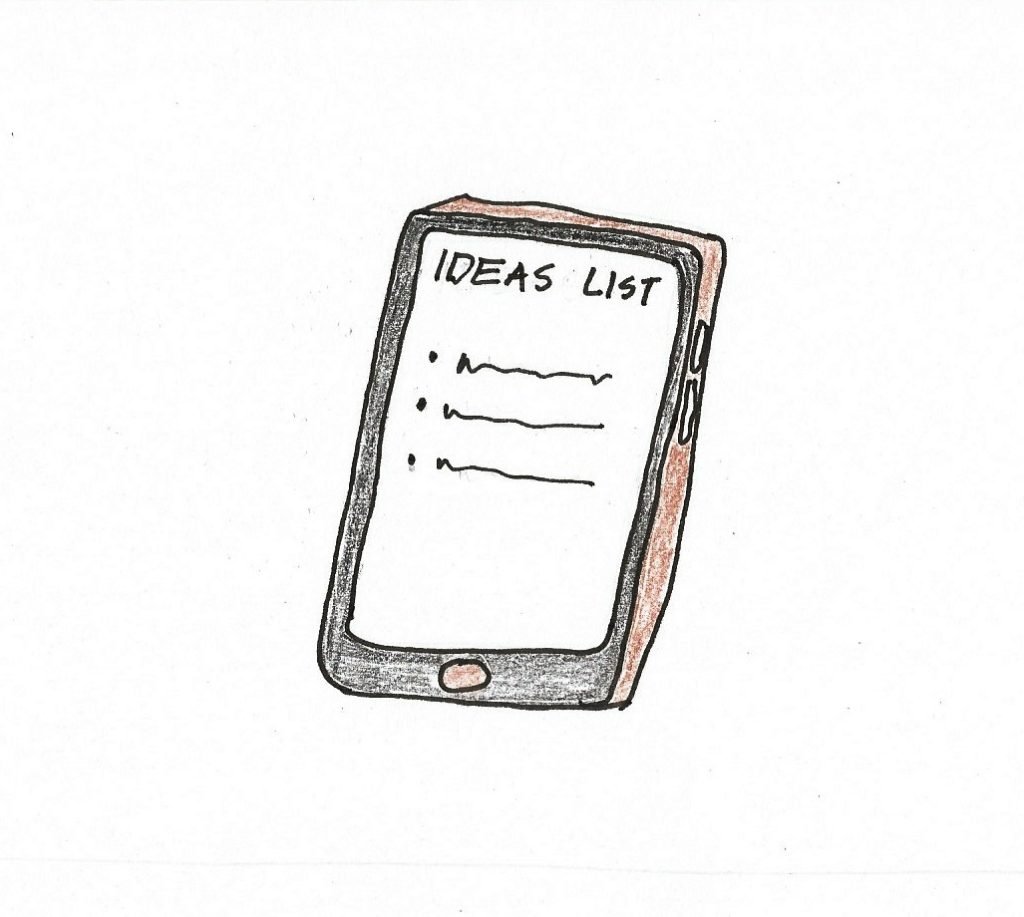 However, this can become a problem because often the moment of thinking of an idea is not the best time to work on an idea. Thus, your creative process must include a system to capture ideas when you have them, so you can work on them later.

The simplest mechanism is simply to have a list where you keep ideas. I keep a list on my phone, creatively titled, “Ideas” where I jot down any ideas for articles, business improvements, thoughts I want to follow up and more.

A more elaborate setup can also include specific subfolders for different types of ideas. You might have a folder for quotes, concepts, tactics, tools or whatever other ideas you want to encounter in your creative process.

I recommend regularly reviewing your ideas lists. I’ve had ideas sit on my list for months, if not years, before they became articles or implemented as business strategies. Incubation helps because just as a spontaneous connection can generate an idea, an incubated idea can spontaneously mature into a plan of action if you take care of it.

4. Have a Pipeline for Execution

Ideas are worthless without implementation. Getting enough good ideas isn’t useful if you don’t actually implement them. 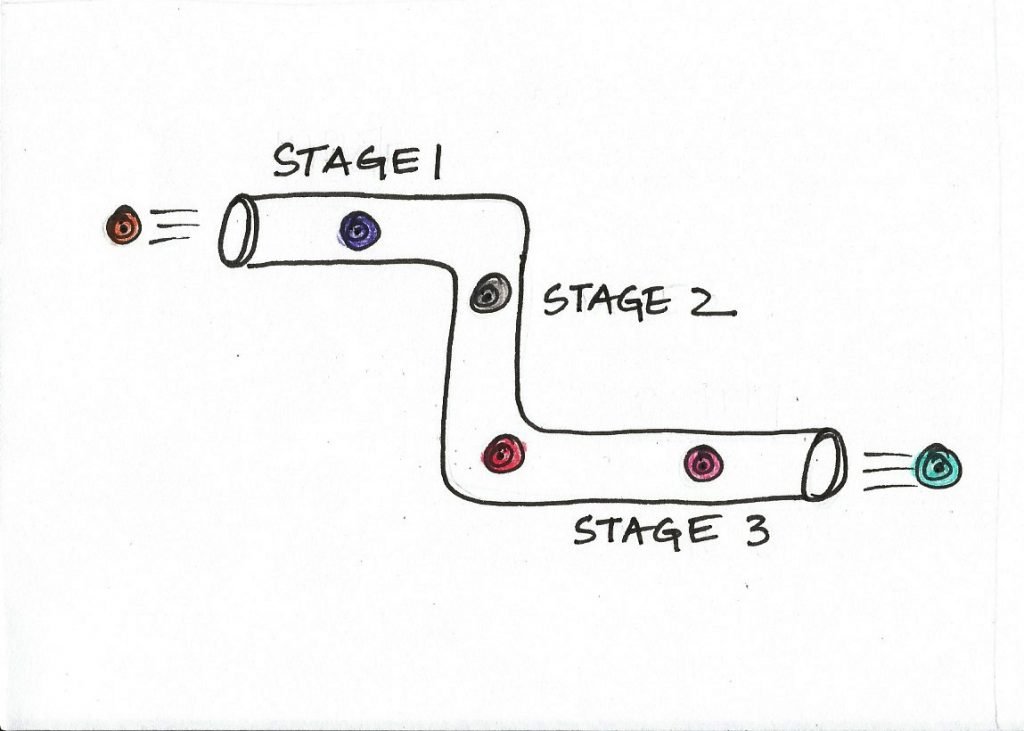 Pipelining is a methodology for working on more than one thing at a time, by having various stages of the process get worked on. In my own writing, I usually start with my ideas folder. Then some of those ideas (plus others I think of when I sit down to write) become article drafts. Then those sit in a different folder, sometimes for a day, sometimes for months. When it comes time to finish them, I pull them out, edit them, draw images and queue them up.

The different stages in the process, with time in between, allows space to think and edit. While I have written articles all in one go and hit publish, they often aren’t my best work.

Creative acts generally require two different mindsets. This is unfortunate because they tend to work against each other and so it can often lead to lousy editing or writers block when one dominates the other.

The first is a generative flow where you let ideas come to you easily and you don’t look at them too critically. This mindset is expansive, relaxed, open and positive. The advantage of this flow is that you create a lot of ideas. The downside is that a lot of them are bad.

The second is a critical flow, where you edit and tear down the ideas you’ve made. You spot flaws. You fix weaknesses. You edit ruthlessly. This mindset is closed, focused, critical and precise. The advantage of this flow is that you can make your work a lot better. The downside is that it can often block you from thinking of new ideas because they get rejected too quickly.

Moods and flows can be influenced by environment, time of day and by conscious effort. Splitting up the pipelining phases of writing and editing often helps me because I can write exuberantly, and then later trim and cut down the excesses when I read it in a more sobering light later.