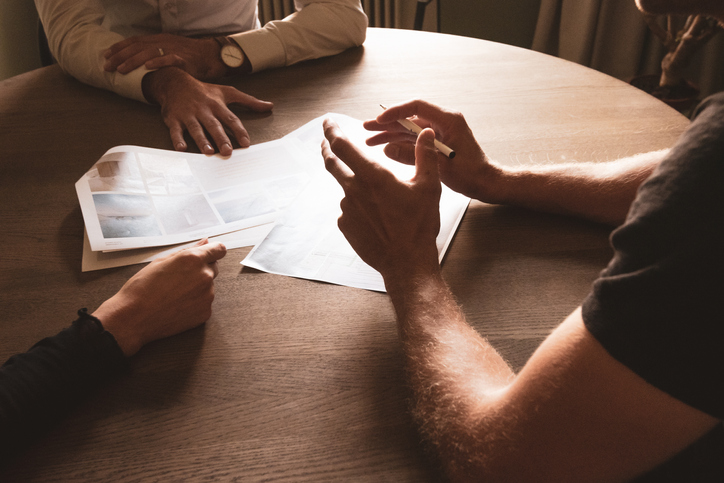 Being influential has its benefits. People seek out your opinion and listen to you. Your words have power. Those around you believe what you say and give weight to your input. But you don’t have to be a member of the C-suite or a high-ranking employee for this to be true. It’s possible to expand your influence in virtually any role.

“Inside the workplace, there’s formal influence, which comes from your position—the responsibility and authority that you’ve been given,” says leadership consultant Ron Price, founder of Price Associates, and author of Growing Influence: A Story of How to Lead with Character, Expertise, and Impact. “But there’s also informal influence, which comes from who you are and how you show up.”

While the title you hold may not be imbued with power, there are steps you can take to increase the power you hold in virtually any role, he says. Here are four strategies to try:

Focus On What You Can Control

Influence starts with the areas within your control, says Melissa Drake, founder of Collaborative AF, a consultancy that helps companies unlock potential through collaboration. First off, focus simply on being good at your job.

“If you’re doing your thing well and passionately and you’re getting good results, it’s really hard to argue with that,” she says. Being good at your job is one of the basic elements of influence. It lets people know that you’re confident and capable. Failure to do so undermines influence and makes it more difficult for people to trust you.

At consulting and training company Franklin Covey, Scott Miller, executive vice president and author of Management Mess to Leadership Success: 30 Challenges to Become the Leader You Would Follow, recommends focusing on your “circle of influence“—those factors you can control, including “your reputation; your ability to deliver on your promises; your ability to make wise, high-impact decisions; your ability to collaborate.” The more you focus on those essential elements, the more your influence will naturally grow.

Understanding the areas in which you may most likely be influential is important, too. If you have special expertise or act as a facilitator or gatekeeper, the way you share and distribute knowledge or resources can make you influential, says Allan Cohen, global leadership professor at Babson College and co-author of Influence without Authority. The core of your influence may also lie in how well you understand the organization, relationships within the workplace, or other areas that aren’t generally known.

But there’s a fine line between being a fair guardian of that influence and blowing your own horn too much, he says. Cohen says you must figure out how to provide that value in a reasonable way. “It’s a fine art to be able to contribute without disappearing, but without saying, ‘See me? See me? Look. Look. Here I am. Look what I’m doing for you,'” he says.

Make Strong Connections With Others

“Everything comes down to relationships,” Drake says, so building a strong network is essential. She recommends getting to know people on a personal level, too. It’s easier to relate to and understand others when you have an idea of what’s important to them, what their personality traits are, and what’s going on in their lives. “[Allow] people to be seen and heard as individuals and who they are,” says Drake, who gave a TEDx talk on collaboration in which she emphasized how much more powerful successful collaborations can be compared to solo efforts. “Then it makes it easier to come together,” she says.

The ability to collaborate with others also helps build your influence because it strengthens relationships. “There’s the kind of influence that you build through collaboration, where you work with people, where you have shared interests, says Price. “You can combine your influence together to create something bigger than you could have done by yourself.”

Don’t Be a Jerk

Even if you don’t have a big title or wield a great deal of power, there is always a way you can help others, Price says. So find ways to give back to individuals and the organization before you try to use your influence for your own interests. “Who comes to you to get information or something that they need in order to do their daily work?” he says. “The more that you respond to that in a timely way and give them what they’re looking for, the better, stronger influence you’ll build with them.”

By building your expertise and relationships, and using your growing power wisely and fairly, your words and actions will likely have greater impact in the workplace. But, as your influence grows, so must your humility, Miller says. “The more you readily show vulnerability and admit your issues, [the more] people will gravitate around you and you’ll create a culture where people take risks. They’ll make bets. They’ll choose to stay because there’s no paranoia. There’s high trust,” he says.