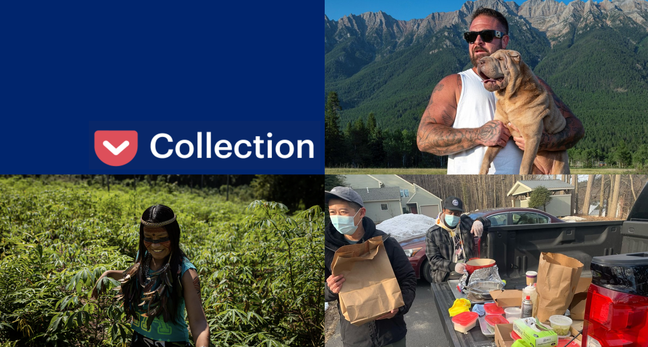 2021 was supposed to be the perfect do-over year after the unprecedented horrors of 2020—one of them, the ubiquity of the word “unprecedented.” It’s probably too much pressure to put on a single calendar year, especially one that, in America, kicked off with an insurrection and, by October, has seen a higher Covid-19 death toll than 2020.

Through all the highs and lows, Dave Pell has sent out his daily newsletter, NextDraft, the media- and tech-industry favorite that combs the internet for the best stories to read daily. He’s also written Please Scream Inside Your Heart: Breaking News and Nervous Breakdowns in the Year That Wouldn’t End, a new book that manages to catalog the roller coaster of the 2020 newscycle, and explain how our relationship with media got out of hand, all buoyed by his signature pace and humor.

But if Please Scream is all about the worst of 2020, what shall we make of the best of 2021? We’re handing the curatorial reins to Pell, the self-appointed Managing Editor of the Internet, to share his favorite, most heartwarming stories from this year. Consider this some inspiration for what we hope for in 2022. 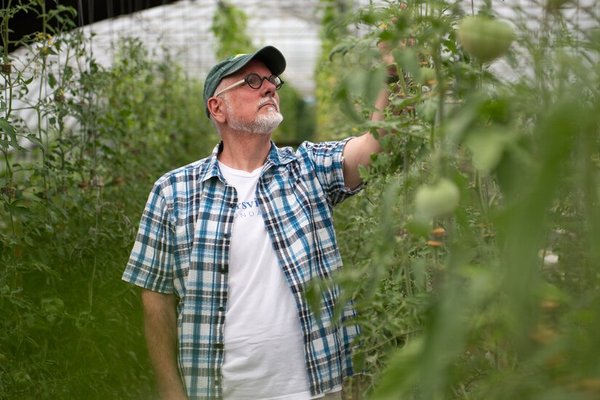 Their Produce Is Pristine Enough for Picky Chefs. But They Give It Away.

Dave Pell: “Steve Tomlinson is one of those organic farmers who fixates on every detail at Carversville Farm. He spent five years restoring the topsoil that now grows his Bolero carrots. Nearby, a 10-foot-long steel barrel washer gently buffs a pile of freshly dug Lehigh potatoes. You would be forgiven for assuming that Carversville Farm caters to the finest restaurants in the world. But these highest of high-quality foods go to soup kitchens and food pantries throughout the Philadelphia area. For free.” 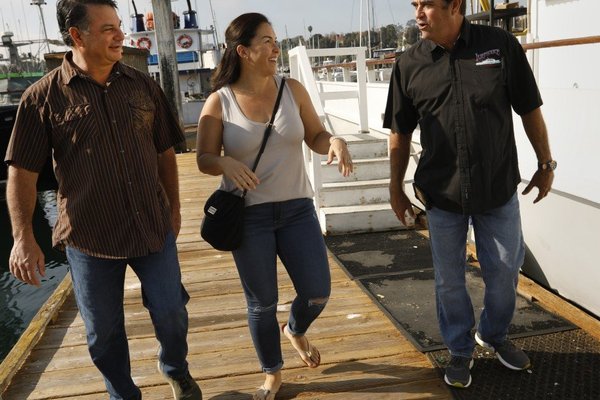 As a 9-Year-Old, She Was Saved at Sea. Thirty-Five Years Later, She Reunited With Her Rescuers

DP: “‘I don’t think I would have lived, I’ll be honest with you. I think at that point, I was just kind of done.’ That's how Desireé Rodriguez describes the moment when, as a 9 year-old, she was near death in the open sea. By a twist of fate, she was rescued and saved. But that’s just the beginning of this uplifting story.” 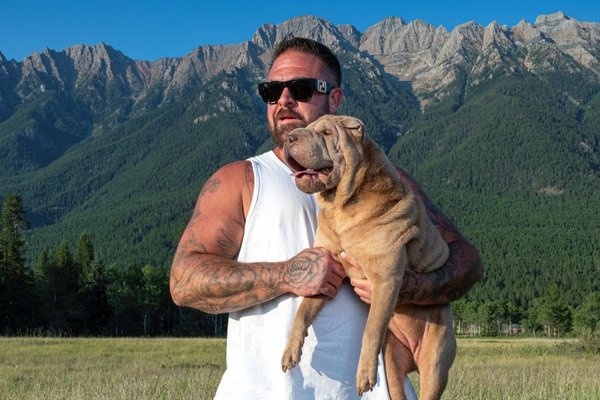 A Man’s Dog Was Stolen. He Found the Thief, and Instead of Calling the Police, He Got Her Into Rehab.

DP: “Brayden Morton heard some rustling and ran out to his deck to see that his beloved dog had just been stolen by someone who was now speeding off in a pickup truck. Morton immediately put the word out about his dog and the tips started flowing in. Finally, he caught the thief. And when he did, it was good news... for both of them.” 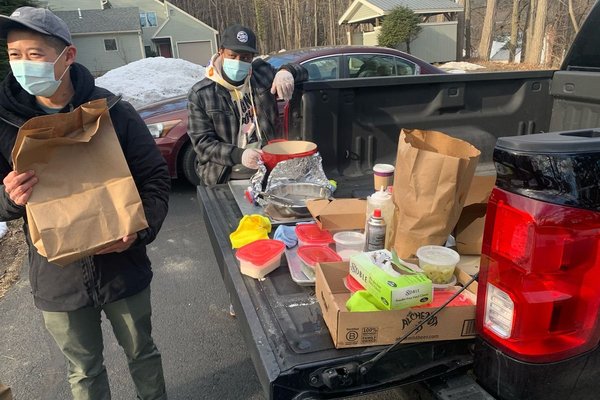 ‘I’m Meant to Be Alive’: How Drew Robinson Is Learning to Live

DP: “‘He knows there are a million questions. Such as: How did he live for nearly an entire day with a giant hole on the right side of his head, and another wound where the bullet exited on the left side, with no medical attention? Few people survive self-inflicted gunshot wounds to the head. Even rarer are those who emerge with clarity, purpose.’ By any measure, San Francisco Giants outfielder Drew Robinson should have died after shooting himself in the head. But somehow, and I’m still not quite sure how, he survived. He lost an eye, but he gained a remarkable perspective on his life and depression. And he set out to return to baseball, not just as a player, but as a mental health advocate.” 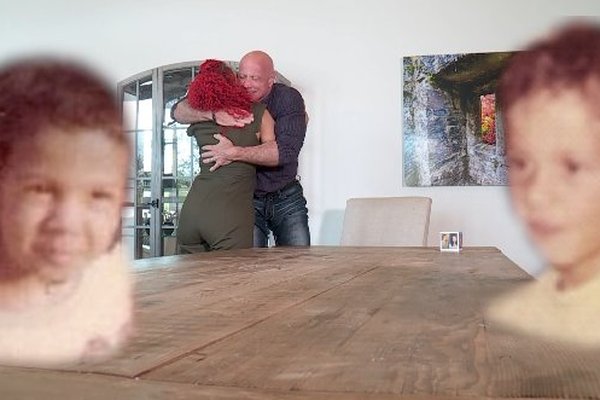 Oklahoma Siblings Separated as Young Children, Find Each Other After 40 Years, Living Just One Mile Apart

DP: “‘I just remember they packed her stuff in a grocery bag, you know the typical paper bag, and I just remember her crying, me crying, they took her out the door.’ That was how Kitt Wakeley described the moment he was separated from his sister as they were sent to different homes in the Oklahoma foster care system. He would spend much of his life trying to find her. For decades, that search didn’t go well. It turned out, he just needed to look a little closer to home.” 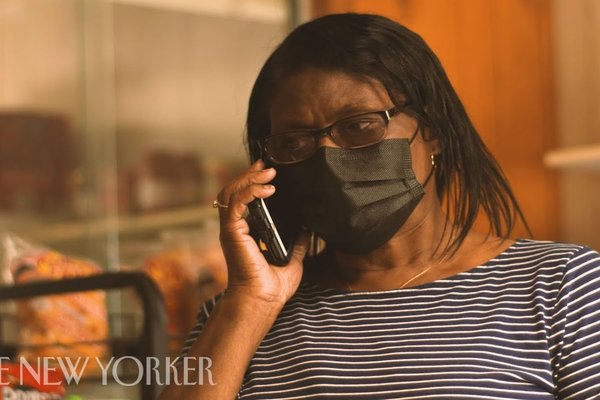 DP: “You’ve probably read a thousand stories about antivax crusaders and people who would prefer to take horse dewormer than get a Covid-19 vaccine. These are the extreme stories and they make for a lot of clicks. But many of those who are vaccine hesitant just need a little push from a trusted local source. That’s where a convenience store owner named Dorothy Oliver comes in. The right person at the right place at the right time can make all the difference - sometimes between life and death.” 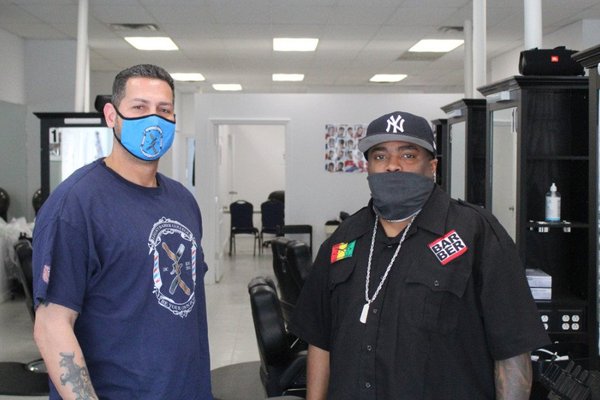 DP: “Juan Rivera was convicted of a crime he didn’t commit. Bobby Mattison was a prison guard who knew Rivera was innocent. So they both started to prepare for the day when this wrong would be righted.” 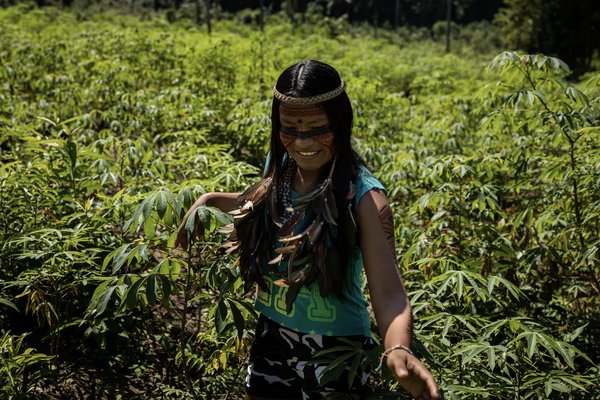 DP: “The internet was supposed to be a network that brought people closer together and allowed us all to learn about different cultures, embrace our differences, and realize that it really is a small world after all. Well, as you may have noticed, things haven’t gone exactly according to plan. But the internet still occasionally does what we meant it to do. For example, when Cunhaporanga Tatuyo went viral.” The Police Officer Took a Bruised Toddler From an Abusive Home. She Took His Heart.

DP: “There are plenty of stories focused on misdeeds of police officers. But there are also plenty of stories of cops and detectives who go far beyond the call of duty to give often horrifying stories a happy ending. This one is definitely worth your time.” 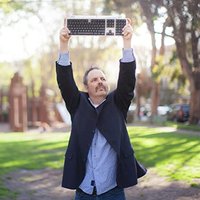 Dave Pell writes NextDraft, a newsletter offering a quick and entertaining look at the day’s most fascinating news. He’s been news-obsessed since he was a child and is known to his readers as the Internet’s Managing Editor, since he visits 75 news sites a day and narrows that deluge down to the day’s top ten news items. More importantly, Dave is the author of Please Scream Inside Your Heart: Breaking News and Nervous Breakdowns in the Year That Wouldn’t End, a real-time ride through the maddening hell that was the 2020 news cycle—when historic turmoil and media mania stretched American sanity, democracy, and toilet paper. From Norman Lear: “I can’t recall a more engaging read.”