Why Your Brain Loves Procrastination

Roughly 5 percent of the population has such a problem with chronic procrastination that it seriously affects their lives. 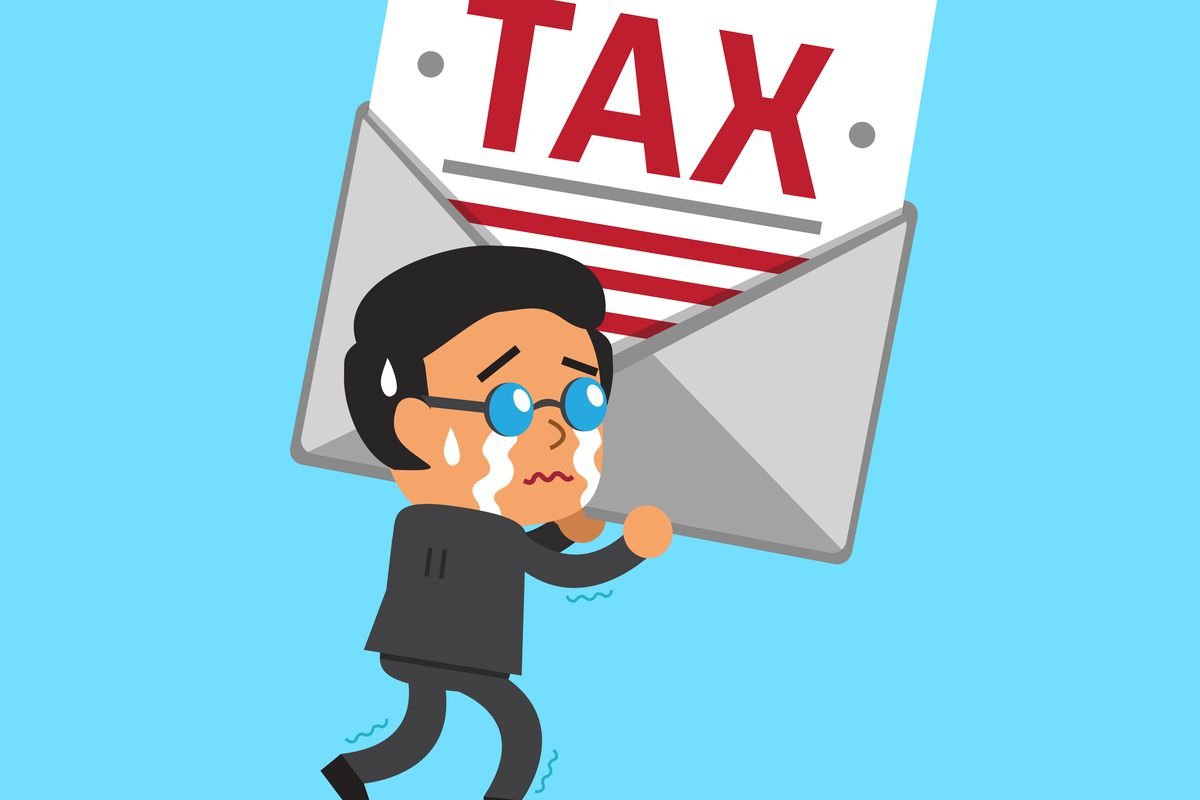 Tax Day is a horror for many procrastinators.

For many people, a little procrastination isn’t harmful — like 15 minutes lost in Facebook or putting off doing the laundry for a few days.

But then there are things like taxes. And all the people who keep meaning to start saving for retirement, but never do. And people with obesity or diabetes who constantly tell themselves, “I’ll start eating right tomorrow” — but never do. For some people, procrastination creates huge problems at work, at school, and at home.

Roughly 5 percent of the population has such a problem with chronic procrastination that it seriously affects their lives.

None of it seems logical. How can people have such good intentions and yet be so totally unable to follow through?

Conventional wisdom has long suggested that procrastination is all about poor time management and willpower. But more recently, psychologists have been discovering that it may have more to do with how our brains and emotions work.

Procrastination, they’ve realized, appears to be a coping mechanism. When people procrastinate, they’re avoiding emotionally unpleasant tasks and instead doing something that provides a temporary mood boost. The procrastination itself then causes shame and guilt — which in turn leads people to procrastinate even further, creating a vicious cycle.

Pychyl, a professor at Carleton University in Ottawa, Canada, has been studying procrastinators for some 19 years. I talked to him about why people procrastinate and how they can learn to stop.

Susannah Locke: What are the biggest misconceptions about procrastination?

Tim Pychyl: When a procrastinator thinks about themselves, they’ll think, “Oh, I have a time management problem,” or, “I just can’t make myself do it. There’s a problem with my willpower.” And when other people think about procrastinators, they use that pejorative term: “They’re lazy.”

But psychologists see procrastination as a misplaced coping mechanism, as an emotion-focused coping strategy. [People who procrastinate are] using avoidance to cope with emotions, and many of them are unconscious emotions. So we see it as giving in to feel good. And it’s related to a lack of self-regulation skills.

I can simplify that and say that psychologists recognize we all have a 6-year-old running the ship. And the 6-year-old is saying, “I don’t want to! I don’t feel like it!”

SL: What are you discovering about how procrastinators’ brains work?

TP: Recently we’ve been doing research that relates to the work on “present self”/“future self” because what’s happening with procrastination is that “present self” is always trumping “future self.”

Hal Hershfield has done some really great research on looking at how we think about “future self.” He’s shown that in experimental settings if someone sees their own picture digitally aged, they’re more likely to allocate funds to retirement. When [the researchers] did the fMRI studies, they found our brain processes present self and future self differently. We think of future self more like a stranger.

My graduate student Eve-Marie Blouin-Hudon just did three studies, and what she looked at is our ability to imagine the future self. She measured people’s self-continuity. You’d see circles representing present self and future self and choose how much to overlap them. Some people see these selves as completely distinct, and some people see them totally overlapping. The people who see the present and future self as more overlapping have more self-continuity and report less procrastination.

She’s doing a study right now using an imagery intervention. So she’s going to have students think of an image of themselves at the end of the term. And the hypothesis is that those students who engage with this imagery of future self will then procrastinate less. We [think] that people will make less procrastinatory choices now because they’ll realize that “It’s me in the future we’re talking about here. I’m going to be under the gun.”

SL: What’s the most surprising thing to you about procrastination?

TP: I think the most surprising thing I’m still grappling with is that for many people, the experience of procrastination doesn’t match the definition that most of us are working with: a voluntary delay of an intended action despite knowing you’re going to be worse off for the delay.

If you speak to people, they’ll tell you that it doesn’t feel voluntary: “I feel like I have no control over it.” For some people, it feels totally involuntary, like they can’t help themselves.

SL: What’s your one biggest tip for stopping procrastination?

Whenever we face a task, we’re not going to feel like doing it. Somehow adults believe that their motivational state has to match the task at hand. We say, “I’m not in the mood.”

Our motivational state rarely matches the task at hand, so we always have to use self-regulation skills to bring our focus to it. So at first it will be, “Okay, I recognize that I don’t feel like it, but I’m just gonna get started.”

SL: What’s the evidence that just beginning a task, even in a very small way, makes it easier to follow through?

Back in the 1990s, I put pagers on students and paged them [eight times a day for five days before an academic deadline]. And when they finally started working on the project, empirically we found that they didn’t see it as as difficult or as stressful as earlier in the week.

So their perceptions of the task changed. There’s lots of reasons to think that that’s what happens to us when we get started.

SL: But what about getting distracted?

TP: [Peter] Gollwitzer and his colleagues for years have shown us that implementation intentions make a huge difference to even deal with things like distractions.

Implementation intentions take the form of “If, then.” “If the phone rings, then I’m not going to answer it.” “If my friends call me to say we’re going out, I’m going to say no.” So you’ve already made this pre-commitment.

You can use implementation intentions to keep yourself focused: “If I’ve finished this part of the article, then I’m going to immediately turn my attention to reading the next part.”

TP: I guess I’m a living case. When I was an undergraduate, I procrastinated a lot. And now that I understand procrastination, I just have no room to wiggle.

I really like my life, and I like to make time for the things that are important to me. [Robert] Pozen, who’s written a book on extreme productivity, has the OHIO rule: only handle it once. And I’m like that with email. I look at that email and say, “I can reply to it now, or I can throw it out,” but there’s not much of a middle ground. I’m not going to save it for a while.

And so if I can deal with it in two minutes — this is David Allen’s work —  I deal with it.

I used to procrastinate, and now I don’t, because I got all these wicked strategies. And it’s every level: some of it’s behavioral, some of it’s emotional, some of it’s cognitive. And now my biggest challenge is how do I teach my kids this? That’s really hard.

This interview has been lightly edited for clarity and condensed for length. It was originally published on December 8, 2014.

Pychyl also hosts a podcast, called iProcrastinate, which often features interviews with other psychology experts in related fields and is also heavy with tips and tricks for overcoming procrastination.