Milton’s Paradise Lost is rarely read today. But this epic poem, at over 350 years old, remains a work of unparalleled imaginative genius that shapes English literature even now.

In more than 10,000 lines of blank verse, it tells the story of the war for heaven and of man’s expulsion from Eden. Its dozen sections are an ambitious attempt to comprehend the loss of paradise – from the perspectives of the fallen angel Satan and of man, fallen from grace. Even to readers in a secular age, the poem is a powerful meditation on rebellion, longing and the desire for redemption.

Despite being born into prosperity, Milton’s worldview was forged by personal and political struggle. A committed republican, he rose to public prominence in the ferment of England’s bloody civil war: two months after the execution of King Charles I in 1649, Milton became a diplomat for the new republic, with the title of Secretary for Foreign Tongues. (He wrote poetry in English, Greek, Latin and Italian, prose in Dutch, German, French and Spanish, and read Hebrew, Aramaic and Syriac).

Milton gained a reputation in Europe for his erudition and rhetorical prowess in defence of England’s radical new regime; at home he came to be regarded as a prolific advocate for the Commonwealth cause. But his deteriorating eyesight limited his diplomatic travels. By 1654, Milton was completely blind. For the final 20 years of his life, he would dictate his poetry, letters and polemical tracts to a series of amanuenses – his daughters, friends and fellow poets. 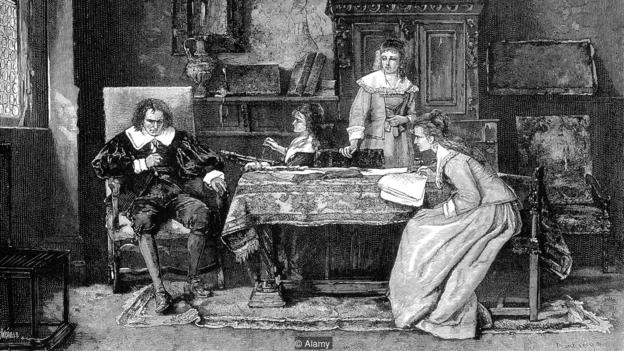 Milton is shown dictating Paradise Lost to his daughters in this engraving after a painting by Michael Munkacsy. Credit: Alamy.

In Paradise Lost, Milton draws on the classical Greek tradition to conjure the spirits of blind prophets. He invokes Homer, author of the first great epics in Western literature, and Tiresias, the oracle of Thebes who sees in his mind’s eye what the physical eye cannot. As the philosopher Descartes wrote during Milton’s lifetime, “it is the soul which sees, and not the eye”. William Blake, the most brilliant interpreter of Milton, later wrote of how “the Eye of Imagination” saw beyond the narrow confines of “Single vision”, creating works that outlasted “mortal vegetated Eyes”.

When Milton began Paradise Lost in 1658, he was in mourning. It was a year of public and private grief, marked by the deaths of his second wife, memorialised in his beautiful Sonnet 23, and of England’s Lord Protector, Oliver Cromwell, which precipitated the gradual disintegration of the republic. Paradise Lost is an attempt to make sense of a fallen world: to “justify the ways of God to men”, and no doubt to Milton himself.

But these biographical aspects should not downplay the centrality of theology to the poem. As the critic Christopher Ricks wrote of Paradise Lost, “Art for art’s sake? Art for God’s sake”. One reason why Milton is read less now is that his religious lexicon – which sought to explain a ‘fallen’ world – itself has fallen from use. Milton the Puritan spent his life engaged in theological disputation on subjects as diverse as toleration, divorce and salvation. 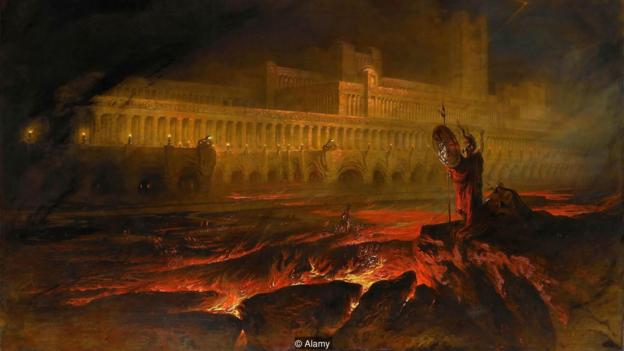 The poem begins with Satan, the “Traitor Angel”, cast into hell after rebelling against his creator, God. Refusing to submit to what he calls “the Tyranny of Heaven”, Satan seeks revenge by tempting into sin God’s precious creation: man. Milton gives a vivid account of “Man’s First Disobedience” before offering a guide to salvation.

Better to reign in Hell, than serve in Heaven – Milton

Ricks notes that Paradise Lost is “a fierce argument about God’s justice” and that Milton’s God has been deemed inflexible and cruel. By contrast, Satan has a dark charisma (“he pleased the ear”) and a revolutionary demand for self-determination. His speech is peppered with the language of democratic governance (“free choice”, “full consent”, “the popular vote”) – and he famously declares, “Better to reign in Hell, than serve in Heaven”. Satan rejects God’s “splendid vassalage”, seeking to live:

Free, and to none accountable, preferring
Hard liberty before the easy yoke
Of servile Pomp.

Nonconformist, anti-establishment writers such as Percy Shelley found a kindred spirit in this depiction of Satan (“Milton’s Devil as a moral being is… far superior to his God”, he wrote). Famously, William Blake, who contested the very idea of the Fall, remarked that “The reason Milton wrote in fetters when he wrote of Angels & God, and at liberty when of Devils & Hell, is because he was a true Poet and of the Devil’s party without knowing it”.

Like Cromwell, Milton believed his mission was to usher in the kingdom of God on earth. While he loathed the concept of the ‘divine right of kings’, Milton was willing to submit himself to God in the belief, in Benjamin Franklin's words, that “Rebellion to Tyrants Is Obedience to God”. 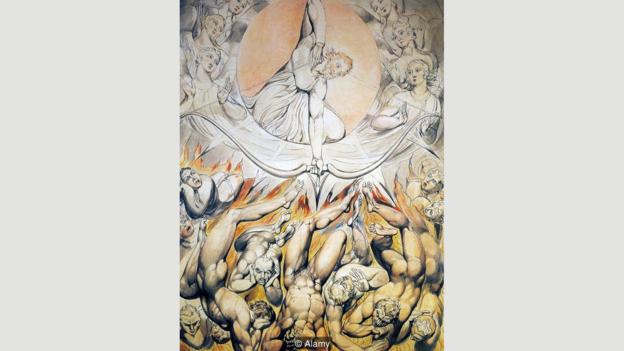 Although discussion of Paradise Lost often is dominated by political and theological arguments, the poem also contains a tender celebration of love. In Milton’s version, Eve surrenders to temptation in part to be closer to Adam, “the more to draw his love”. She wishes for the freedom to err (“What is faith, love, virtue unassayed?”). When she does succumb, Adam chooses to join her: “to lose thee were to lose myself”, he says:

How can I live without you, how forgo
Thy sweet converse and love so dearly joined,
To live again in these wild woods forlorn?
Should God create another Eve, and I
Another rib afford, yet loss of thee
Would never from my heart.

When Paradise Lost was published in London in 1667, Milton had fallen out of favour. Just months before the restoration of the Stuart monarchy in May 1660, he had published a pamphlet denouncing kingship. Now Milton was scorned, his writings were burned, and he was imprisoned in the Tower of London – only narrowly escaping execution after the intercession of a fellow poet, Andrew Marvell.

Yet Paradise Lost gained immediate acclaim even among royalists. The poet laureate John Dryden reworked Milton’s epic, casting Cromwell – a regicide with dictatorial tendencies – in the role of Satan. Samuel Johnson ranked Paradise Lost among the highest “productions of the human mind”.

Romantic writers celebrated Milton both for his stance against censorship (“Give me the liberty to know, to utter, and to argue freely according to conscience”, Milton wrote in the pamphlet Areopagitica), and for his innovative poetic form, which was suggestive, allusive and free from what he called “the troublesome and modern bondage of rhyming”. Paradise Lost inspired Mary Shelley’s Frankenstein, while Wordsworth began his famous sonnet London, 1802 with a plea: “Milton! thou shouldst be living at this hour: England hath need of thee”.

But not all critics were so favourable. The 20th Century brought us the ‘Milton Controversy’, during which his legacy was fiercely contested. His detractors included poets TS Eliot and Ezra Pound (who wrote that “Milton is the worst sort of poison”), while support came from both devout Christians (like CS Lewis) and atheists (including William Empson, for whom “The reason why the poem is so good is that it makes God so bad”). Malcolm X read Paradise Lost in prison, sympathising with Satan, while AE Housman quipped that “malt does more than Milton can / To reconcile God’s ways to man”.

No one, not even Shakespeare, surpasses Milton in his command of the sound, the music, the weight and taste and texture of English words – Philip Pullman

In recent years, Paradise Lost has found new admirers. Milton is “our greatest public poet”, says author Philip Pullman, whose acclaimed trilogy His Dark Materials was inspired by the poem (and takes its title from Book II, line 916). Pullman loves Milton’s audacity – his declaration that he will create “Things unattempted yet in Prose or Rhyme” – and his musicality: “No one, not even Shakespeare, surpasses Milton in his command of the sound, the music, the weight and taste and texture of English words”. Pullman has declared: “I am of the Devil’s party and know it”. 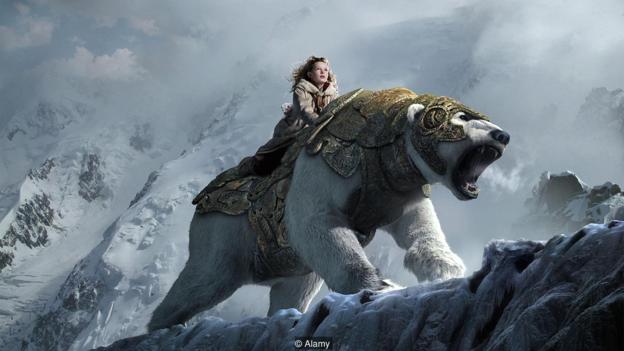 Philip Pullman’s His Dark Materials takes its name from Paradise Lost; the first book in the trilogy, The Golden Compass, was turned into a movie in 2007. Credit: Alamy.

Milton’s enemies regarded his blindness as divine retribution, but his condition enhanced his acute musical sensibility. Pullman is enchanted by the poem’s “incantatory quality”, and implores readers to experience it aurally: “Rolling swells and peels of sound, powerful rhythms and rich harmonies… that very form casts a spell”. Paradise Lost makes an excellent audio book.

It is said that Milton had fevered dreams during the writing of Paradise Lost and would wake with whole passages formulated in his mind. The first time I read the poem, I did so in a single sitting, overnight – like Jacob wrestling with the Angel until morning. Each re-reading brings intoxication, exhilaration and exhaustion, and vindicates Milton’s observation: “The mind is its own place, and in itself / Can make a Heaven of Hell, a Hell of Heaven.”