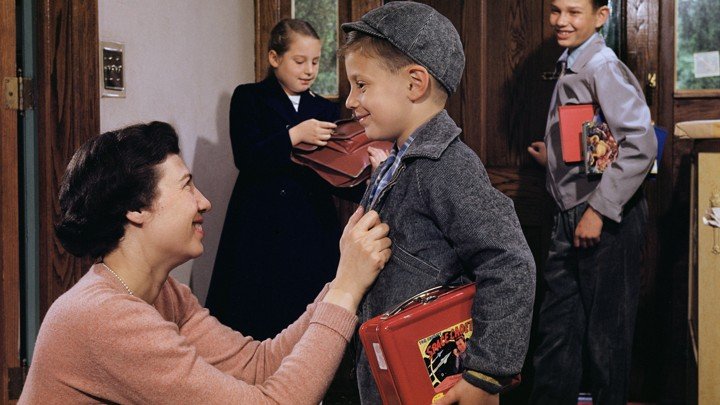 This past March, on a Thursday morning before dawn, more than 70 bleary-eyed parents lined up in front of the Parks and Recreation building in South Windsor, Connecticut. Wrapped in heavy coats and clutching Dunkin’ Donuts cups, many of them slouched against the building’s cement walls, while others, exercising a tad more foresight, lounged in foldable camping chairs. Most had arrived around 3 in the morning. The first in line had been there since 11:30 p.m. the night before.

The scene closely resembled the crowds that gather before the release of a new iPhone or outside the box office for Hamilton tickets, but the reward for waiting wasn’t anywhere near as flashy. The parents had lined up for the chance to register their kids for a before- and after-school program sponsored by the town. The 4th “R,”—a play on the old-fashioned saying “reading, ‘riting, and ‘rithmetic,” with the added “recreation”—serves elementary-school students whose parents’ work schedules don’t align with the school day’s 8:45 a.m. start and 3:20 p.m. finish. And braving the cold to stand in line didn’t even guarantee the parents a spot for their kids—the program had filled up earlier that week, thanks to a rule that prioritized siblings of current attendees. When the office opened its doors and began accepting registration requests at 8 a.m., many of the parents knew they’d endured the line simply to put their child on the wait list.

The 4th “R” has ballooned in size to 350 students from 100 students since it was founded in 2007, but due to space and budget limitations further expansion is no longer an option. In May, South Windsor’s town council established an emergency committee to investigate what to do with the more than 70 children on the waiting list for the town’s lone after-school program.

This problem isn’t unique to South Windsor. Across the country, parents are struggling to balance their busy work routine with their children’s school schedule. Both parents work in half of married-couple families, and 70 percent of them work from 8 a.m. until 5 p.m., a reality that leaves most families to contend with at least a two-hour gap between when school ends and when the workday ends. While mothers were once expected to be full-time caregivers, 75 percent of women with school-age children now work. Yet fewer than half of American public schools offer an after-school program, so families often resort to programs like the one in South Windsor—unless they have the means to shell out thousands of dollars for nannies or other private-child-care options. This mismatch between school and workday, a relic of a bygone era and outdated family norms, has left parents and school districts scrambling to find a solution.

The eight-hour American workday caught on in the early 1900s, after decades of pressure from labor unions urging corporations to do away with exhausting, backbreaking schedules. Yet the American school day never adapted to match parents’ schedules: On average, U.S. students are in school for six and a half hours, five days a week—with a two-month summer break and a smattering of other vacations. We owe that structure largely to 19th-century school reformers, who, seeking a standard school year nationwide, aligned the rural school calendar—which gave students the spring and fall off for harvesting and planting—with the urban one, which dismissed students during the summers so their families could escape cities’ oppressive heat. There’s been some variation over the years: During the first half of the 20th century, for example, schools experimented with summer sessions to accommodate an influx of immigrant children. But most school districts settled into today’s schedule by the 1960s, when only about a third of adult women worked and could be counted on to watch their children when the last bell rang.

Without an after-school program provided by their district, working parents in South Windsor are left to find an alternative on their own. Like many a suburb, South Windsor—a town of 25,000 people just a short drive north of Hartford—has tree-lined cul-de-sacs and large single-family homes that make it a popular place to live: Nearly 100 new students transferred into the 4,300-student school system from other towns during the past school year.

Christine and Erik Wenzel recently moved to South Windsor with their two young children to shorten both of their work commutes. But their workdays, which end at 4 p.m. and 6:30 p.m., respectively, prevent them from being at home when their 5-year-old son, Elliot, arrives home on the bus at 3:30. The 4th “R” program would be a godsend: At roughly $300 a month, it costs half of what they currently pay for in-home day care.

But when Erik arrived at the Parks and Rec department office at 4:30 a.m. that Thursday, there were already 24 parents ahead of him in line, leaving him little chance of landing a spot. After their caregiver retired, the Wenzels spent much of the spring and summer searching for a private nanny, knowing they’d have to pay a competitive wage, given the unusual hours, inconsistent schedule, and number of parents in the town seeking a similar solution. They also paid a few thousand dollars to register Elliot for the 4th “R” morning session—a service they don’t need—to give him priority for the afternoon session the following year.

“For some people we know, their husband works a second shift, or they have family in the area, or a neighbor who’s a stay-at-home mom and sees the kid off the bus,” Christine Wenzel said. “Maybe if we’d lived in our house for a longer period of time we would know someone who could do that for us, but we don’t live near family and we don’t know anyone nearby who can fulfill that role.”

The drama of an overnight line like the one in South Windsor is rare nationwide, but in the past year, parents in Nashville and San Bruno, California, also faced after-school program shortages that resulted in parents camping out in a desperate attempt to find a solution. According to a 2014 report from the Afterschool Alliance, a nonprofit advocacy group, the parents of 19.4 million children said their kids aren’t enrolled in an after-school program because open spots aren’t available, a 27 percent bump from 2004 that is perhaps attributable to the increased number of households with two working parents since the Great Recession.

The economic cost of this problem is tremendous. Private child care is expensive: A report from the Center for American Progress, a left-leaning think tank, found that out-of-pocket child care costs families an average of $6,600 a year. While an after-school program, according to Afterschool Alliance, is a little cheaper—costing families just more than $4,000 a year, on average—it can still be beyond reach for many families: 48 percent of parents in higher-income households reported cost as a factor in the decision to not enroll children in an after-school program. When parents can’t afford child care, many of them choose to scale back their work or leave the workforce entirely. And in some cases, without a better alternative, they leave their children unsupervised: 3 percent of elementary-school students and 19 percent of middle-school students look after themselves from 3 to 6 p.m. during the school week. On the whole, conflicting school and work schedules cost the U.S. economy $55 billion in lost productivity each year, in large part due to parents (mostly women) who scale back employment and the lost productivity when parents have to take off work during school closures.

“We often think about this as a problem every family faces, and it just happens over and over again in this systemic way: The mother cuts back on her hours for when school is closed,” said Catherine Brown, an education-policy researcher at the Center for American Progress. “Why do we have a wage gap? Partially it’s because of this, I believe.”

Reorienting the school day to align it with the realities of the working parent isn’t unprecedented: During World War II, for example, schools introduced extended days to help mothers who had been unexpectedly drawn into the workforce. And 3,700 schools—4 percent of all public schools—have opted for a year-round calendar that helps, at the very least, address the child-care problems posed by months of summer vacation.

But several barriers exist to making this happen uniformly—most significantly, the cost. Extending the traditional six-and-a-half-hour school day to match the eight-hour workday would add more than a current school day’s worth of time to a teacher’s work week. Even a decade after the recession, some schools are still operating with a “poverty mentality,” Brown said. “They don’t have enough money to pay for teacher salaries, but one of the ways they can reward teachers is with all of this time off and professional-development opportunities.” By 2016, 1,500 schools across the country had adopted “extended learning time,” lengthening the school day by up to 90 minutes. While these schools have reported improved academic achievement, they have struggled to financially sustain the hours permanently without additional tax funding or grant money.

To Brown, an optimal solution would relieve some of the burden from the school itself. “Schools could partner with the community, and programs could come in and take some chunk of the day,” she said. Instead of strictly defined before-, during-, and after-school time, Brown imagines a more fluid model in which peer-to-peer learning, longer lunch and break periods, field trips, community partners, and staggered teacher start times contribute to a longer, happier school day for everyone.

At the end of July, South Windsor town officials outlined a temporary solution that approaches some of what Brown envisions: Two local houses of worship offered their facilities as sites for an after-school program run by the local YMCA. For now, that’s taken some of the pressure off of parents, including the Wenzels, who have secured their son a spot in the 4th “R” after the new program led to some reshuffling.

But the short-term fix still doesn’t get at the root of the problem: the school schedule. So, for the foreseeable future, Christine Wenzel will continue to skip her lunch break so she can rush back to South Windsor and pick up Elliott from the after-school program before it closes for the day.

Kara Voght is a writer based in Washington, D.C. Her work has appeared in Mother Jones, Nieman Storyboard, and Politico.