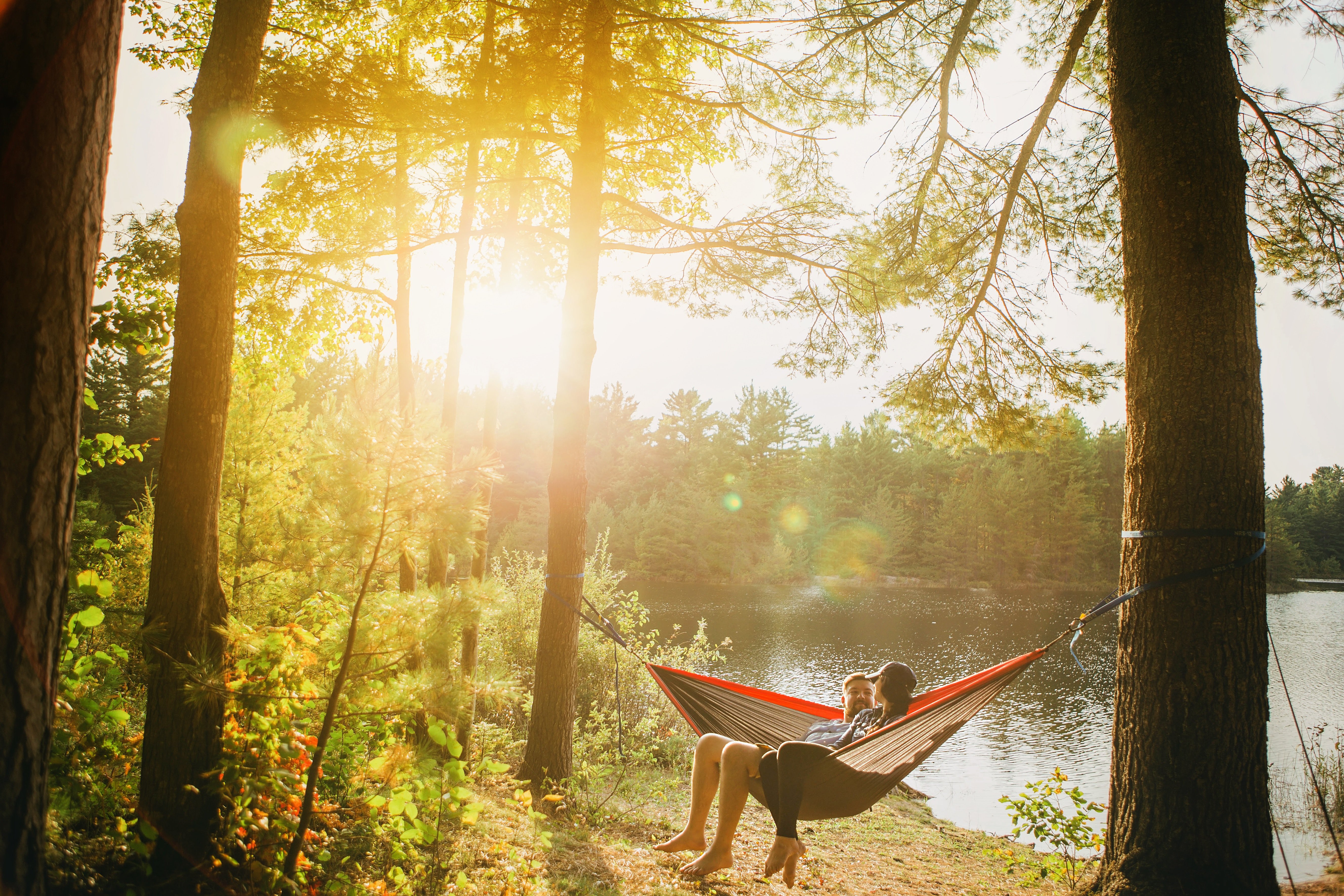 I was a weird kid, and so my childhood weekends were often a bit weird, because our weekends reveal us as we really are. I liked to read in strange places: the stairs of the local church, or by the bins in the lane. I once spent a Saturday writing a musical based on a Blondie album, and a Sunday conscripting my grumpy friends into performing. I went to the movies and read my handwritten reviews of Ghostbusters and The Outsiders into a tape recorder, doling out star ratings. My parents were loving and around, but faintly, until Sunday dinner in the dining room. The weekends were open, rambling, and alight with possibility.

When my own son, then aged 12, started asking on Sunday nights, “Was that a weekend? Are you kidding?” I knew what he meant. In my family of four, weekends had become as gridlocked as weekdays. My husband and I were shuttling the kids to sports and playdates, cleaning and fixing our old, broken house, doing the washing – in short, tackling all the tasks neglected during the time-crunched week of a two-career household. And in between, we were scheduling pockets of work. What my son was mourning wasn’t the end of a great weekend, but the fact that those two days hadn’t seemed like a weekend at all; they were barely distinguishable from the five days before it.

How did my son end up as unfamiliar with the concept of the weekend as the Dowager Countess in Downton Abbey? The weekend was an early-20th-century victory of organised labour. It is no coincidence that with the weakening of unions and worker protections, the weekend has faded.

The number of people working more than 48 hours a week rose by 15% between 2010 and 2015, according to the TUC, a trend tagged “Burnout Britain”. The shape of that work has changed, too, with one in 10 people in precarious work (self-employed and on temporary contracts). A week that is a patchwork of multiple gigs makes two days off rare as hen’s teeth.

The other culprit is the thing in your hand that you may be reading this on. Technology binds us to work, and we move through our weekends as if on call, checking email and asserting our loyalty – and importance – by engaging with work. No one wants to look less than totally available in fragile economic times.

Then there is our own culpability: we did it. We killed the weekend. We stuffed it with activities that leave us wasted and unfulfilled, prone to the Sunday-night blues. Weekends that are filled with consumption and diversion aren’t edifying or rejuvenating, yet shopping for pleasure and watching TV are two of the most popular weekend pastimes. The urge to consume triggers the need to work, a trap that the economist Juliet Schor calls the “work-and-spend” cycle. With shops no longer closed on Sundays, shopping becomes a recreational activity, but not the kind that makes us feel better. “The loneliness loop” is the theory that materialism makes people lonely, and loneliness makes people shop. We know that connection and human contact bring happiness, not acquisition and status. Yet if the weekend doesn’t exist, neither does the time to forge face-to-face connections or participate in our communities.

Of course, we shop because it’s fun. Shopping has been shown to release dopamine, a hit of instant gratification. This is “passive leisure”, and if we are lucky enough to get time off at the weekend, because we are stressed and overworked, we may be inclined to veg out and binge-watch box sets or tuck into the football marathon, decompressing mindlessly. These impulses sometimes deserve indulging, but the satisfactions are often fleeting.

The sociologist Robert Stebbins identifies “serious leisure” activities as the most fulfilling: pursuits that require regular refinement of skills learned in earnest. Hobbies are declining, but a hobby is exactly the kind of activity that adds value to the weekend. Stamp collectors and basement inventors may not be cool, but they know the benefits of becoming fully immersed in an activity and losing track of time – that rejuvenating “flow” state.

A hobby is an activity undertaken purely for its own sake, but technology attempts to monetise it. A friend used to make beautiful earrings occasionally. Almost ritualistically, she would buy the beads, and carefully craft the small, coloured jewels in a quiet workspace. Then came Etsy. Now she makes beautiful earrings and sells them, ships them and manages this business along with a full-time job and a family. What was leisure became labour. The side hustle is a weekend thief, but in a time of stagnant incomes, many must choose income over time.

Even though she is exhausted and a little miserable, my friend is praised for her hard work. The Protestant mindset has a firm grip in the culture: live to work, not work to live. We get competitive about our busyness (“I stayed until 9pm!” “I stayed until 10pm!”) because it makes us look wanted and worthy – supply and demand. It is hard to shake the ingrained value that time must be utilitarian and occupied, which is why taking two days off can seem suspect, or a bit like failure.

This more-faster-better mode slips into our family lives, too. Many parents feel pressured to cultivate the perfect weekend as part of an overall effort to engineer the perfect childhood. So our children spend their weekends being lugged from enriching course to high-level sport to a scheduled 90-minute visit with other toddlers while the parents limply hang about the edges of the room. Such problems are a privilege, of course, but it can be hard to resist the madness. How can we not register Charlotte for Mandarin when everyone else is doing it? The fear of falling behind is a powerful force working against leisure. But reclaiming unoccupied time at the weekend may be the most successful parenting strategy of all. In boredom and spontaneity, our kids figure out who they are. Unstructured play brings creativity and joy, while overscheduled kids become anxious young adults.

But cutting Mandarin is only one piece in the project to reclaim the weekend; government and industry need to step up. A government review is underway to make recommendations about the rights of independent contractors. In 2016, France passed “right to disconnect” legislation, obliging companies with more than 50 employees to negotiate with employees about their rights to turn off their smartphones after hours. This is humane and smart: countries with a culture of shorter hours are more productive. After about 40 hours, the quality of the output suffers, and workers are prone to mistakes. Protecting the weekend is good governance and good business.

Since my son’s bemoaning of the weekend, our family has become better at declaring certain weekend days “off”. If I need to work, I try to put a clock on it – a few hours, no more – so it doesn’t drift, consuming those two precious days. We do some shopping and cleaning in the week, or – better – declare a perfect home impossible and live with mess. We try to turn off the devices, and visit the people we love.

We don’t always succeed. I still fall into a Twitter hole, or a kid’s football tournament takes over. Protecting the weekend requires vigilance. The goal is that every weekend includes at least a little unoccupied time, devoid of economic compulsion, to see what might happen. In childhood, those open weekends allowed me to stumble towards myself. Later, the kid with the tape recorder became a film critic, and a writer. My weekends revealed who I was, just as our crunched, chaotic ones tell us more about who we are than we might like to know.

Photo by Esther Tuttle on Unsplash

• The Weekend Effect: The Life-Changing Benefits of Taking Two Days Off by Katrina Onstad is published by Piatkus, bookshop.theguardian.com