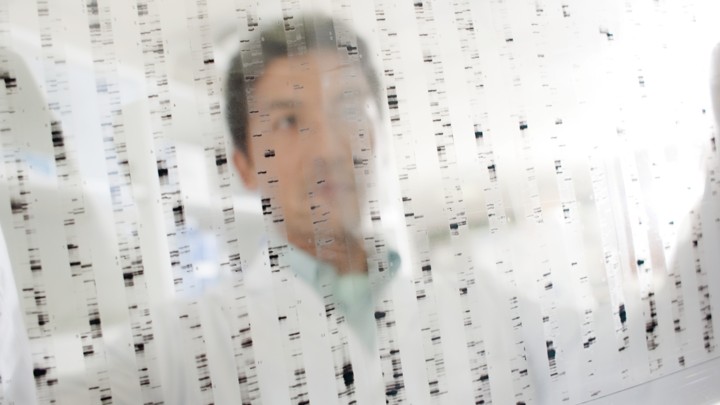 In 1999, a group of scientists scoured the genomes of around 150 pairs of siblings in an attempt to find genes that are involved in autism. They came up empty. They reasoned that this was because the risk of autism is not governed by a small number of powerful genes, which their study would have uncovered. Instead, it’s likely affected by a large number of genes that each have a small effect. Perhaps, they wrote, there might be 15 such genes or more.

Two decades later, that figure seems absurdly and naively low. If you told a modern geneticist that a complex trait—whether a physical characteristic like height or weight, or the risk of a disease like cancer or schizophrenia—was the work of just 15 genes, they’d probably laugh. It’s now thought that such traits are the work of thousands of genetic variants, working in concert. The vast majority of them have only tiny effects, but together, they can dramatically shape our bodies and our health. They’re weak individually, but powerful en masse.

They note that researchers often assume that those thousands of weakly-acting genetic variants will all cluster together in relevant genes. For example, you might expect that height-associated variants will affect genes that control the growth of bones. Similarly, schizophrenia-associated variants might affect genes that are involved in the nervous system. “There’s been this notion that for every gene that’s involved in a trait, there’d be a story connecting that gene to the trait,” says Pritchard. And he thinks that’s only partly true.

Yes, he says, there will be “core genes” that follow this pattern. They will affect traits in ways that make biological sense. But genes don’t work in isolation. They influence each other in large networks, so that “if a variant changes any one gene, it could change an entire gene network,” says Boyle. He believes that these networks are so thoroughly interconnected that every gene is just a few degrees of separation away from every other. Which means that changes in basically any gene will ripple inwards to affect the core genes for a particular trait.

The Stanford trio call this the “omnigenic model.” In the simplest terms, they’re saying that most genes matter for most things.

More specifically, it means that all the genes that are switched on in a particular type of cell—say, a neuron or a heart muscle cell—are probably involved in almost every complex trait that involves those cells. So, for example, nearly every gene that’s switched on in neurons would play some role in defining a person’s intelligence, or risk of dementia, or propensity to learn. Some of these roles may be starring parts. Others might be mere cameos. But few genes would be left out of the production altogether.

This might explain why the search for genetic variants behind complex traits has been so arduous. For example, a giant study called… er… GIANT looked at the genomes of 250,000 people and identified 700 variants that affect our height. As predicted, each has a tiny effect, raising a person’s stature by just a millimeter. And collectively, they explain just 16 percent of the variation in heights that you see in people of European ancestry. That’s not very much, especially when scientists estimate that some 80 percent of all human height variation can be explained by genetic factors. Where’s that missing fraction?

Pritchard’s team re-analyzed the GIANT data and calculated that there are probably more than 100,000 variants that affect our height, and most of these shift it by just a seventh of a millimeter. They’re so minuscule in their effects that it’s hard to tell them apart from statistical noise, which is why geneticists typically ignore them. And yet, Pritchard’s team noted that many of these weak signals cropped up consistently across different studies, which suggests that they are real results. And since these variants are spread evenly across the entire genome, they implicate a “substantial fraction of all genes,” Pritchard says.

The team found more evidence for their omnigenic model by analyzing other large genetic studies of rheumatoid arthritis, schizophrenia, and Crohn’s disease. Many of the variants identified by these studies seem relevant to the disease in question. For example, some of the schizophrenia variants affect genes involved in the nervous system. But mostly, the variants affect genes that don’t make for compelling stories, and that do pretty generic things. According to the omnigenic model, they’re only contributing to the risk of disease in incidental ways, by rippling across to the more relevant core genes. “It’s the only model I can come up with that make all the data fit,” Pritchard says.

“Pritchard’s a very perceptive investigator, who looks beyond what most people do,” says Aravinda Chakravarti, a geneticist at Johns Hopkins Medicine. “Do I believe this all correct? No, but it’s very compelling. It’s a serious hypothesis that we’ve got to prove or disprove.”

If Pritchard is right, it has big implications for genetics as a field. Geneticists are running ever-bigger and more expensive searches to identify the variants behind all kinds of traits and diseases, in the specific hope that their results will tell them something biologically interesting. They could show us more about how our bodies develop, for example, or point to new approaches for treating disease. But if Pritchard is right, then most variants will not provide such leads because they exert their influence in incidental ways.

Put it this way: The Atlantic is produced by all of us who work here, but our lives are also affected by all the people we encounter—friends, roommates, partners, taxi drivers, passers-by etc. If you listed everyone who influences what happens at The Atlantic, even in small ways, all of those peripheral people would show up on the list. But almost none of them would tell you much about how we do journalism. They're important, but also not actually that relevant. Pritchard thinks the same is true for our genes. And if that’s the case, he says, “it’s not clear to me that increasing your study size is going to help very much.”

The alternative, he says, is to map the networks of genes that operate within different cells. Once we know those, we’ll be better placed to understand the results from the forthcoming mega-studies. “It is a really hard problem,” says Boyle. “Historically, even understanding the role of one gene in one disease has been considered a major success. Now we have to somehow understand how combinations of seemingly hundreds or thousands of genes work together in very complicated ways. It’s beyond our current ability.”

There are, however, projects that are trying to do exactly that. “I’m very excited about trying to understand whether these network ideas are correct,” says Pritchard. “I think it’s telling us something profound about how our cells work.”