What Ecstasy Does to Octopuses

Despite their wacky brains, these intelligent animals seem to respond to the drug in a very similar way to humans. 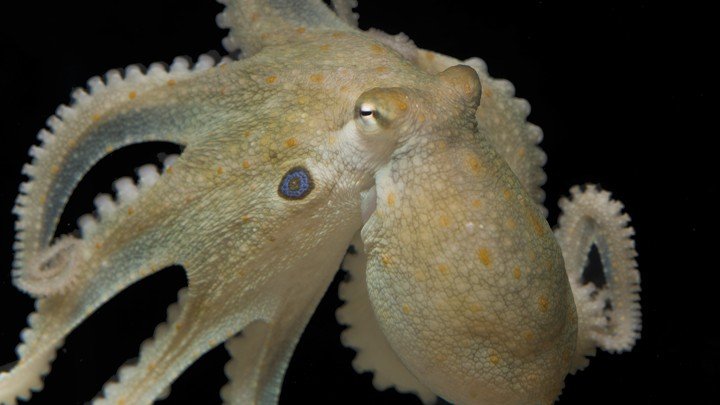 When Gül Dölen first gave ecstasy to octopuses, she didn’t know what to expect.

Dölen is a neuroscientist at the Johns Hopkins School of Medicine who studies how the cells and chemicals in animal brains influence animals’ social lives. Ecstasy, also known as MDMA, interests her because it’s known to make people feel more sociable, more interested in others, and less defensive. The same effects also occur in rats and mice—the animals that Dölen usually studies.

But octopuses are very different creatures. They’re clearly intelligent and their behavior is undoubtedly sophisticated, but their brains have a completely different architecture than those of mammals—for one thing, they’re shaped like donuts. “It’s organized much more like a snail’s brain than ours,” Dölen says. With such a dissimilar anatomy, she wondered whether these animals would respond to drugs in unpredictable ways. And to find out, she needed a way of assessing how sociable an octopus is.

She and her colleague Eric Edsinger put five Californian two-spot octopuses individually into the middle of three connected chambers and gave them free rein to explore. One of the adjacent chambers housed a second octopus, confined inside an overturned plastic basket. The other contained an unfamiliar object, such as a plastic flower or a Chewbacca figurine. Dölen and Edsinger measured how long the main animal spent in the company of its peer, and how long with the random toy.

This is exactly the kind of setup that neuroscientists use to test social behavior in mice, but Dölen had no idea whether it would work with octopuses. “It might be that they are so smart that the kind of task we’d use for a mouse would be boring to them,” she says. “Maybe they’d take one lap around the chambers and stop.” Fortunately, that wasn’t the case. The free-moving individuals thoroughly explored the chambers, and from their movements, Dölen realized that individuals of any sex gravitate toward females, but avoid males.

Next, she dosed the animals with ecstasy. Again, there’s no precedent for this, but researchers often anesthetize octopuses by dunking them in ethanol—a humane procedure with no lasting side effects. So Dölen and Edsinger submerged their octopuses in an MDMA solution, allowing them to absorb the drug through their gills. At first they used too high a dose, and the animals “freaked out and did all these color changes,” Dölen says. But once the team found a more suitable dose, the animals behaved more calmly—and more sociably.

With ecstasy in their system, the five octopuses spent far more time in the company of the same trapped male they once shunned. Even without a stopwatch, the change was obvious. Before the drug, they explored the chamber with the other octopus very tentatively. “They mashed themselves against one wall, very slowly extended one arm, touched the [other animal], and went back to the other side,” Dölen says. “But when they had MDMA, they had this very relaxed posture. They floated around, they wrapped their arms around the chamber, and they interacted with the other octopus in a much more fluid and generous way. They even exposed their [underside], where their mouth is, which is not something octopuses usually do.”

But most octopuses, with some exceptions, are solitary hermits, and Jennifer Mather from the University of Lethbridge isn’t convinced that ecstasy is making them sociable. Instead, the drug might just mess with their ability to detect the chemical cues of potential mates. “There’s no proof that it is anything more than attraction,” she says.

Harriet de Wit from the University of Chicago, who has studied ecstasy’s effects on animals, has other concerns. “It’s an innovative and exciting study,” she says, but it’s unfortunate that the duo always tested the octopuses first after a dunk in normal salt water and then after an ecstasy bath. In pharmacology studies, scientists normally mix up the order in which animals receive the drug and the saline control. Without that counterbalancing, it’s hard to say why the octopuses were behaving differently the second time around: Was it because of the ecstasy, or simply because they had become familiar with the arena, the plastic toy, or the other octopus?

Dölen admits that the study is just a pilot, and one with a very small sample size. “We would obviously want other people to try and repeat it in a much larger group of animals,” she says. “But we wanted to publish it, because there really aren’t established protocols for delivering drugs to octopuses or doing social tests with them.” She hopes that her findings will encourage more neuroscientists to study these beguiling animals.

She’s not the first to make such a call, either. In 1964, the English zoologist J. Z. Young wrote a book called A Model of the Brain, in which he encouraged scientists to study the brains of a wide variety of species, octopuses included. “We could say the octopus brain is totally different to a human one, but we need this synapse or this neurotransmitter,” Dölen says. “We could write down a list of these minimal building blocks of complex behavior.” And that’s what she and Edsinger have started doing.

They knew that ecstasy works by causing neurons to release serotonin, a signaling chemical that affects our mood. The drug does that by sticking to a protein called the serotonin transporter, or SERT, which neurons normally use to suck up the chemical. Ecstasy’s presence reverses that flow, creating a massive, mood-altering dump of serotonin.

Octopuses have their own version of SERT, and Dölen and Edsinger showed that it’s just a 50 percent match to ours. Despite these differences, the specific bit of the protein that sticks to ecstasy is almost identical in both species, which is why the drug affects both. “We weren’t expecting it to have quite so much overlap,” Dölen says.

“Octopuses really are the best example we have on Earth of a second intelligence,” says Robyn Crook, a neuroscientist from San Francisco State University. We last shared a common ancestor with them around 800 million years ago, and their brains have evolved independently from ours. And yet Dölen’s study showed that our brains have a few extreme similarities, from the molecular level to the behavioral one. It strengthens the idea, Crook says, that “there are only so many ways to make an intelligent brain.”