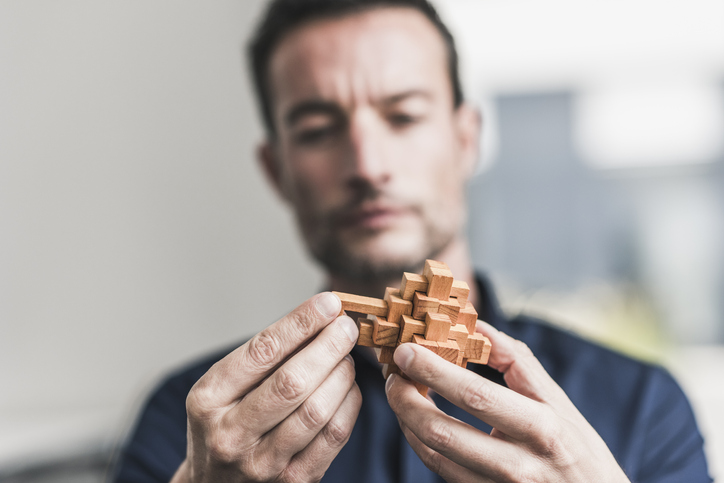 A friend of mine spends 20 to 30 minutes a day solving Sudoku puzzles. He says it improves his speed of mental processing and makes him, well, smarter.

Yet even though there are ways to “create” your own luck, you can’t control luck.

But you can control, to some degree, how smart you are.

While there are a number of different forms of intelligence, let’s focus on two. Crystallized intelligence is accumulated knowledge: facts, figures. Think “educated.”

Of course we all know people who are “book smart” but not necessarily smart smart. That’s where fluid intelligence comes into play: The ability to learn and retain new information and then use it to solve a problem, to learn a new skill, to recall existing memories and modify them with new knowledge. Think “applied intelligence.”

Becoming more educated is, while not easy, certainly simple.

But do they make you smarter? Do they improve fluid intelligence?

Both are signs of an increase in neural connections and learned expertise. In simple terms, their brains bulked up and got smarter.

Unfortunately, no matter how much work it took to learn new information or gain new skills, “easy” doesn’t help improve fluid intelligence. Once knowledge or skill is in your pocket, you certainly benefit from the increase in crystallized intelligence.

But your fluid intelligence soon returns to a more baseline level.

It only makes him better at solving Sudoku puzzles.

Once you achieve a level of comfort, your brain no longer has to work as hard, and all that new mental muscle gained starts to atrophy.

So what can you do?

Easy: Once you’ve mastered a new game, a new process, a new skill, a new anything--move on to something new.

At work. At home. Anywhere. Just keep challenging yourself.

Not only will you pocket a constant flow of new information and skill, your brain will stay “bulked up” and forging new neural connections, making it easier to keep learning and growing.

And then there’s this: The more you know, the more you can leverage the power of associative learning--the process of relating something new to something you already know.

Not in a Pavlov’s dog kind of way, but by learning the relationship between seemingly unrelated things. In simple terms, whenever you say, “Oh, that makes sense: This is basically like that,” you’re using associative learning.

The more you learn, the more likely you will be able to associate “old” knowledge to new things. Which means you only have to learn differences or nuances. And you’ll be able to apply greater context, which also helps with memory storage and retrieval, to the new information you learn.

All of which makes learning even easier, which research shows will result in your being able to learn even more quickly--and retain a lot more.

So if you like brain training games, master one and then move on to another. And another.

Better yet, keep pushing yourself to learn new things about your business, your customers, your industry, etc.

Where win-wins are concerned, that’s a tough one to beat.