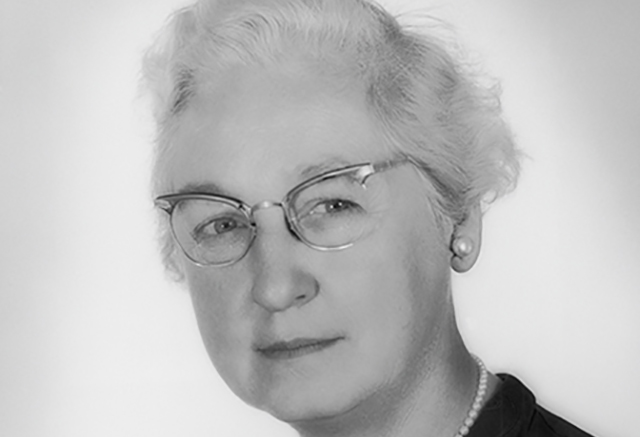 How important is Dr. Virginia Apgar to the modern practice of obstetrics? Here is the way the National Library of Medicine’s website puts it: “[E]very baby born in a modern hospital anywhere in the world is looked at first through the eyes of Dr. Virginia Apgar.”

To determine an Apgar Score, a nurse, midwife, or physician examines the baby for five criteria—skin color, heart rate, reflexes, muscle tone, and breathing—at both one minute and five minutes after birth (and sometimes in further follow-up tests). Each criterion is given zero, one, or two points. A score over seven is considered normal. A score below three is seriously low. Babies often have lower scores at one minute after birth, but by five minutes have perked up and score in the normal range.

Because a common mnemonic for the criteria uses the letters APGAR (appearance, pulse, grimace, activity, and respiration) to create a “backronym,” or retrofitted acronym, many people do not realize Apgar is an eponym—named after a person. Apgar herself was often amused when people were surprised to find she was a real individual.

But in person, Virginia Apgar was hard to forget. She was a pioneer in several fields of medicine, helping to establish anesthesiology as a medical specialty, working to study and improve obstetrical anesthesia, and advancing the study of birth defects. She helped organize and administer the first Division of Anesthesia at Columbia University College of Physicians & Surgeons, her alma mater, and became the first woman to be a full professor there.

As a teacher of medicine, Apgar was known for her uninhibited sense of humor and could talk about anything without embarrassment. Because her own tailbone was at an odd angle, she would have medical students feel for it to help them learn how to administer spinal anesthetics. She always traveled with a resuscitation kit that included a penknife and an endotracheal tube (a plastic tube inserted into the windpipe to ventilate the lungs). "Nobody, but nobody, is going to stop breathing on me!" she reportedly declared.

In the late 1950s, after Apgar had already made a name for herself with her work in anesthesiology and the creation of the Apgar score, she turned her attention to the study and prevention of birth defects. She was asked to join what was then the National Foundation for Infantile Paralysis-March of Dimes (now simply the March of Dimes), which started researching and advocating for those with birth defects after it met its original goal of creating a vaccine against polio. As a director and later vice president at the March of Dimes, Apgar championed research that showed how factors such as infectious diseases, radiation exposure, substance abuse, and chemical exposure could cause birth defects. In her years with the organization, she also traveled the country speaking and calling attention to the issue of birth defects.

Outside of medicine, Apgar was a gardener, fly fisherman, and took flying lessons. Throughout her life, she was an excellent amateur violinist who often played in chamber ensembles. She even learned to make stringed instruments, including violins, a viola, and a cello.

In fact, her work as an amateur luthier even led her to a short career as a thief. In 1957, a musician friend noticed that a maple shelf in a phone booth at Columbia-Presbyterian Medical Center would make an excellent back for a viola. The friend and Apgar set out to take the shelf at night and replace it with another piece of wood, which they managed to stain to just the right color. But the piece they brought was slightly too long, and needed to be shortened. While her friend went into a nearby ladies’ room to do the sawing, Apgar guarded the door. The piece became the back of Apgar’s viola, and was one of four instruments she handcrafted that were played by pediatricians at a 1994 ceremony to honor a commemorative U.S. stamp with Apgar’s image. (The instruments were later donated to Columbia, where they can still be rented.)

Virginia Apgar died of liver disease at the age of 65 in 1974, but her name lives on around the world—even though many don’t know it—in the life-saving score she designed for infants.

Valerie DeBenedette is a freelance writer who lives in New York State with a small tan dog and a big red cat. She most often writes about health and medicine and knits quite frequently.