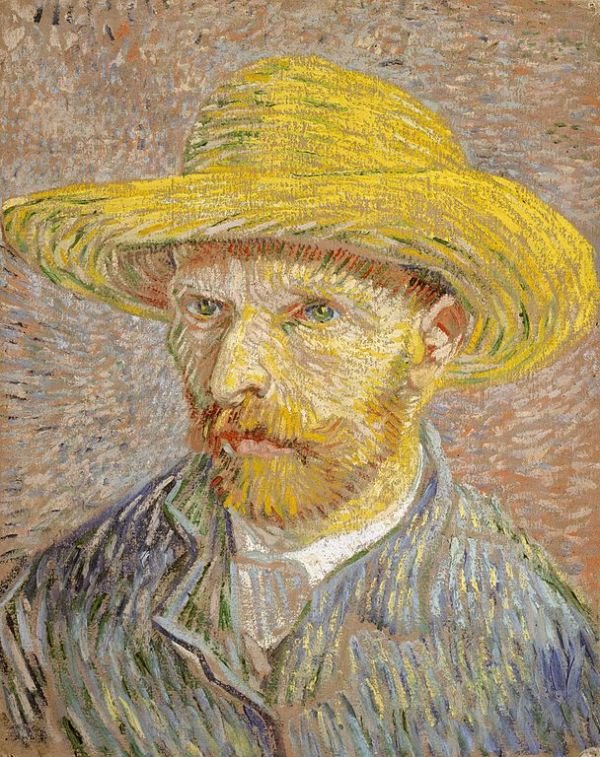 During our conversation at the Boston Book Festival, the wise and wonderful Amanda Palmer spoke about the harrowing experience of watching her best friend die and reflected: “Everyone in this room is going to be gone pretty quickly — and we will have either made something or not made something. The artists that inspire me are the ones that I look at and go, ‘Oh my god — you didn’t have to go there. It would’v been safer not to — but, for whatever reason, you did.’ And every time death happens, I’m reminded that it’s stupid to be safe… Usually, whatever that is — wherever you don’t want to go, whatever that risk is, wherever the unsafe place is — that really is the gift that you have to give.”

As the words poured out of Amanda’s mouth, I saw a kindred hand reach across space and time to catch them. A century and a half earlier, Vincent van Gogh (March 30, 1853–July 29, 1890) had articulated the same sentiment in a beautiful letter to his brother Theo, found in Ever Yours: The Essential Letters (public library) — the same treasure trove that gave us the beloved artist on talking vs. doing and the story of how he found his purpose.

In a particularly impassioned letter to Theo from October 2, 1884, Van Gogh writes:

If one wants to be active, one mustn’t be afraid to do something wrong sometimes, not afraid to lapse into some mistakes. To be good — many people think that they’ll achieve it by doing no harm — and that’s a lie… That leads to stagnation, to mediocrity. Just slap something on it when you see a blank canvas staring at you with a sort of imbecility.

You don’t know how paralyzing it is, that stare from a blank canvas that says to the painter you can’t do anything. The canvas has an idiotic stare, and mesmerizes some painters so that they turn into idiots themselves.

Many painters are afraid of the blank canvas, but the blank canvas IS AFRAID of the truly passionate painter who dares — and who has once broken the spell of “you can’t.”

Life itself likewise always turns towards one an infinitely meaningless, discouraging, dispiriting blank side on which there is nothing, any more than on a blank canvas.

But however meaningless and vain, however dead life appears, the man of faith, of energy, of warmth, and who knows something, doesn’t let himself be fobbed off like that. He steps in and does something, and hangs on to that, in short, breaks, “violates”…

Ever Yours is an infinitely enlivening read in its totality. Complement it with Van Gogh on art and the power of love, depression, and his little-known sketchbooks, then revisit the great social science writer John W. Gardner on what children can teach us about taking risks.