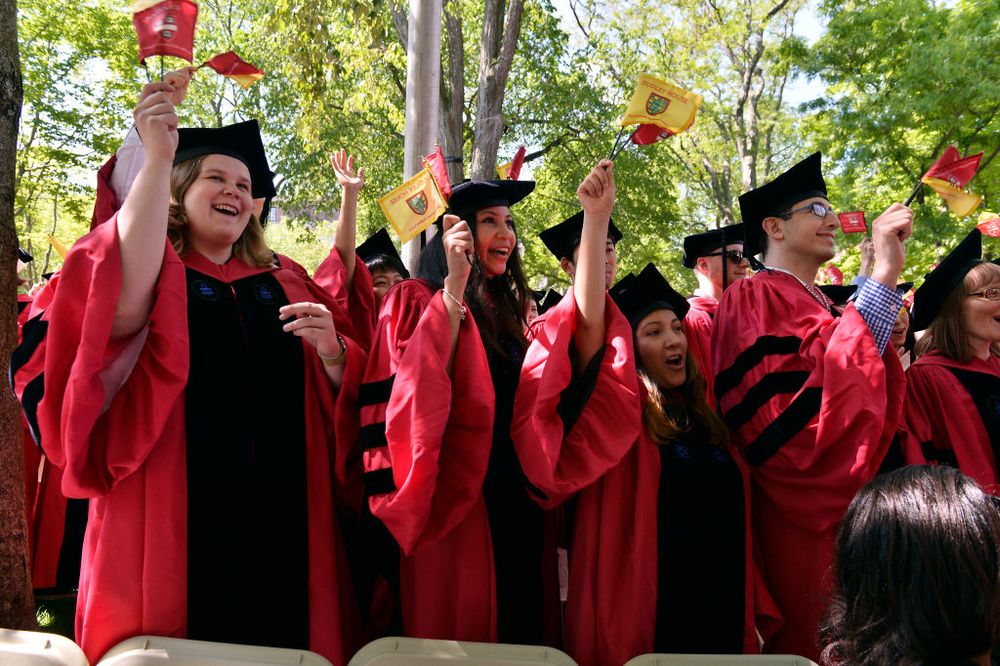 There are other options. Photo by Paul Marotta/Getty Images North America.

A high-profile court case about meritocracy and college admissions has captured much attention. A group called Students for Fair Admissions alleges that Harvard University uses highly subjective personality ratings to penalize Asian applicants. The former tend to outperform white applicants on every measure except for so-called personality, but the number of Asian-American students at Harvard has fallen relative to the Asian-American population, while the number for white students has risen, during the last 25 years. Defenders of the policy, meanwhile, said that the personality ratings are necessary to account for the different challenges students face growing up.

While the case is sensational because of the allegations of racism, fundamentally it’s about a deeper question. Does meritocracy still make sense as a guiding principle for the modern American economic system?

The notion that college admissions should be based on objective standards of individual achievement — grades, test scores and performance in extracurricular activities — is predicated on the idea that it’s good for society to identify and funnel educational resources to its brightest, most capable people.

But showering smart kids with educational resources isn’t an end in and of itself. Education is costly to society. Where’s the benefit? The idea of meritocracy is that education both identifies and cultivates the future working elite — after the smart kids get good educations, they will go on to occupy the social roles where their talents are most needed, whether in business, academia or government. But if that link is broken — if the best and brightest are wasted after they graduate — then educational meritocracy was for naught.

The U.S. economy still does make use of meritocracy, as indicated by the fact that college graduates get paid higher wages. But there are troubling signs that talent is being squandered in large amounts.

For example, many graduates from elite schools end up working on Wall Street. In 2007, half of Harvard seniors took jobs in finance or consulting. That share fell after the financial crisis, but in 2018 it was still more than a third. It isn’t just Harvard, either — big banks draw large percentages of their workforces from top schools, both public and private. 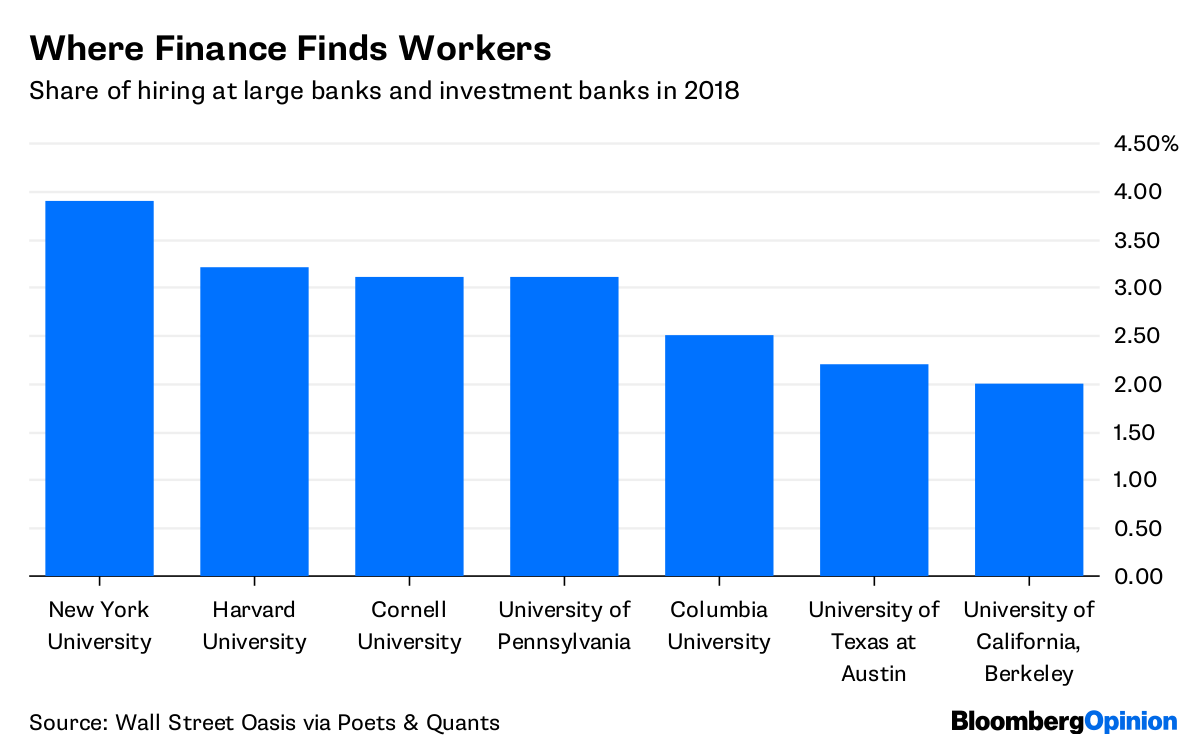 Some of those workers will be producing real value. But since the 2008 crisis, there has been a growing sentiment that much of what the finance industry does involves siphoning value — which economists call “rents” — from the rest of the economy. Economists such as Thomas Philippon argue that the industry has gotten less efficient. There are many reasons for this — implicit government guarantees propping up unproductive banks, trading activity that wastes resources, and excessive money management fees.

The upshot is that many of the country’s best and brightest are either exerting their talents trying to beat each other out in a zero-sum trading game, or exploiting legal and behavioral loopholes to part investors from their money. The Dodd-Frank financial reforms probably helped the situation a bit, but those reforms are even now being eroded.

Top American talent is also probably being wasted by the increasing concentration of U.S. industry: 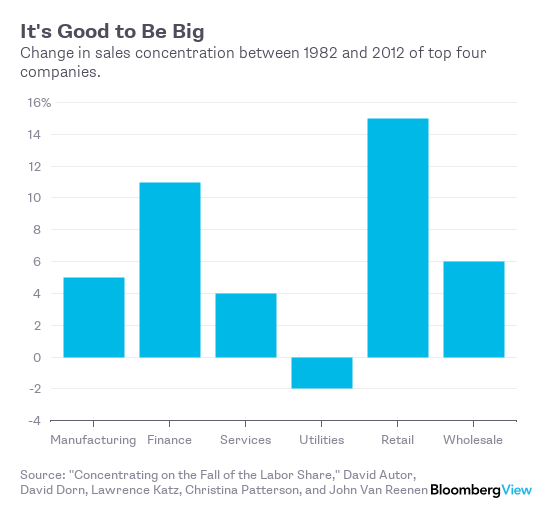 Since the turn of the century, a large productivity gap has opened up between leading companies and the rest. Research indicates that a few elite companies in each industry are becoming superstars, using their talent and intellectual property to muscle out the rest. The advent of the internet, which gives companies a wider marketing reach, may be contributing to the trend.

Industrial concentration is worrying for a number of reasons. It suppresses wages for workers, raises prices for consumers and reduces overall economic output. This means that the most gifted Americans, working for superstar companies, are increasingly using their talents to deepen and entrench an inefficient economic system, by figuring out more effective ways to kill off competition.

Meanwhile, many potentially important positions are being starved of the talent they deserve. In countries such as Japan, many top graduates traditionally entered the bureaucracy, though less so in recent years. In Finland, which has one of the world’s best education systems, teaching is a highly prized profession. But in the U.S., talented individuals have little incentive to go into government. Low salaries and low prestige are causing young Americans to flee the federal workforce, leaving the civil service starved for talent. Inefficient and ineffective government is the inevitable result. Meanwhile, salaries for American teachers continue to stagnate, which can’t be helping the country’s flagging education system.

This all adds up to a picture of a broken American meritocracy. The U.S. does a great job of finding the ablest students and giving them a top-notch education, but it then employs many of these capable, well-trained individuals in low-value or even counterproductive roles. The civil service and the educational system sink slowly into inefficiency as skilled people flee for the higher salaries of the finance industry and monopolistic companies.

Thus, making the university system a little more meritocratic is mostly a sideshow. The real threat to American meritocracy comes from poor incentives in the working world. Fixing those incentives should be a top priority.