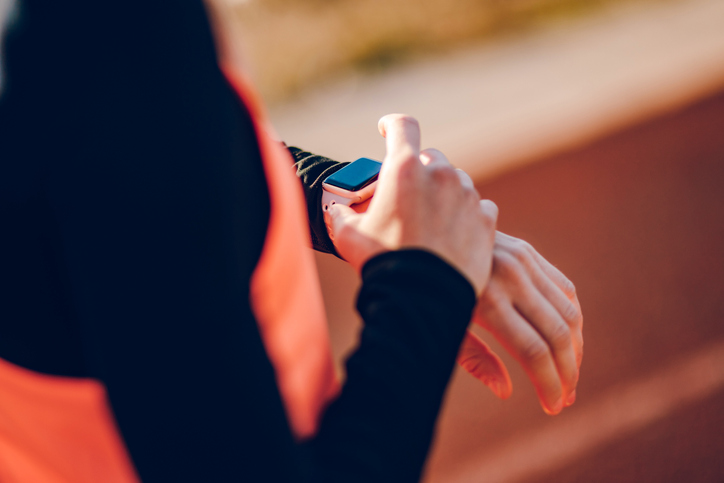 It seemed mundane at the beginning. On Monday, April 20, 2015, I opened a new spreadsheet on my laptop. I put the days of the week along the top. I put half hour blocks, from 5 a.m. to 4:30 a.m. along the left side. I began recording what I was doing on this time log: work, sleep, drive to train station, make kids breakfast.

I kept this up for the next week–168 hours–and archived the log. I opened a new one and kept tracking.

I then continued doing this for the next three years.

I certainly didn’t plan to record more than 1,100 straight days when I began this new habit, but the payoff, compared with the time invested (about three minutes per day) was so large that I saw no reason to stop. Tracking my time has changed how I think about my time. Indeed, knowing exactly where my hours go has helped me, in some moments, feel like I can slow time’s ceaseless ticking.

To be sure, I wasn’t inefficient before. I work; my husband and I are raising four children. I didn’t think I was going to find vast swaths of hours I didn’t know existed.

But my time logs showed me that even in a full life there can still be space. Knowing where the time goes allows you to redeploy time from the mundane to the meaningful, and from the forgettable to the memorable.

I saw this in particular with reading. While I love to read, I had been telling myself that reading wasn’t a huge priority during such a “busy” phase of my life. When I started logging my time, my youngest child was just three months old. Everyone knows working moms don’t have time to read, right?

Except I did read. I read 327 hours that first year, which is almost an hour a day. Unfortunately, I was using that time unintentionally, reading whatever was easiest–usually gossip and fashion magazines that showed up due to the magic of auto-renewal, and a shocking number of online comment sections. Once I knew this time existed, I vowed to use it more mindfully. I began going to the library, and ordering e-books I could read on my phone in little spurts of time. The result is that since I started tracking time, I have read War and Peace. And Moby Dick. And Ulysses. And Kristin Lavransdatter. And 1Q84. And so forth. Knowing I have the time to read like a graduate student is liberating.

I also realized I spent a lot of time in the car. Since I mostly work out of a home office and don’t have a regular commute, I wasn’t building “time in the car” into my mental model of life. But it was time, and much of it was spent listening to whatever was on the radio. So, as with my reading time, I became more intentional. I delved into the world of podcasts (even starting my own with a friend) and began to listen to music more intentionally. I might spend a week listening to all of an artist’s albums, learning to detect themes.

I’d recommend time tracking to anyone prone to parental guilt. I could see that, even with work and travel, I was spending copious quantities of time with my children. Working 40 hours a week, and sleeping about 52 (my rough average), leaves 76 hours for other things. I saw that I did have time to scale up my own personal interests. I joined a choir. I nudged up my running frequency from four times a week to seven.

Broadly, though, the most important outcome from time tracking has been a sense of abundance. I have always known I have a good, full life. Now I see the evidence, hour after hour. I see stressful times, such as the week before I wrote this when I was on planes three times, with multiple delays, ending up at the wrong Hilton somewhere in Ohio. But I can see that in the same 168 hours, I took the kids to an amusement park. I saw Renoirs and Matisses at the Barnes Foundation in Philadelphia. I ate at one of my favorite restaurants with my husband. I sat on the porch multiple nights watching the sunset.

Without the time logs, I might be tempted only to remember the flight delays. I might tell myself I was rushed and harried. But with the time logs recording those sunsets, I simply cannot claim that I have no time.

This sense of time’s abundance costs a mere three minutes per day. I can’t think of a better investment.

Laura Vanderkam is the author of several time management and productivity books, including I Know How She Does It: How Successful Women Make the Most of Their Time (Portfolio, June 9, 2015), What the Most Successful People Do Before Breakfast (Portfolio, 2013), 168 Hours: You Have More Time Than You Think (Portfolio, 2010), and her new book, Off the Clock: Feel Less Busy While Getting More Done. She blogs at www.lauravanderkam.com.