These Skulls Look Purple and Orange. They Are Both Red.

The pigments morph because of the Munker-White illusion. 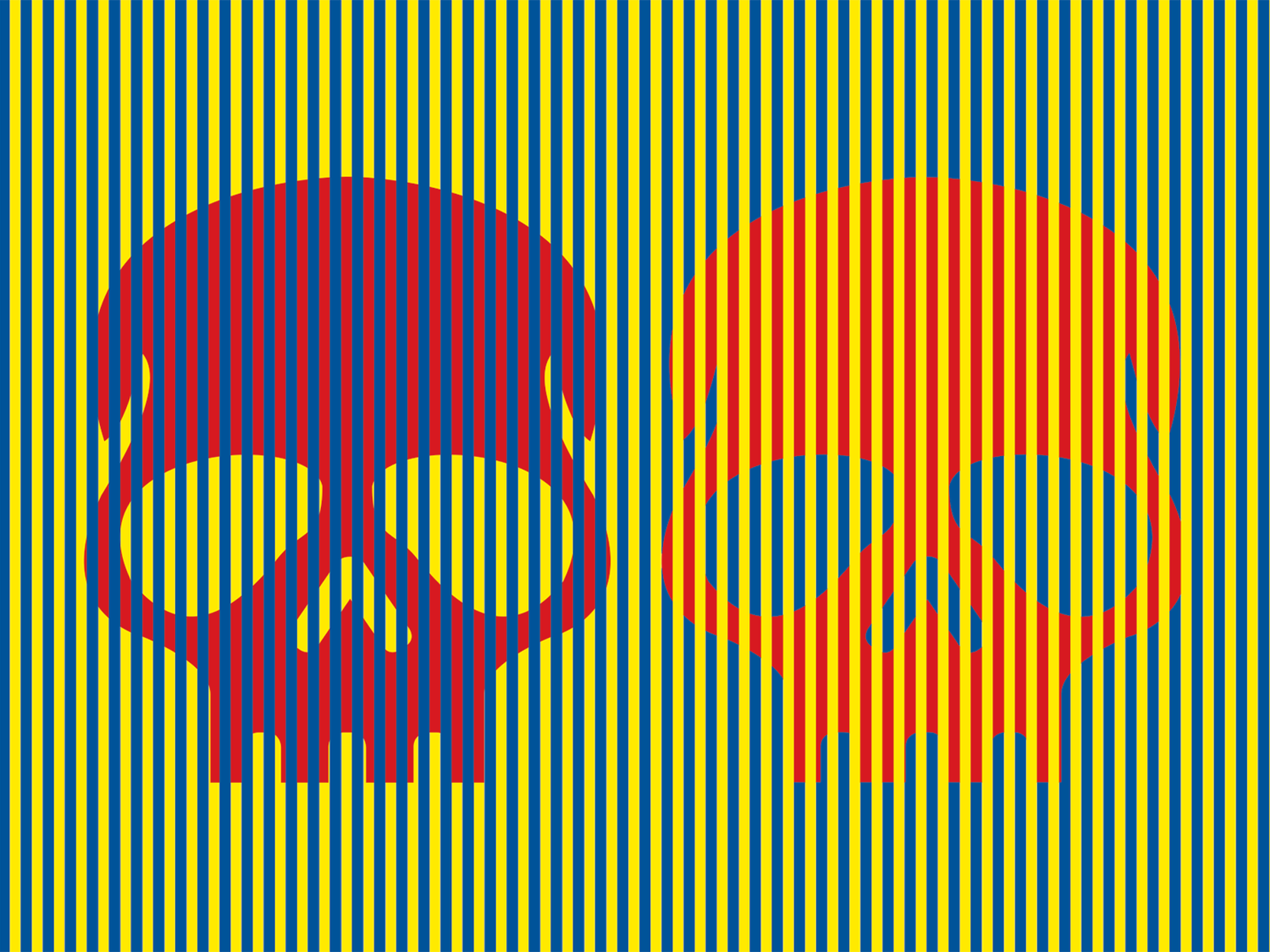 I see your true colors. Image by Hubert Tereszkiewicz.

If a sign tells you To follow the purple skull to your destination, the answer seems simple: Veer left. But isolate the stripes that make up the skulls, and you’ll find neither skull has purple bones; in fact, all the bones are the same color. Slot them back into the banded setting, and they shift to purple and orange.

The pigments morph because of the ­Munker-​White illusion, which shifts the perception of two identical color tones when they’re placed against different surrounding hues. No one knows for sure, but the illusion probably results from what David Novick, a computer scientist at the University of Texas at El Paso, calls the color-completion effect. The phenomenon causes an image to skew toward the color of the objects that surround it. In a black-and-white image, a gray element would appear lighter when it’s striped with white, and darker when banded with black.

Many neuroscientists think that neural ­signals in charge of relaying information about the pigments in our visual field get averaged—creating a color somewhere in the middle. Here, one skull is covered by blue stripes in the foreground and the other with yellow ones. When the original skulls take on the characteristics of the separate surroundings, they look like different colors entirely. Don’t be fooled: Follow both skulls by going straight.