Near the small town of Point Arena, about three hours north of San Francisco, there’s a new kind of memorial ground being built. It’s not for the 450 folks who call the town home today; it will allow people to spread their loved ones’ ashes in the roots of a tree that will stand among the towering redwood forests. The goal of these new “spreading forests,” as they are called by Sandy Gibson, founder of Better Place Forests, the company that is building them, is to replace the bleak environment associated with death with the peaceful experience of a hike in the woods.

In 2015, Gibson’s company Better Place Forests hired Fletcher Studio to design their first spreading forest in Mendocino County. Tasked with designing something without precedent, principal landscape architect David Fletcher, 50, approached the design like he does most projects now: by using video-game development software.

Fletcher’s preference for designing in a game engine, as the software is called, was cultivated two years ago when he worked on “The Witness,” an “open world” role-playing video game. Created by critically acclaimed independent developer Jonathan Blow and his company Thekla, players in “The Witness” wake up alone on a deserted island, then have to solve a series of puzzles using clues coming from patterns in the terrain, plants and abandoned buildings. Finishing the game can take up to about 80 hours. 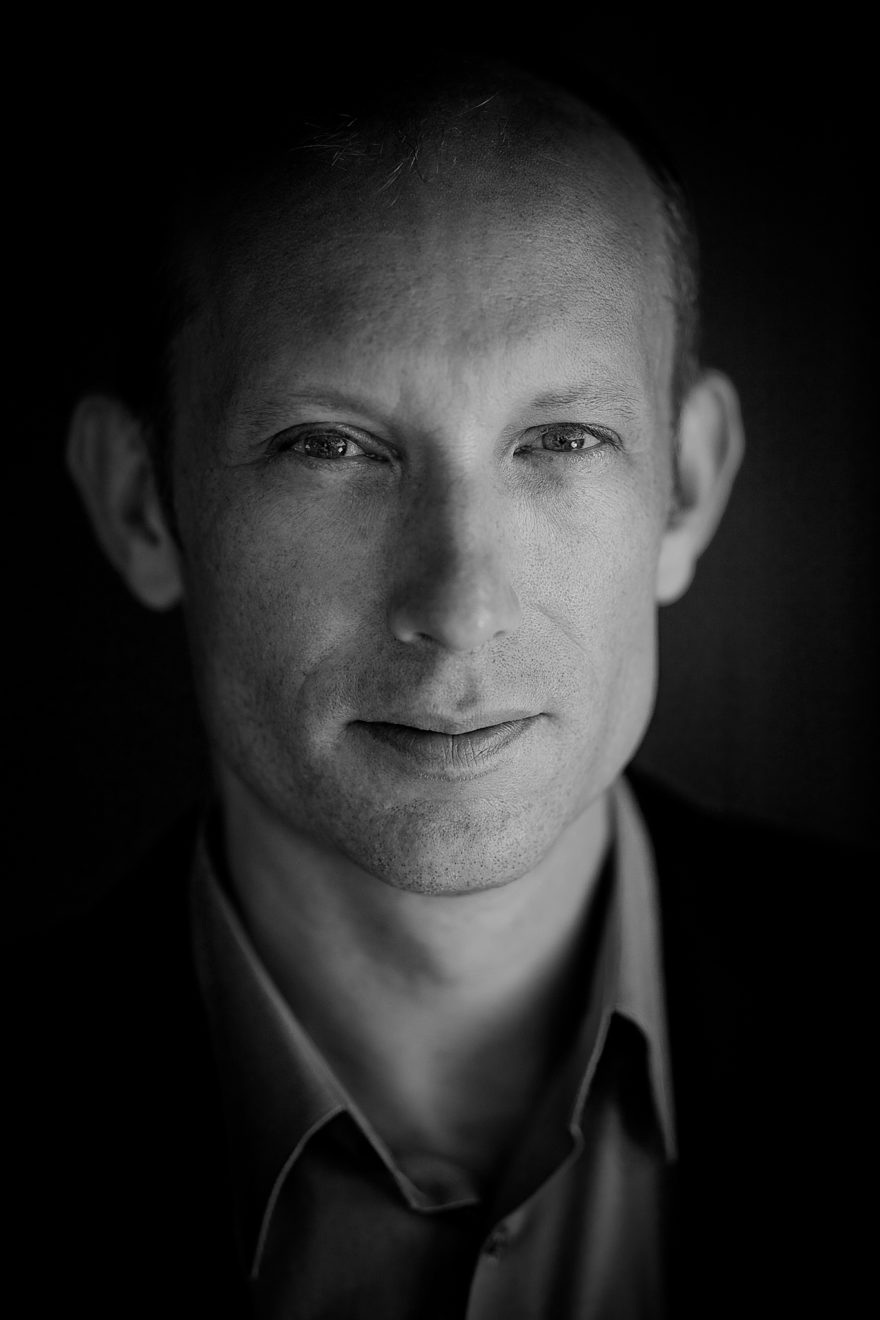 The opportunity to design the landscape for “The Witness” was a dream come true for Fletcher, who’s played video games since childhood. He recalls his first time seeing the island “in the matrix,” the 3-D modeling software Thekla used to build the island and test their puzzles over the course of seven years. It was a “green blob” with a few puzzle prototypes. It was an unusual starting point for a video game, he thought, because designers are typically given a premise for a game, which inherently has clues and references from which they can begin their design. The starting point could be as vague as, “You’re in post-apocalyptic New York and there are zombies,” Fletcher offers as an example. “You can imagine exactly what that’s going to look like.” But, with “The Witness,” there was no starting point.

Instead, Fletcher had to reverse-engineer the past to create an island where its present-day environment would give players enough clues to piece together what happened. It was an infinitely harder task and the reason its developer, Blow, decided to hire architects like Fletcher.

“A non-architect can look at a photo reference and do something like that, but they’re not going to know how it’s constructed or how it might erode over time,” Blow says.

Fletcher and the team researched hundreds of smaller islands and finally found a possible reference in the volcanic Azores off the coast of Portugal. With long histories of human culture on the Azores, Fletcher and his team could make informed decisions about which sides of the island would get the most wind and sunlight, which determined what plants would grow or not. 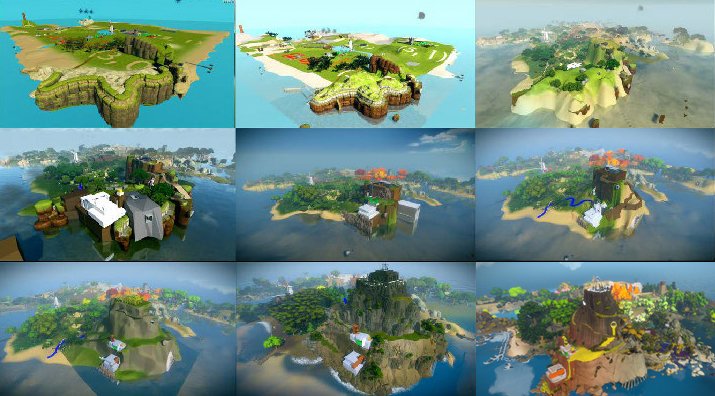 The video game “The Witness” takes place on this island, which was designed over the course of several years by a team of architects, including David Fletcher. This graphic shows how the island was altered after Fletcher and his team began working with developers .

Making a digital collage of images using Google Earth, the team pasted together some basic materials: granite, limestone and sandstone. As soon as their concept got approval, they began digitally building 3-D models. From that point on, all designing happened in the 3-D environment of the matrix.

After the architects modeled the landscapes and buildings, they would “park” them in the matrix’s ocean. Thekla’s team would then integrate the architect’s virtual structures onto the island. If you were to log into the game engine, you could see it happening in real time.

For Fletcher, the ability to walk through a 3-D model at any point changed his approach to designing. Hearing the sound effects of waves crashing or tree branches rustling in a gentle wind, Fletcher could roam through the 18 distinct zones of the island and experience them as a player would. Walking through the orchard with trees so green it might have just rained or over the rolling dunes of the desert, he could see what details they missed and fill them in.

The result is accurate sightlines from a high rock or a low valley; the sounds of birds chirping or running water timed to begin as a player gets close to a new set of puzzles; and the captivating glow of forests with vibrant auburn, magenta and scarlet leaves drawing an awestruck player towards them. Every turn reveals something new. “We wanted somebody to get pleasure and be blown away by the island just by visiting it,” Fletcher says.

While still working on “The Witness,” Fletcher began renovating of San Francisco’s dilapidated South Park – the oldest park in the city. While doing the project, he reached out to an architect designing structural elements for “The Witness,” Digo Lima and his firm studioANOMALOUS, to help him transfer the South Park project into a game engine. It was a test run to see if designing landscape in the matrix could work beyond video game projects. It did.

The architects were able to experience the park from their office computers by walking through their virtual designs and judging from the ground whether they worked or not.

Fletcher made a rare choice, but how rare is hard to say; neither video game companies nor professional organizations like the American Institute of Architects keep records of how many architects have similar experiences to Fletcher. But there’s at least one other, an ocean away: 21-year-old James Delaney.

For years, the redheaded British university student has been creating cities using Minecraft, one of the best-selling games in the world. The premise of the game is to build structures and items in different formats of play: users can battle monsters, other players or natural disasters while building, or access unlimited resources and the ability to fly while they build. Delaney preferred the latter; he just wanted to create.

“For me, Minecraft isn’t really a game,” he says. “It’s more of a design tool.” Similar to the blank slate Fletcher faced as he began designing “The Witness,” Minecraft gives players a blank slate every time they decide to build something new, which works for Delaney, who has always loved building things. His first medium was Lego, but, after Minecraft came out when he was 13, he started creating digital structures. “This seemed like the natural progression for me,” he said. 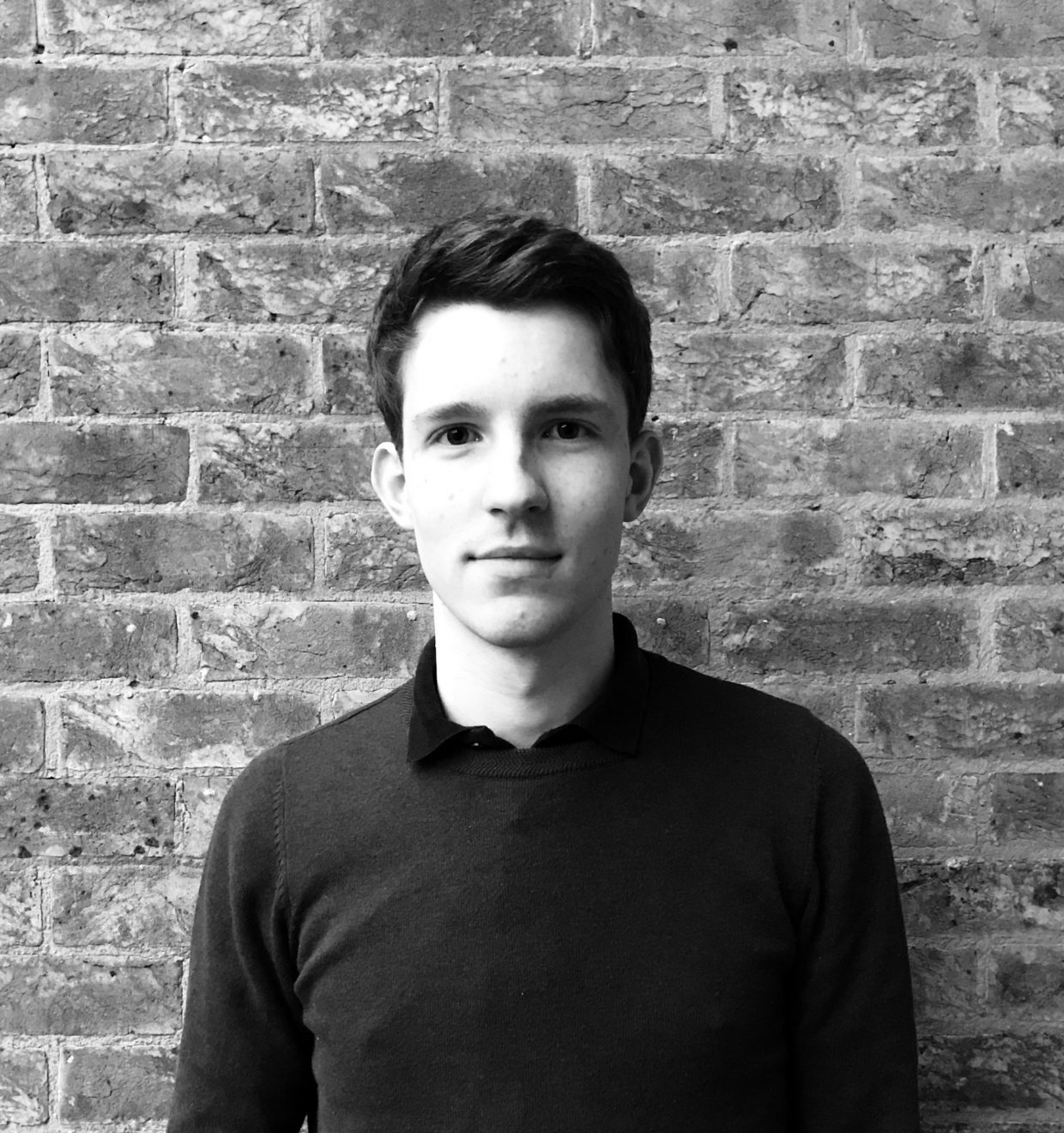 He joined a Minecraft server where the host transmits enough data to all members so that they can play the game together. Delaney describes it as a “creative community,” where he was building alongside other people logging in from all over the world. He eventually became a team manager, overseeing a work force of avatars – some of whom became good friends and, later, colleagues. As a manager, he started to see how people could make money off their Minecraft creations and thought, with a group of people who could build in various styles and themes, he could have a business. In 2013, with three friends, Delaney, then 17, founded his own server called Blockworks.

Blockworks started out making Minecraft YouTube videos, a popular sub-genre, where the video flies you through a world built in the game. Next, they started making maps of different worlds and cities that other players paid them to create. At first, they were making $200 or $300 for each map.

By 2015, Delaney was in charge of his own design firm and big commissions were starting to roll in. For the Museum of London, they built a digital model of 16th-century London right before the Great Fire of 1666 ripped through the city. They reconstructed famous landmarks such as St. Paul’s Cathedral along with thousands of Londoners’ homes that would later burn down. The dark beams and grimy white walls of the cottages most people lived in were carefully built to maintain historical accuracy and reflect the correct placement of streets cutting through the city. Blockworks made their maps available for download so people could experience London before and after the blaze from wherever they were.

A trailer for Blockworks’ “Great Fire of 1666” project.

Their other clients now include Disney, Warner Bros. and Microsoft. Blockworks now earns enough to pay for several full-time salaries.

At 21, Delaney is an architecture student at Cambridge University and still manages Blockworks at nights and on weekends. He still holds the same dream as most aspiring architects: seeing something you designed built in the real world. “That’s one of the main attractions of the subject,” he says.

In the summer of 2017, Delaney got the closest he’s ever come to constructing a building. He travelled to Surabaya, the second largest city in Indonesia, to run a workshop for Block by Block, a charity founded in 2016 by Minecraft’s owners and UN-Habitat. The charity’s goal is to create public space in impoverished or underserved communities around the world.

Delaney’s task was to help the participants learn how to use Minecraft to build what they wanted to see on a long strip of abandoned land in their bustling city. It was boiling hot; the air conditioner was barely running, and Delaney realized his monolingual instructions were not helping participants learn a video game they had no experience playing.

Luckily, a few participants had an idea; they began to sketch out what they were talking about for Delaney, first on paper, then, after a few hours, in Minecraft. They could understand each other if they just communicated through the game, so the language of Minecraft became the lingua franca of the room.

Over the course of three days, Delaney watched as a new park took shape according to what participants wanted and needed. A pavilion shaped with the characteristic pitched roof of a traditional Javanese hut, used for community gatherings and as a resting spot, was one of the main buildings they constructed. Delaney admired its design and knew that, without these residents’ involvement, it would never have been considered.

A world away in San Francisco, Fletcher and his team spend most days virtually walking around the 3-D model of Mendocino County’s new spreading forest, which is scheduled to be completed in 2018. But Fletcher is not motivated by the idea of seeing his design realized; the most important thing is happening everyday in the matrix.

“The act of designing – just doing that – gives me a lot of pleasure,” he says. Digital or physical, the creations are equally real.

E.K. Hudson is journalist who mainly covers architecture and design. Based in New York, she is currently an editorial assistant at Architectural Record and a 2017 grad from Columbia’s Graduate School of Journalism.