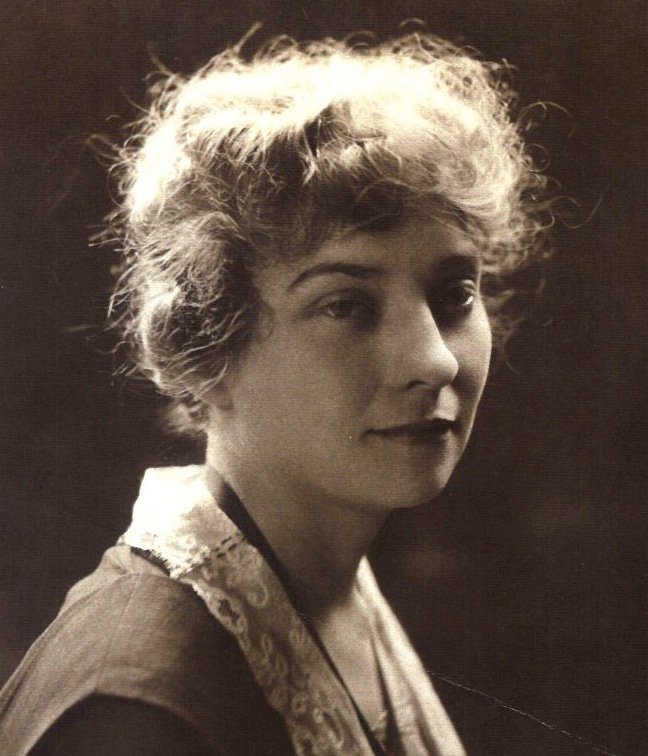 Elizebeth Friedman in her twenties.

While computing pioneer Alan Turing was breaking Nazi communication in England, eleven thousand women, unbeknownst to their contemporaries and to most of us who constitute their posterity, were breaking enemy code in America — unsung heroines who helped defeat the Nazis and win WWII.

Among them was American cryptography pioneer Elizebeth Friedman (August 26, 1892–October 31, 1980). The subject of Jason Fagone’s excellent biography (public library), Friedman triumphed over at least three Enigma machines and cracked dozens of different radio circuits to decipher more than four thousand Nazi messages that saved innumerable lives, only to have J. Edgar Hoover and the FBI take credit for her invisible, instrumental work.

The modern-day universe of codes and ciphers began in a cottage on the prairie, with a pair of young lovers smiling at each other across a table and a rich man urging them to be spectacular.

The two young lovers were Elizebeth Smith and William Friedman, and the rich man, the eccentric textile tycoon George Fabyan. 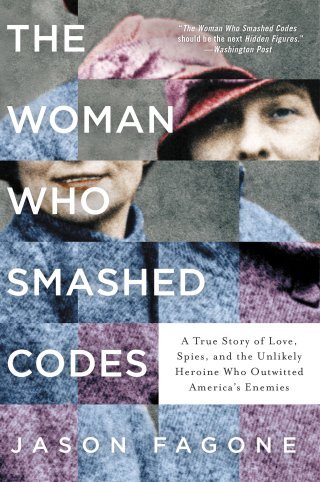 The youngest of nine children raised in a modest Quaker home, Elizebeth was born in an era when fewer than four percent of American women graduated from college. Four years after earning her degree in Greek and English literature, she still felt like “a quivering, keenly alive, restless, mental question mark.” The following year, 1916, she began her improbable career at Riverbank Laboratories — Fabyan’s Wonderland-like estate, where the billionaire had hired Elizebeth to work on the cipher at the heart of a literary conspiracy theory claiming that Francis Bacon was the true author of Shakespeare’s works. At Riverbank, she met William, a young geneticist living in a windmill — one of the many fanciful fixtures of Riverbank — and studying seeds in order to infuse crops with optimal properties as a kind of proto genetic engineering. Over long walks, animated by parallel intellectual voraciousness and shared skepticism of the Bacon cipher conspiracy, the two fell in love. 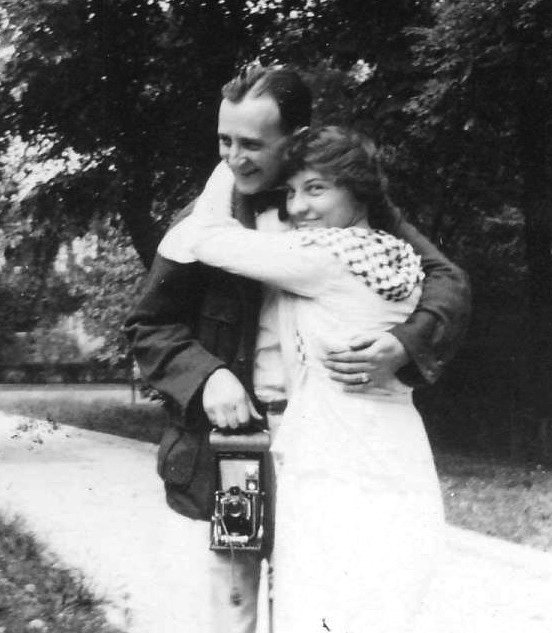 William and Elizebeth were married at Riverbank, where they had begun collaborating on cryptographic work. The papers on the subject they wrote together — though always published under William’s name alone — soon spread their reputation beyond Riverbank. Cryptography was new then, new and thrilling and full of unmined possibility for government intelligence, and so the U.S. Navy eventually recruited the Friedmans. Fagone writes:

The savaging of Nazis, the birth of a science: It begins on the day when a twenty-three-year-old American woman decides to trust her doubt and dig with her own mind.

The room is dark but her pencil is sharp. An envelope of puzzles arrives from Washington, sent by men who have the largest of responsibilities and the tiniest of clues. With William she examines the puzzles. He is game, he looks at her with eyes like little bonfires, he is in love with her. She is not in love yet but she would not be ashamed to fall in love with such a bright and kind person. She stares at the odd blocks of text and starts to flip and stack and rearrange them on a scratch pad, a kindling of letters, a friction of alphabets hot to the touch, and then a flame catches and then catches again, until she understands that she can ignite whenever she wants, that a power is there for the taking, for her and for anyone, and nothing will ever be the same. The ribs of a pattern shine through. Something rises at the nib of her pencil and her heart whomps away. The skeletons of words leap out and make her jump.

Elizebeth began working for the U.S. Coast Guard Intelligence Division, intercepting and deciphering the encrypted radio messages by which international and domestic smuggling operated. She fused her literary passion with formidable logic to do work hardly anyone else in the country knew how to do — work that didn’t yet have a proper name. Fagone writes:

All her life she had celebrated the improbable bigness of language, the long-lunged galaxy that exploded out from the small dense point of the alphabet, the twenty-six humble letters. In college she trained herself to hear the rhythms of playwrights and poets, the syllables that slip from the tongue in patterns. Tennyson:

But before, she had gone no further than chopping lines into meters. She left the words in their boxes, intact. Codebreaking required more drastic measures. Now Elizebeth had to shake the words until they spilled their letters. To rip, rupture, puncture, chisel, scissor, smash, and scoop up the rubble in her arms. To chip off flakes from the smooth rock of the message and place them in piles and ask questions about them. It involved a kind of hard-hearted analytic violence that she had never contemplated before. It was reaching into the red body of the text until the hands dripped with blood… “The thrill of your life,” Elizebeth said later, describing how it felt to solve a message. “The skeletons of words leap out, and make you jump.” 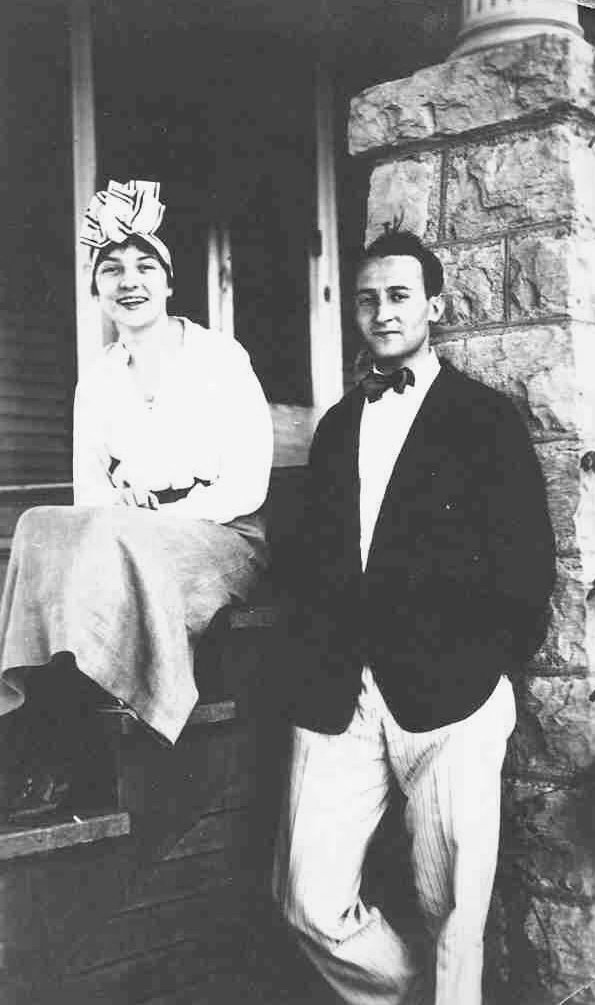 Although William and Elizebeth worked side by side, often on different classified problems they didn’t share with each other, he always considered her his intellectual superior. More than that, Elizebeth was William’s unfaltering succor when he slipped into depression as World War II began darkening humanity’s horizons. He wrote to her in a letter:

I’ve known for a long time that you are the one in back of me and responsible for what little I’ve done. Had it not been for you I’d have been sunk long ago by unsolved infernal conflicts, by windy storms of emotion, by failure to keep up the fight when things seemed not worthwhile. . . . I know how much I owe to you — for love, for wisdom, for courage, and common sense.

By the time the war engulfed the world, Elizebeth Friedman was America’s foremost mind decrypting Nazi communication, using the weapons she had always wielded with uncommon skill: pencil, paper, and perseverance. Fagone writes:

A telegram arrived in Elizebeth’s office from a magazine writer in New York. “PLEASE COOPERATE BY ANSWERING QUESTIONS BELOW BY RETURN SPECIAL DELIVERY TO ME,” the man wrote. “FOR WHAT DEPARTMENTS DO YOU DECIPHER MESSAGES? HOW MANY HAVE YOU DONE? WHAT TYPES? SENT BY WHOM? HOW DO THEY FALL INTO YOUR HANDS? . . . LIKES, DISLIKES, SUPERSTITIONS HAVE YOU, ANY FURTHER ANECDOTES OF HUMAN INTEREST, HUMOR, OR UNUSUAL EXPERIENCES WOULD BE APPRECIATED.” Across the bottom of the telegram, in large letters, Elizebeth scrawled in disgust, “Ad Absurdum!”

She was now the most famous codebreaker in the world, more famous even than Herbert Yardley, the impresario of the American Black Chamber. And she was more famous than her husband, too — a reversal from the longstanding pattern. 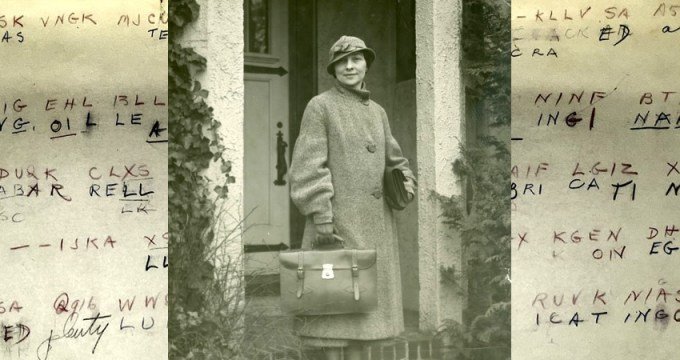 Elizebeth Friedman, circa 1940s, with her handwritten cryptanalysis.

And yet despite her formative contribution to cryptography as an instrument of military intelligence and the genius with which she operated the instrument to save incalculable lives, Elizebeth Friedman received no public recognition for her work in her lifetime. Part of it, no doubt, was due to the classified nature of the work — even Alan Turing, after all, died a tragic hero murdered by the very government he had served, his compatriots unaware of the millions of lives he had saved. But a big part of it, too, has to do with the long history of women in science being denied recognition for their landmark work — from Lise Meitner and the discovery of fission to Jocelyn Bell Burnell and the detection of pulsars to Vera Rubin and the confirmation of dark matter. Instead, FBI director J. Edgar Hoover, unconstrained by the secrecy oaths Elizebeth had taken and unscrupulous about manipulating the press and the public, undertook an effort to erase her from history and take credit for her work. But the evidence Fagone and other scholars have uncovered in the decades since speaks for itself:

Three of the index cards in William’s collection contain brief, verifiably true comments about how J. Edgar Hoover and the FBI took credit for feats of spycatching actually performed by Elizebeth and the coast guard. These comments were obviously written by Elizebeth — William wasn’t in a position to know. Each card is a knife slipped between the ribs of Hoover, Elizebeth’s patient revenge.

She intended to use all of these archives to write her own story. She never got around to it. Maybe she lost hope. But the files are exactly where she left them, the fragments of an extraordinary life. The files have a weight to them, a texture. They can’t be erased any more than Elizebeth’s legacy can be erased, because her legacy is embedded in our lives today, in our smartphones and Web browsers, in the science that powers secure-messaging apps used by billions, in the clandestine procedures of corporations and intelligence agencies and in the mundane software loaded onto the iPhones in our pockets.

With an eye to this bittersweet redemption, Fagone considers Elizebeth Friedman’s unassailable legacy:

Secret communication is still a dance of codemakers and codebreakers, locks and lockpickers. The locks are different now, of course. With computation as an aid, everything has been massively sped up and mathematized beyond anything Elizebeth would have comfortably understood. But the game is still based in patterns. Someone designs a pattern that looks like mere clutter, and someone else tries to rearrange the clutter into a picture. Over and over again, gazing at what seemed random in the world, Elizebeth found a tiny spot of sense, and then she stood on that spot and invented a system to transform the rest of the landscape all the way out to the horizon, and this is still the process today. Codebreaking is work and patience and method and mind. And Elizebeth had more of these qualities than perhaps anyone else in her time.

Part fascinating cultural history, part homage to an unsung heroine, and part uncommon love story, The Woman Who Smashed Codes is a fascinating read in its entirety. Complement it with the story of the unheralded women astronomers who shaped our understanding of the universe long before they could vote, then revisit Alan Turing’s beautiful and heartbreaking letters on love and loss.